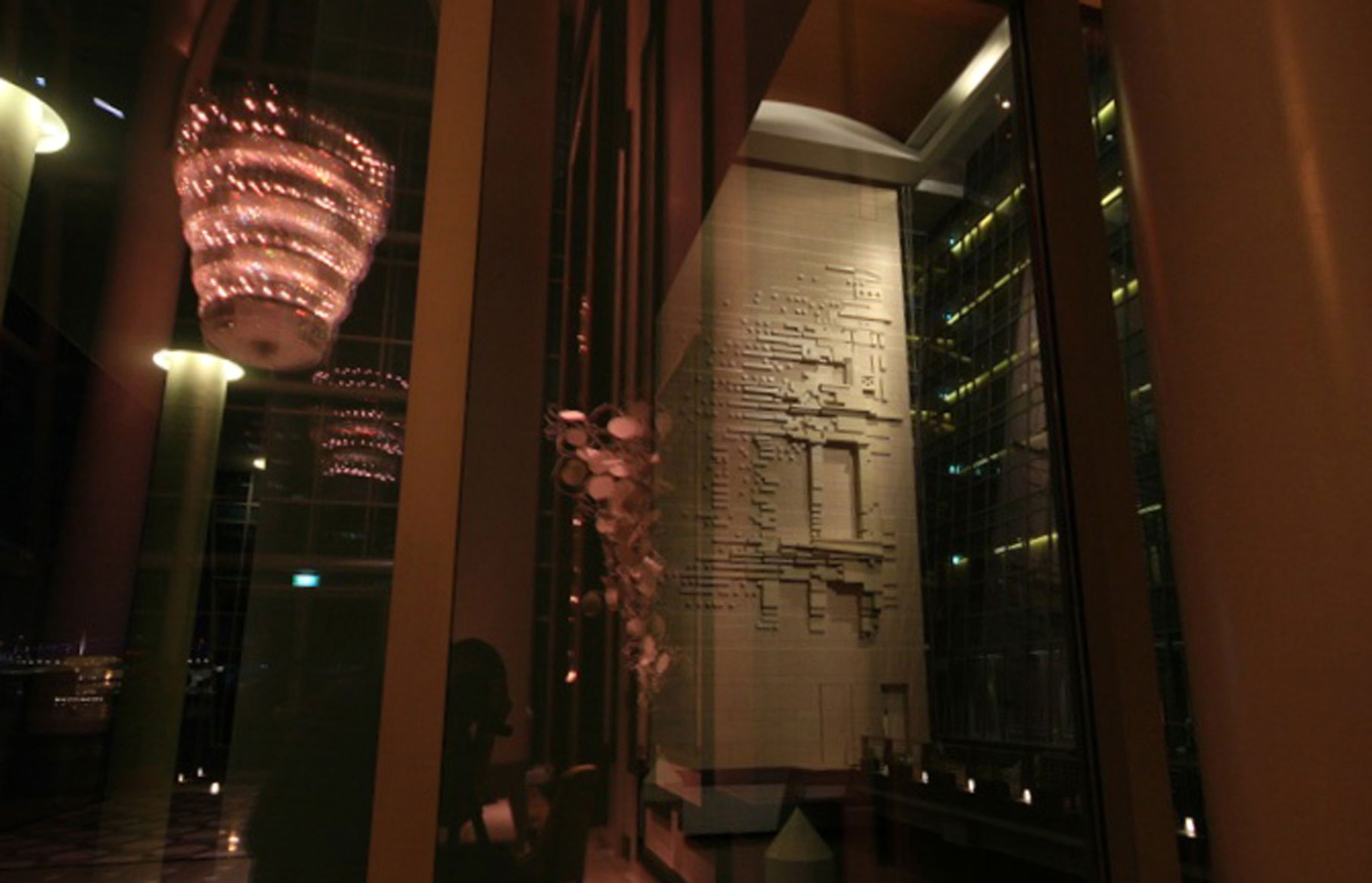 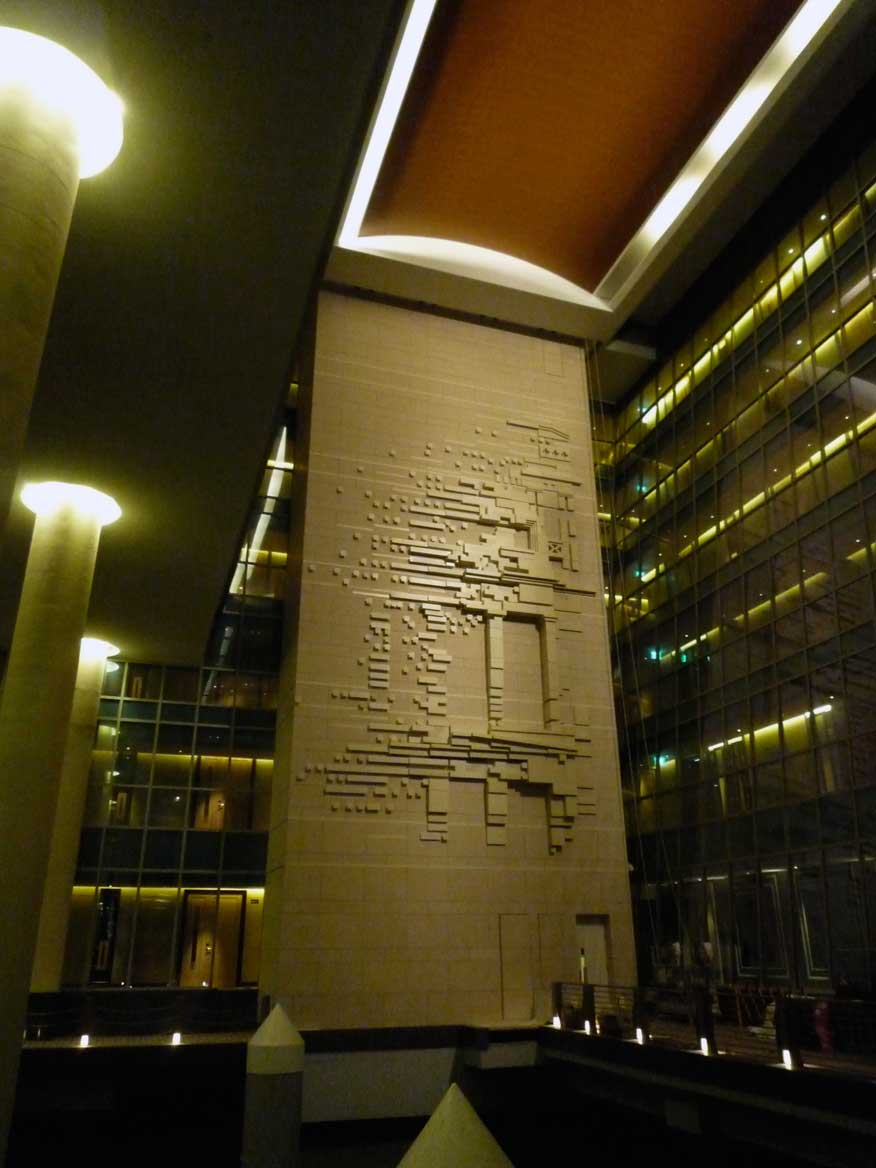 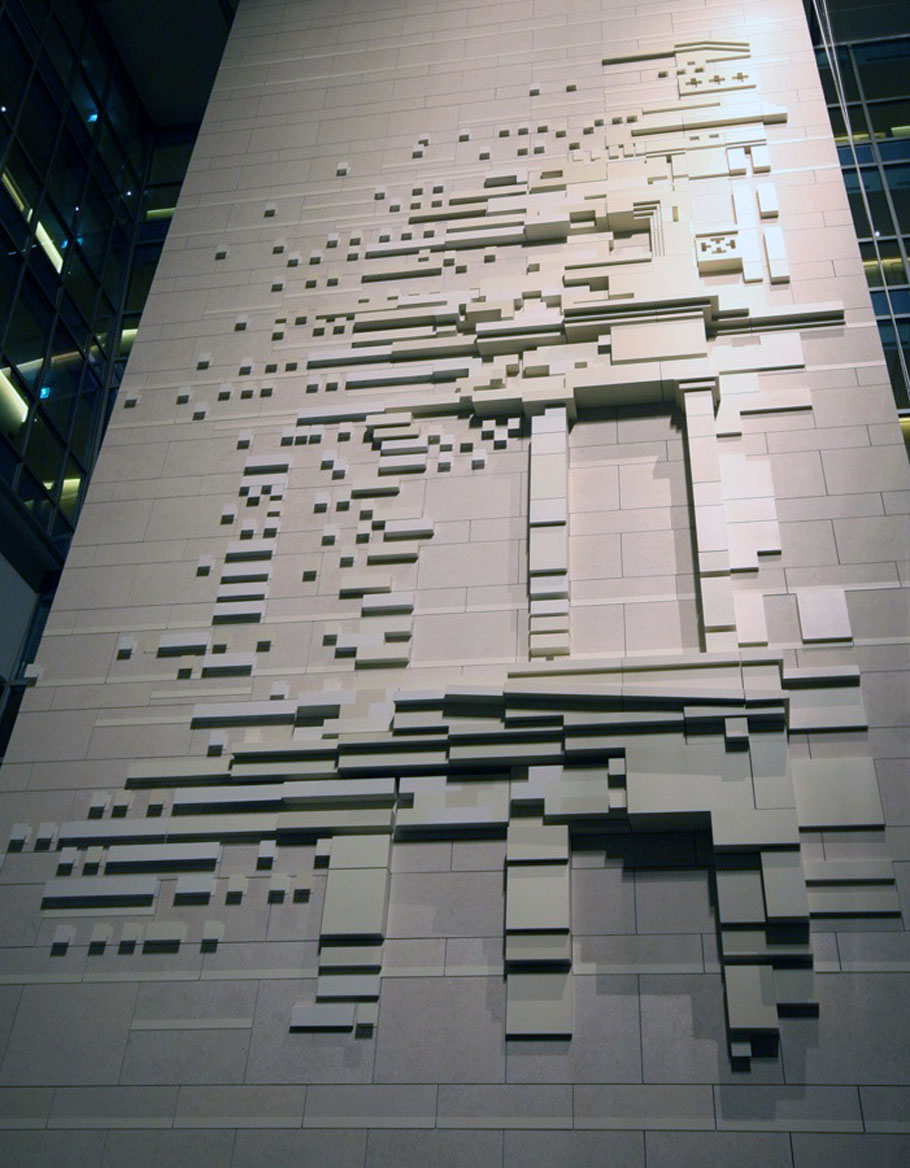 The Fullerton Bay Hotel was one of Sino Land key project around the Marina Bay development competition in Singapore.
Born as a satellite of the Fullerton, the FBH has now became simply one the most exclusive place to be in the city.

More than a collaborative work, this was rather a rescue mission!. However, the location was fascinating and extremely rich in historical connotations. This quay is where the colons were landing for a brand new life in Singapore during the colonial era.
And in the new built Fullerton Bay Hotel, a 22 meters high by 9 meters stone wall was standing in the open air atrium to be seen from every floor.

It is in that context of dialogue in between communication and history, that I wanted to recall on that wall, the Fullerton building which was the city’s General Post Office from 1874 until 1996.

Designed in a more contemporary language, the pixelized forms creates shadows and give the illusion of movement before to build the original GPO’s facade which seems to emerge out of the wall, reflecting an indelible track of the city’s past.

On this Singapore’s quay, Heritage is the city’s future keystone.