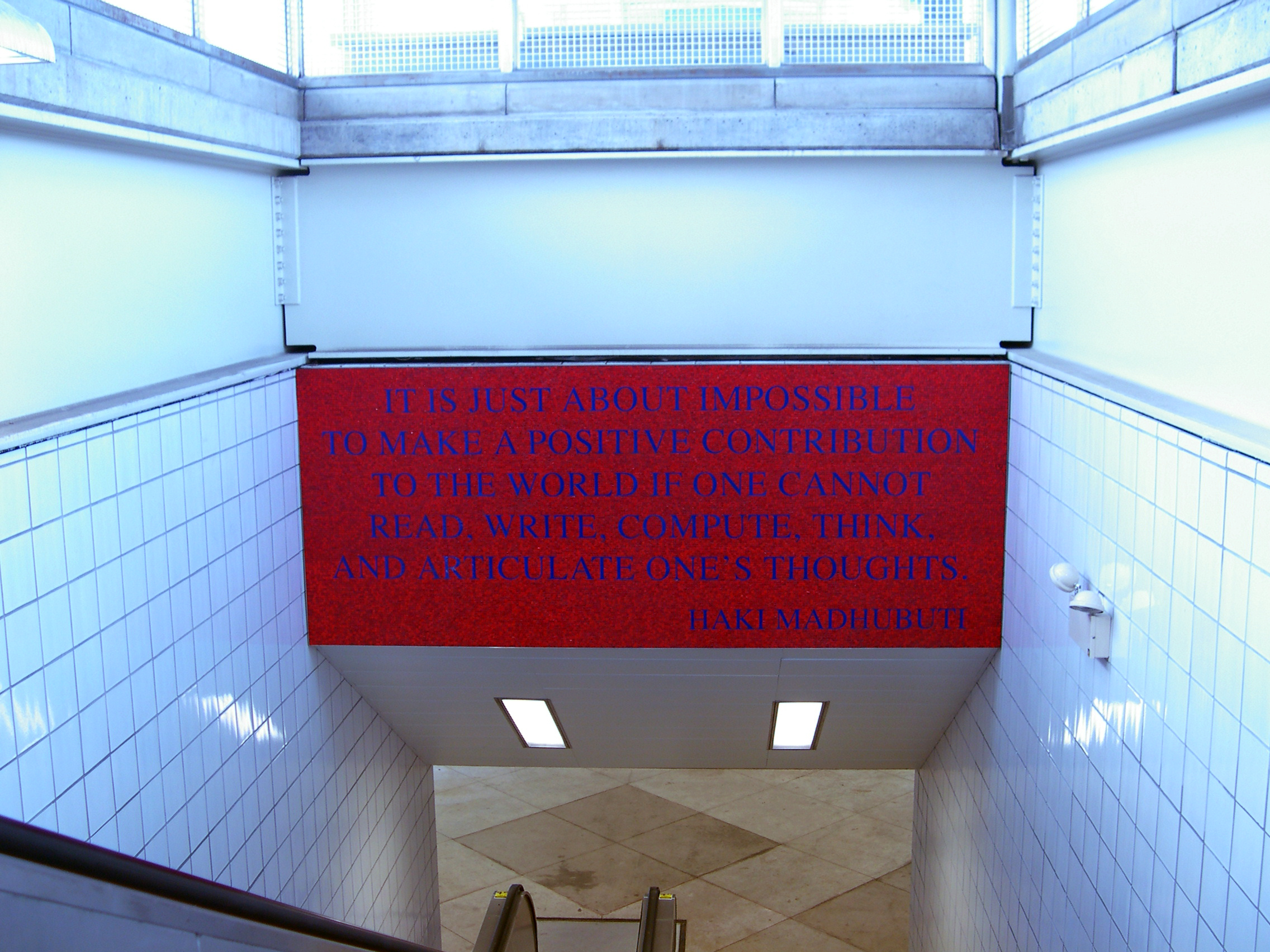 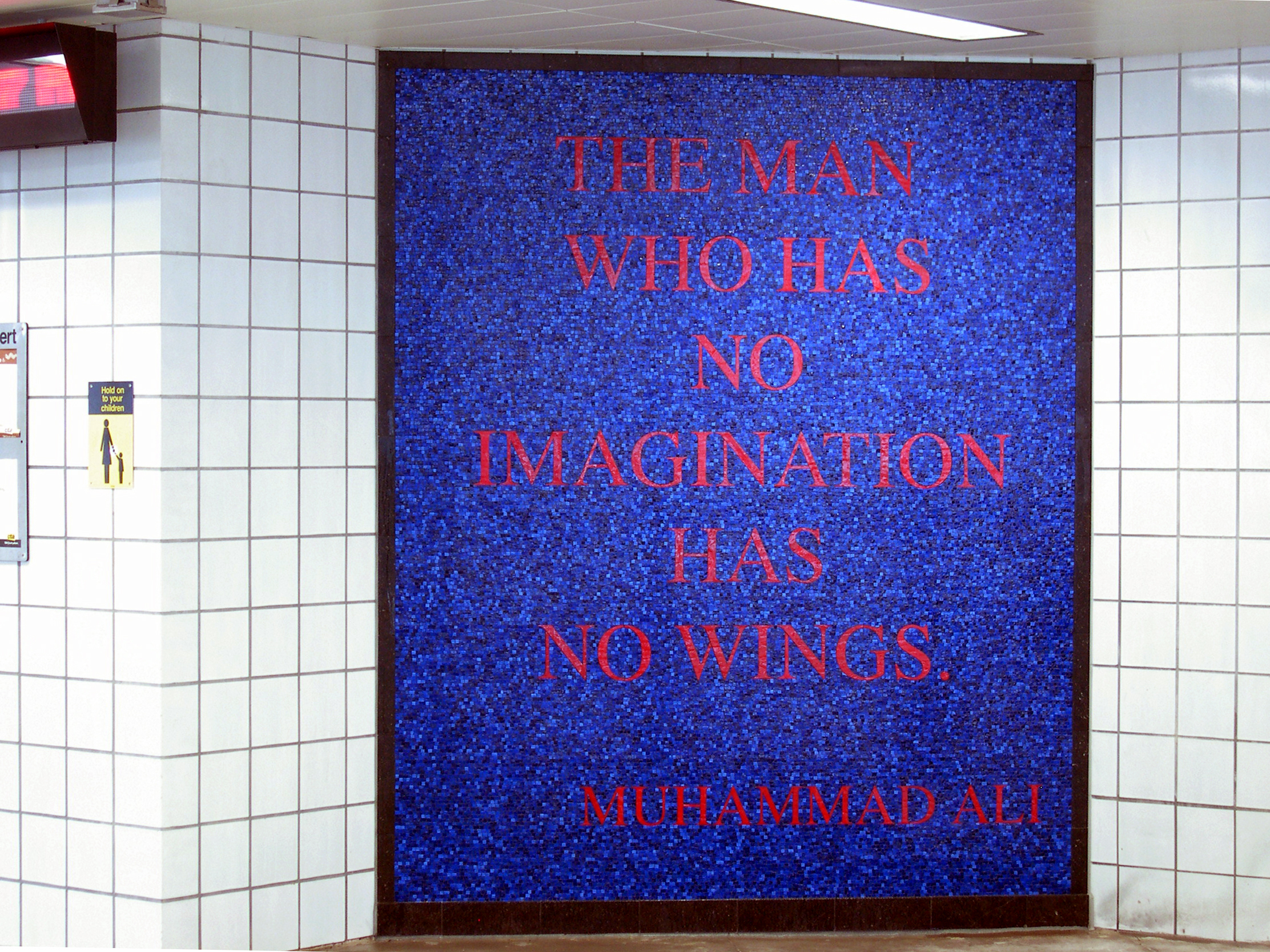 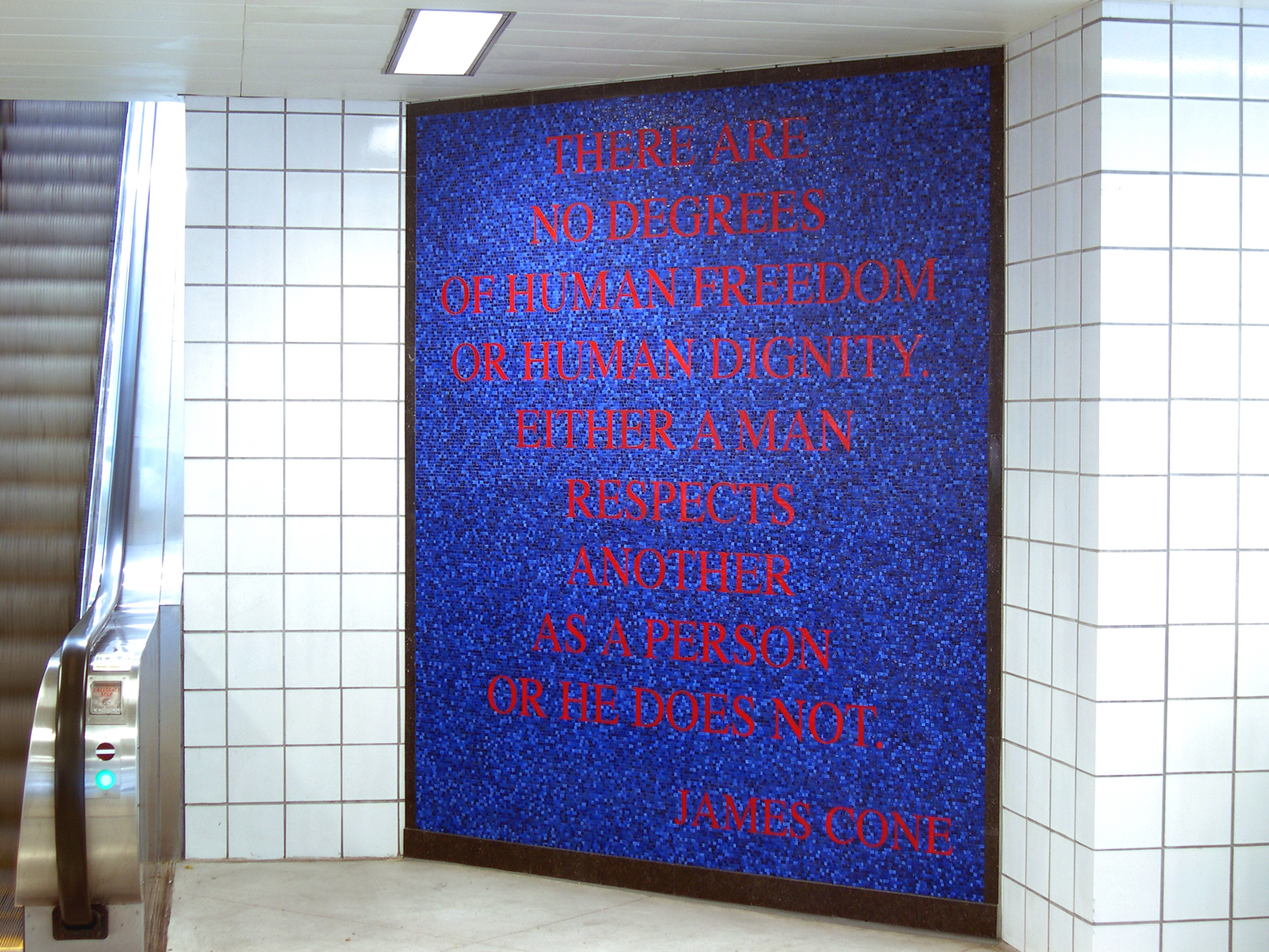 The project brief called for durable mosaics to be installed on the two walls on either side of the newly installed escalators leading up to the station platform. I managed to stretch the budget to include a third wall above the escalators, facing downwards. Total square footage of each panel: panel 1: 73.2 s.f. ; panel 2: 71.5 s.f. ; panel 3: 45.8 s.f.

This work consists of three large scale quotes on three walls within the station. This enables the project to be “read” by passengers moving in both directions through the station. Each of the mosaic panels is constructed using Byzantine-style cut glass mosaic tiles, of a kind that have been essentially used in mosaic-making for at least 2000 years. The juxtaposition of this beautiful and visually seductive surface, with its historical associations, with the open-ended and complex sentiments embodied within the quotes that were chosen, all set within the structure of a newly renovated CTA station, creates a dynamic that will continue to resonate in the eye and mind of the viewer who passes through the station on a daily basis.
By representing broad ideas about what it means to be human through the words of contemporary figures, a triangulation of meaning has been created within the site. The quotes that were chosen reflect a wide-ranging approach to human thought and understanding. Each of the three individuals whose quotes are used was a pioneer in their field, and each has a degree of connectivity to Chicago (see below for further elaboration).

Working with community members, we chose these final quotes from a long list that was originally proposed and submitted. We also produced a booklet about the project and its place within the community.

Haki Madhubuti is a Chicago-based poet and publisher who founded the Third World Press. Muhammad Ali, the original archetype for the modern athlete as public figure, has spent significant time in Chicago and founded the Muhammad Ali Community and Economic Development Corporation, an organization that teaches job skills to low-income public housing residents in Chicago. James Cone, a minister, writer and currently professor at the Union Theological Seminary in New York, received his M. A. and Ph. D. from Northwestern University.