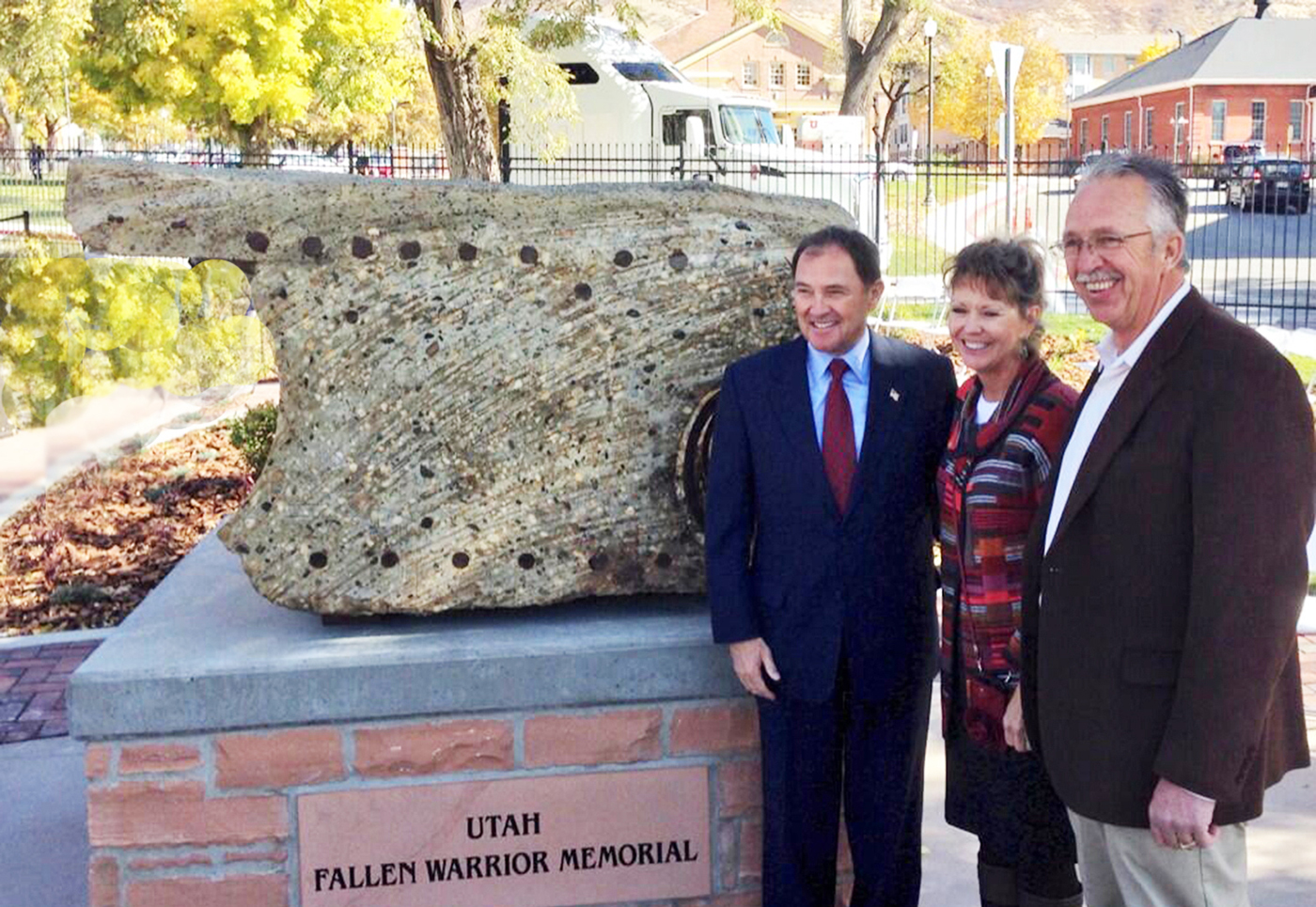 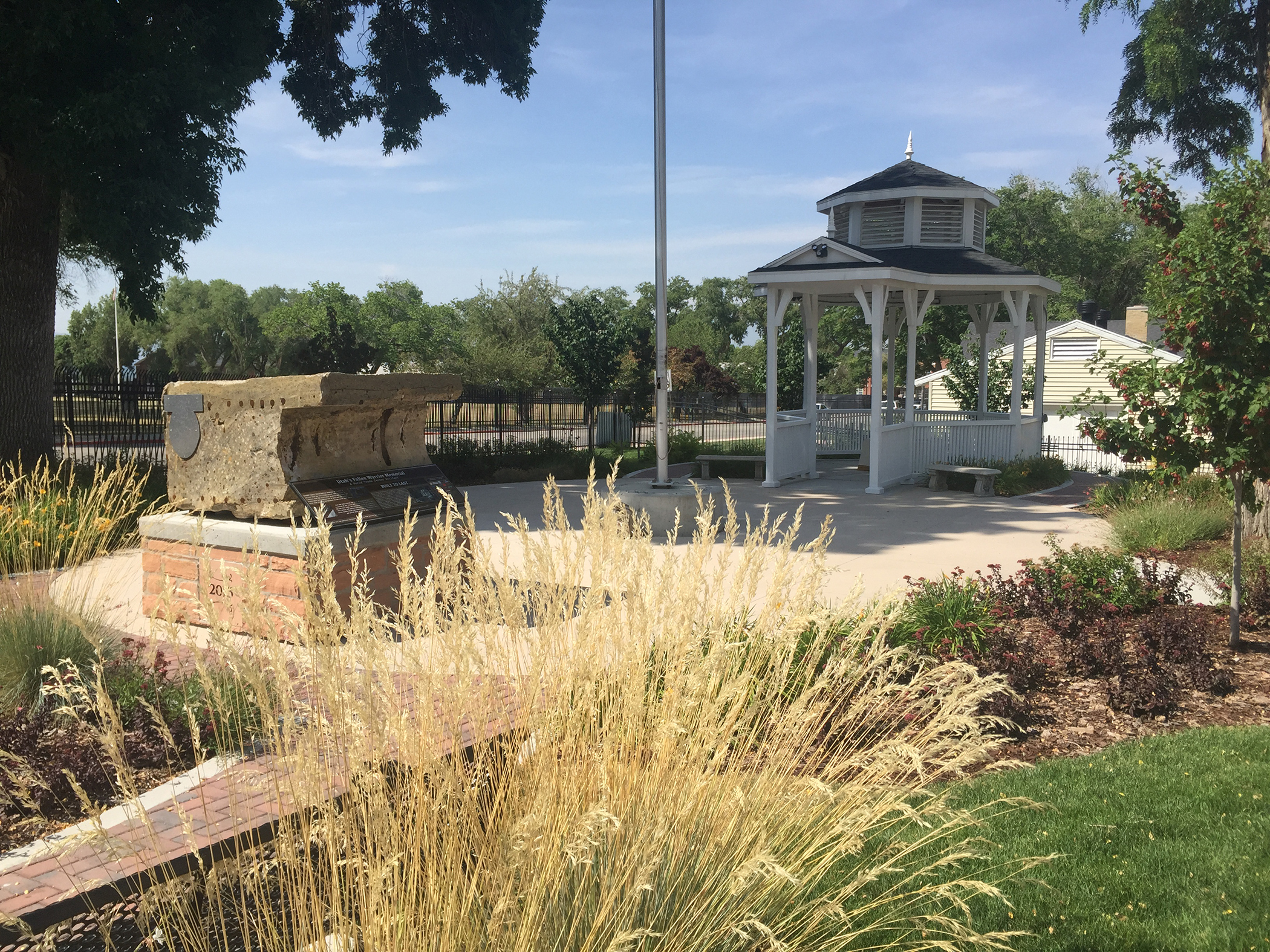 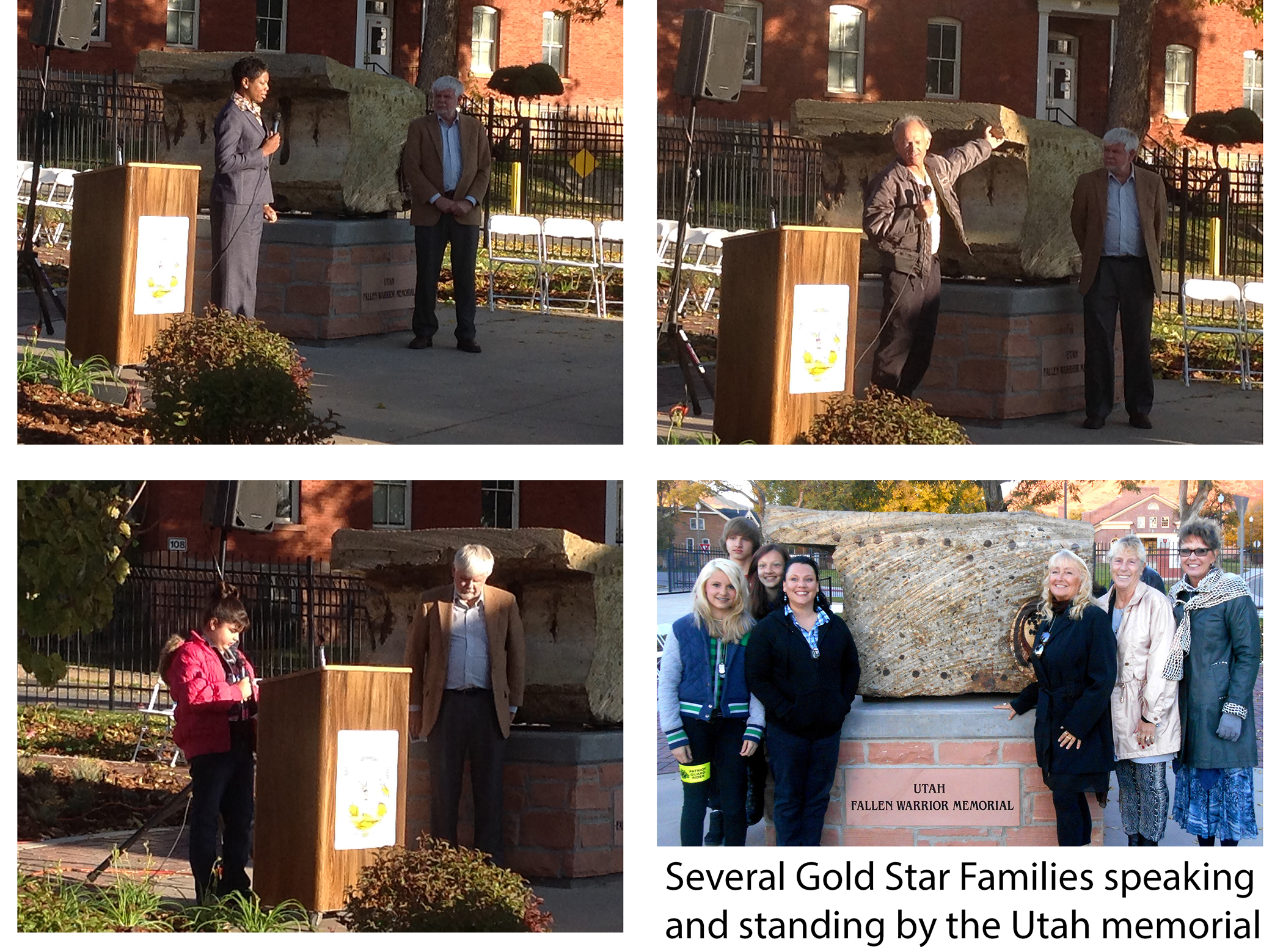 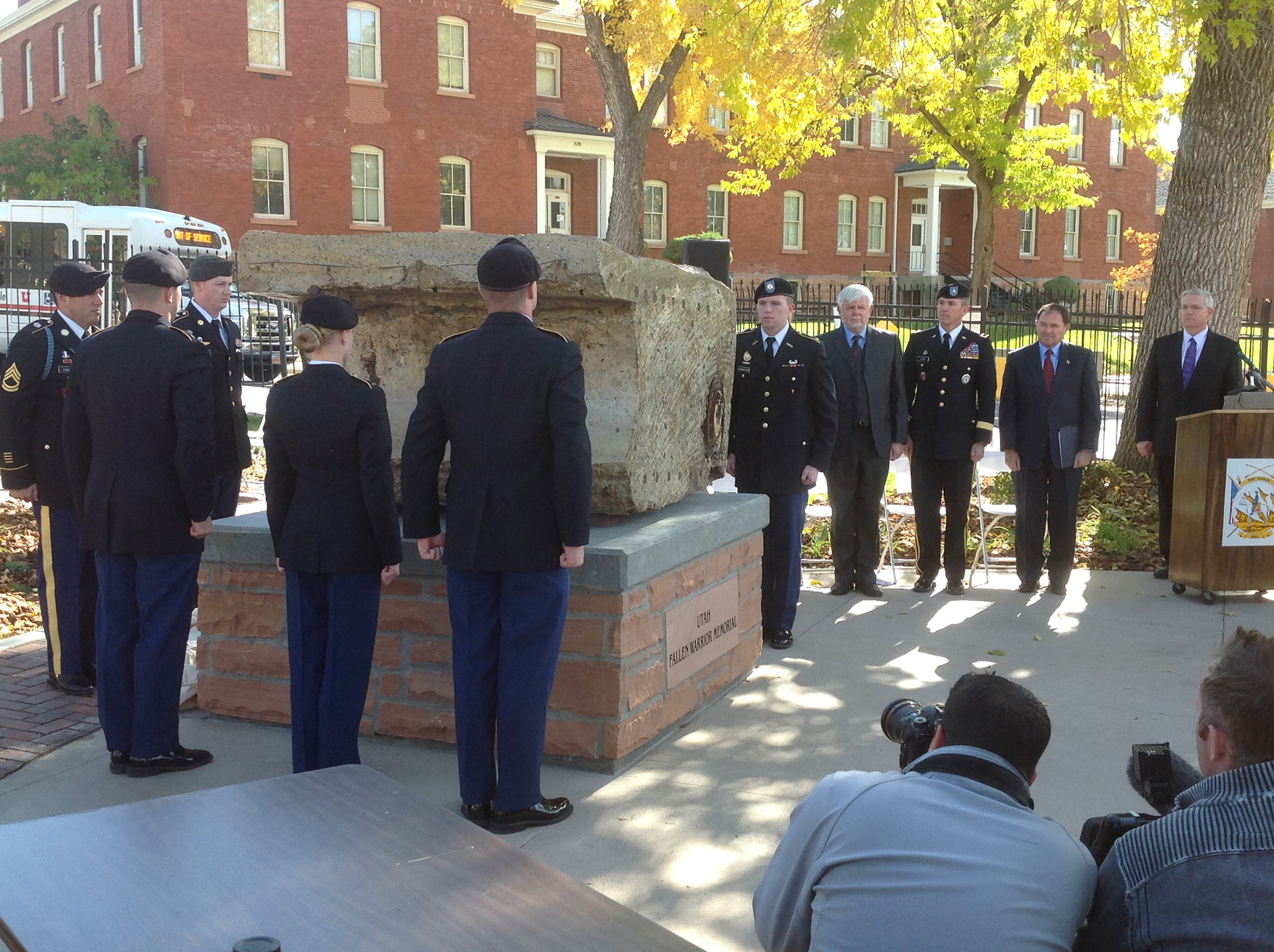 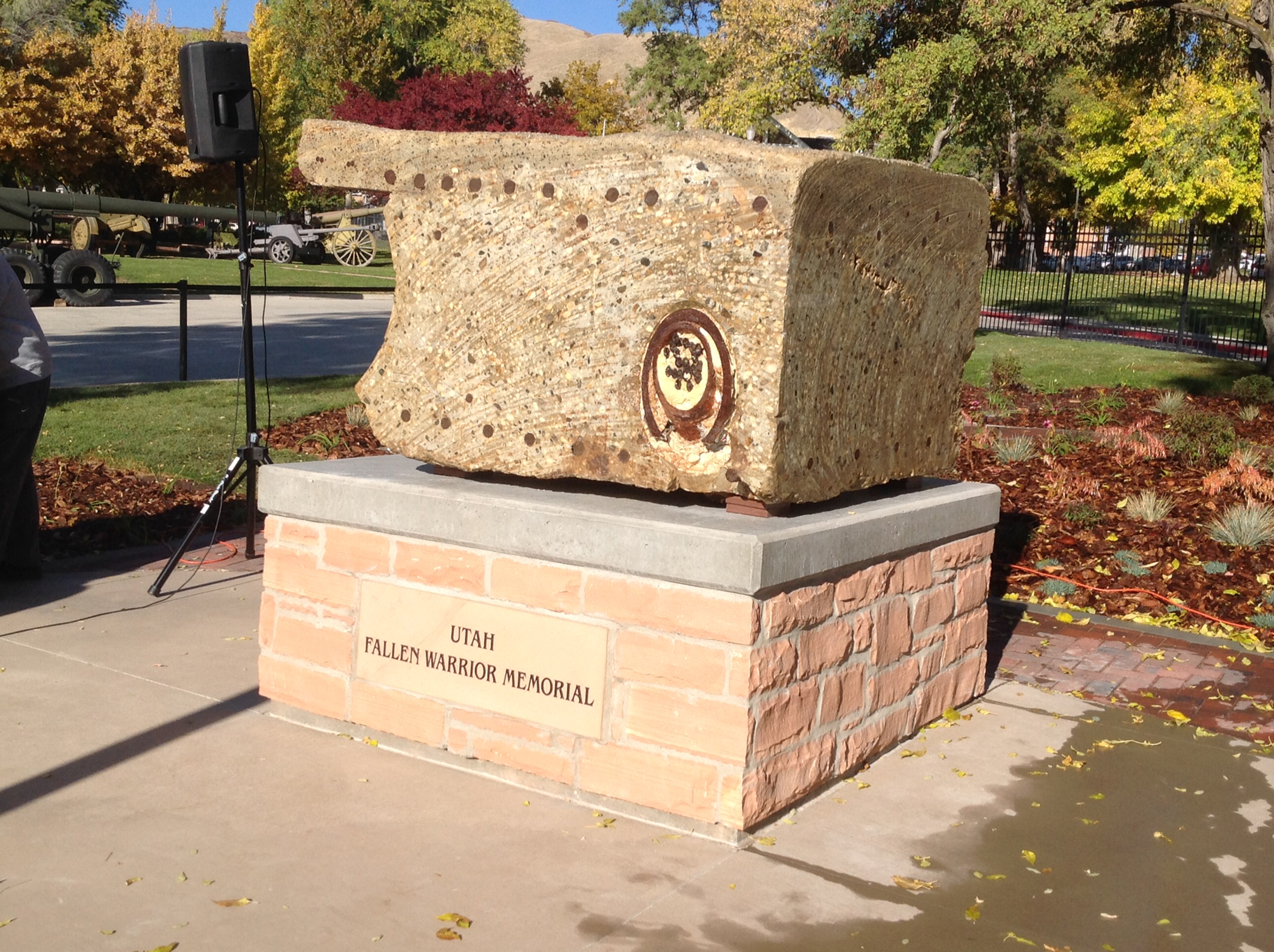 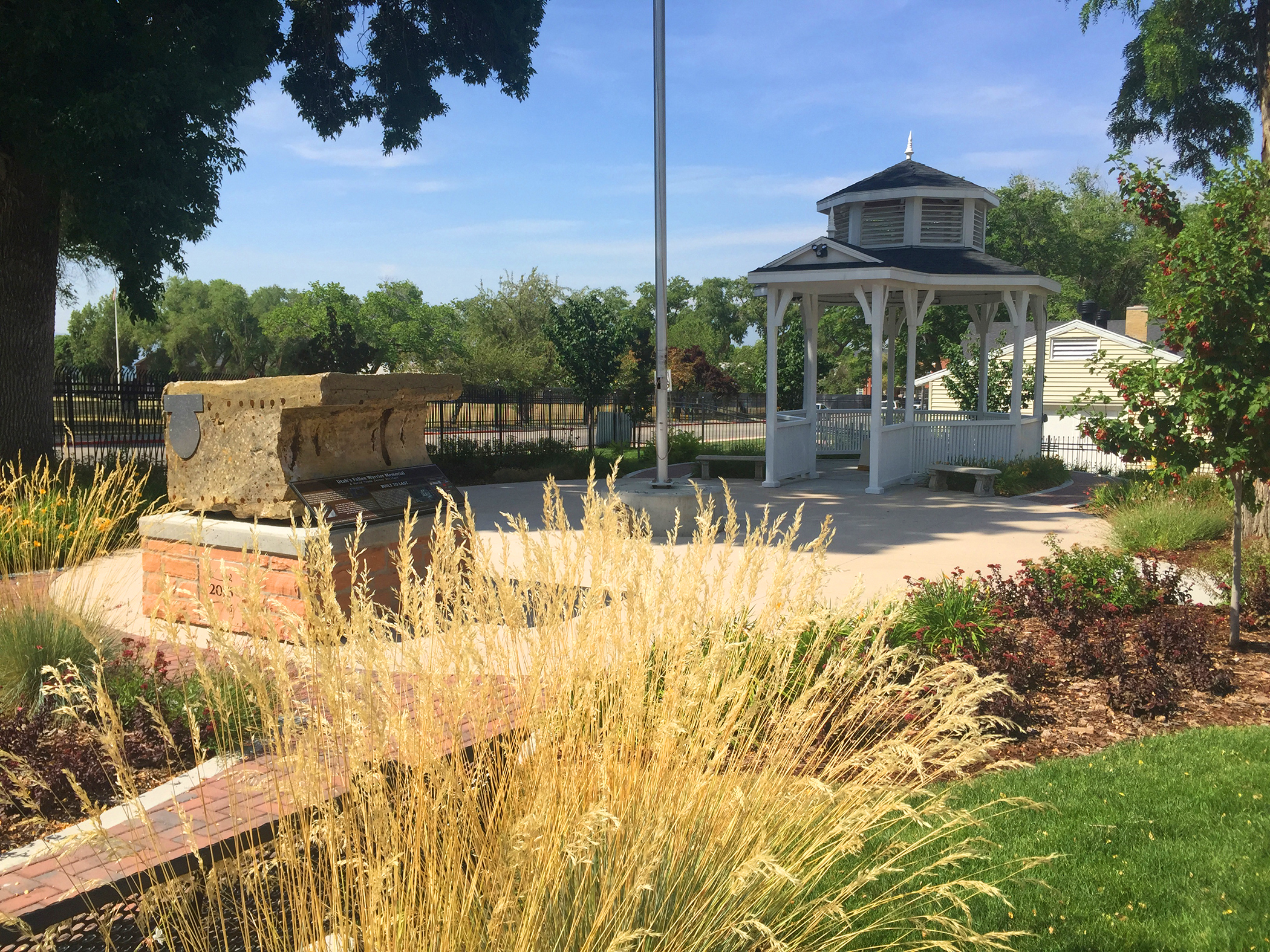 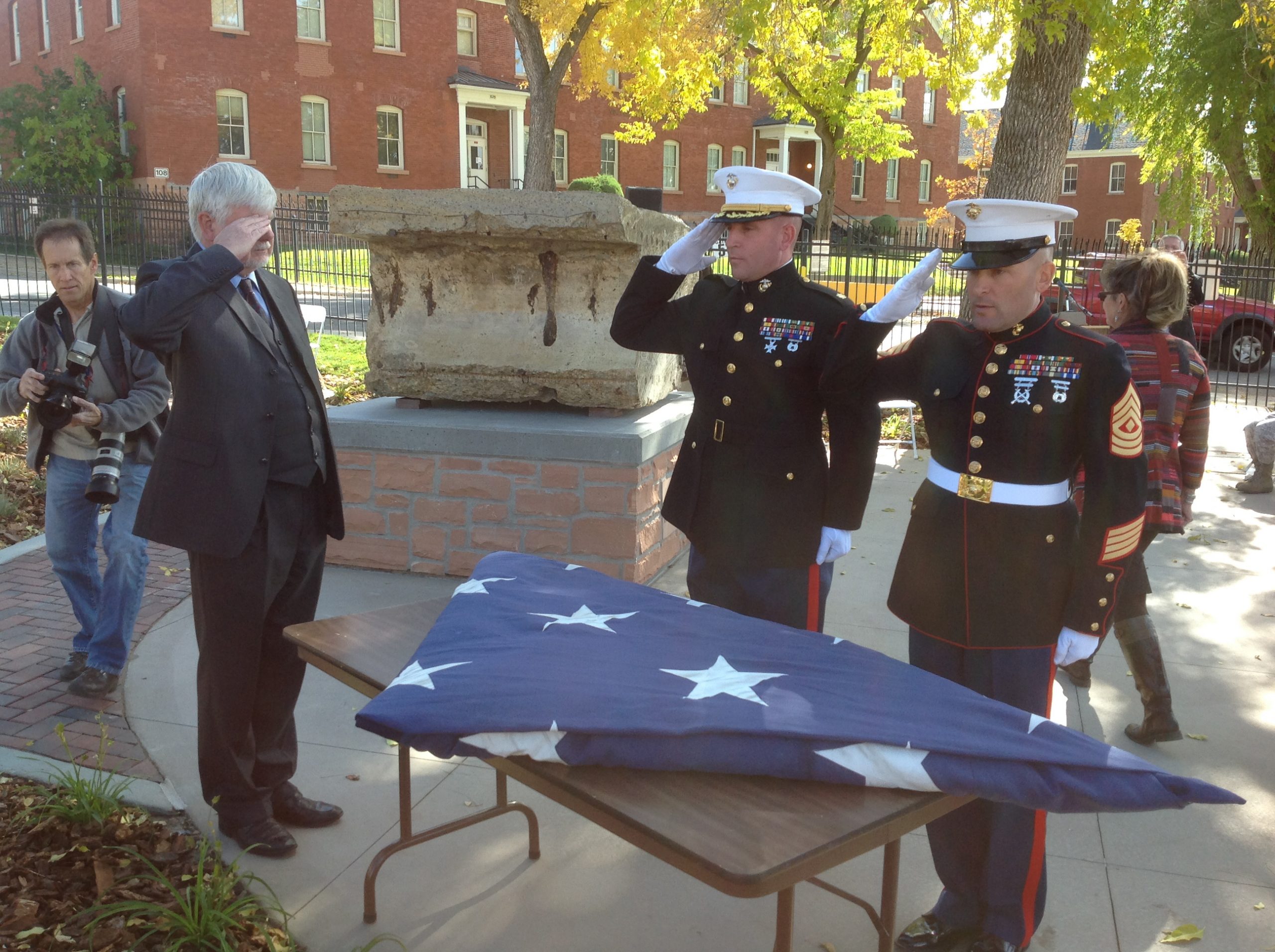 This sculpture named the Utah Fallen Warrior Memorial is but one of 17 national 9/11 memorials being placed in the United States. It is made out of a 15,000 lb. cut out section of the original concrete slurry wall that surrounded the Twin Towers. This sculpture was designed as a wave of positive motion moving forward and away from September 11 honoring the men and women of all branches of the armed service who have perished while protecting this great nation of ours.

Once this sculptures location in Utah was chosen at the Fort Douglas National Military Museum, the entire community came together to welcome it on a 1.5 acre of land where they built a park with gazebo around its arrival. It took two years for the sculpture and park to be completed into what we know today. This sculpture was completed in July of 2015, as its final stages of polishing and sealing for its permanent placement were completed. Now, over 200 Gold Star military families who have lost loved ones, from the Gulf War to the present day, gather two times a year, around this very sculpture to remember their loved ones with food, drink and stories to never forget them. I am so humbled by this sculpture, as I am of all the others ones being placed in the Project 911up series. All memorials serve a grand purpose to remember and honor people and places.

In the art world, people think that larger commissions come by the way of philanthropic endeavors but it's not always so. The person who made this happen is named Michele Rosenberger. An Army Veteran who served in Afghanistan in 2004 and works at a 7-11 in Fort Myers, FL. I met her one day as she came to my studio to see the sculptures I was working on.She was so moved by them that when she heard of a memorial that was being sought by a group of Utah folks, she called them personally and told them about my project. Things moved pretty fast after that. I worked with the staff at Fort Douglas and the people who were raising funds on their end to support fundraising for this sculpture. They had a fundraising dinner in Salt Lake City that I attended and spoke at. I also had assistance here in Florida with concrete cutting companies and heavy duty equipment to lift and ship the sculpture. Most of all though, I got to learn a little bit more about the Gold Star Families involved and to listen to their remembrances of their loved ones lost.

I am honored to be the one in charge of Project 911up as the only pieces of the concrete slurry wall that were salvaged for an artists touch into memorials. This one of a limited series of only 17 cut out sections saved after the wall had to be cut out to bring in the new subway tunnel. One sculpture already is in Bethlehem, PA and another is being delivered to the Flight 93 Memorial Chapel on or before 9/11/2018. This concrete is now 50 years old and can be part of our National Historical Registry. 911up.com