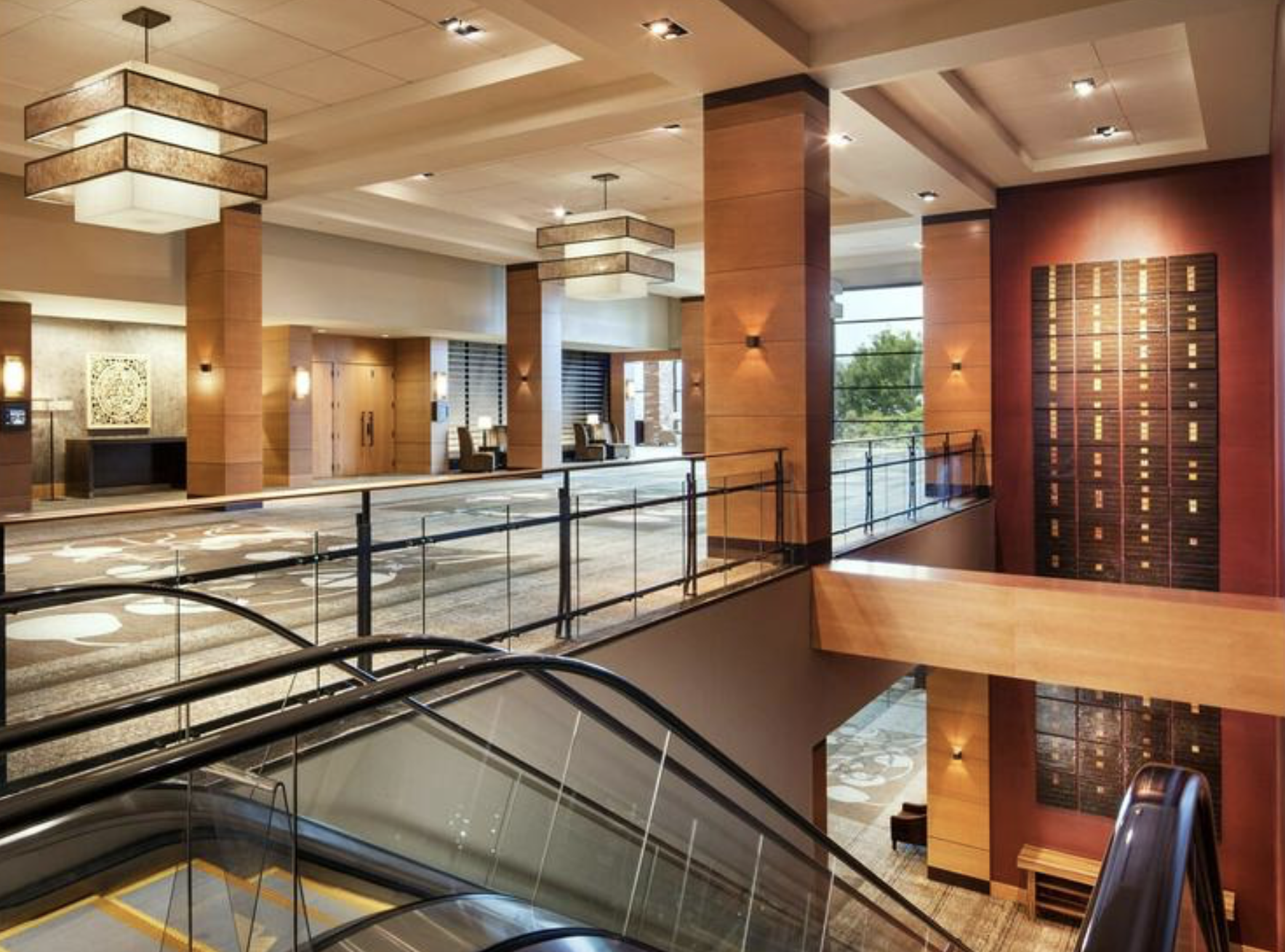 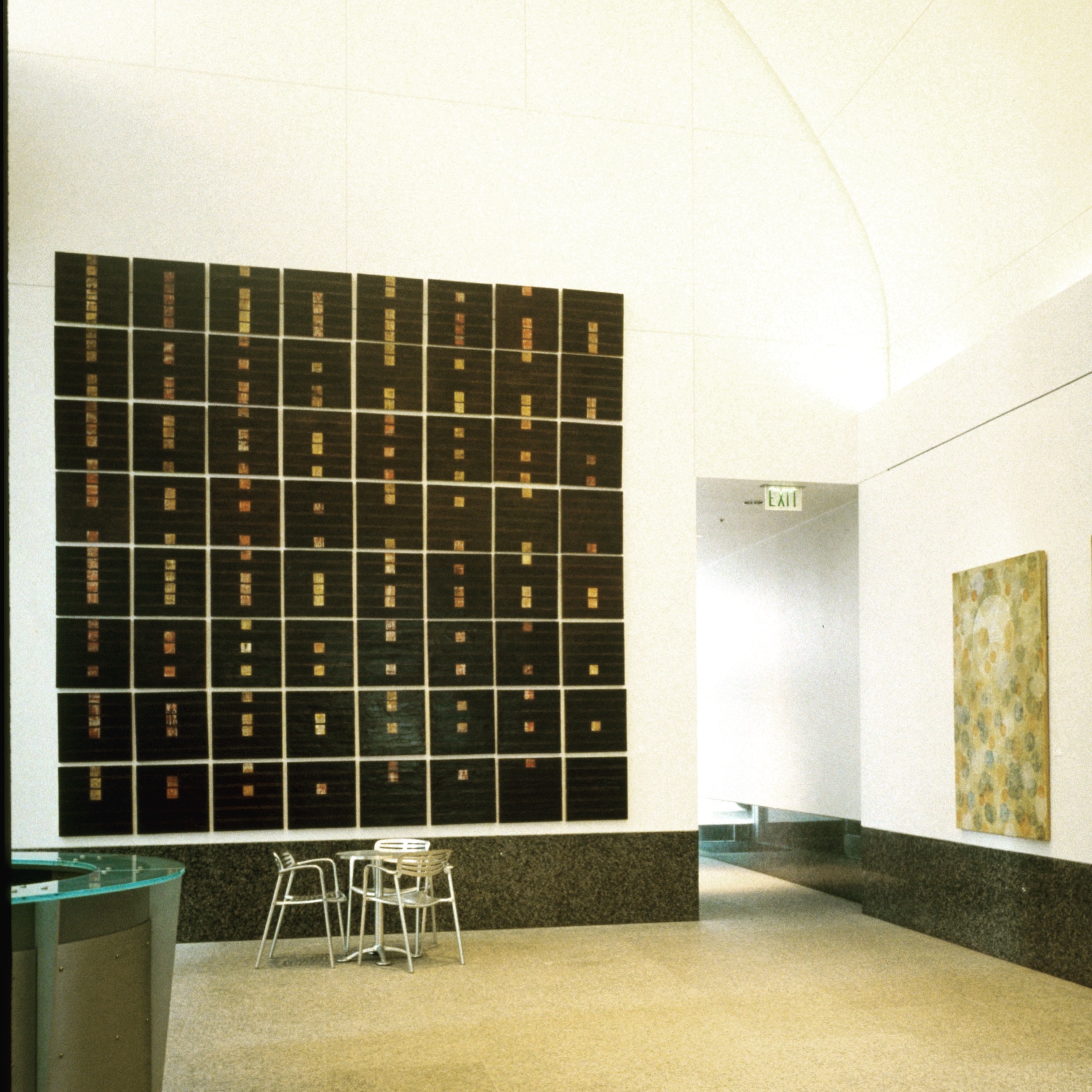 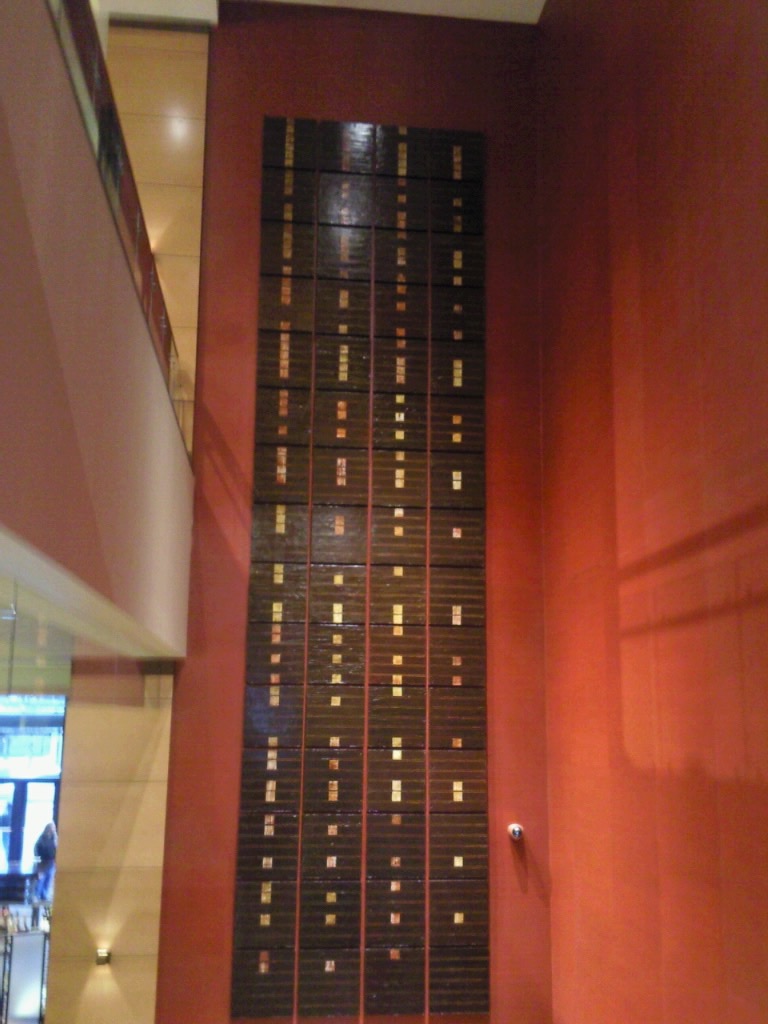 “Primal Squares” a 64 panel piece that hangs 24 feet tall and about 6 feet wide is a stunning addition to the two story wall at the escalators at the Hyatt Regency in Bellevue Washington. The painting was first hung as a 14 foot square at the TransAmerica II building in San Francisco, California in September 2001. The piece was painted with oils over a textured background on wood panels each 15″ square, and was designed to be hung in multiple configurations.

The Bellevue Collection is a collection of art spread over three properties. I was honored to be included in this collection built around the belief that a positive relationship between art and community reveals a historical continuum and provided a legacy for future generations. My piece based on the I Ching, an ancient eastern book of wisdom fit perfectly into their overall plan.

I received this commission through Arterra, in Bellevue Washington. They presented my work for the project and this piece was chosen. Originally I was to re-create a similar piece for their specific space, however for budget and timing reasons they chose to purchase and install the existing work. I worked with them to fin within their tighter budget so selling them the existing piece was paramount to meeting the budget. Negotiations over this project covered two years of planning.