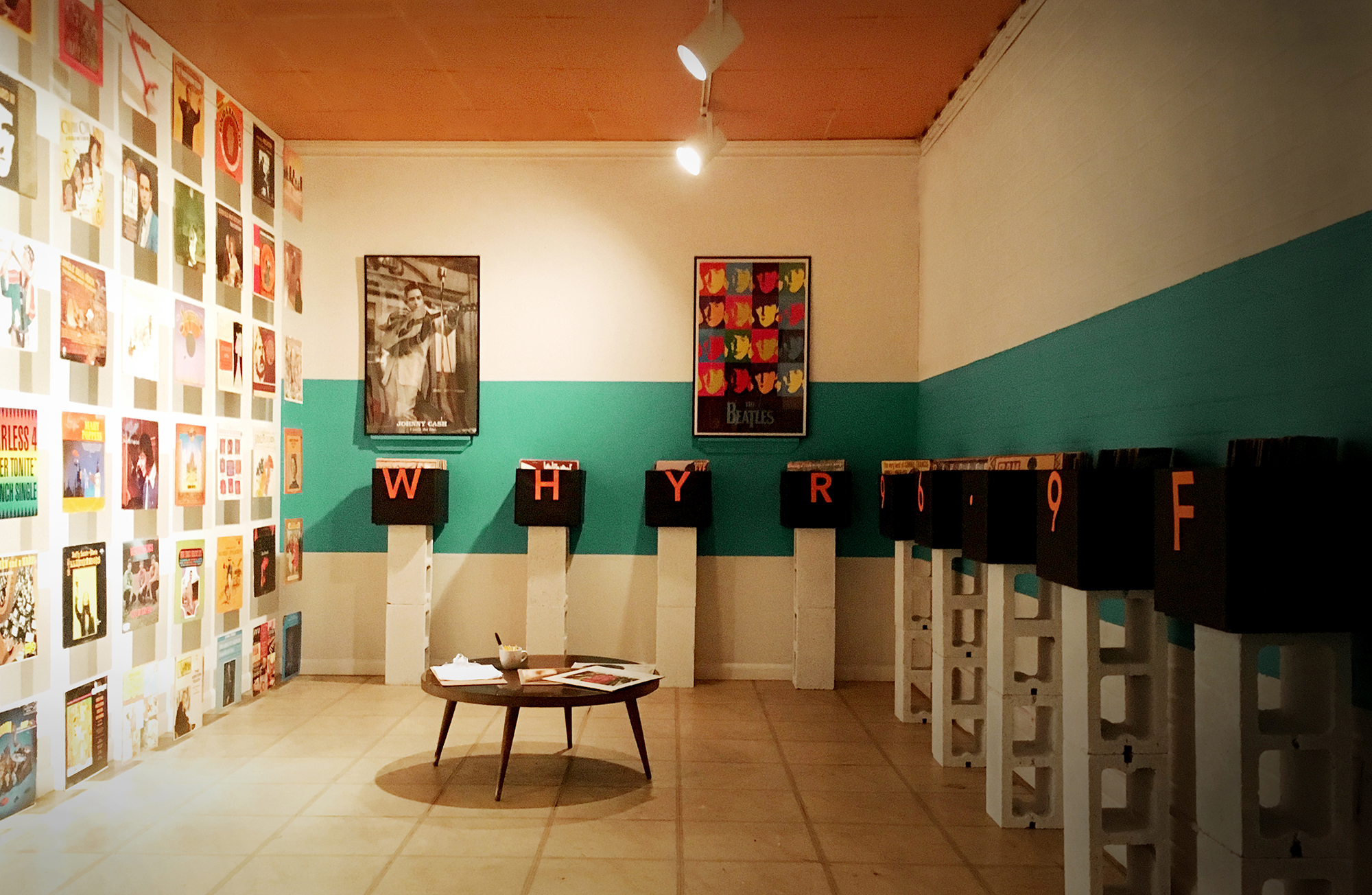 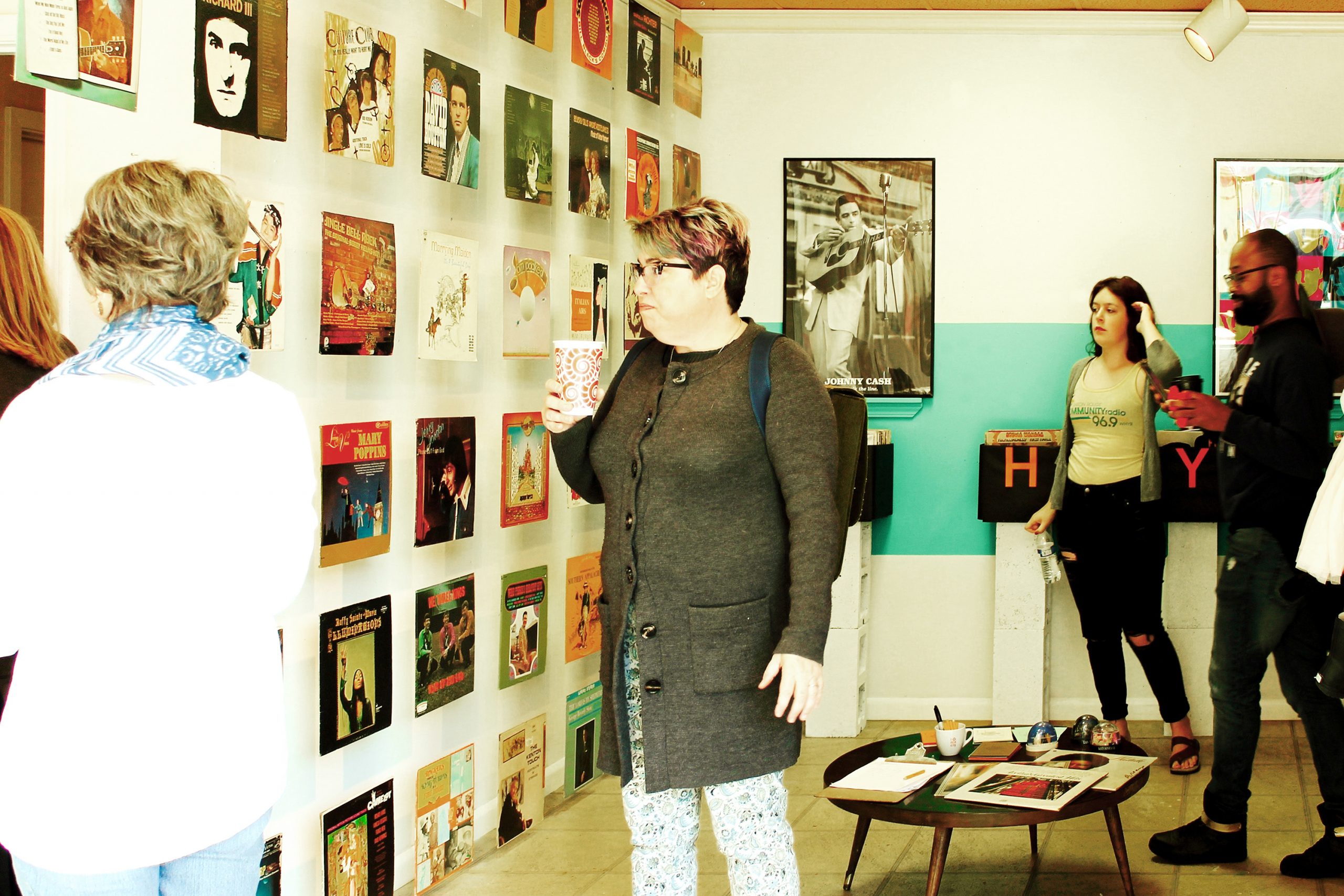 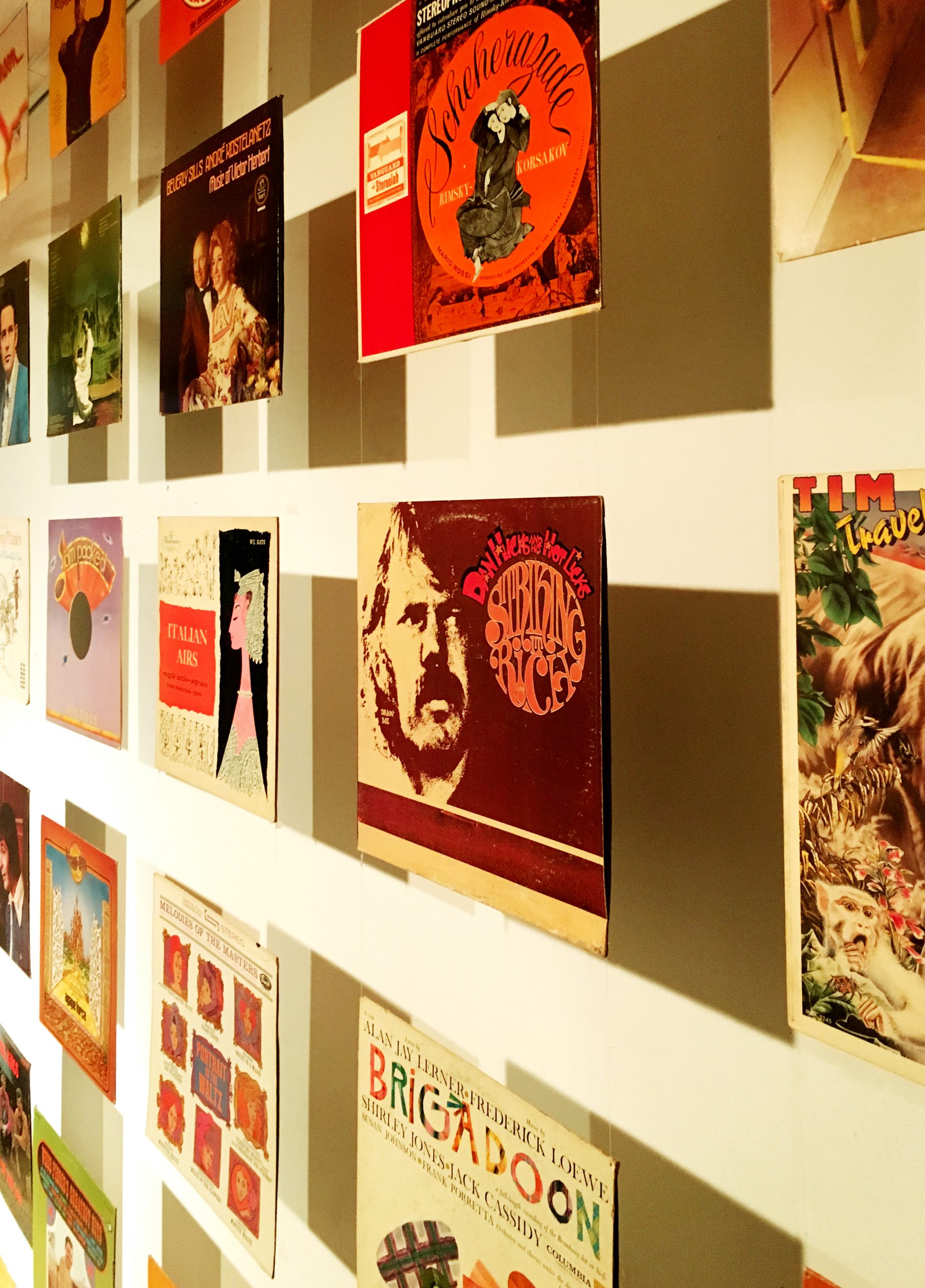 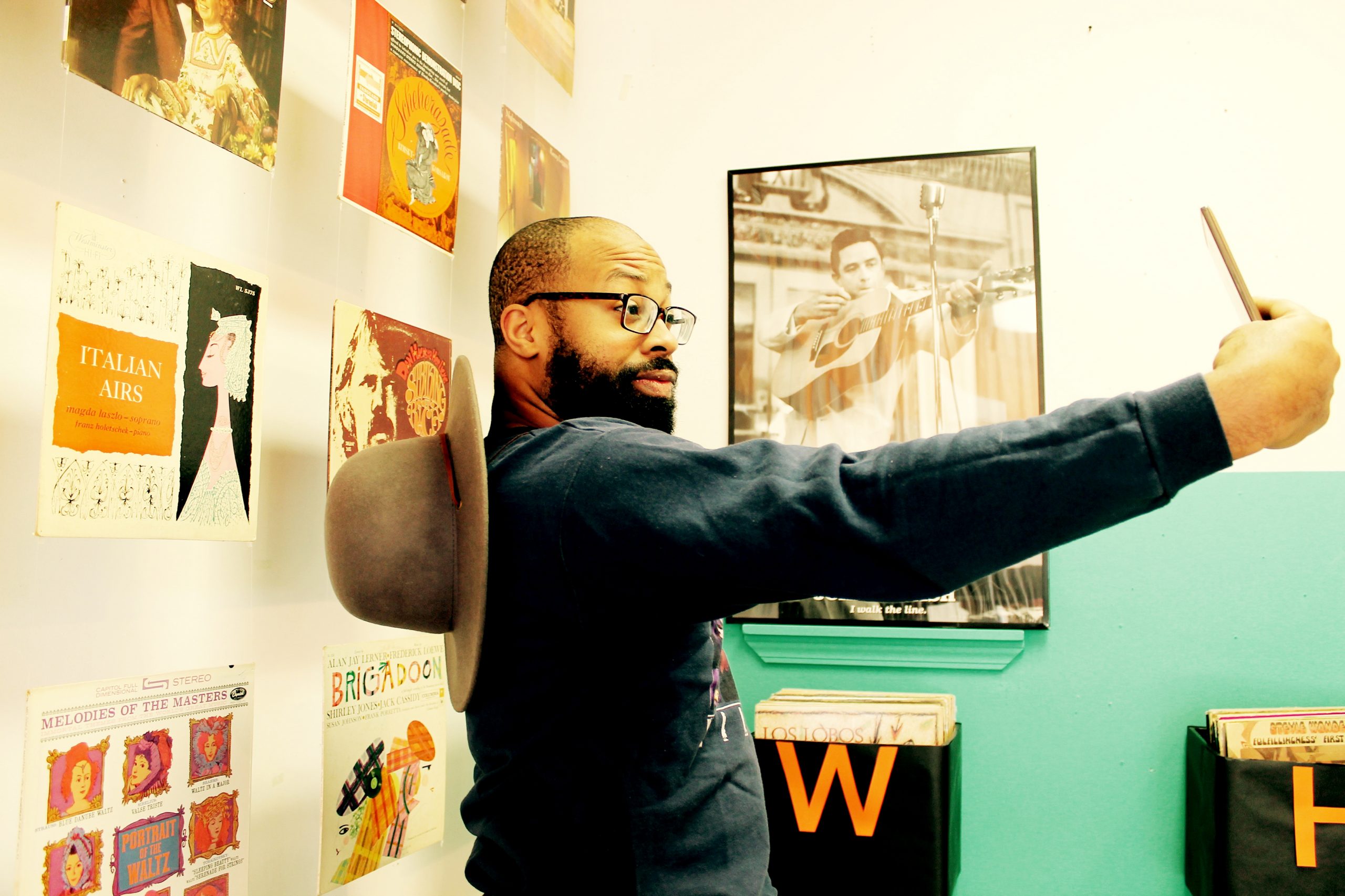 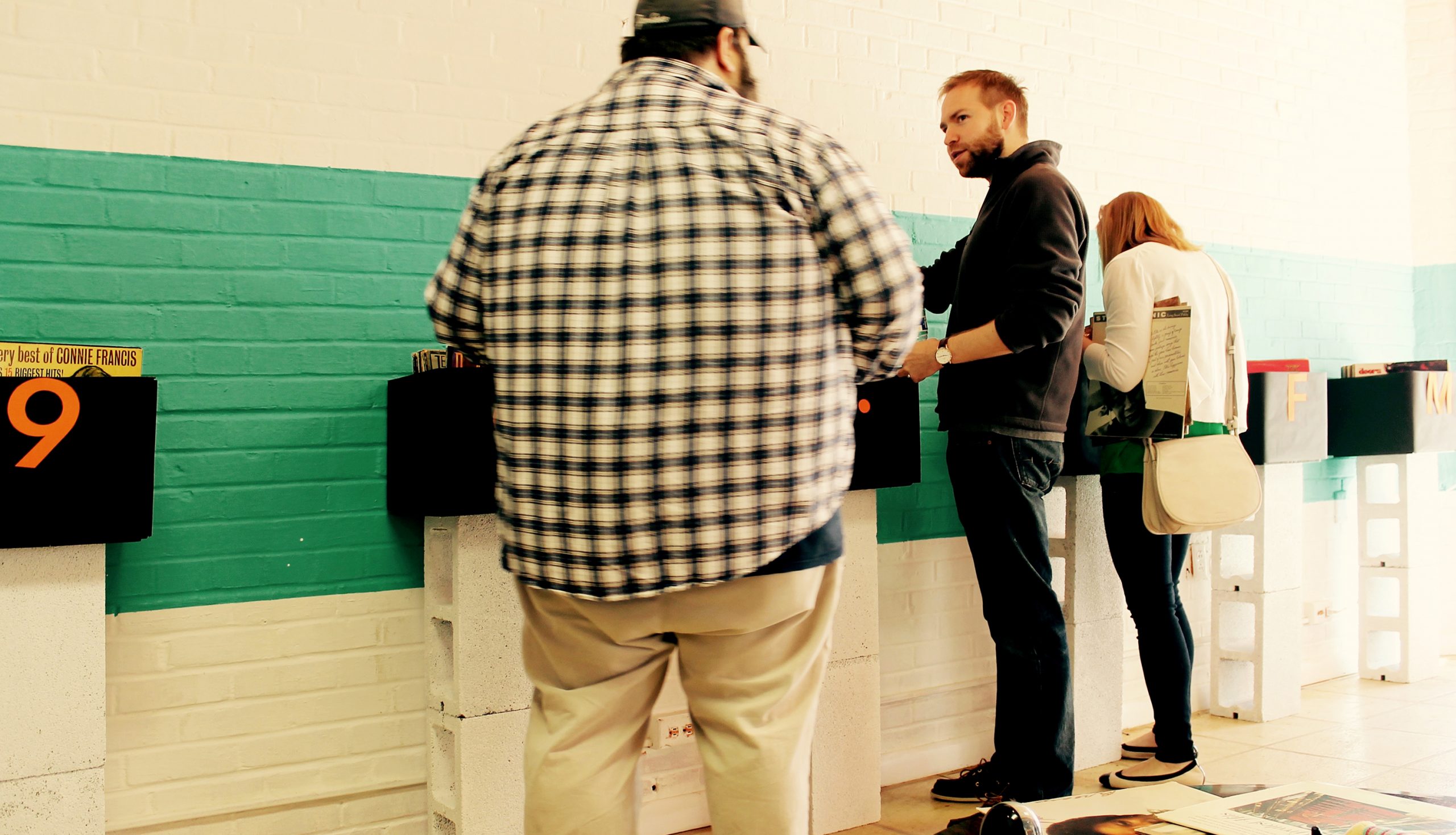 This project transformed a 300 SF empty public storefront at a local community radio station into a pop-up listening room and record shop. Its goals were to challenge public perception of abandoned spaces, bring people together in a new public space, and find a creative way to utilize the station's extensive vinyl collection – combining public art with public space and commerce. The non-profit radio station sells the donated records for $1 to support its operations.

The center piece of the record shop is a sculptural wall made of suspended album covers. Constructed of recycled materials (old album covers), the wall gives the record shop an impactful presence in the community by integrating an art piece into a new public space. The album wall encourages people to walk through the space while browsing the covers and discussing the music and its history. A turn table sits within a gap in the wall where selected records can be played - or a DJ can spin as people browse.

The artist and designer worked together from the start with the radio station - who owns the building - and a local sewing shop that occupies a studio space immediately behind the project. The album wall involved threading over 100 empty album covers that had been sitting in boxes at the radio station, which were then suspended from the ceiling. The reuse of materials in such a unique way and the reprogramming of the space would not have been possible without the diverse backgrounds and perspectives from each partner in the project.

This project is a part of a larger dialogue about activating vacancy and transforming public perception of vacant spaces through temporary interventions such as this one. Mid City Studio hosted its monthly community coffee social in the record shop to unveil it to the community. The space is still intact and we are working with the radio station to open the shop on a regular basis to sell records and give the gift of music to the surrounding community.