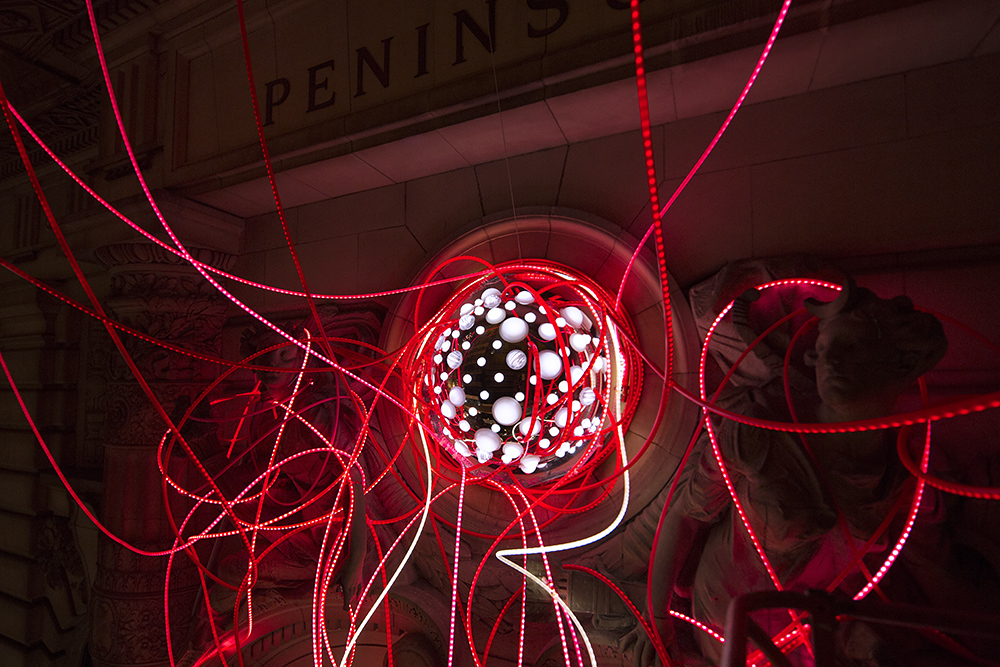 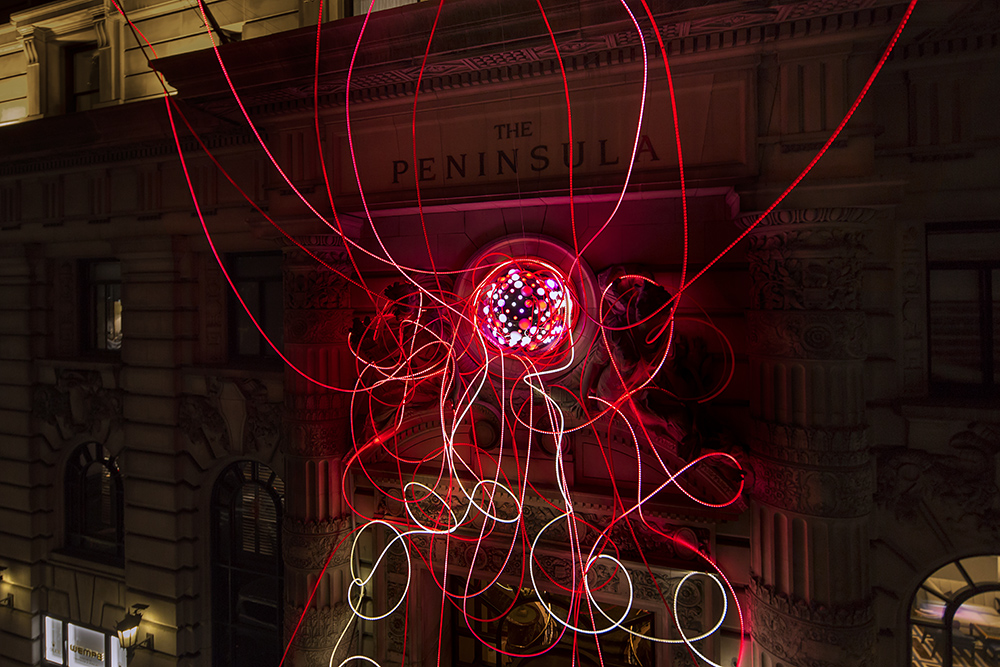 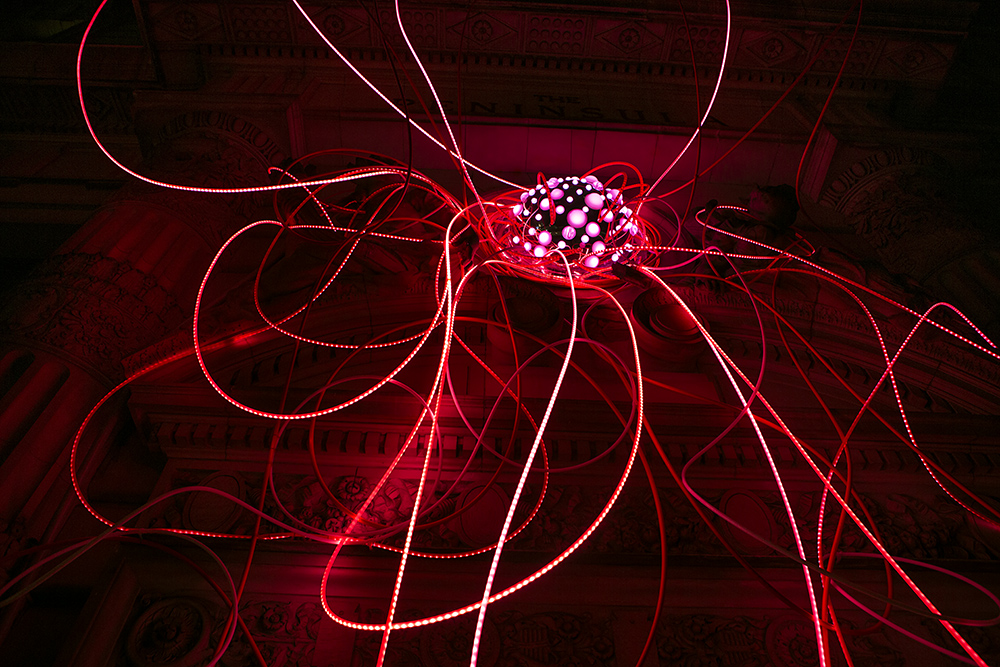 PINK LOTUS, a large-scale, site-specific light sculpture by artist Grimanesa Amorós, was installed on the façade of The Peninsula New York in honor of Breast Cancer Awareness Month. On view from October 1 – November 15, 2015, the light sculpture was part of “The Art of Pink,” an international, Breast Cancer Awareness Month arts initiative sponsored by The Peninsula hotels worldwide. PINK LOTUS was curated for The Peninsula New York by Circa 1881.

The goal of PINK LOTUS was to increase visibility for Breast Cancer Awareness Month, to celebrate the Peninsula hotel's "The Art of Pink" initiative, and to create a unique visual experience for the public. This façade of The Peninsula New York was selected as the installation site in order to achieve maximum public access. The design had to take into account the many rules and restrictions due to the Landmark status of the building. In keeping with the initiative’s “pink” theme, Amorós used LED lights to create a pink lotus flower. The installation activated the entrance to the hotel with a focus on the Palladian window above the door and the carvings of Ceres, Roman Goddess of agriculture and abundance, and Diana, the Roman Goddess of the hunt, the moon and childbirth. By placing the installation on the main facade, PINK LOTUS supported Breast Cancer Awareness Month by drawing attention to both the Roman Goddesses, who represent the power of women worldwide, and to the lotus flower’s symbolic associations with creation, enlightenment and rebirth.

Circa 1881 was hired by The Peninsula New York to curate and produce a project for The Art of Pink. The hotel's goal was for this installation to be their most ambitious to date. Circa 1881 commissioned Grimanesa Amorós to create a temporary site-specific installation and worked closely with the Amorós studio and hotel to help design install PINK LOTUS. All parties also collaborated in creating promotional special events around the installation.