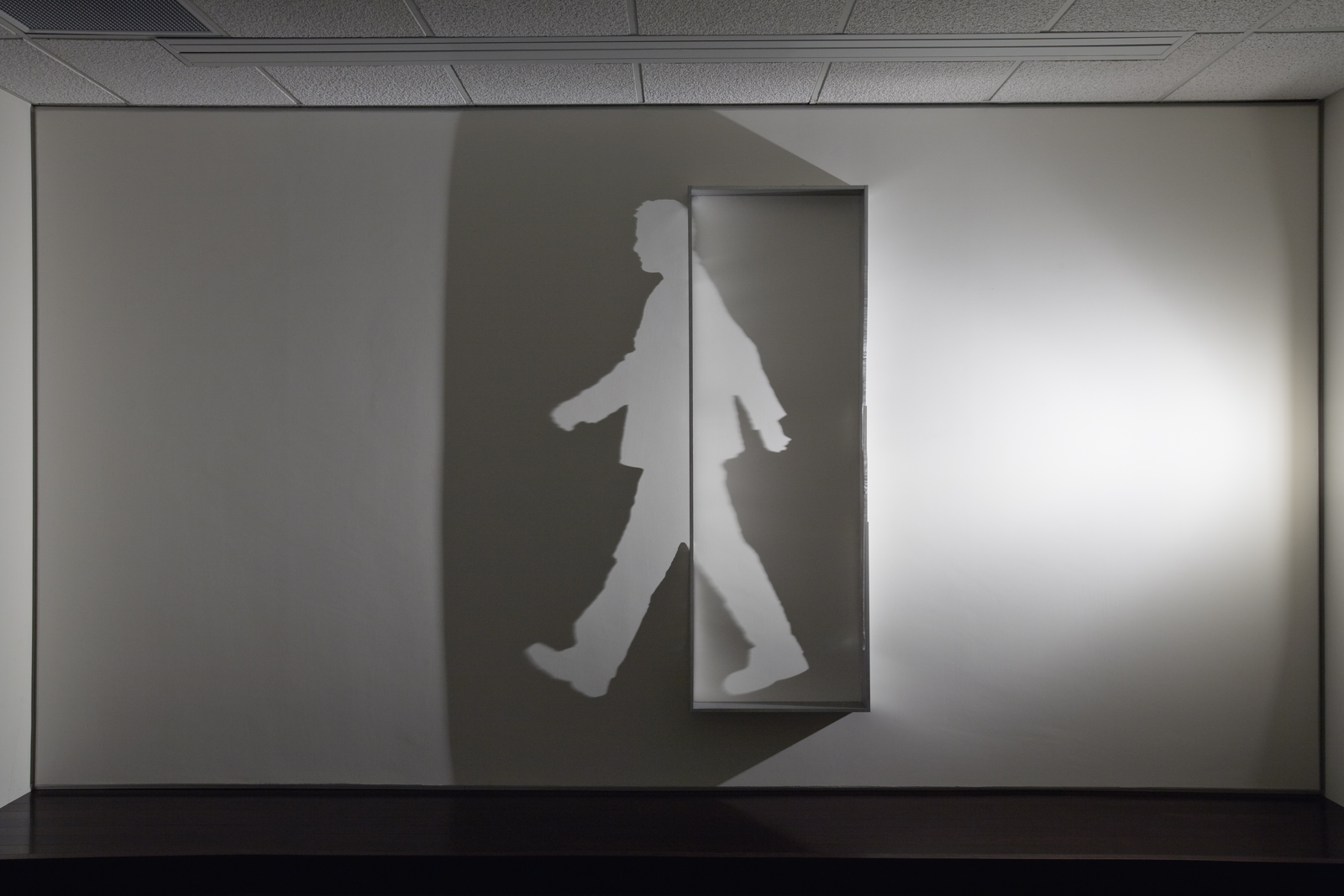 “Pathway” is a wall mounted Light & Shadow sculpture consisting of an aluminum frame measuring roughly 6' x 2' x 4″ and containing specific cutouts in it's side panels. When light from a recessed fixture hits the frame, a shadow is produced. However, the side cutouts in the frame allow light to pass through, thereby creating within the shadow the positive image (light) of a man exiting the confined space.

When Seattle City Light decided to honor progressive councilman Michael Hildt by naming a conference room in Seattle Municipal Tower after him, they also wanted an artwork that would attempt to capture his spirit. After winning the commission and learning about his inspiring life, I created a piece that would honor his forward "out of the box" thinking.

In the beginning of the process, I knew I wanted this piece to utilize a positive image (light) as opposed to a negative image (shadow). After working out the actual physics of how I could accomplish this, I presented ideas / sketches of the image to be created. Working with both the board of Seattle City Light and King County Arts, I was able to refine the work to a point we all felt was a fitting tribute to the man and his spirit.

This piece celebrates those who live a robust life, who open up doors for themselves and for others with vision and fortitude, as Michael Hildt did in his life of public service.