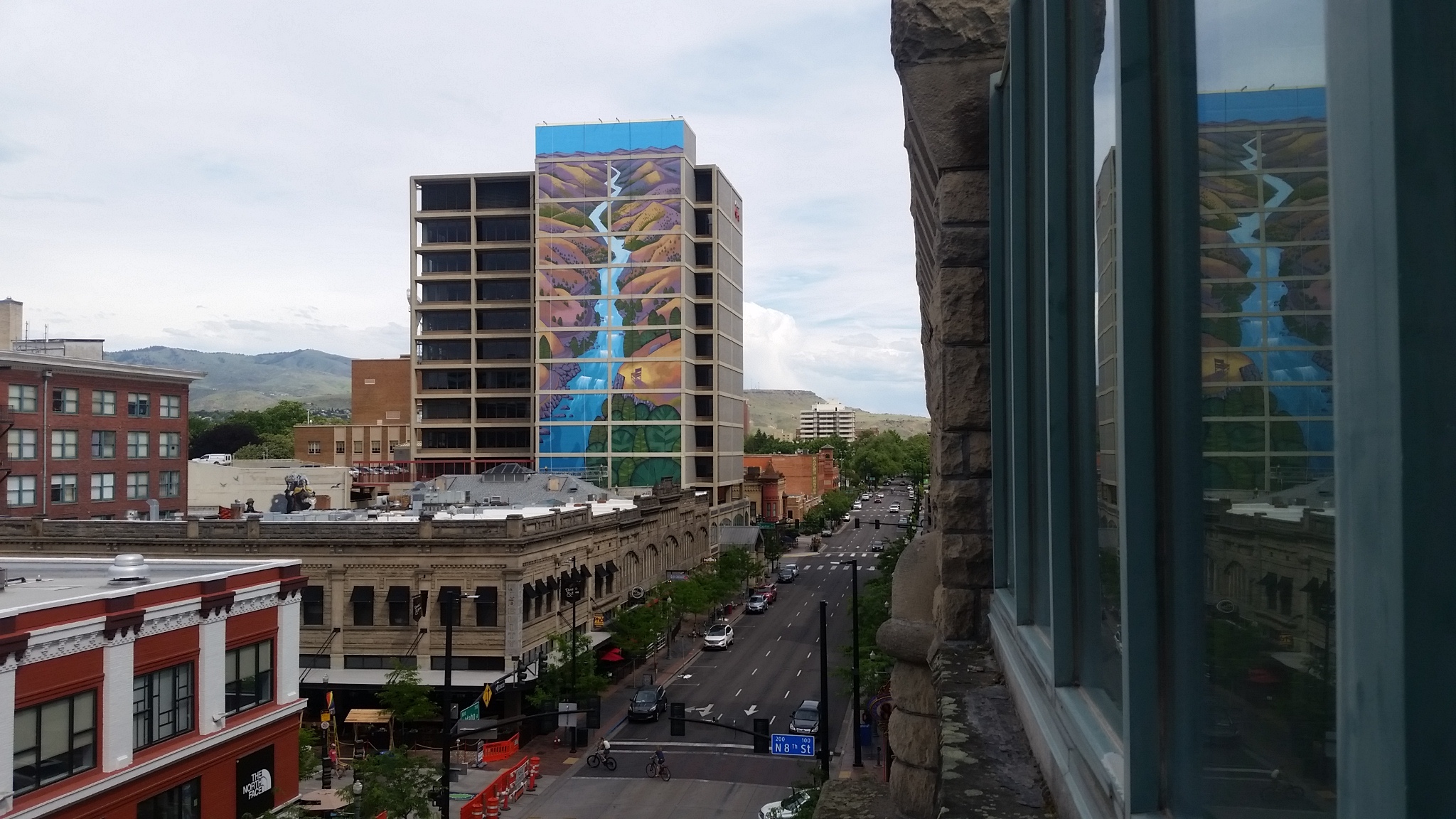 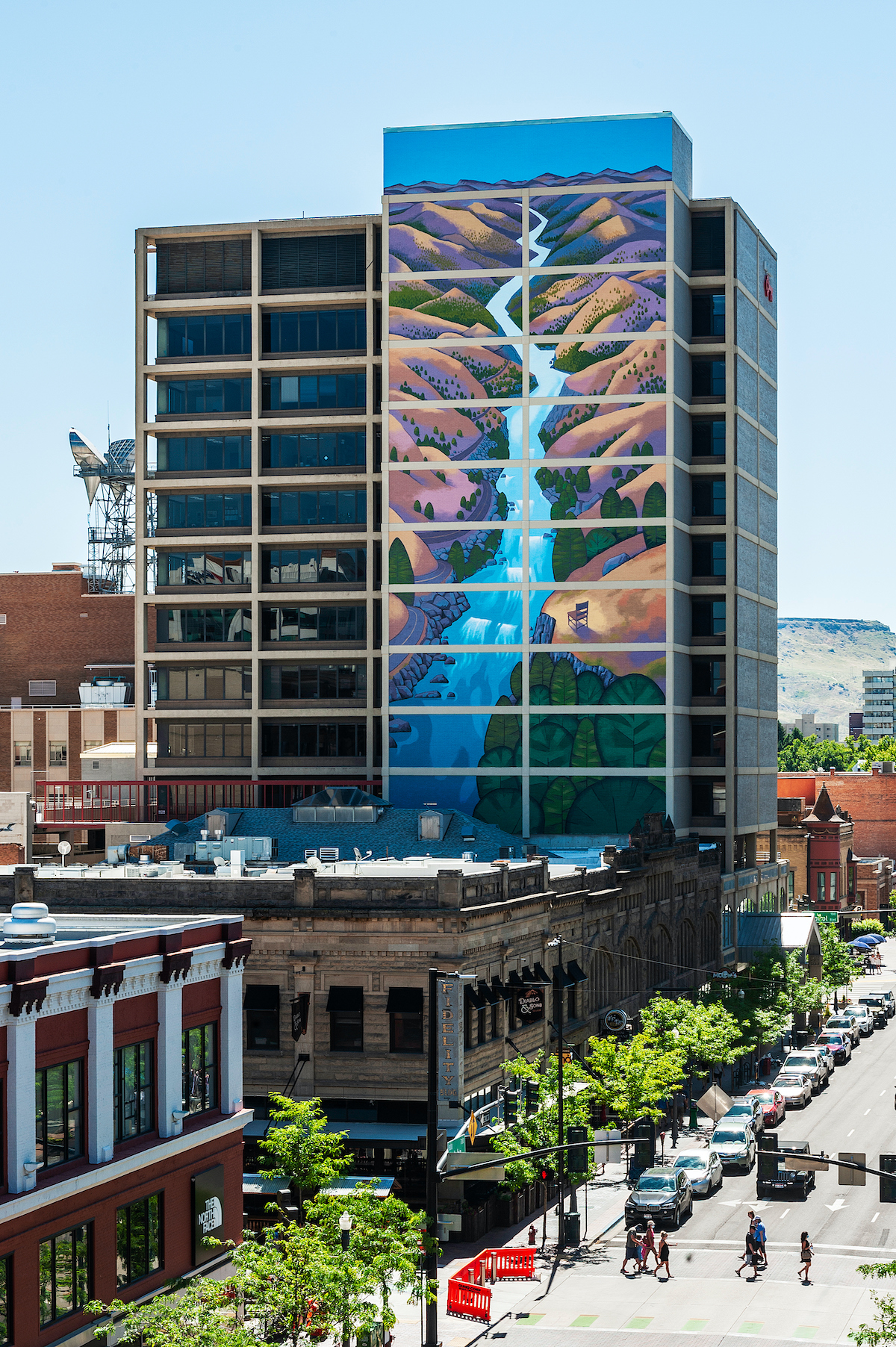 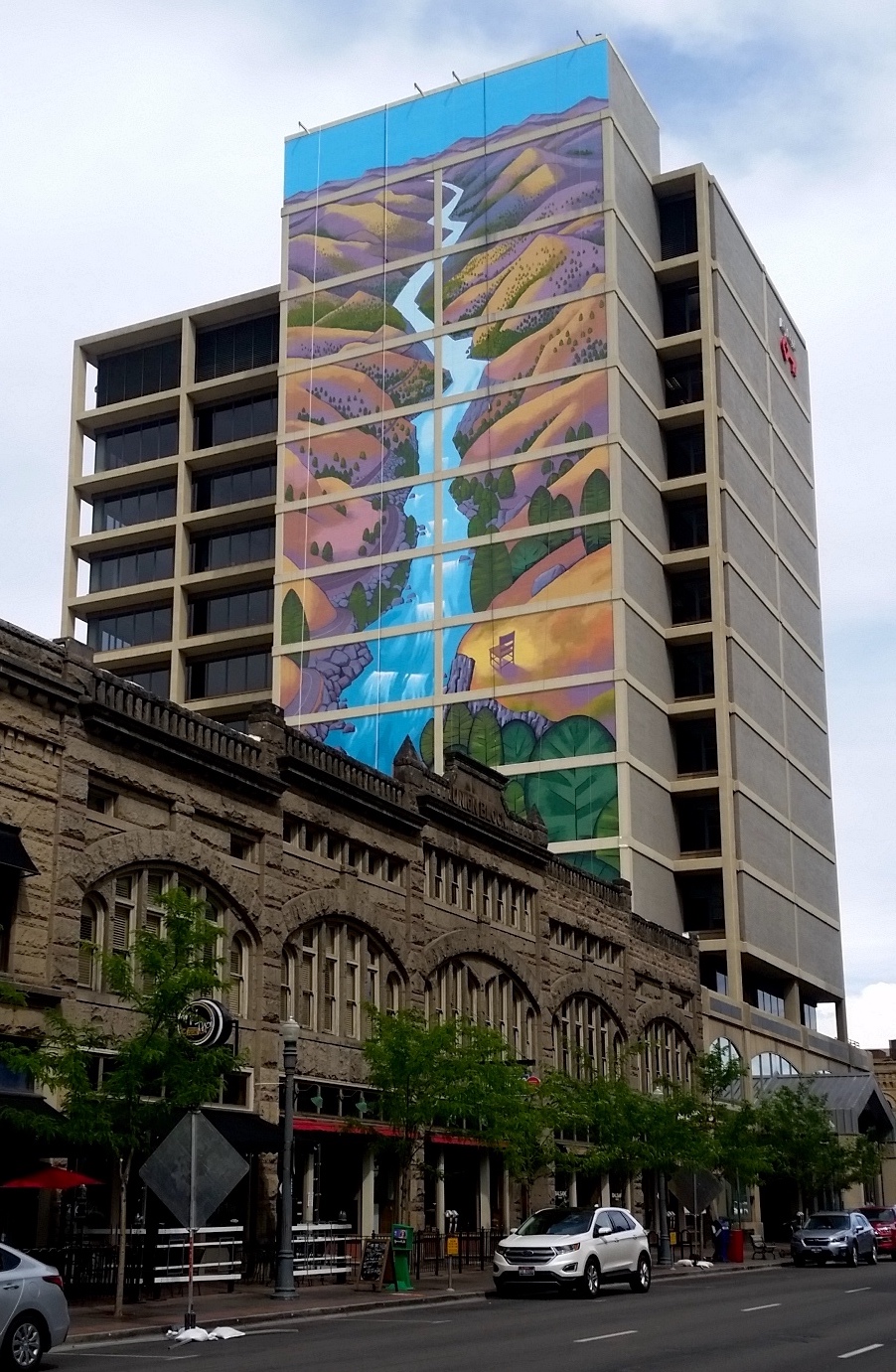 The mural employs existing architectural elements of the building to create the effect of a window looking down over the nearby scenic Payette River Valley, where a single chair also looks down over the river and a winding scenic road, inviting viewers to imagine themselves within the scene.

“The river appears as though the viewer is standing above and looking down on it—through a window, perhaps—which creates an almost illusory experience when gazing up at the 11-story mural from the ground level. It is a painting that insists on a second look; viewers must orient themselves to the world in the painting and then reorient to the world around them, suddenly altered.
This is what art does: restructures quotidian rhythms to create music where once was just traffic, automatic doors swishing open, the sides of buildings.”
-Boise Weekly

The owners of the property wanted to install a mural that would enliven the relatively bleak west facing wall of the Key Bank Financial Center building and, at the same time, become a central landmark of downtown Boise. The design was meant to evoke the nearby scenic beauty just outside the city but which is always out of sight from within it.

I was contacted along with several other artists to submit design proposals by the building owners. My design was selected in part for being the only proposal to actively incorporate the architectural framing element of the wall. A finished color rendering was completed and approved by the Boise City Department of Arts and History. Two 25' wide swing stage scaffolds were installed from the roof of the 14 story building which could be accessed from the 2nd floor roof of the building next door. Each scaffold was rigged so that it could be controlled by one person. The entire mural was painted by myself during the height of the COVID-19 pandemic lockdowns.