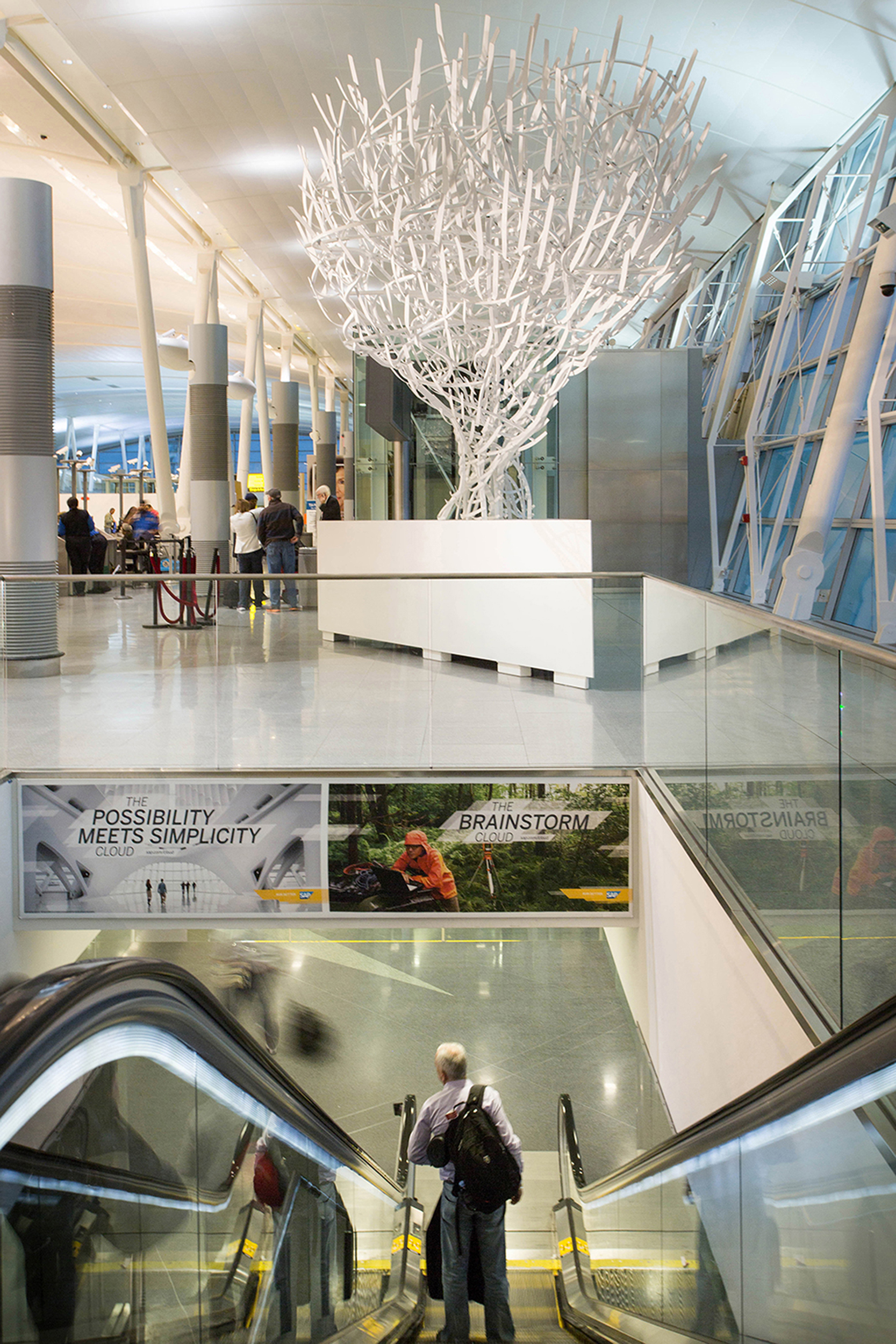 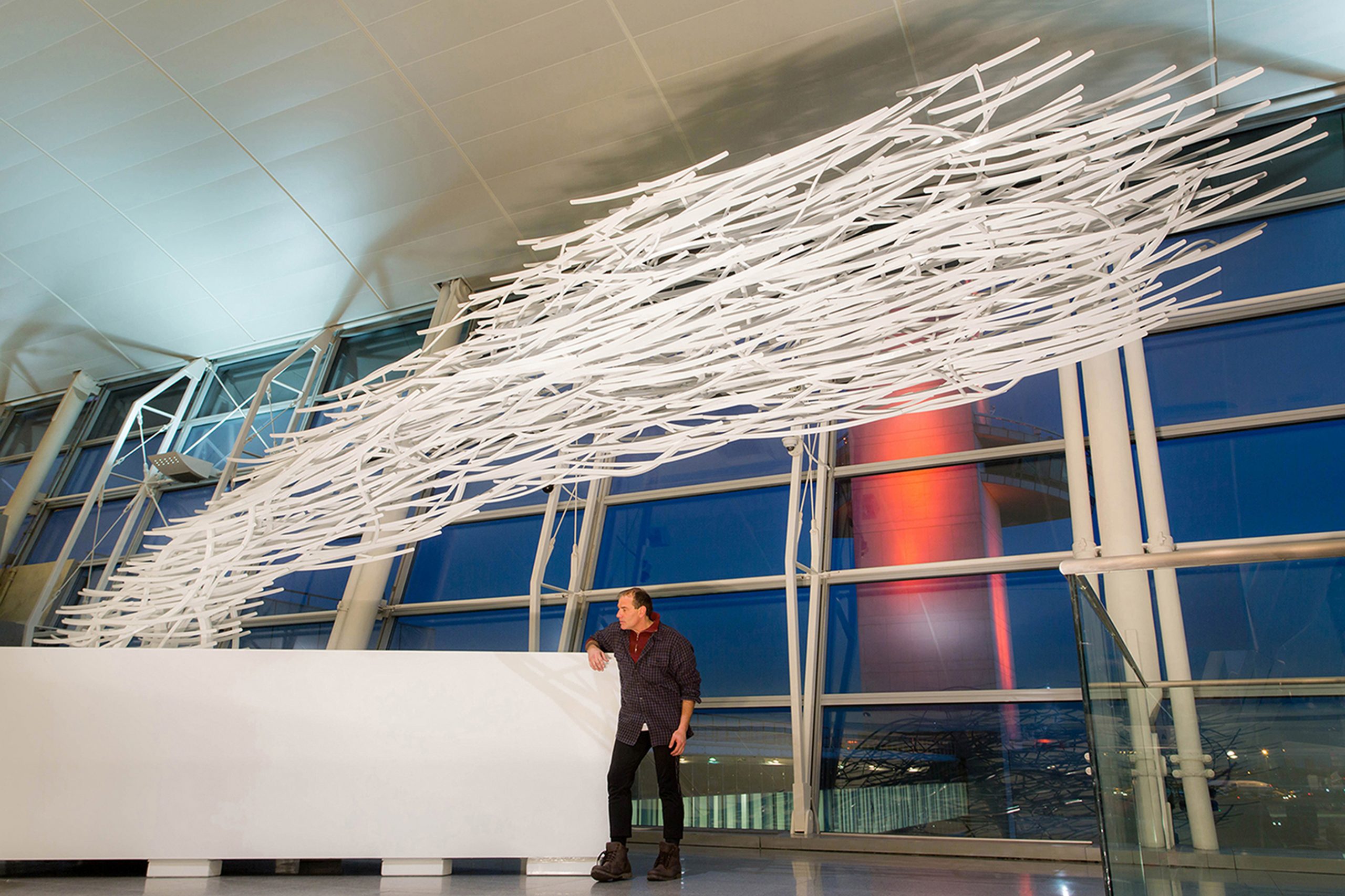 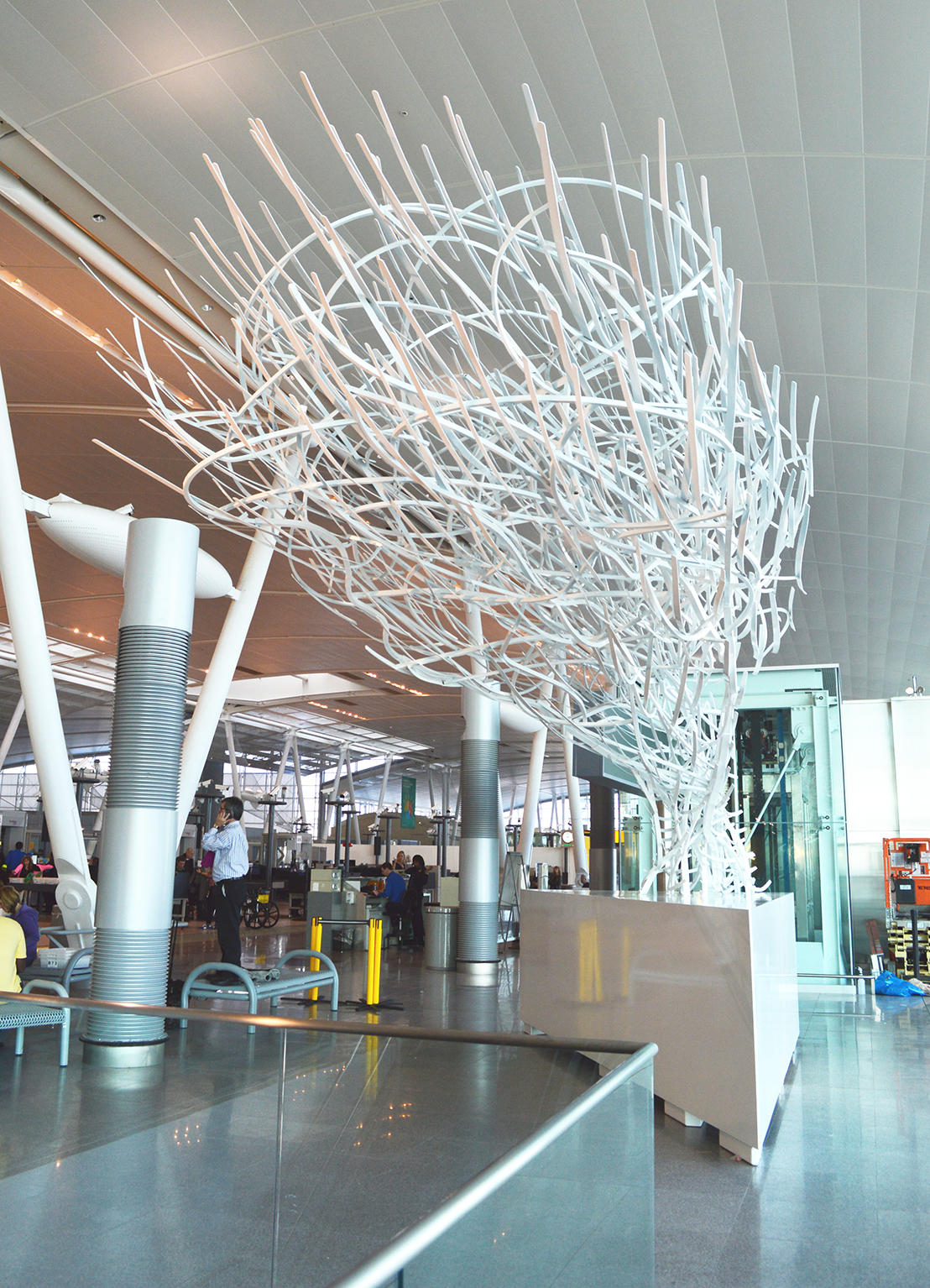 JFKIAT, LLC, which operates Terminal 4 at JFK International Airport, unveiled in 2014 the signature piece “Outside Time” conceived and executed by award winning artist Dimitar Lukanov. Outside Time was devised as the prime, emblematic symbol of the major redevelopment of JFK Terminal 4. It is located at the most high trafficked nexus of the Terminal – where all checked-in passengers must walk through after clearing TSA. The installation of 30ft, 4100 lb sculpture marks an important milestone in the major redevelopment of Terminal 4 as it continues its expansion to accommodate an estimated 17 million passengers per year.

The massive - yet 90-percent airborne - steel/aluminum Outside Time, installed in February 2014, is the cerebral, ethereal flight of matter dissolved within the air. An engineering achievement with its 30-foot airborne span, the sculpture is an ephemeral, transparent membrane between travelers clearing TSA checkpoints and taxiing aircraft, JFK International Airport Control tower and the sky.

During the 14-month period of creation and execution of the sculpture, the commissioning agency/client and the artist effectuated multiple conferences and continuous dialog. The artwork was being creating simultaneously with the major design overhaul, enlargement and redevelopment of the Departure Hall areas at Terminal 4.

Located at the terminal’s crucial juncture within the traffic flow of departing travelers, Outside Time signifies and embodies a spirit of lightness, hope and optimism. “I envisioned Outside Time to be entirely site-oriented, to function and “live” only and because of its locations" (Dimitar Lukanov).