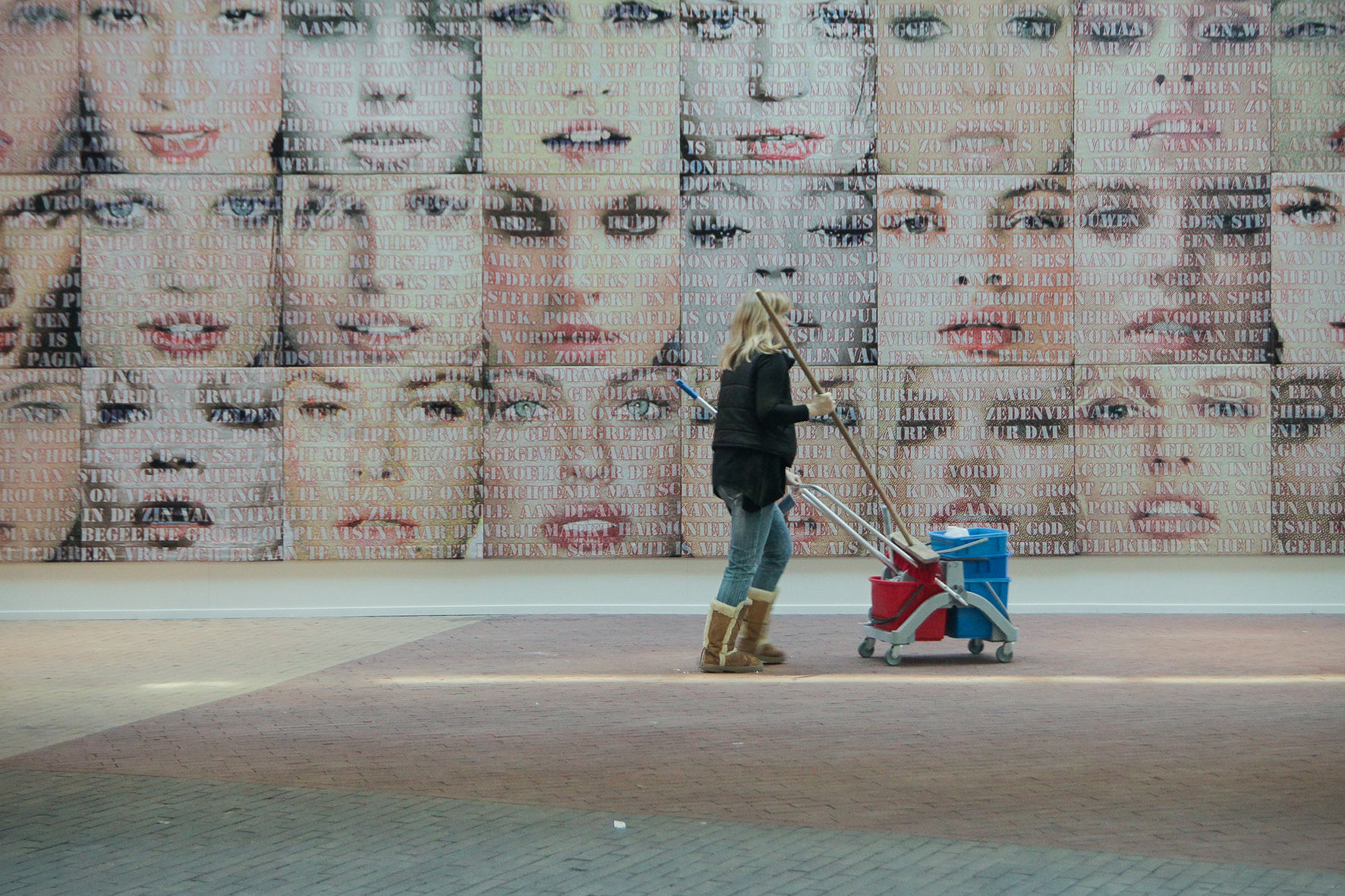 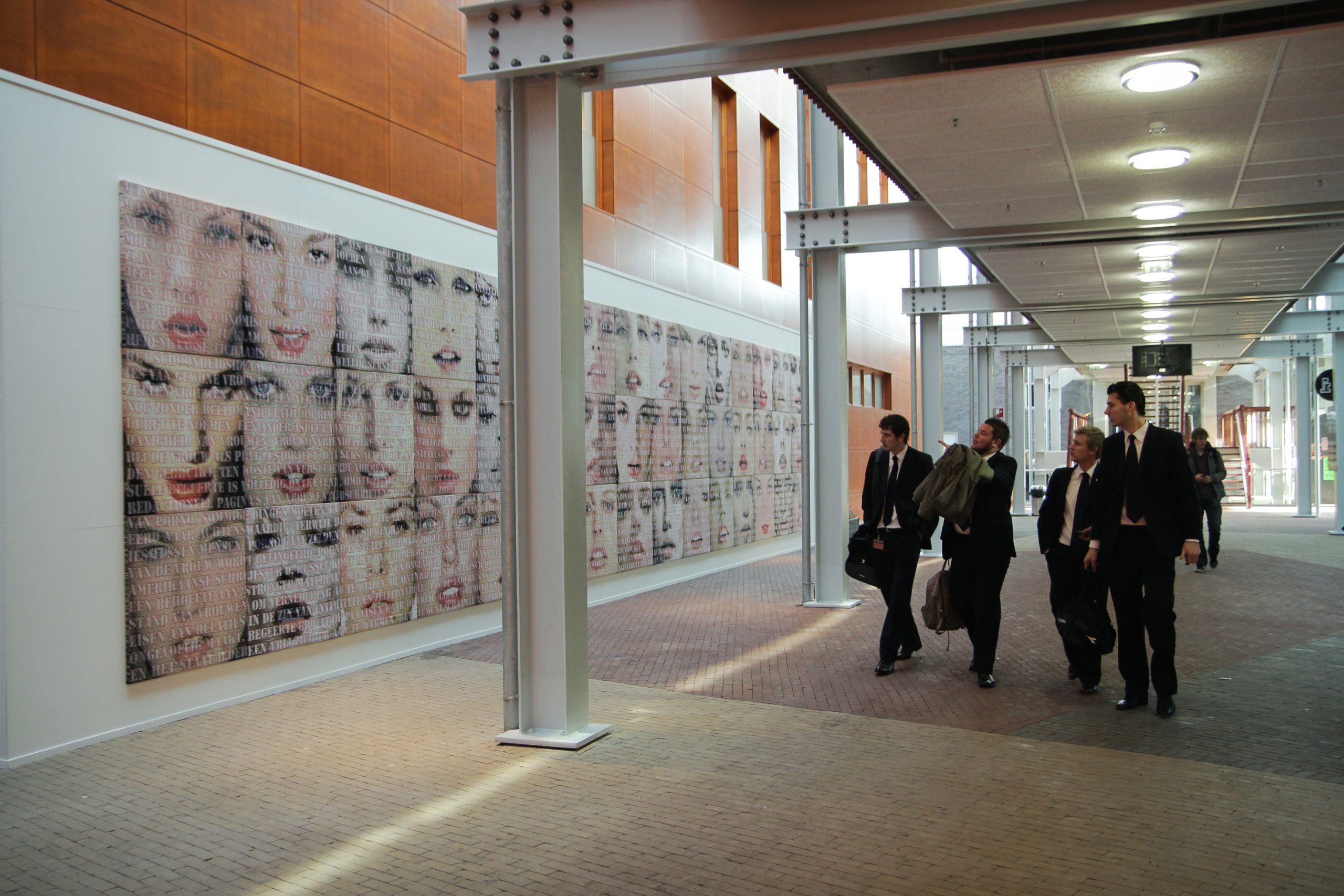 The work Open Mouths is composed of 45 faces of women with their mouths open.
Each face is 1 x 1 meter. These squares have been placed above each other in 3 rows. The viewer sees a wall of 3 meters high and 15 meters long of enlarged faces of double jacquard weave. As a result of this the viewer realizes how absurd the expressions on the faces and the open mouths actually are.

A text in which Broekman gives her opinion of contemporary body culture, female sexual looks and beauty ideals is placed over the 45 faces.

In collaboration with the Fundatie, a museum of modern art in Zwolle, Open Mouths was shown at Deltion College (a secondary vocational education institute). While the museum was beeing renovated, they realised art projects at various locations. The goal of the museum and Broekman was to stimulate a dialogue with the students about the objectification of women.

Laura Hermanides, a gifted young documentary maker and Broekmans daughter, has made a small and charming film in which she confronts her mother with her opinions and behaviour concerning beauty and pleasing men.