On Appreciation of Species - CODAworx 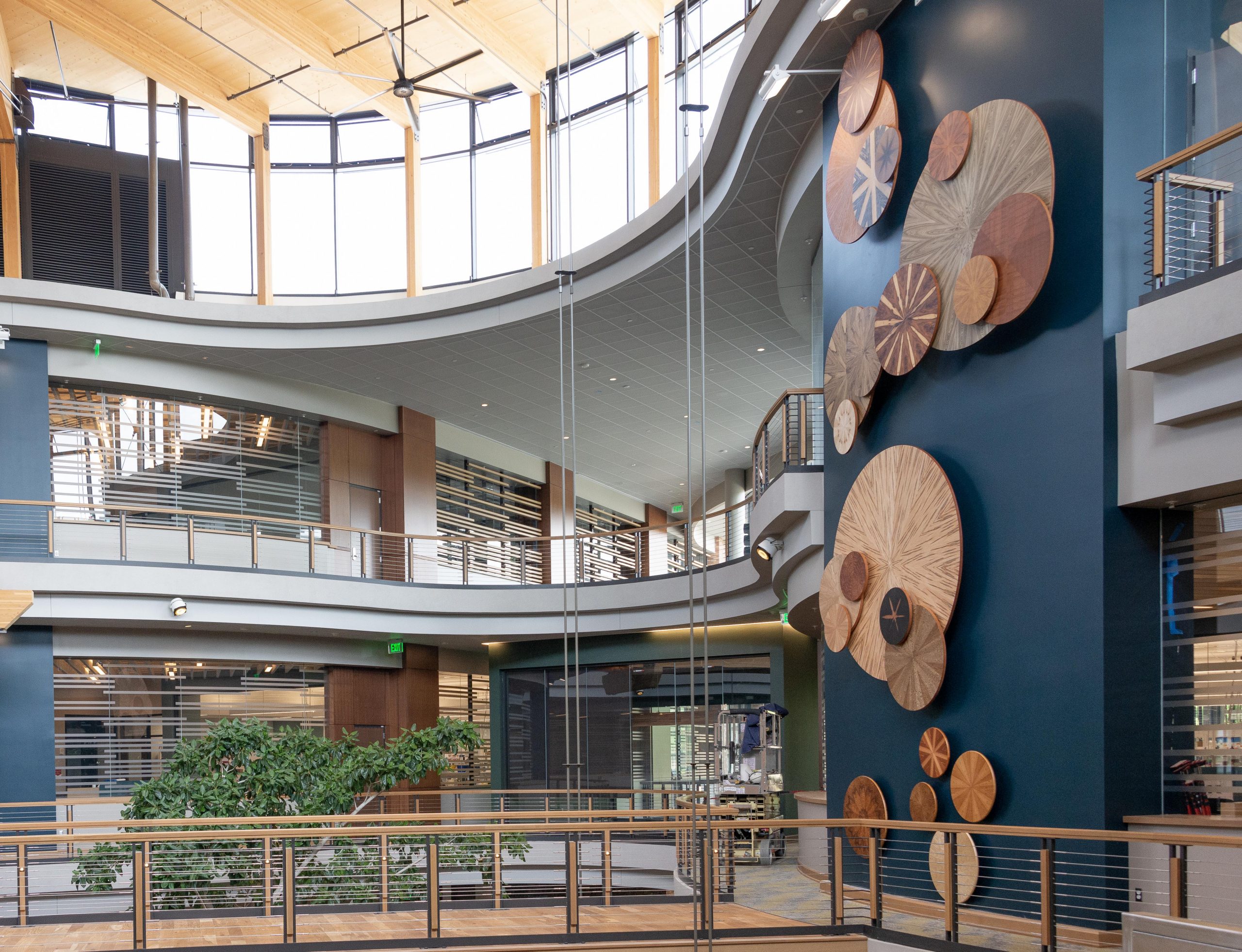 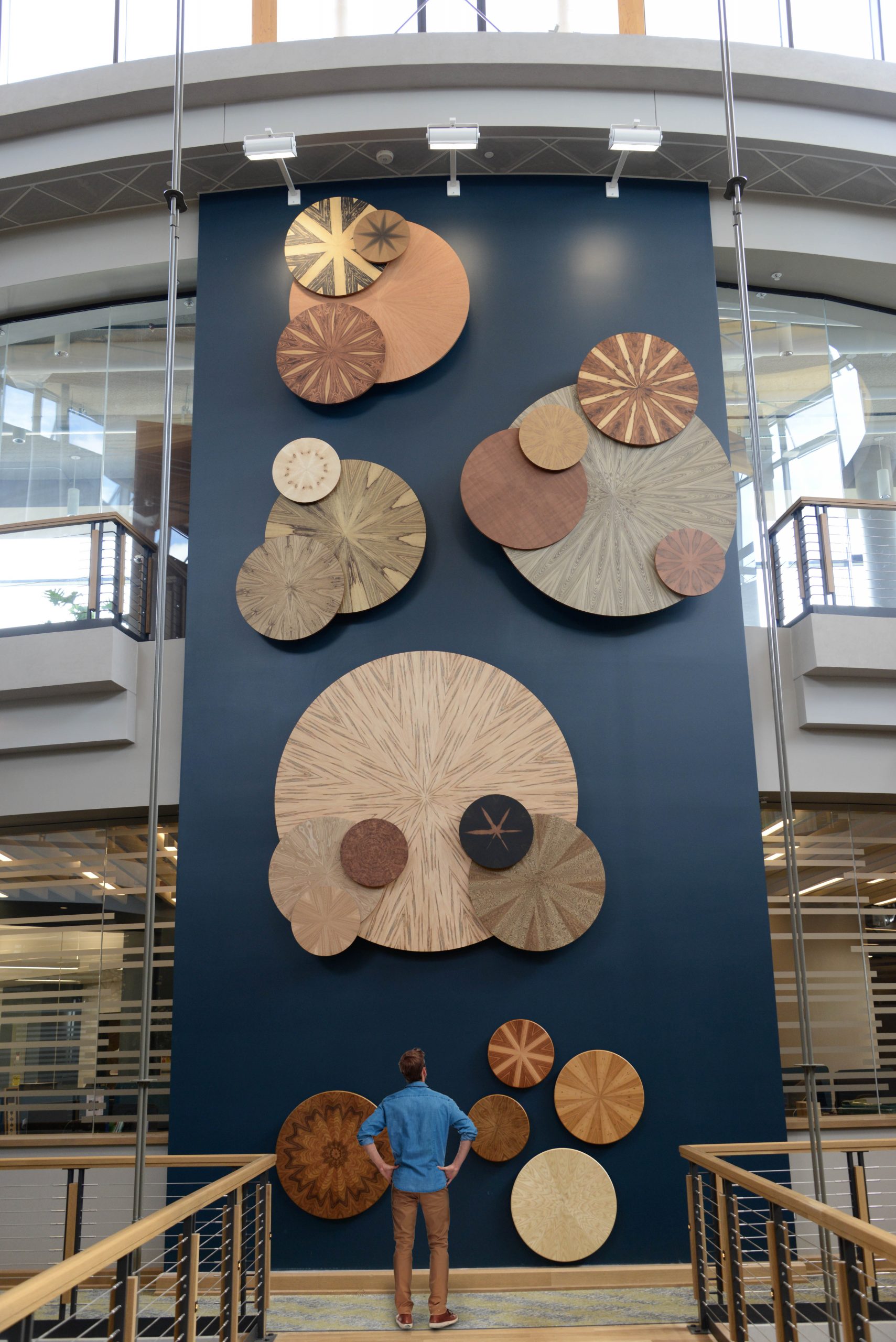 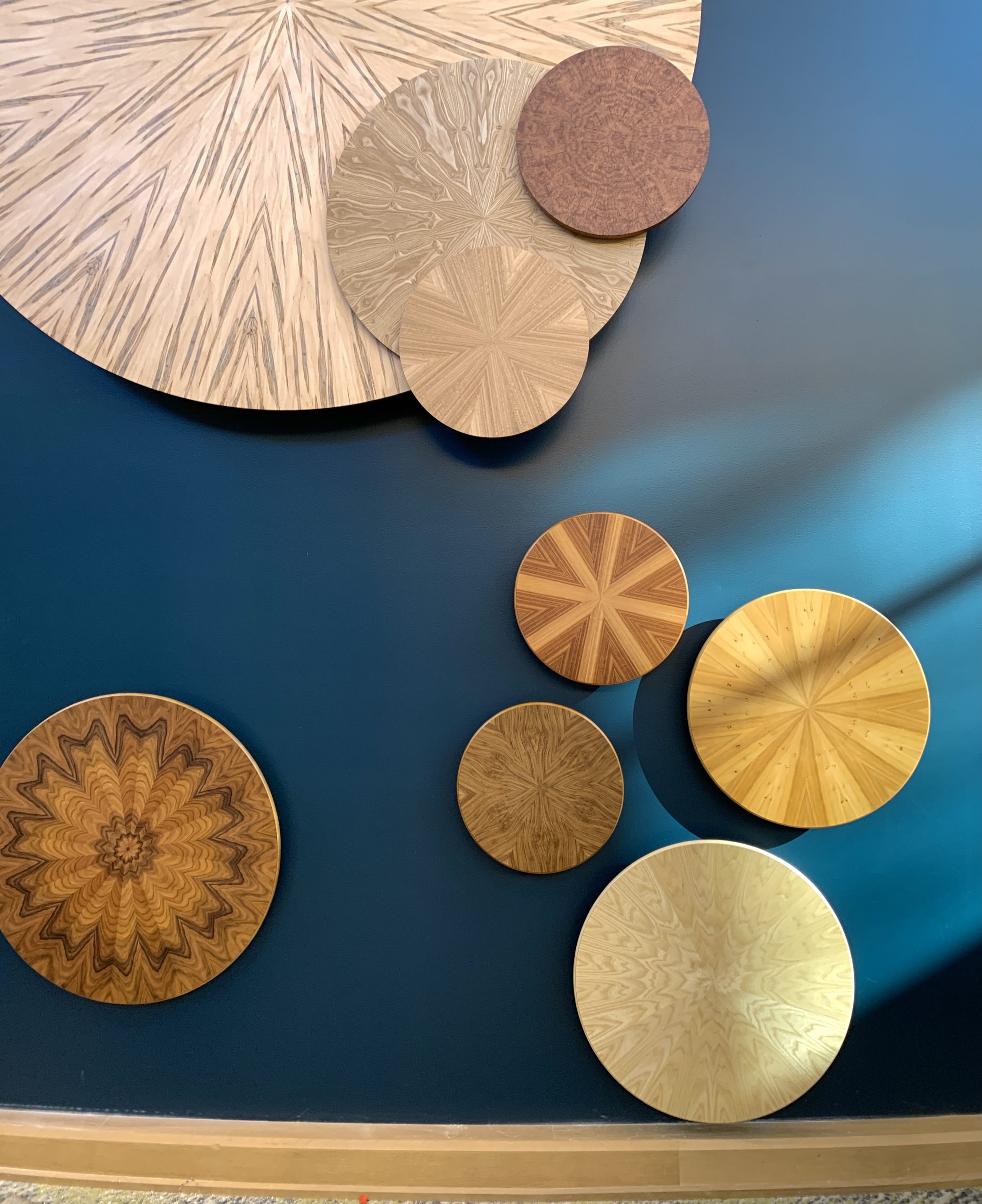 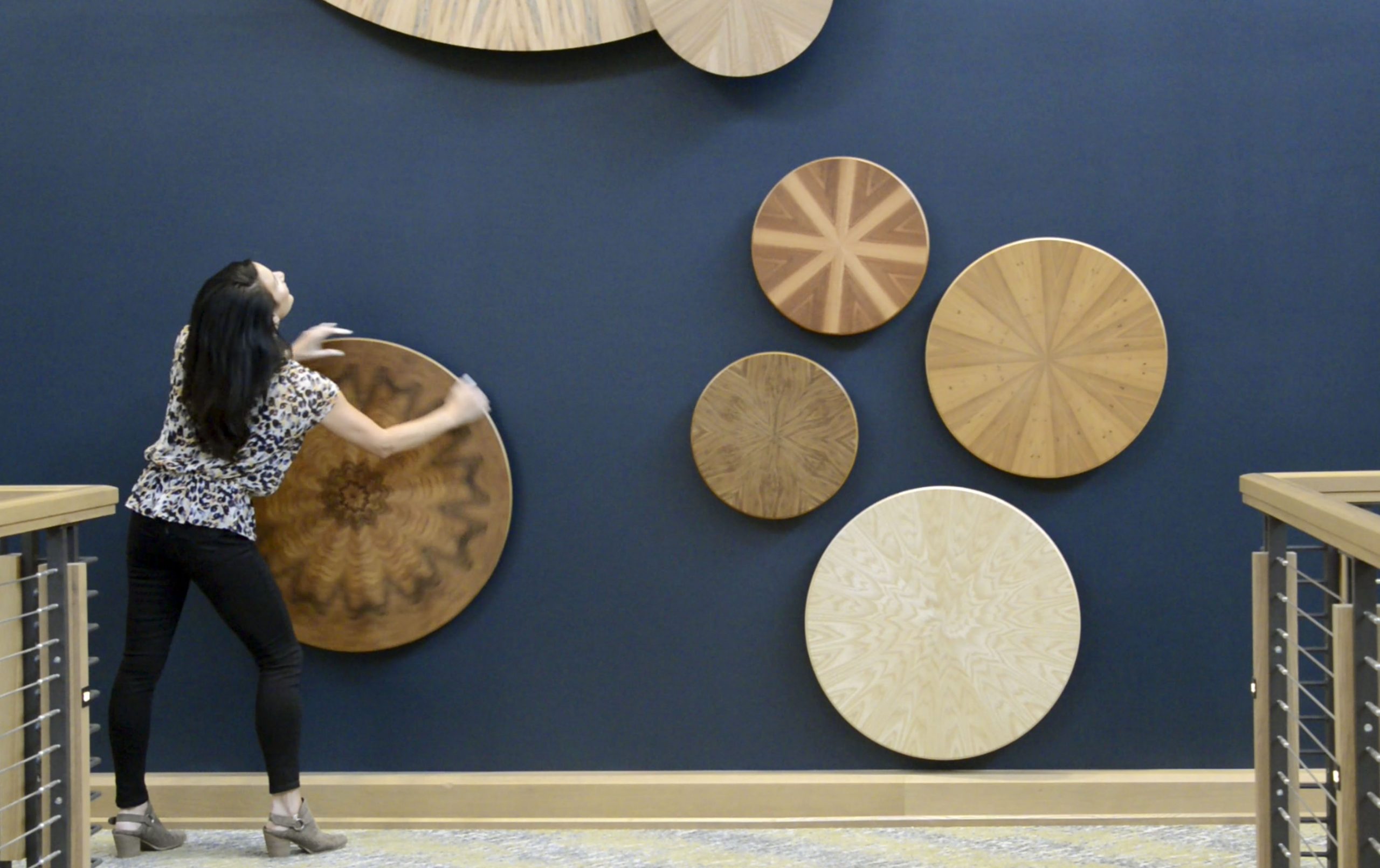 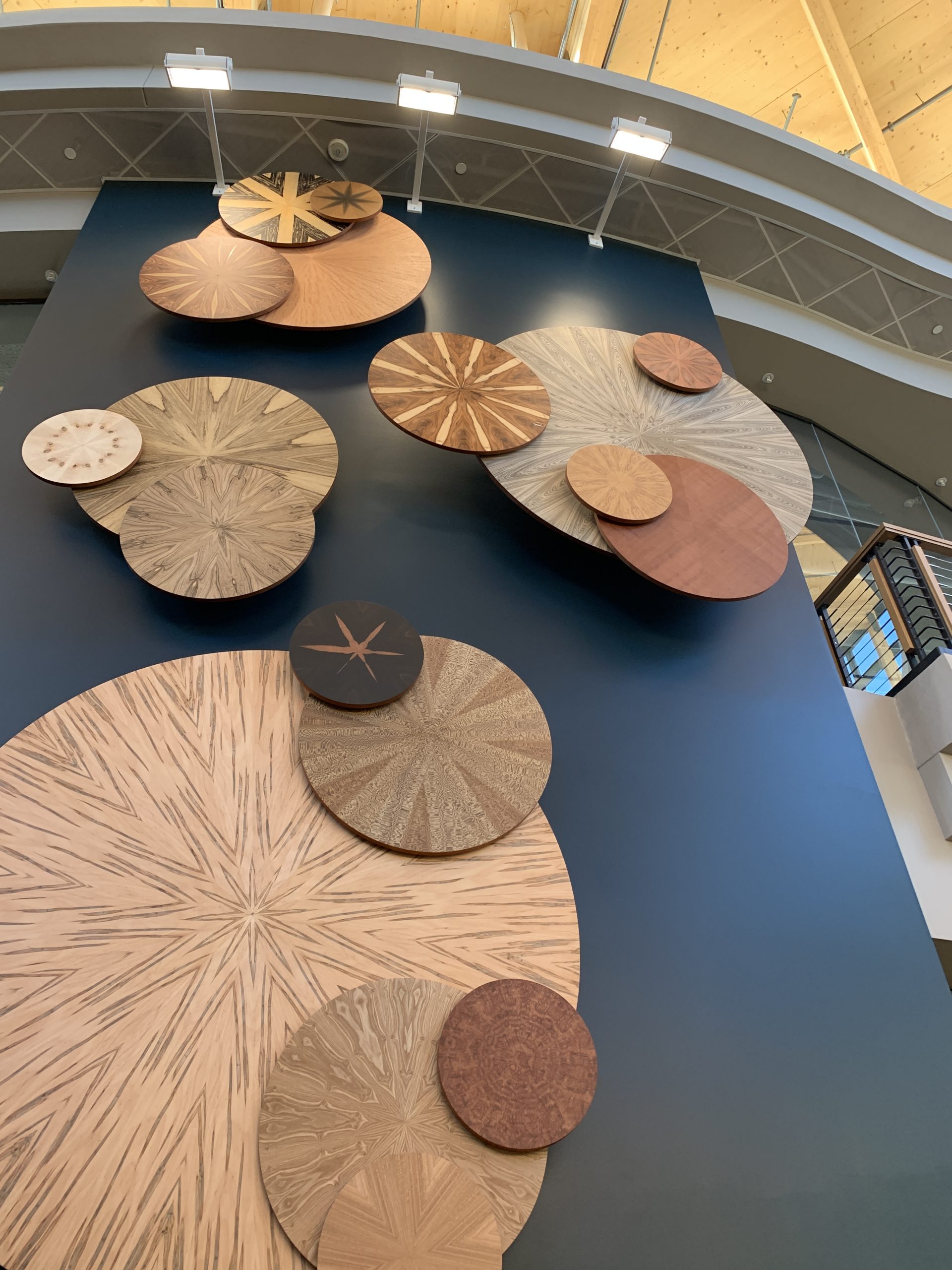 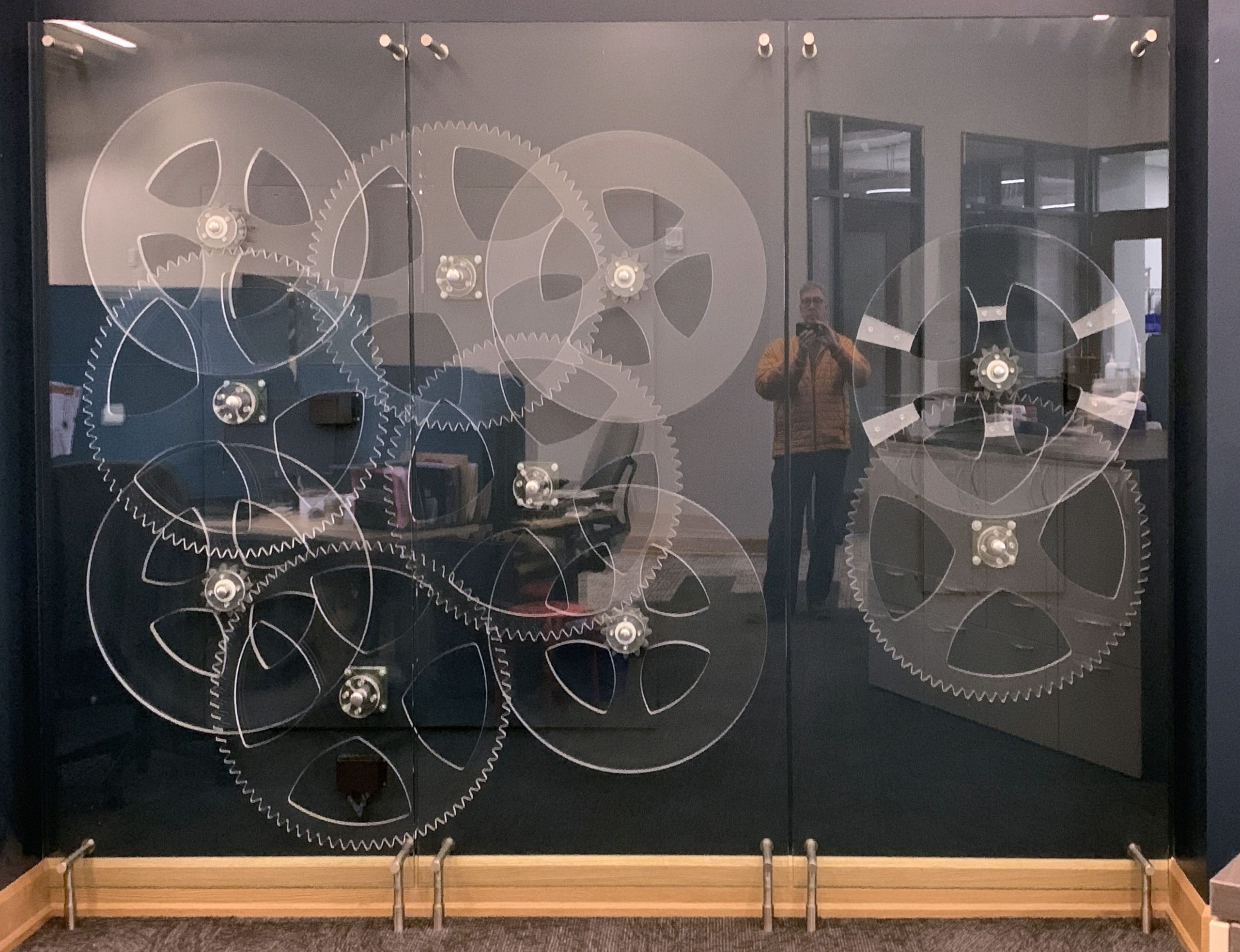 This work is a celebration of the diversity of species on the planet and an acknowledgement of their dwindling numbers. It’s a reminder that our own fate is tightly linked with those species that remain. Twenty-three circles made from wood veneer rotate as an interacted vertical mobile on the wall of a Wisconsin life sciences company.

Whether you’re religious or not, the book of Genesis posited that humans have dominion over creation, and this idea is surely embedded in our culture and psyche. Just in the 20th century, humans have come to the sudden realization that dominion comes with responsibility. We’ve realized that we can alter the planet in such a way as to endanger those plants and animals we’ve been entrusted to protect.

Even if you don’t believe in this “stewardship” model of our role on the planet, the fact remains that we are better off with more species rather than fewer. Even in purely selfish terms, species diversity requires no altruistic motive, only the acceptance that our own survival depends on the widest diversity of other species on the planet.

Creation of an artwork for the atrium of a large Wisconsin-based life sciences company. This project was one of a number of artworks created for the new research faility.

I collaborated with Herzog Veneers in North Carolina to create the faces of 23 wood veneer circles ranging from 2 feet to 8 feet in diameter. Architects and the construction company for the building were also instrumental in bringing this project to fruition.

The artwork has an interative component. Viewers can move the control wheels at ground level to control the speed and direction of the circle groups above. A set of acrylic gears and fluwheels is visible to the office staff on the opposite side of this curving wall.