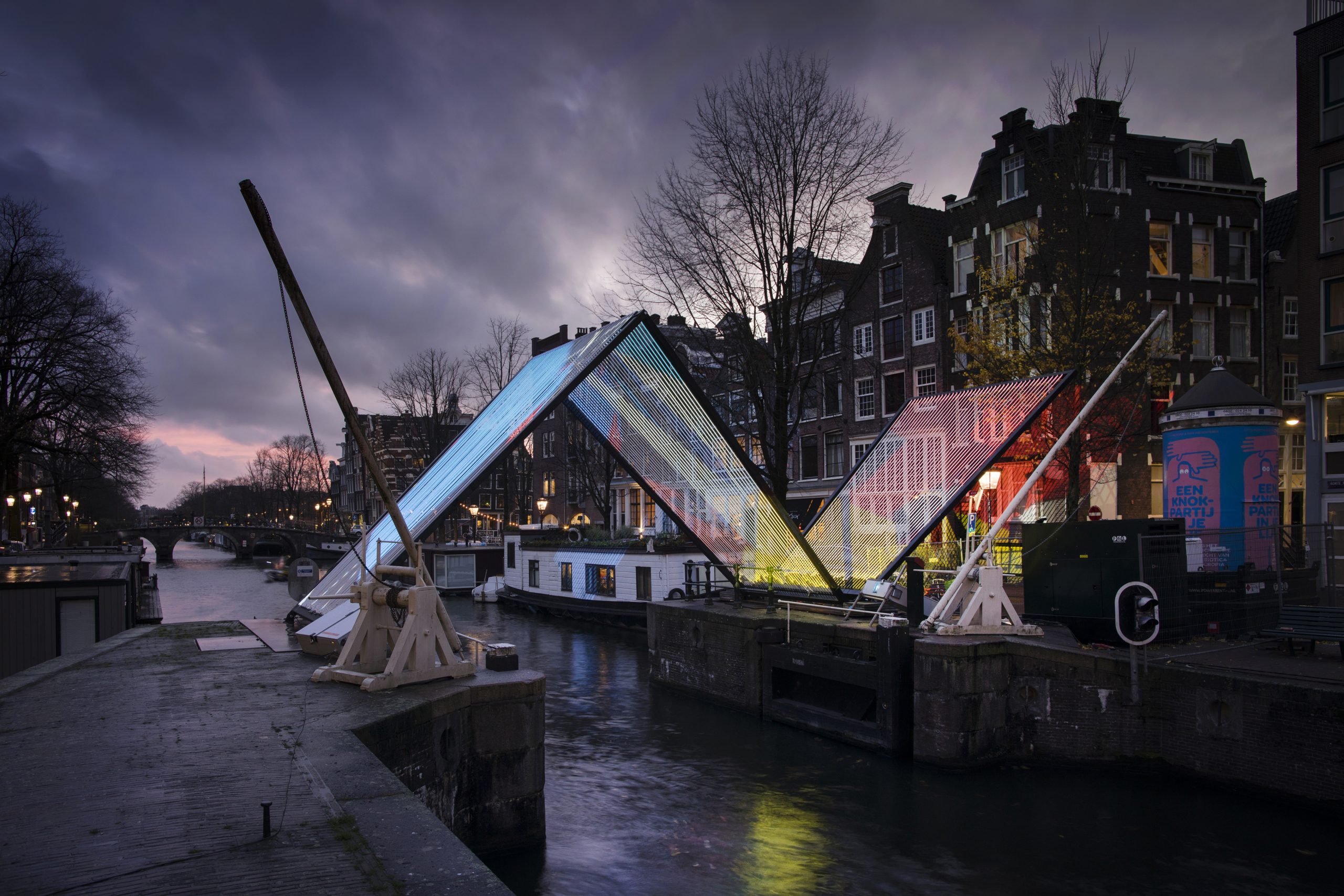 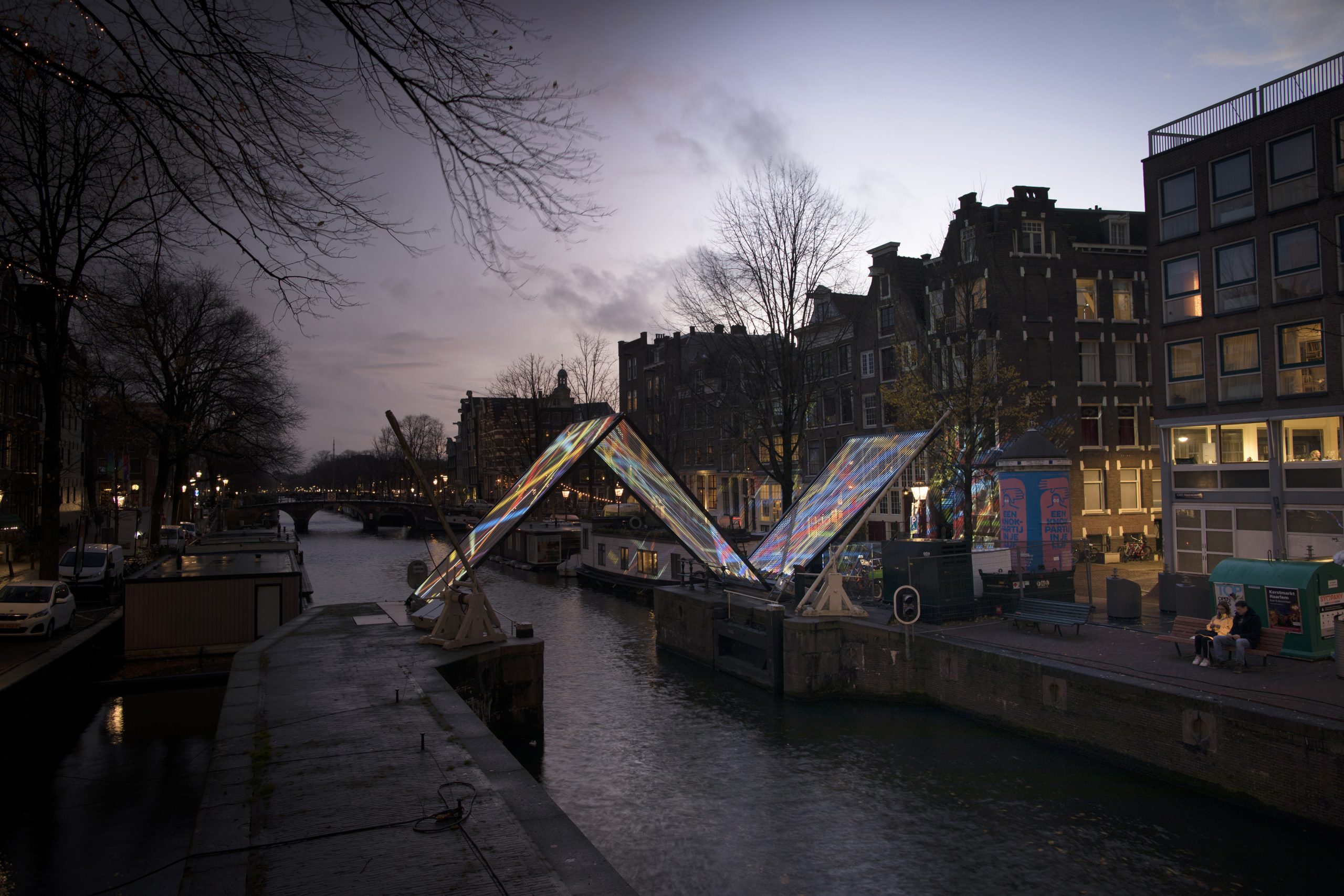 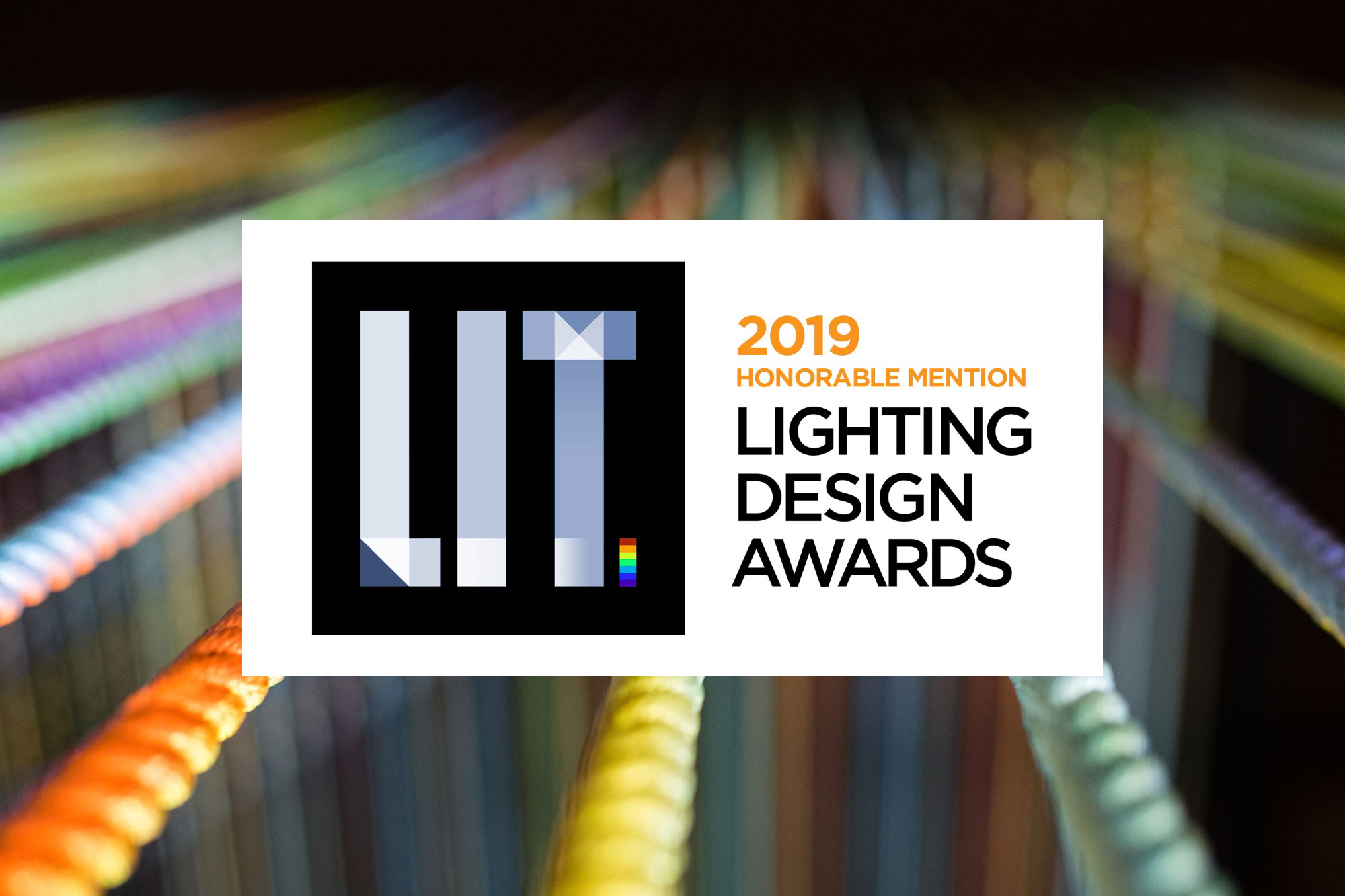 The background of O.T. 976 is the transformation of digital signs in the form of dots, lines and triangles into real space. Through the transformation, the signs are again given a real, material form that is not only optically visible, but can be experienced and grasped with all the senses.

Over the canal Reiss spans a simple, folded form consisting of three quadrangles covered with ropes from traditional ship traffic. The result is a clear geometric form that is permeable through the spaces and interspaces. The projection hits the ropes and literally falls through the interstices.

Over a period of 20 minutes, a generative projection unfolds, initially black and white, then consisting of a variety of colours, dots or particles, then lines, beams and polygons projected onto the surface. Over the entire period of time, a generative process of creation of digital signs develops, oscillating between surface and space.

The three-dimensional, real installation thus offers a projection surface for the digital signs, but also eludes them by swallowing the light through the spaces between them.

Stefan Reiss asks simple questions in his work: How can I define space and interspace, surface and volume, presence and absence of light?

At the beginning there were two different implementations, which were tested for feasibility: Variant I with LEDs and variant II with projection. From the outset, there was intensive contact with the festival's project management in order to weigh up material costs, possible structural difficulties, durability of the components and feasibility during the harsh weather conditions. Approximately 3 months before the festival, it was clear that a projection on ropes was the only way to ensure a safe and visually attractive implementation over the long festival period.

About four weeks before the opening of the festival, the steel construction north of Amsterdam was started, two weeks later the entire installation was erected at the outstanding and exciting location (Eenhornsluis). For the projection, a special container was set up which accommodated two of the four projectors, two others were installed in waterproof boxes. For five days we then set up the projection exactly on the sculpture. Many thanks to the entire festival team who made the realisation of this complex art work possible.