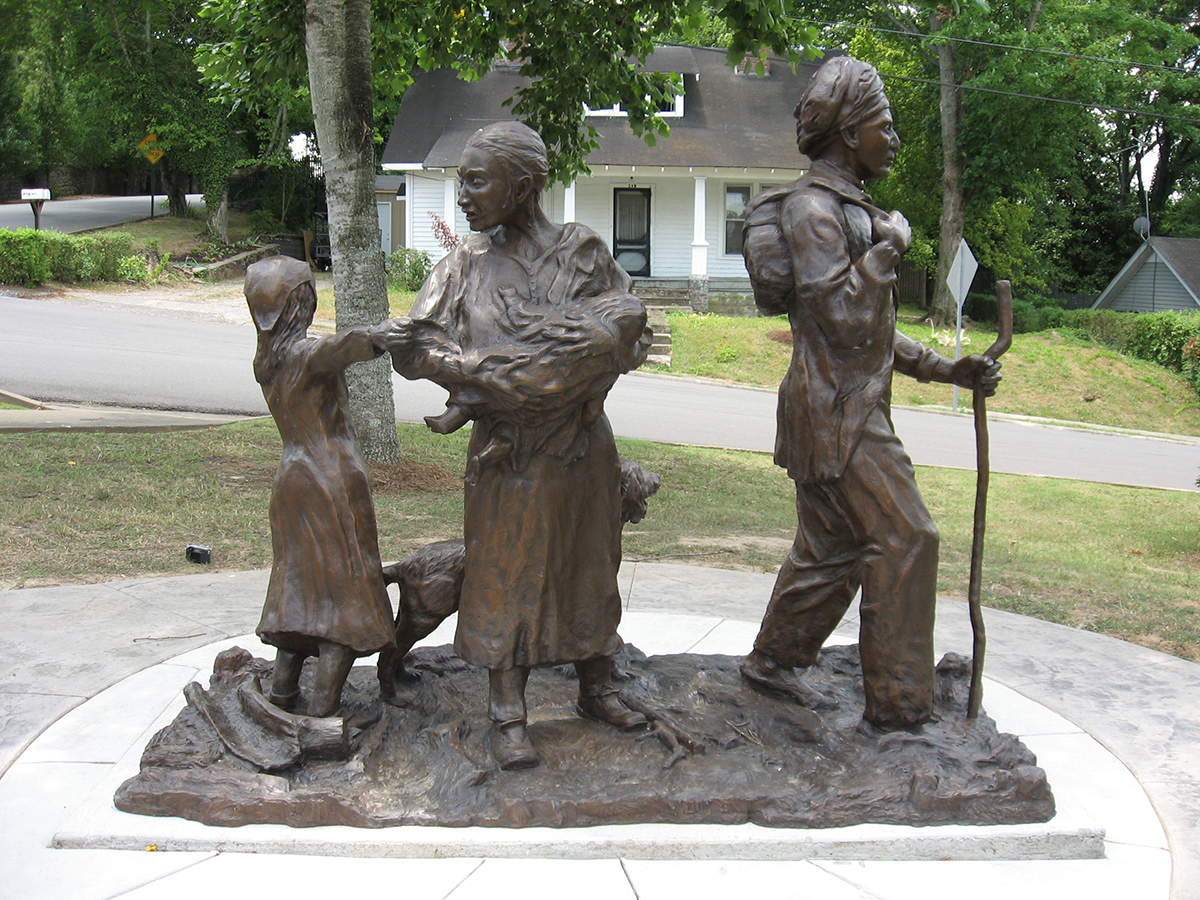 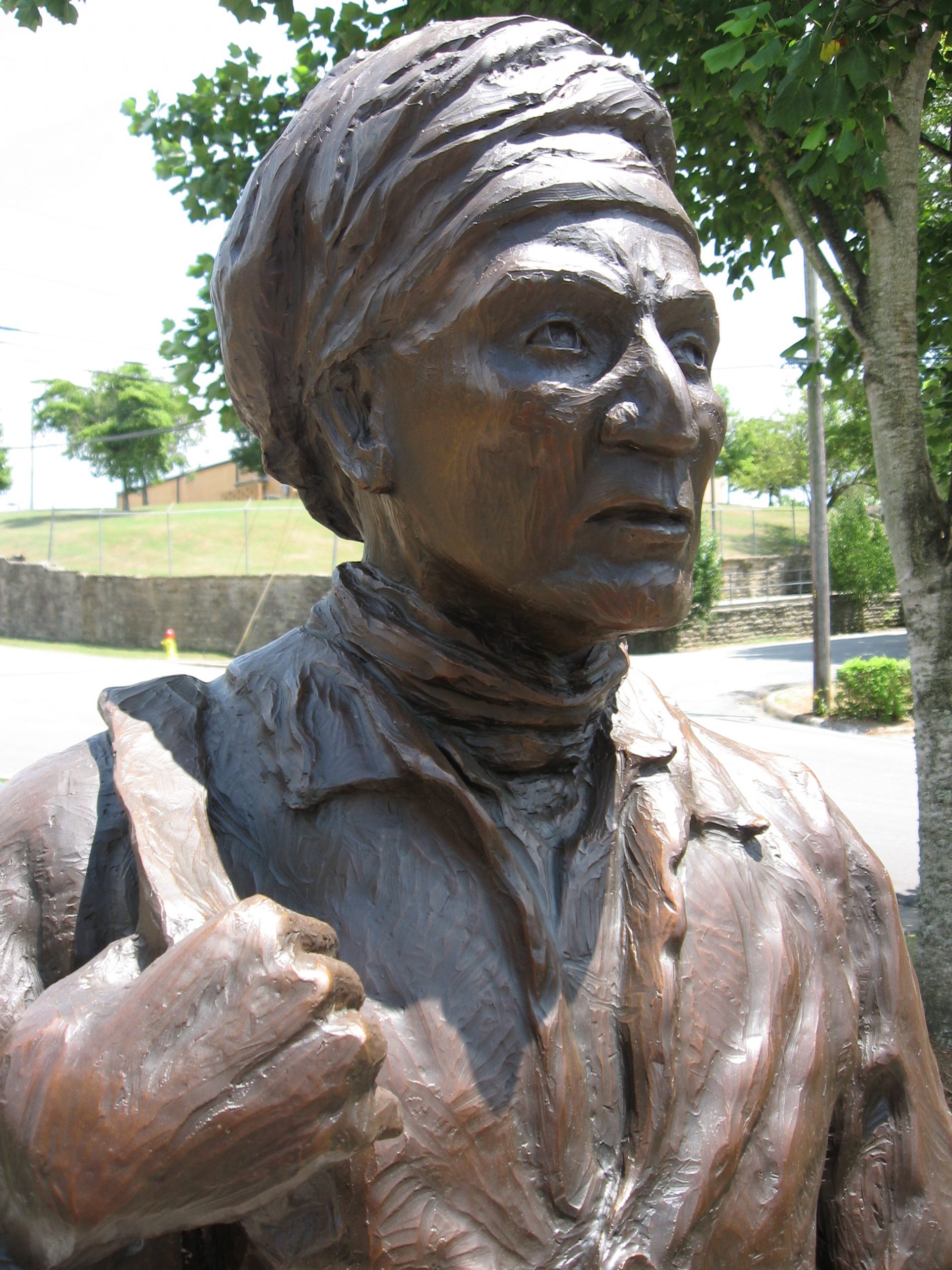 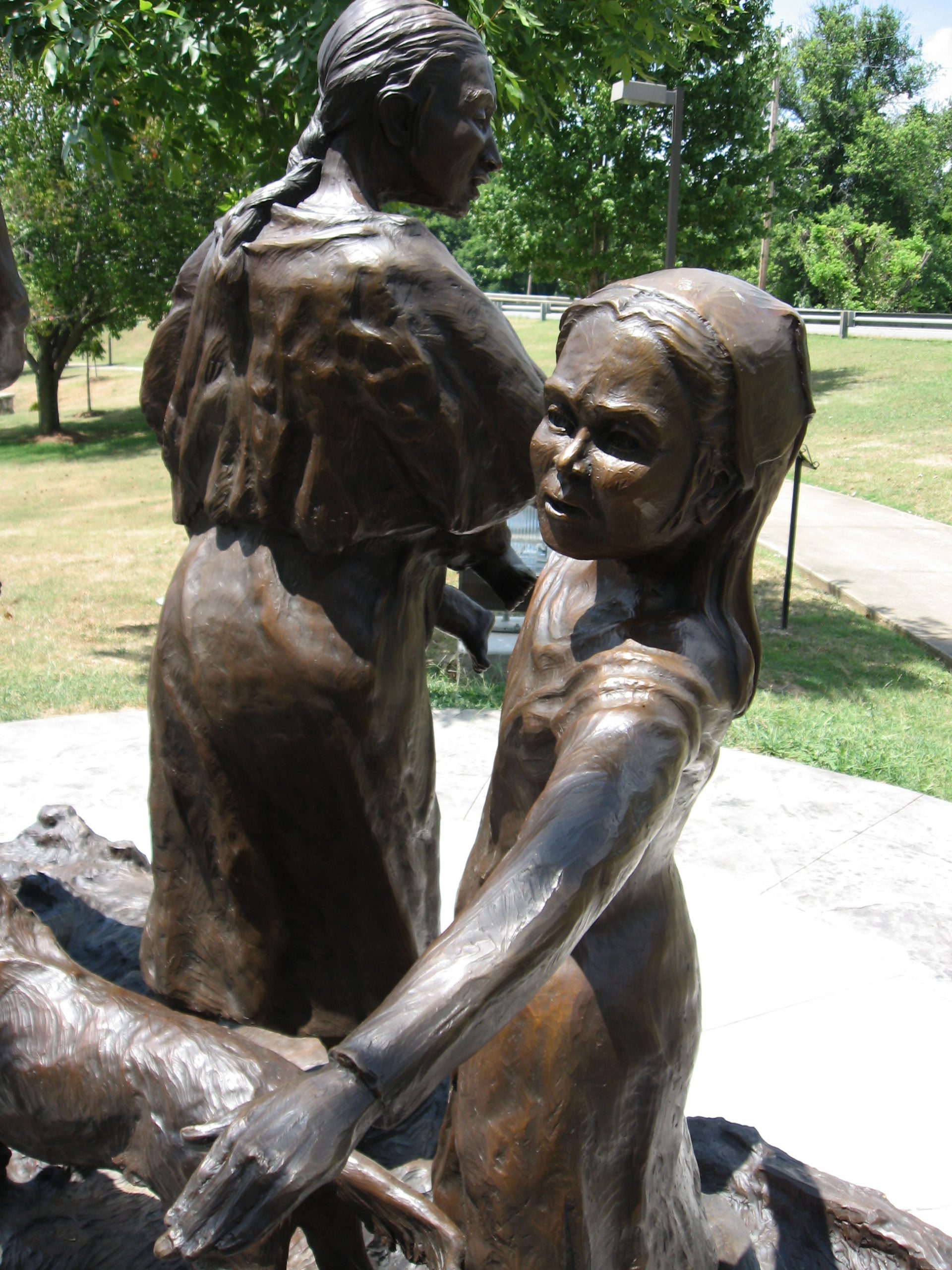 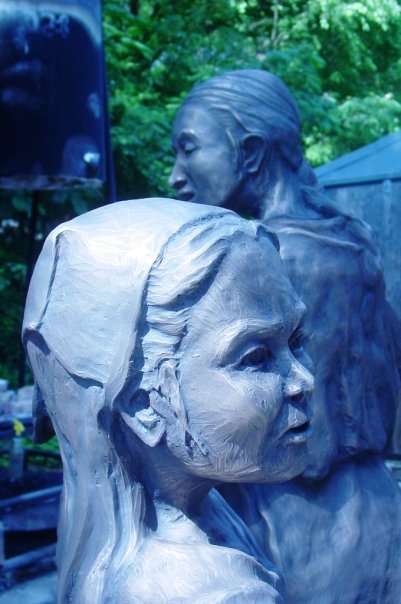 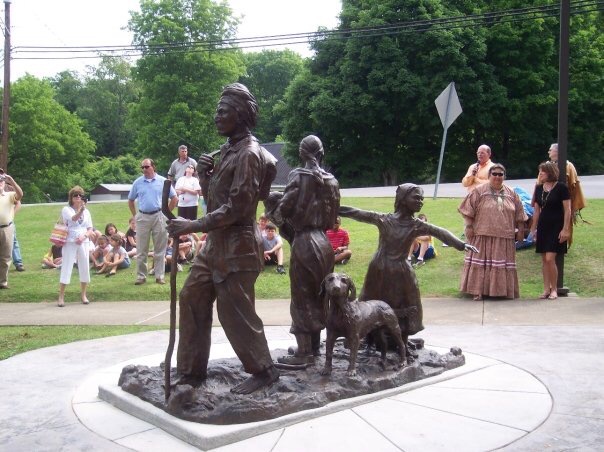 Located at the Trail of Tears Interpretive Center in Pulaski, Tn. , Federal and Giles County, Tn., money, plus a Tennessee state grant, funded the project that started after the Tennessee Preservation Trust identified the Trail of Tears as the state’s most endangered historic site. The county’s tourism foundation undertook the $1 million project to create a memorial to the tragic march and ensure that future generations know the story of the Indian Removal Act of 1830. It is entitled Nunahi-Duna-Dlo-Hily-I, or “The Trail Where They Cried.” It depicted an Indigenous family ( father, mother, baby, little girl and a dog) walking toward Oklahoma on a trail. The trail itself is sculpted, too, with the roots, ruts and branches that might be found on the footpath. Additionally, the bare footprints of some descendants of people who walked the trail were cast into the sculpture on the base. Much research was done into the clothing, and the facial features. The design was vetted by the Eastern and Western bands of the Cherokee, and by the tourism board.

The statue is outside the Interpretive center near the place where two trails cross. The trails are the Benge and the Bells route that follows the forced removal of the Cherokees from the eastern United States to Oklahoma. The center is in the former Immaculate Conception Catholic Church, which dates to 1941. The widow of Frank Mars, founder of the Mars Candy Company, donated money in his memory to build the church. It is at East College Street and U.S. 31. In Pulaski, Tn
The center includes videos and photos to tell the Cherokee nation's story and offer information about the Trail of Tears. The story is told in facial expressions, body language, clothing and gestures ( the little girl is trying to turn back homeward.) Because we really wanted to engage children in the story, we also added a dog, when records showed that some of the displaces families did travel with their pet. The dog is about the height of a 4 year old child's eye level, and so attracts the younger ones to the piece, which can seem quite massive to a little one.

This process took 10 years ! Making certain that we didn't start until the Tennessee Preservation Trust identified the Trail of Tears by land-proofing, then raising awareness, money and getting the design vetted and approved was time consuming. The actual sculpting, casting and installation process took 18 months.

During the unveiling of the sculpture, Cherokee people held a sage smoke ceremony in memory of the tragedy and in honor of the people who endure.