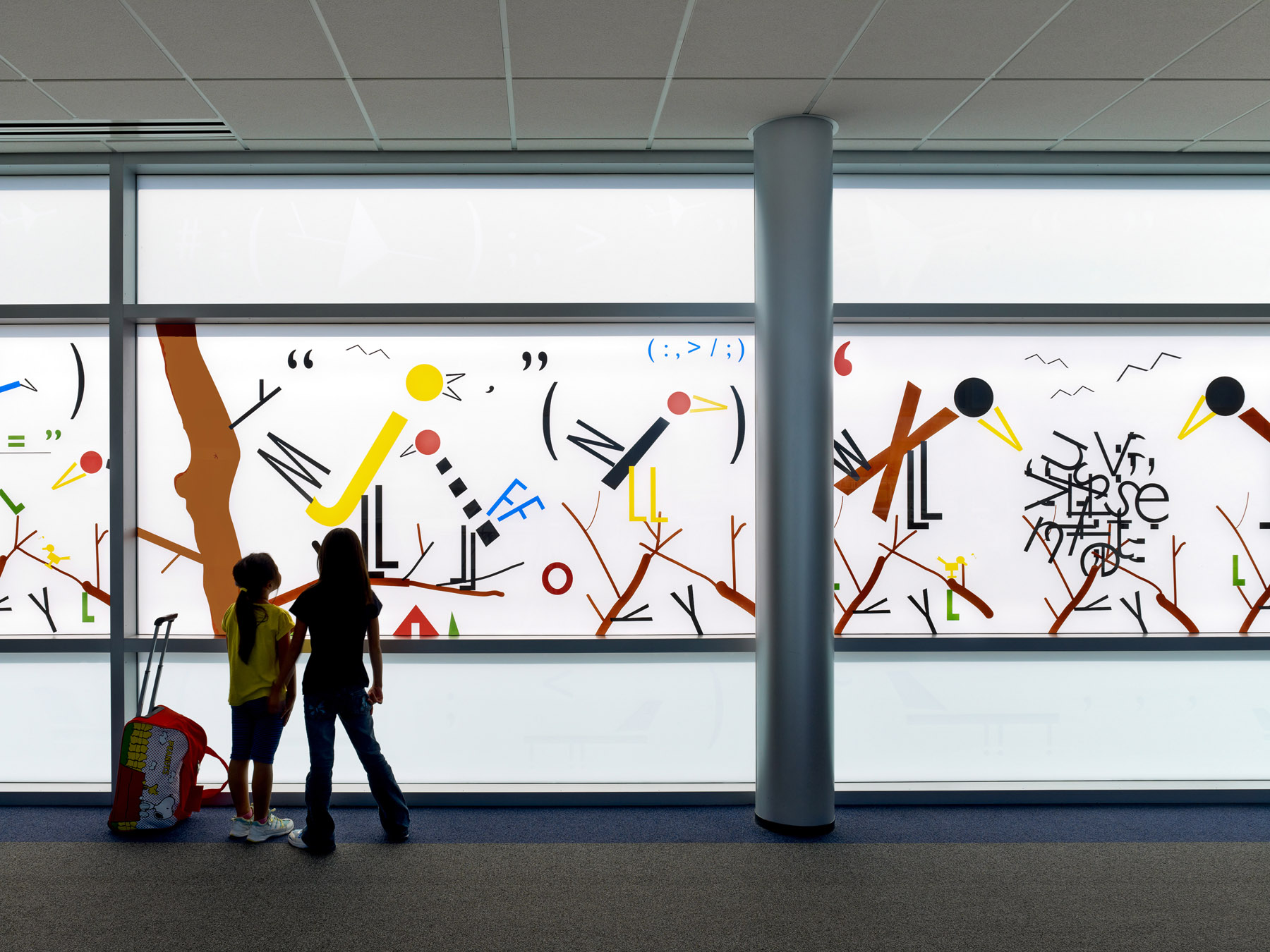 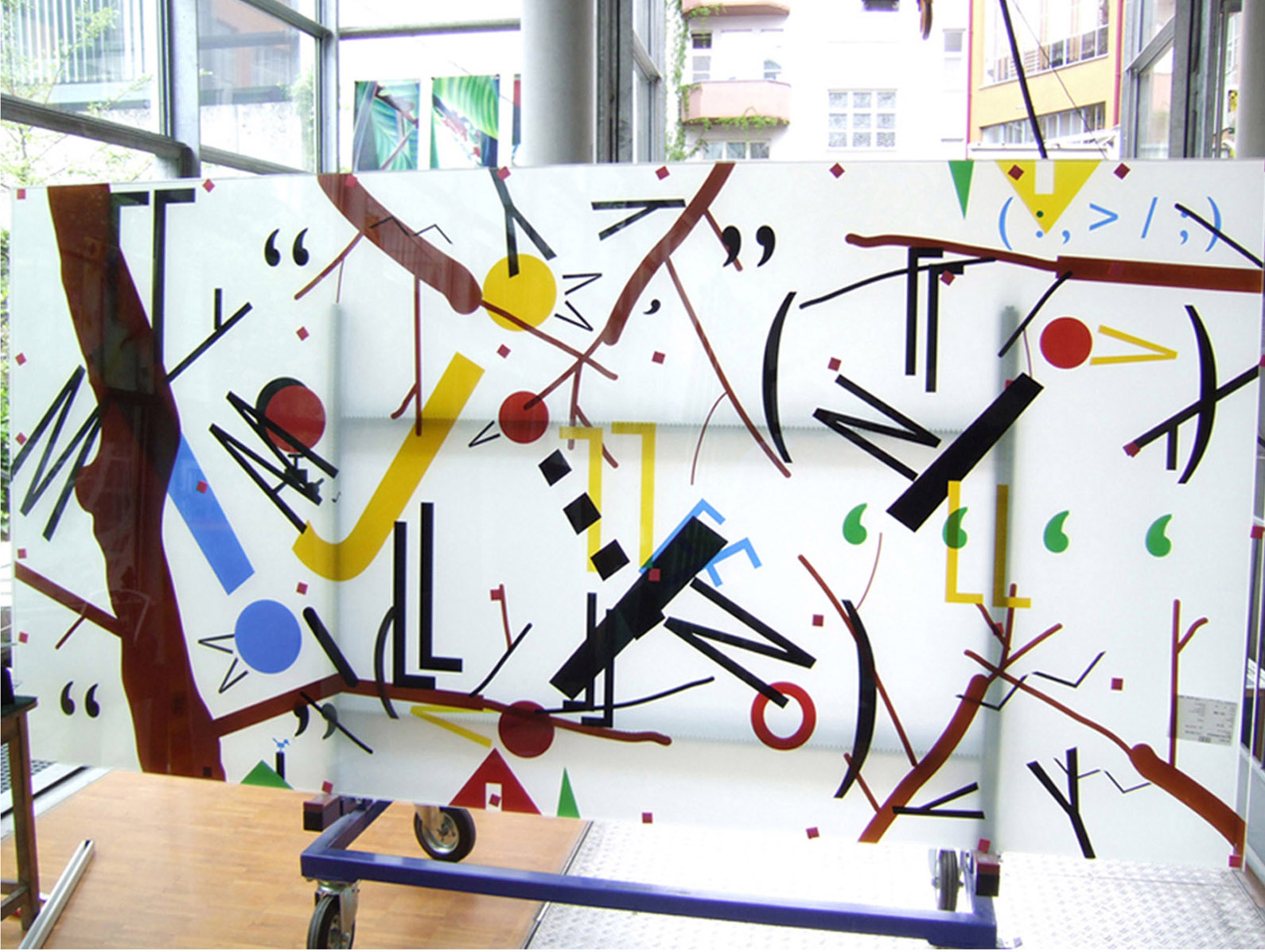 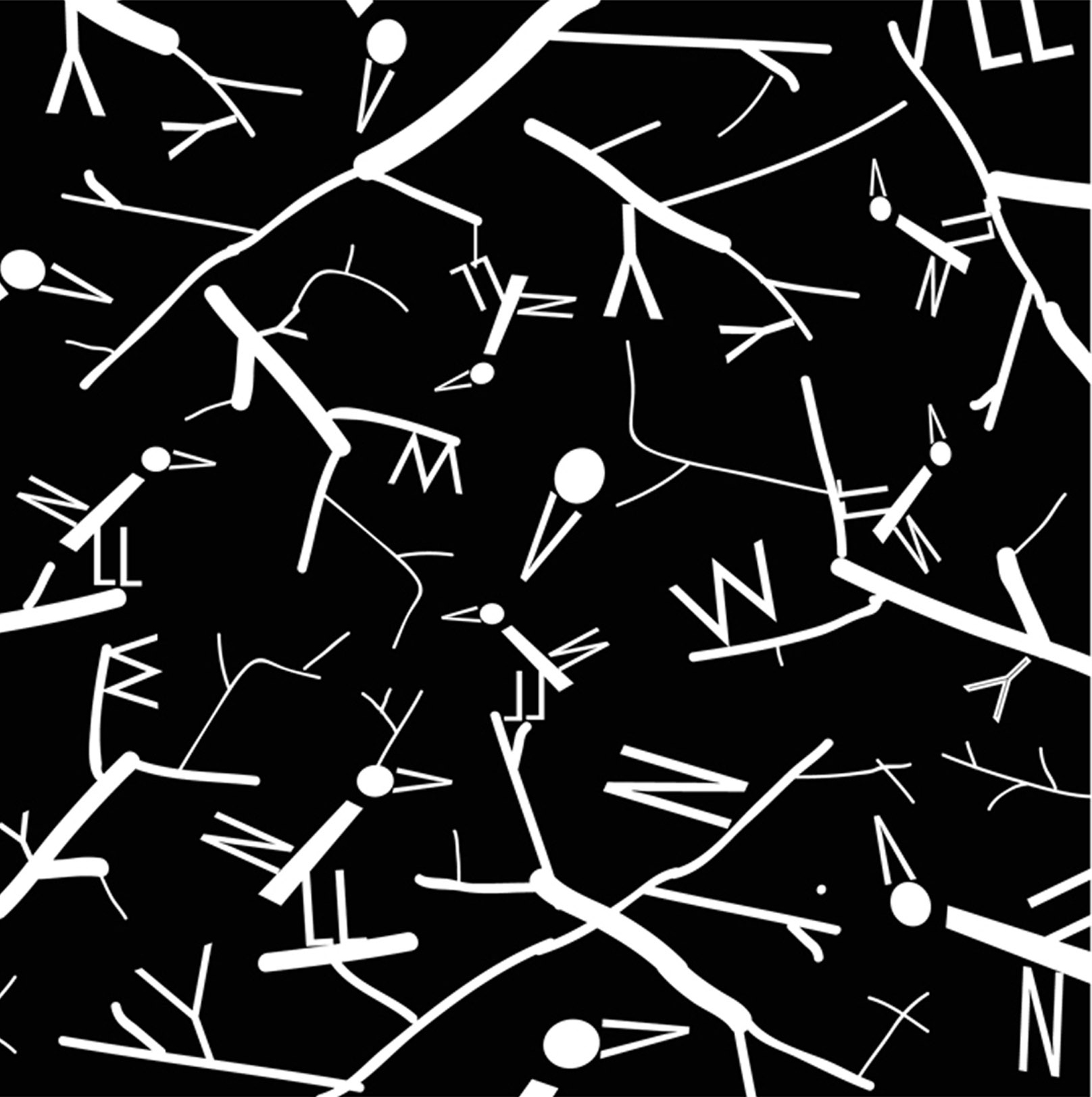 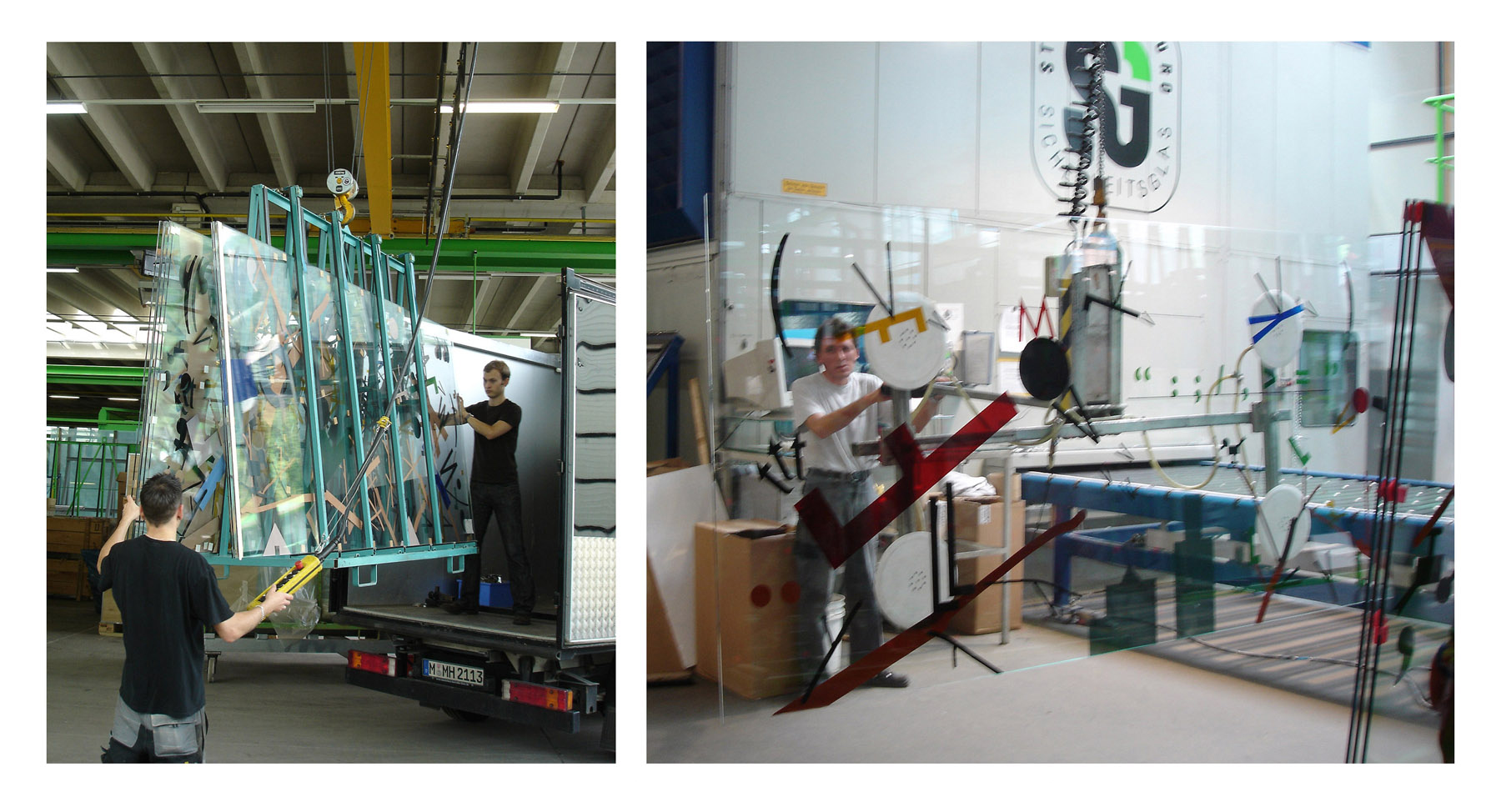 “bFiLrYd” transforms the secure connector between Terminal 3 and Boarding Area G at San Francisco's International Airport into a playful space filled with singing birds created using letters and punctuation marks. I felt this Glass Curtain Wall would be a wonderful opportunity for me to bring together my passion for language and birds into a romantic, idyllic vision….The letters and punctuation marks create a curious code of abstract icons that become a poetic statement.

The goal was to provide a curtain wall that is translucent rather than transparent in order to provide a natural light screen. The connector allows passengers arriving on a domestic flight to transfer to their international flight without leaving the post-security area.

Three types of glass techniques were employed in the creation of “BFILRYD.” The central series of panels, decorated with primary colors, were fabricated using a specific float glass technique and manufactured in Germany by Franz Mayer of Munich. In order to reproduce the images of birds and letters, they were converted into digital files, which were used to produce masks, or stencils of each image. The masks were cut by a computer stylus in preparation for the hand-airbrushing of ceramic glass melting colors, composed of powdered glass and pigments, onto the large glass pane. After application, the pane was taken to a large kiln and fired at a temperature hot enough to cause the pigment to melt, around 1150°F, and adhere firmly and permanently to the glass pane.

Frosted glass was used for the small panels depicting airplanes landing and taking off. The technique involves sandblasting clear sheets of glass so that it has a soft, slightly-opaque finish. The third technique, which was used for the black and white panels, involves laminating a photographic interlayer between two pieces of glass.

The title bFiLrYd is a combination of "bird" and "FLY". Ideally shown in two colors, all caps.