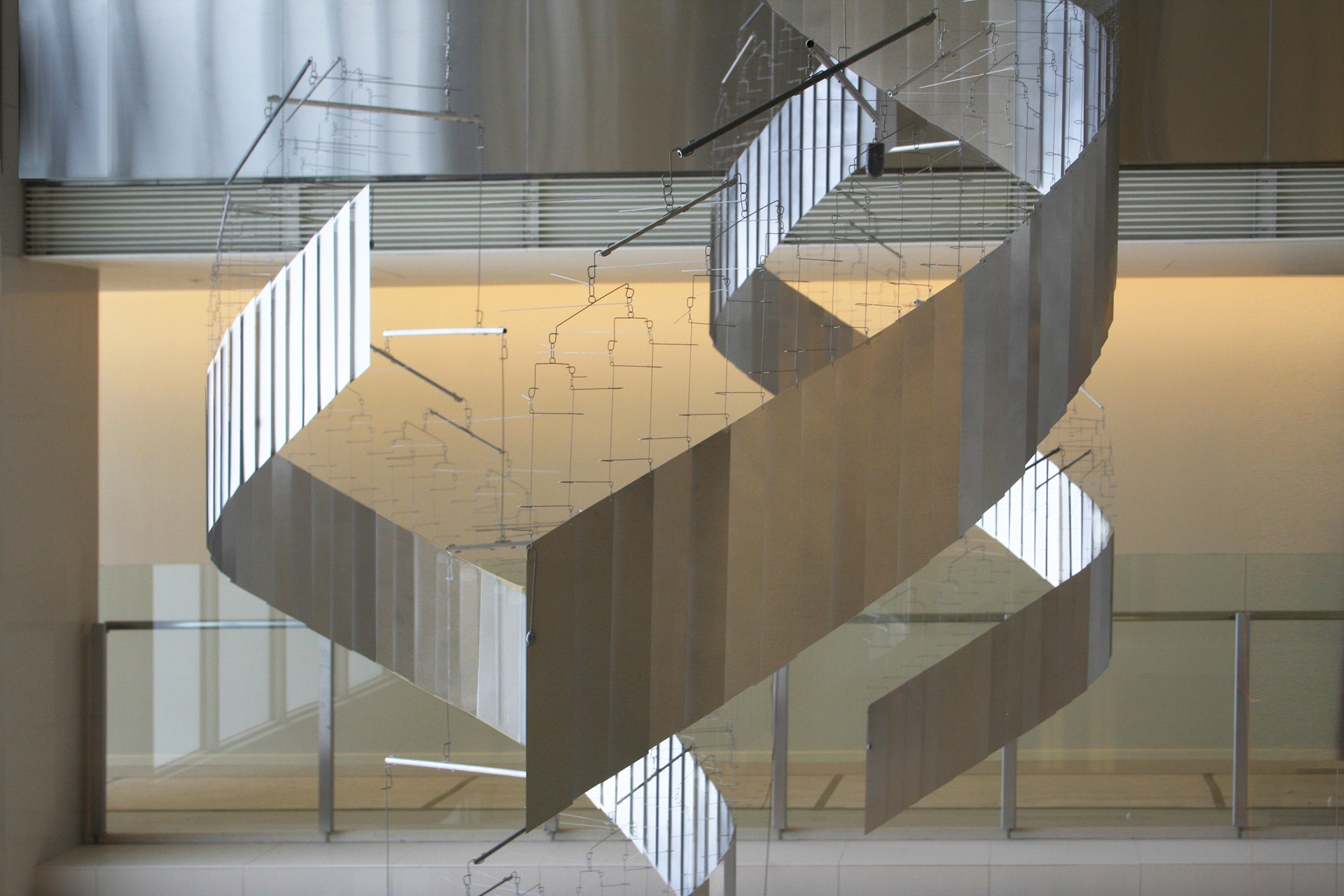 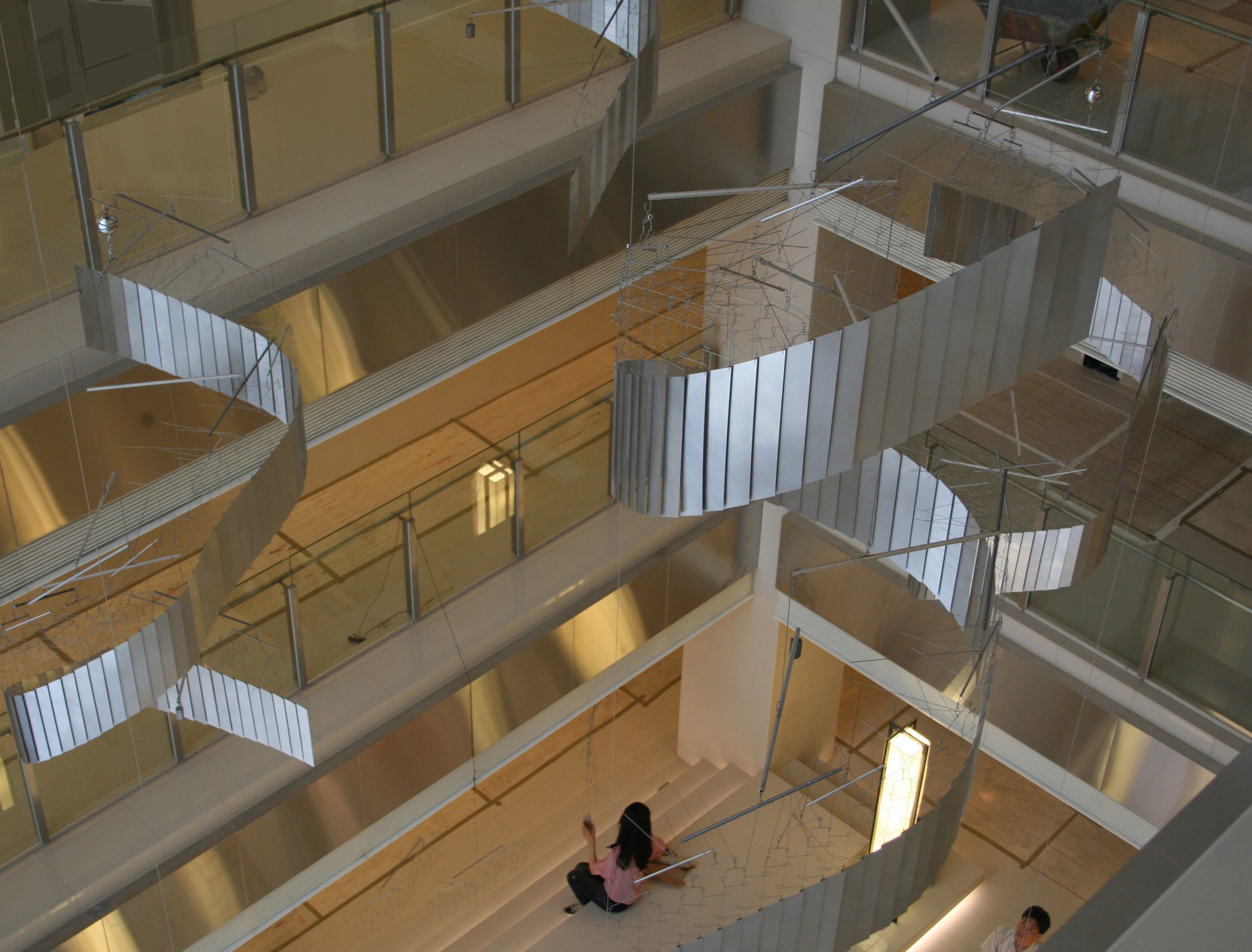 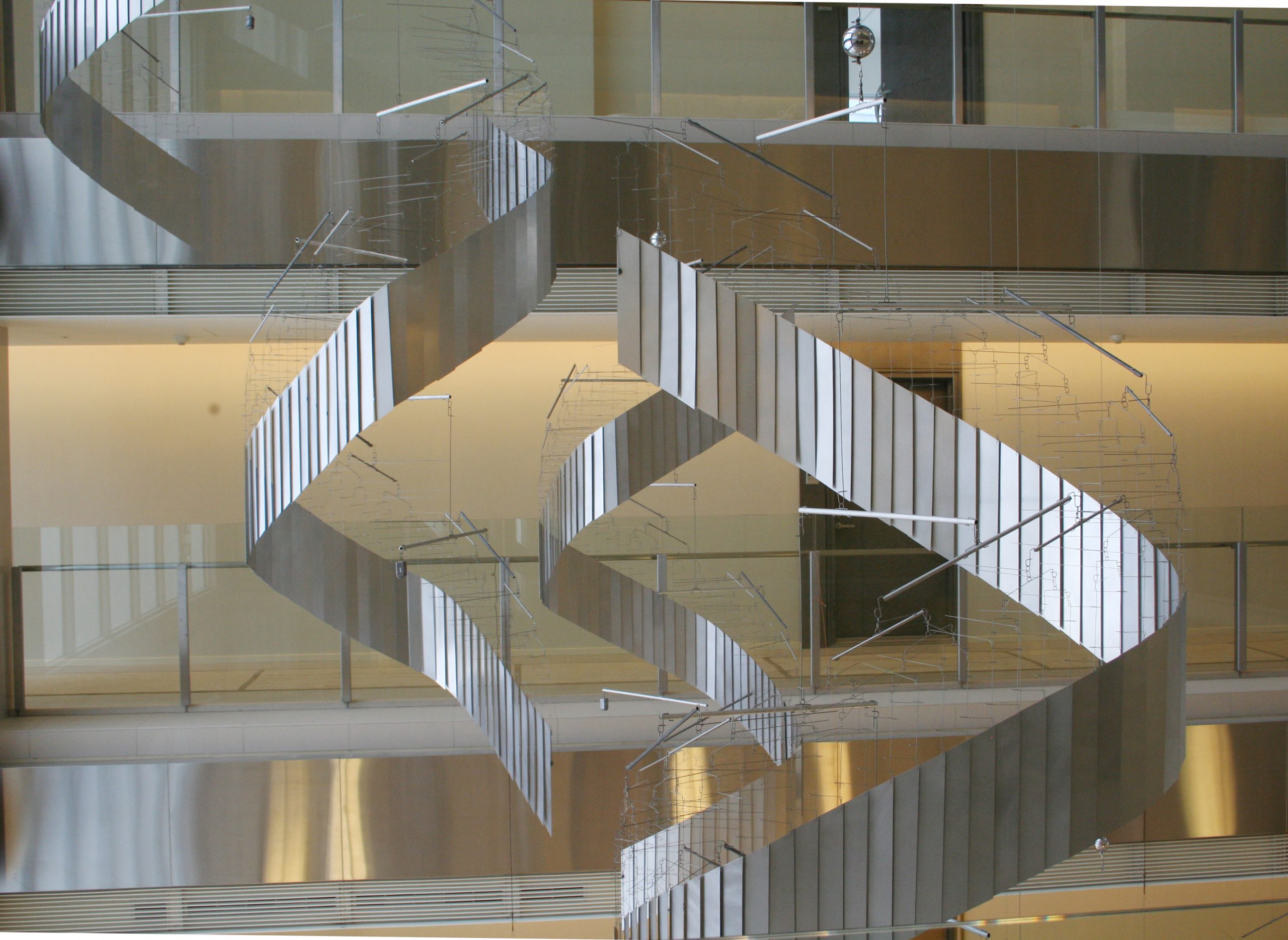 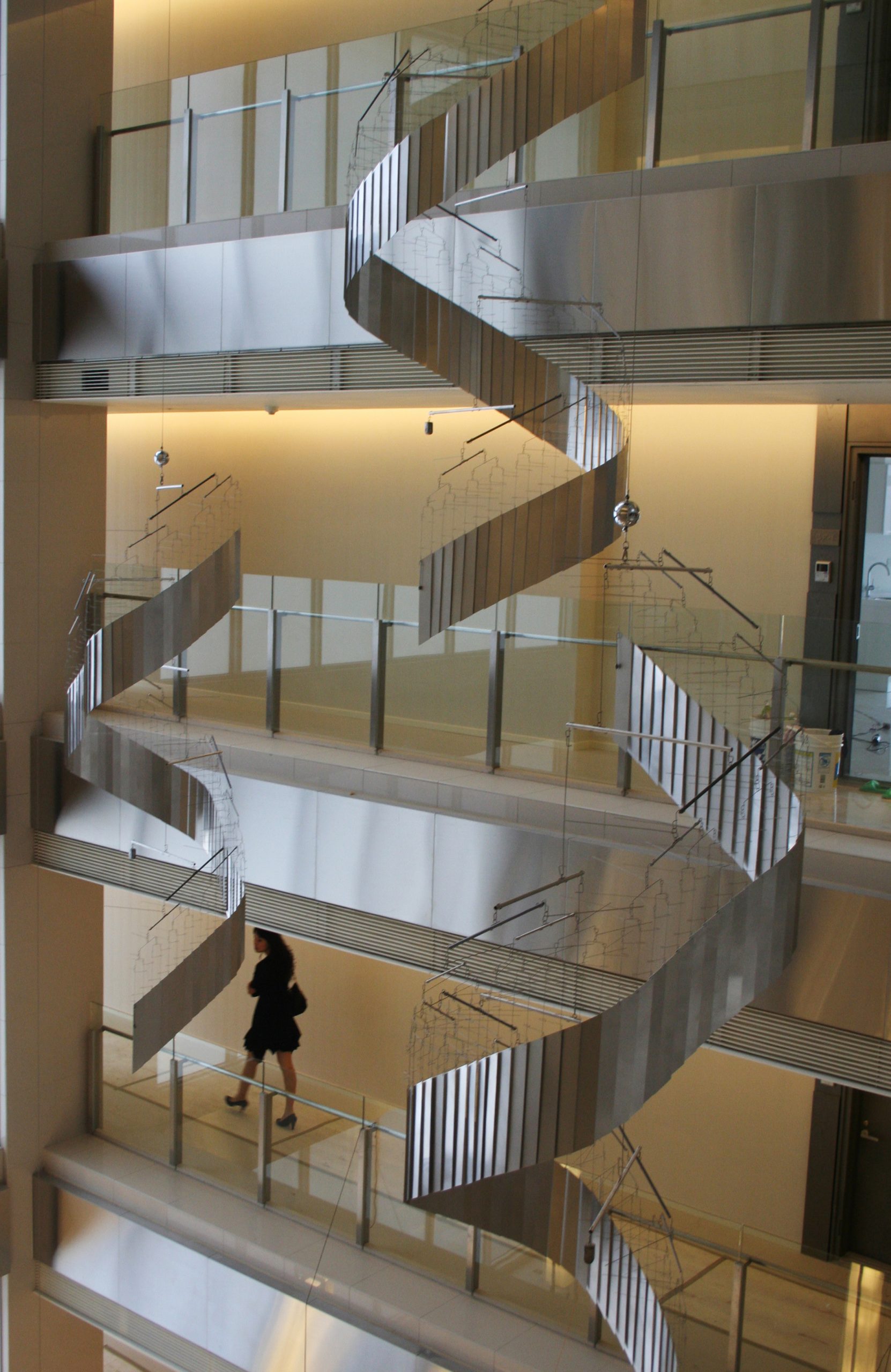 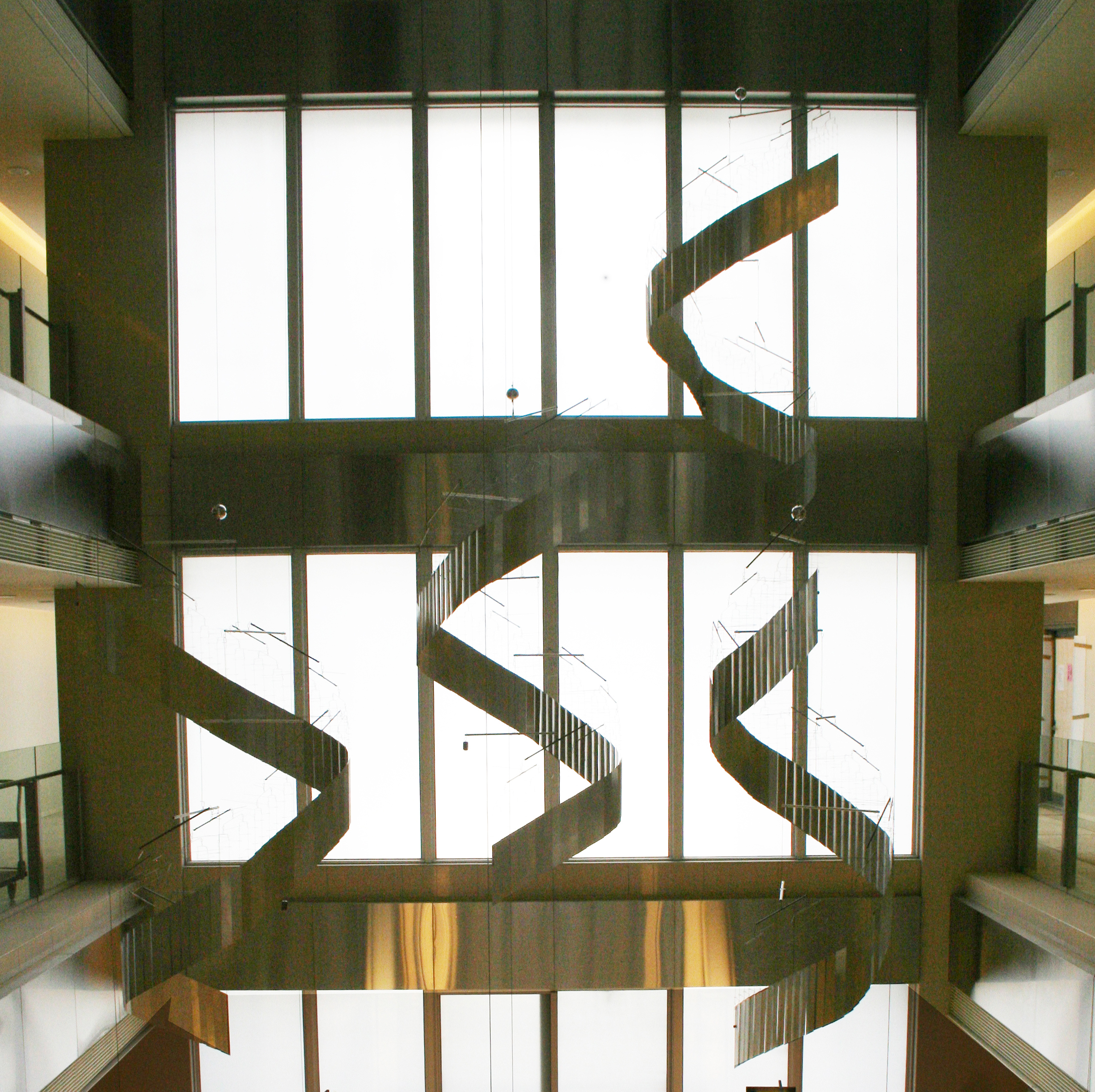 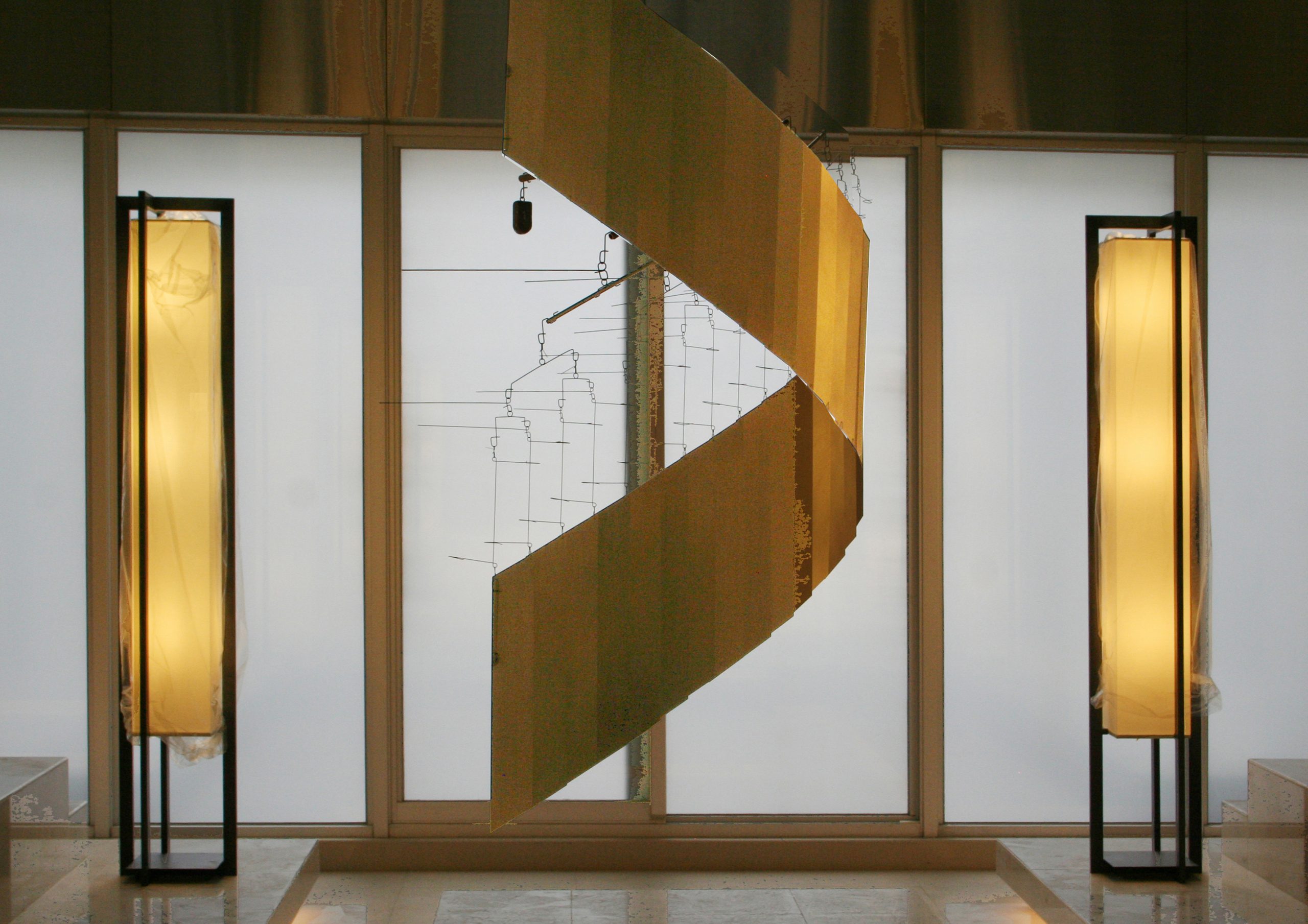 Made of aluminum and stainless steel, 9 slanted kinetic ribbons curl and undulate in the 8- story central atrium of a luxury apartment building in Taipei, Taiwan. One wall of the atrium is made of frosted glass. Brushed aluminum surfaces of the kinetic works reflect interior and exterior light colors.

Julian Li, architect for The Home Group in Taipei, Taiwan searched the web for a kinetic sculptor to work with and found Tim Prentice in the USA. Two years of transglobal conversations followed, developing a work that would fill and energize the atrium space. After the work was installed, air-handling systems and interior lighting were adjusted to fully integrate the sculpture into the life of the building.