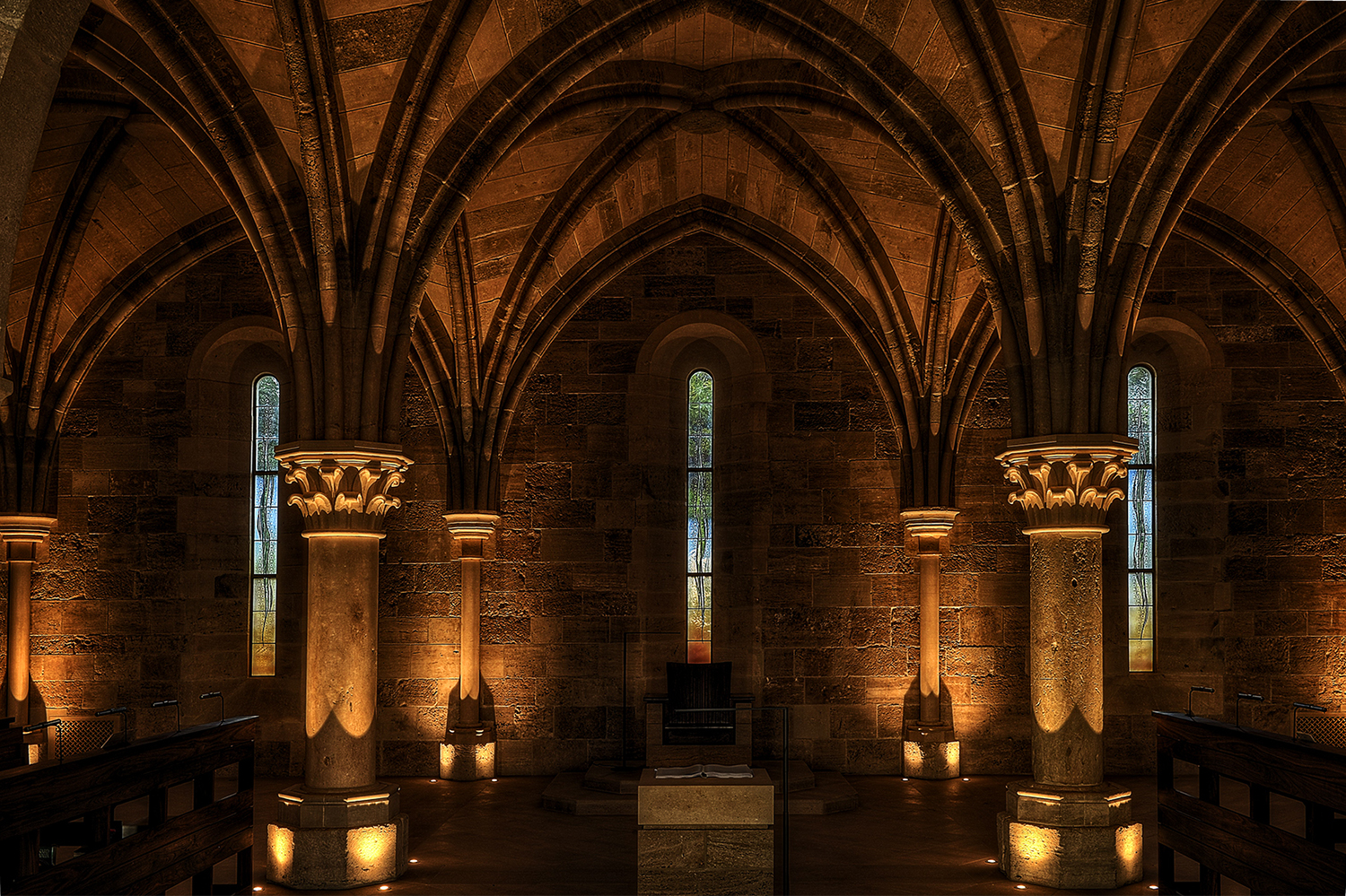 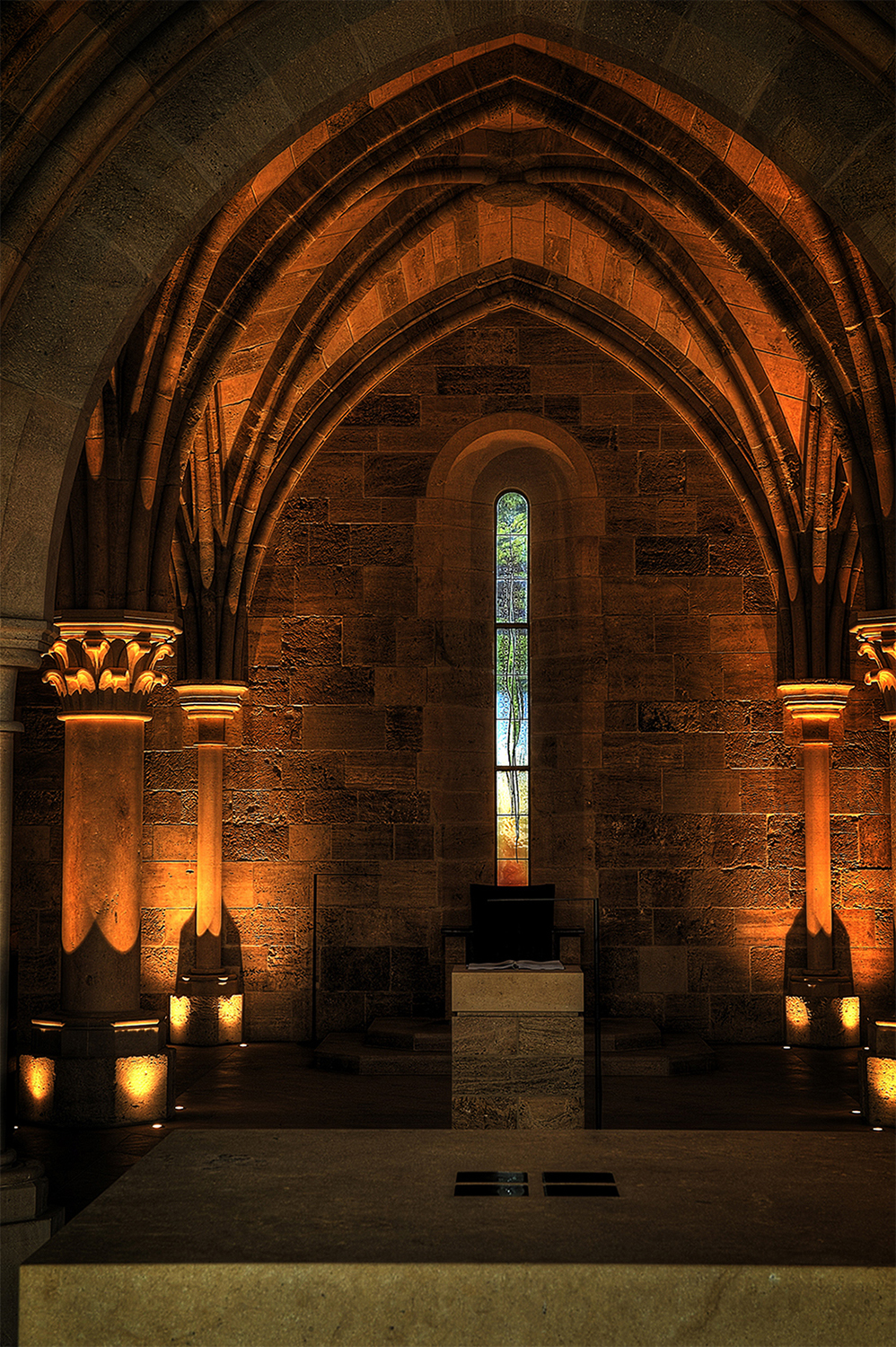 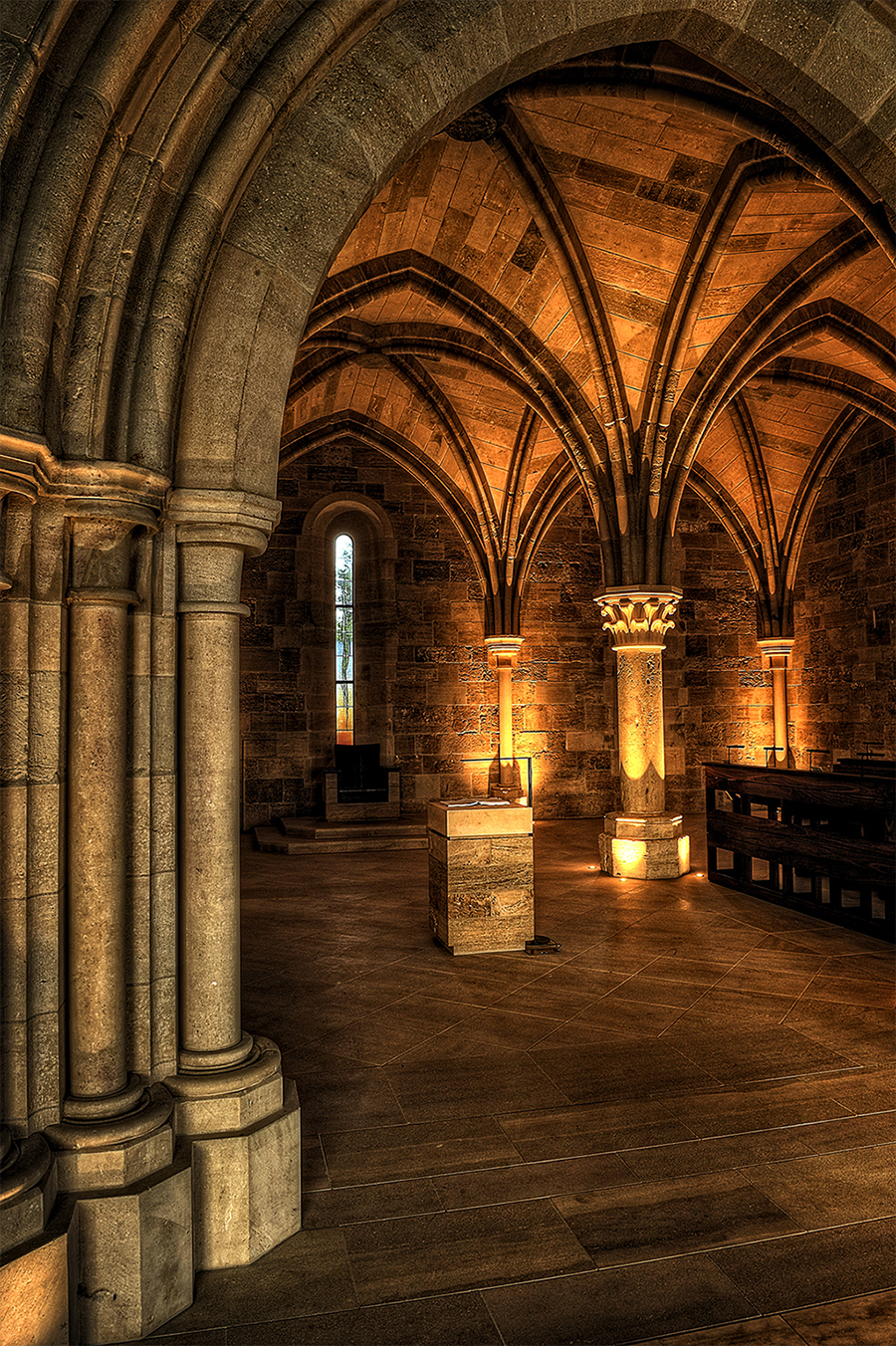 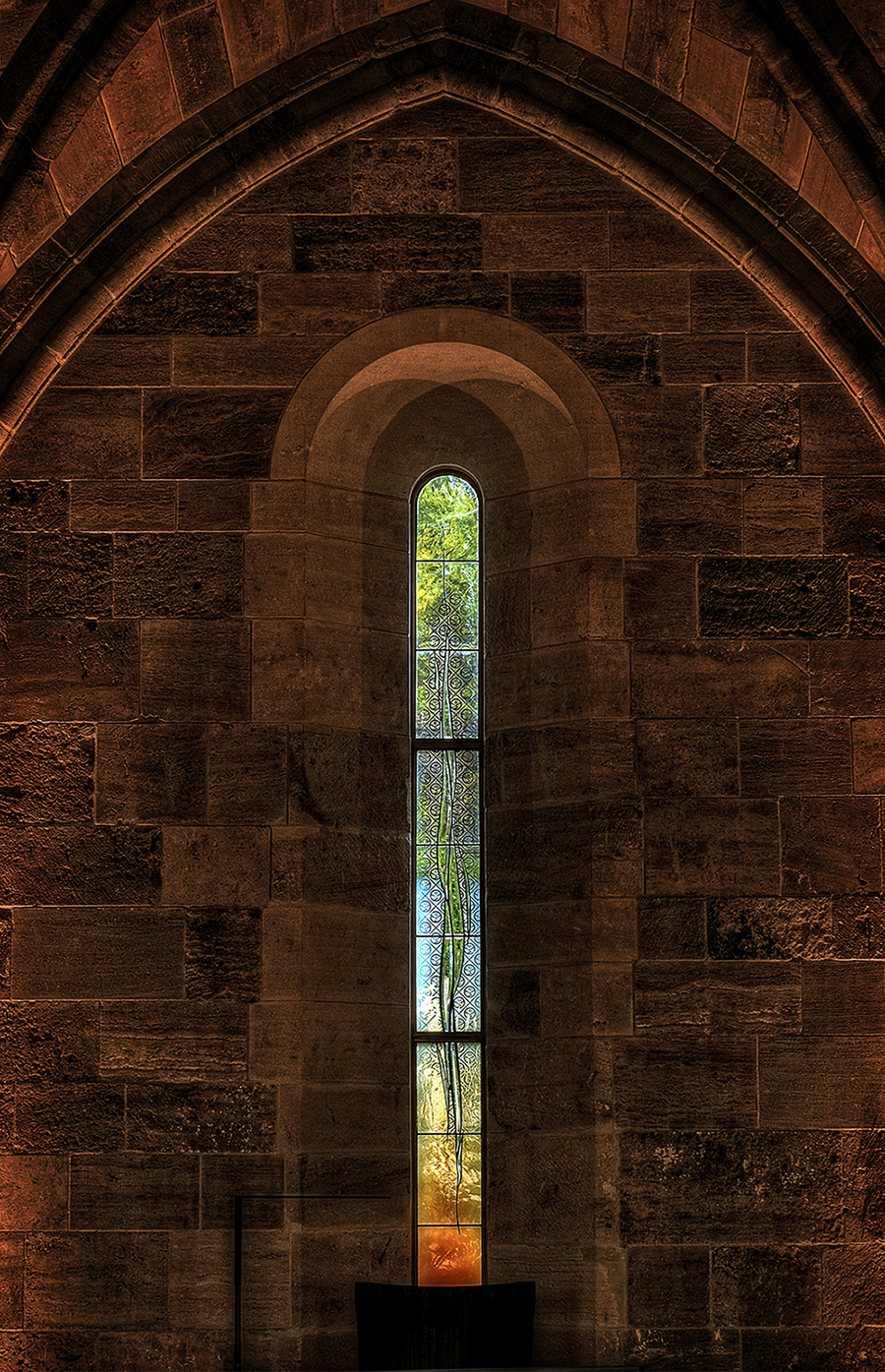 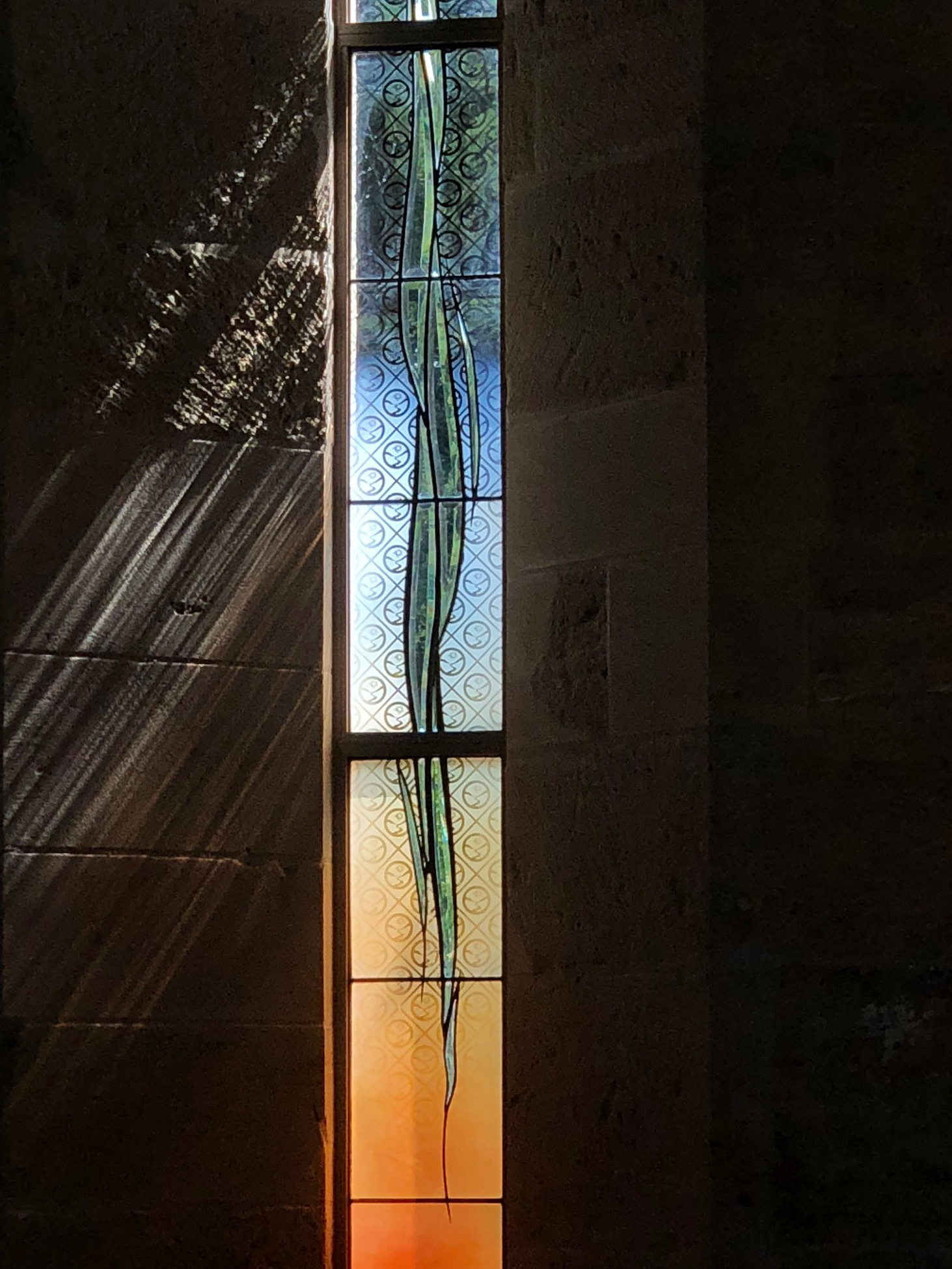 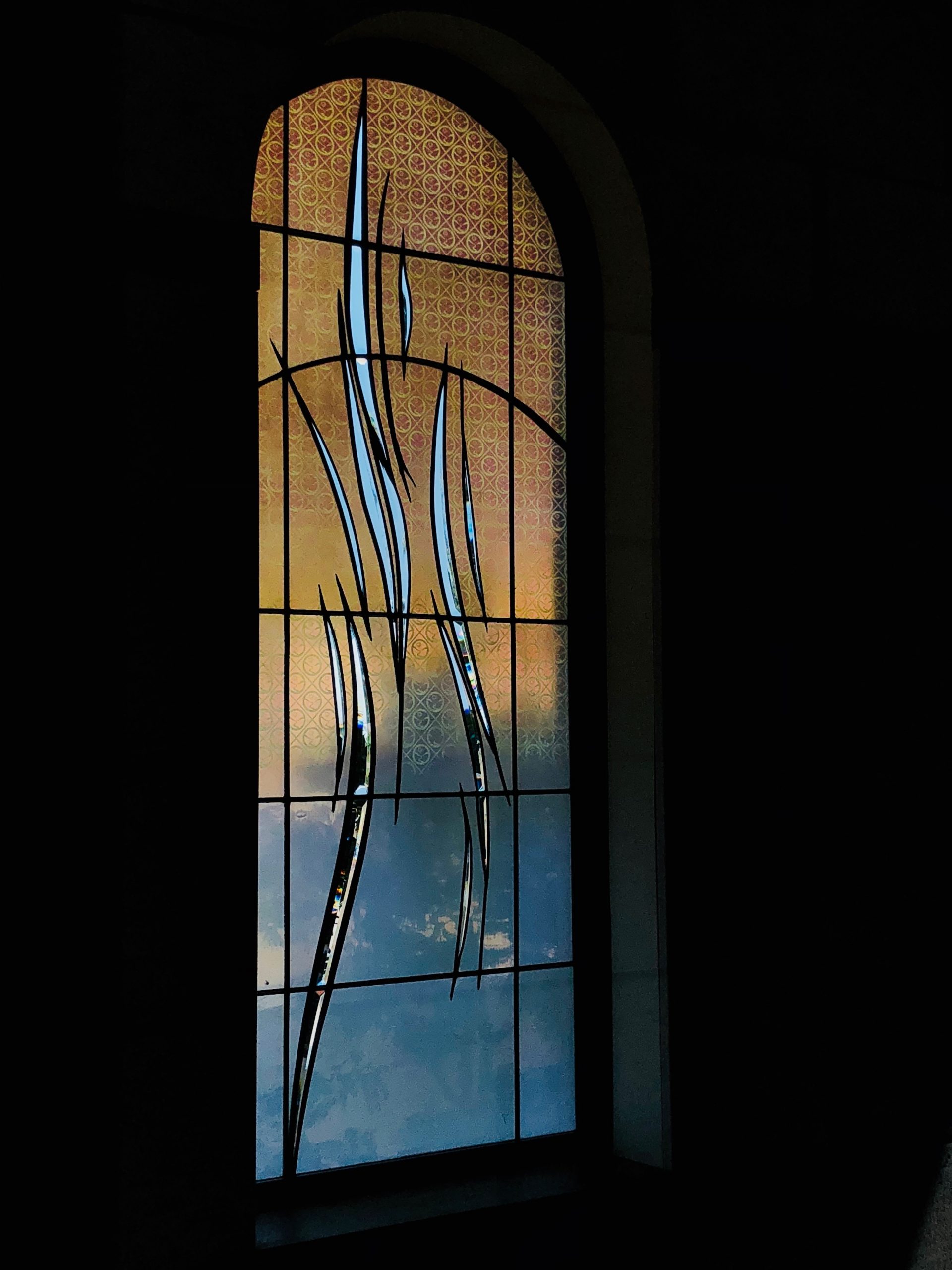 William Randolph Hearst imported this 12th century monastery from Spain to California in 1930. The Great Depression and World War II made it impossible for Hearst to re-build it. Sixty years later, the monks at New Clairvaux Monastery in Vina, CA. acquired the stones and eventually rebuilt it.

The art glass reflects European 12th century Cistercian monasteries, with abstract, simple, and often soft amber and white colors. Since the monks worship during the day and night, materials are used which are active both day and night: thus, the use of reflective 24 karat gold luster.

The challenge with a project like this was creating art glass windows that respected the historical nature of the structure, the light, and the charism of the Cistercian monks, while simultaneously bringing new materials and techniques into this ancient site.

I myself made retreats at the Abbey, and knew the decades-old vision and process for procuring, assembling, and funding this amazing reconstructed 12th c. Abbey. It was so perfect that the 12th c. Chapter House from Northern Spain should find its home again in a 21st c. Northern California Cistercian Abbey. I worked with the monks to find a design which fit the rhythm of their lives and the life of the building, and my studio worked closely with the architect(s), stonemasons, and the Contractor to carefully craft and install it into its unique ancient limestone window openings.