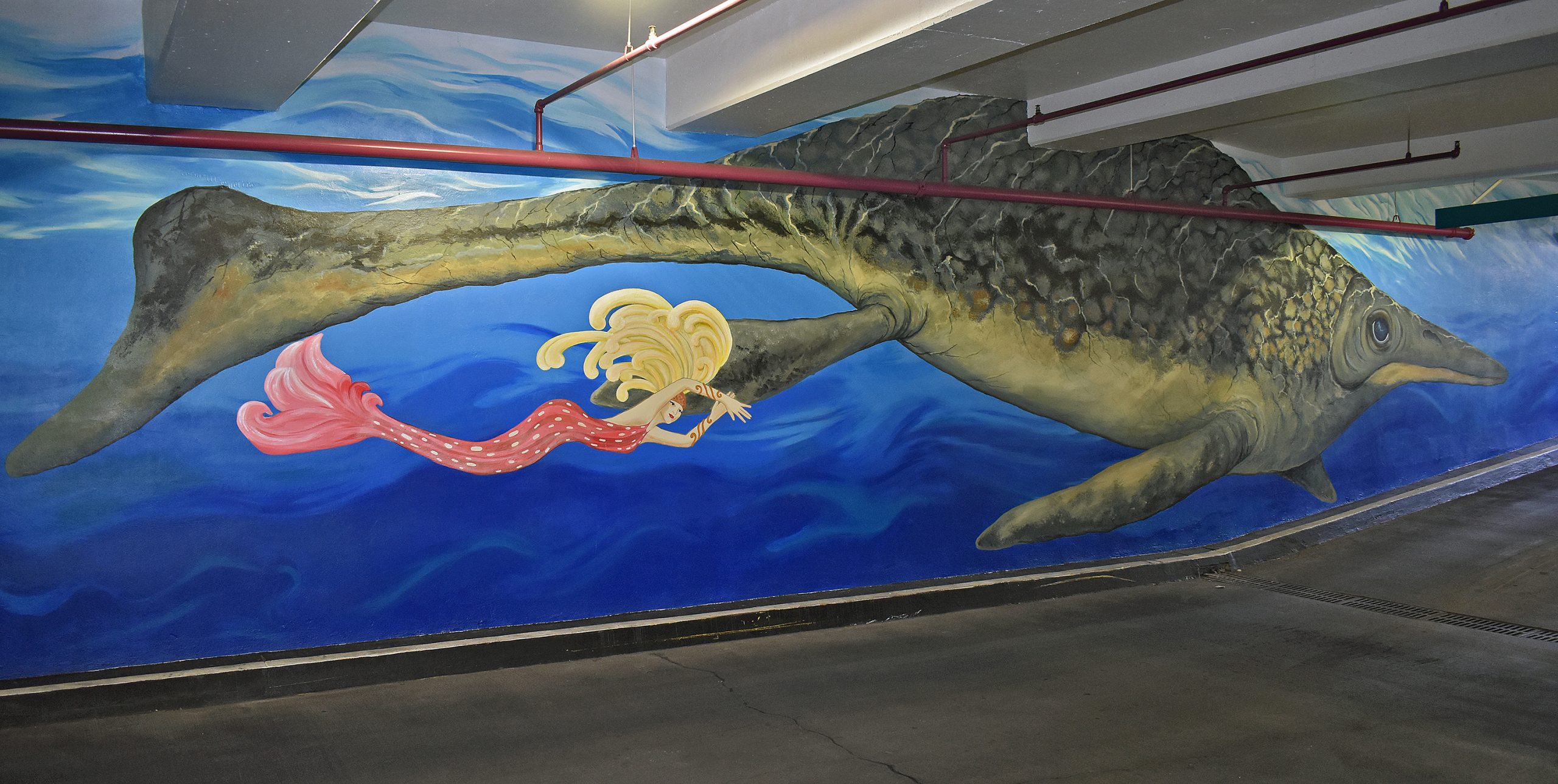 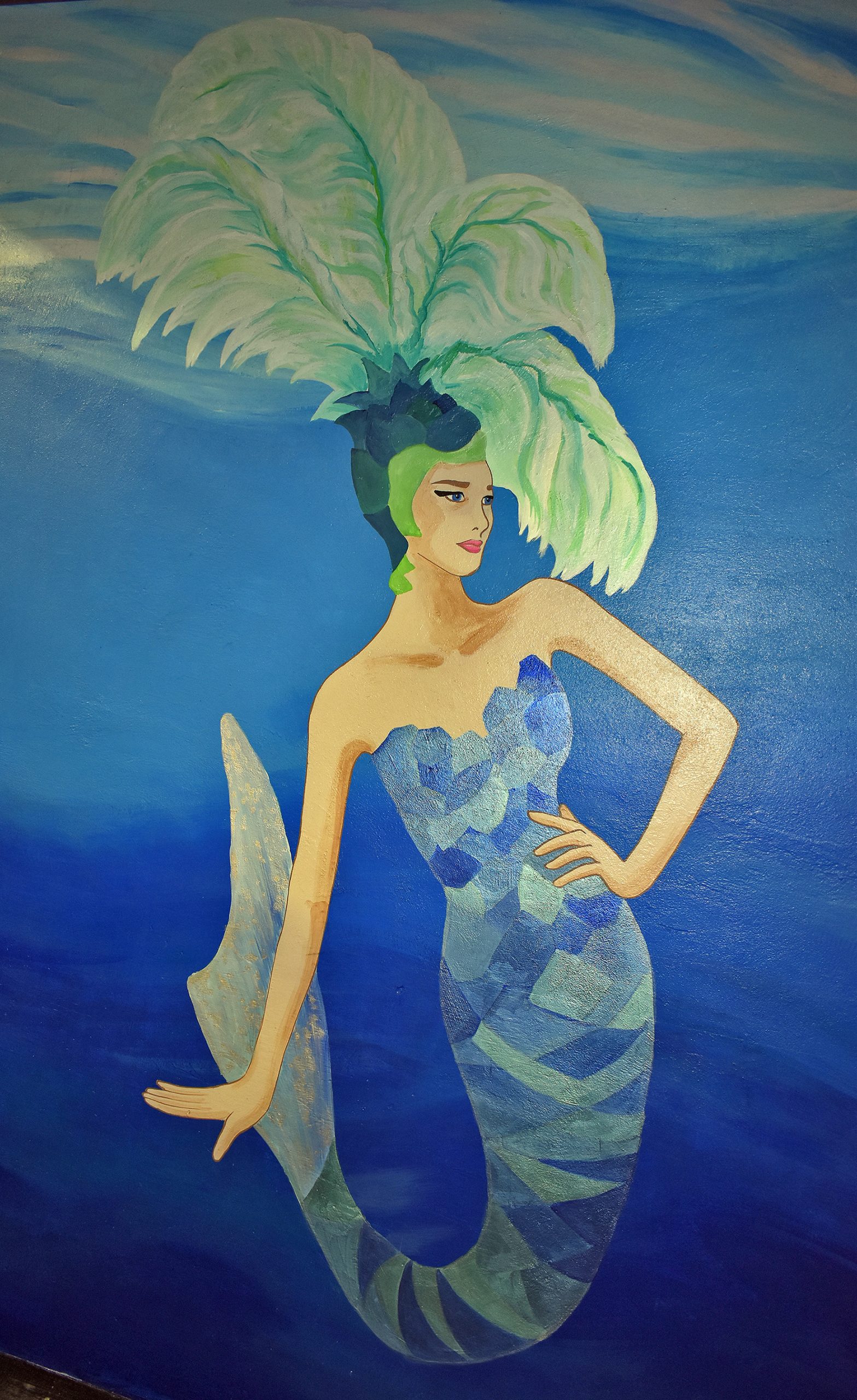 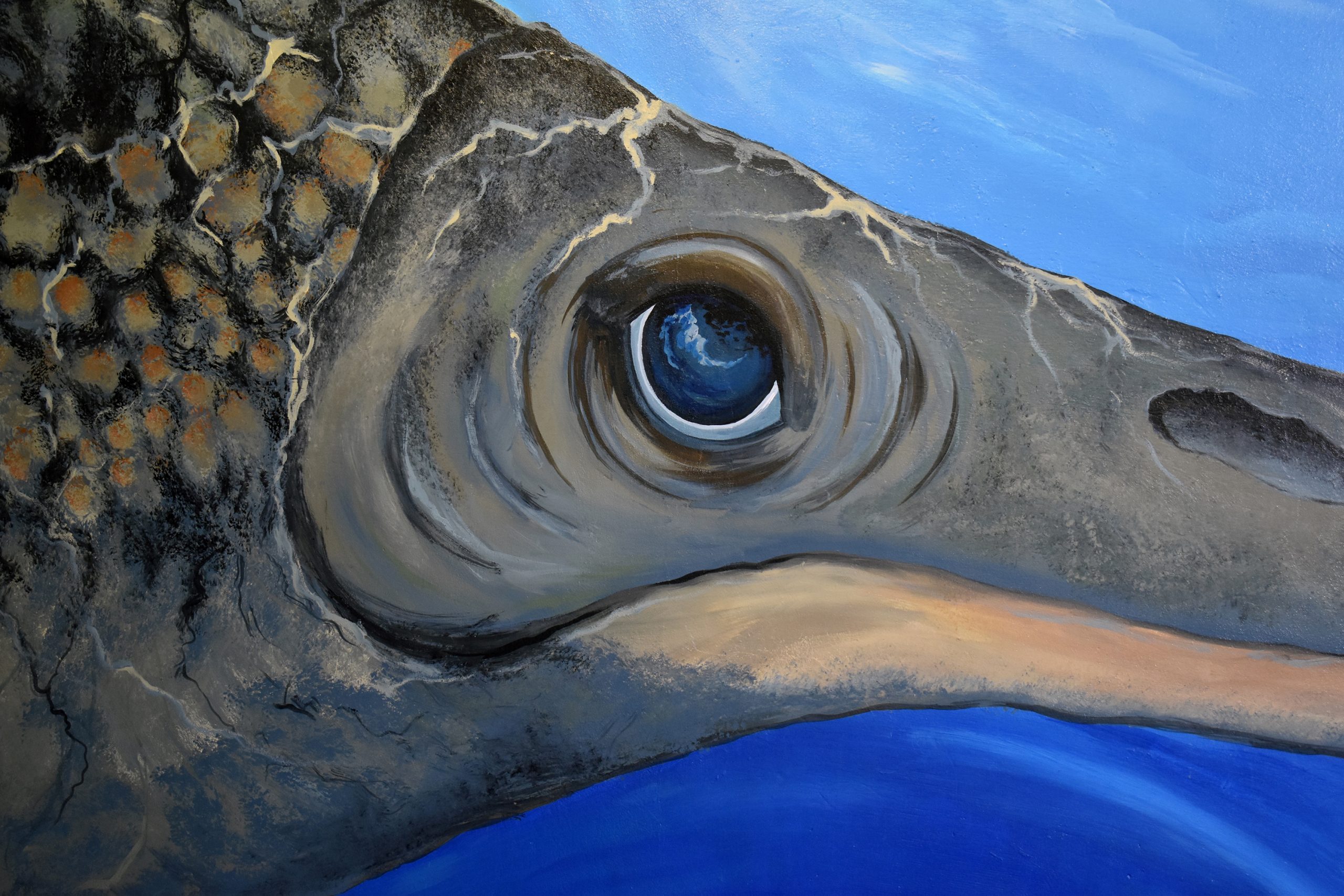 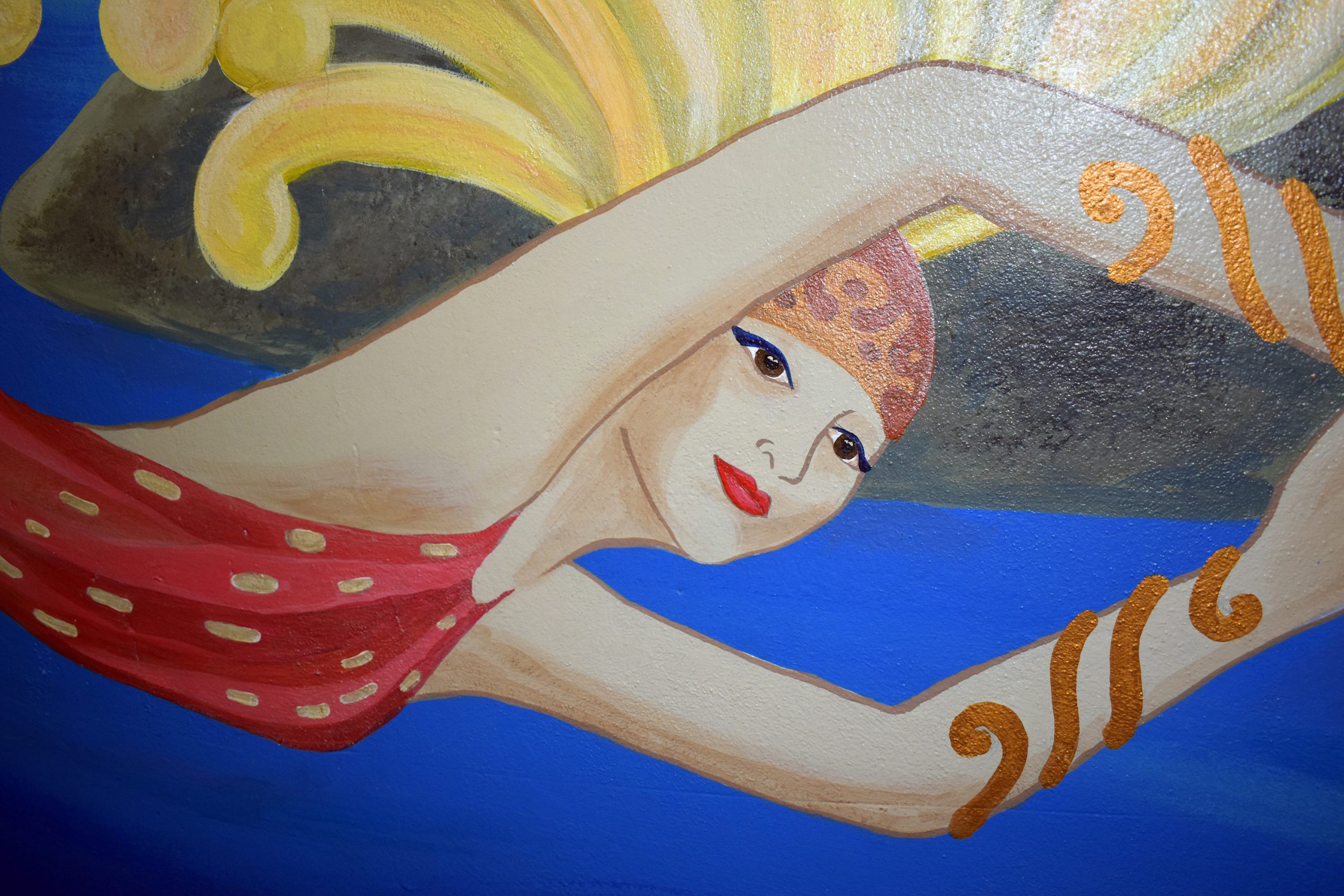 This mural is an imaginative glimpse into Nevada’s prehistoric past when half of the state was covered with ocean. The 40 foot-long marine reptile is a shonisaurus, inspired by a complete fossilized skeleton of the animal uncovered in Berlin, Nevada. Included in the underwater theme are three imagined prehistoric Vegas showgirls befitting the quirkiness of Neonopolis.

The mural was part of the facility's remodeling. This Downtown Las Vegas public parking garage is used annually by tens of thousands of out-of-state visitors and local residents.

Scientific input for the animals was provided by the Friends of Nevada State Museum Las Vegas, and Dr. Neil Kelley, Department of Earth and Environmental Sciences at Vanderbilt University.

This public art project was commissioned by the City of Las Vegas.