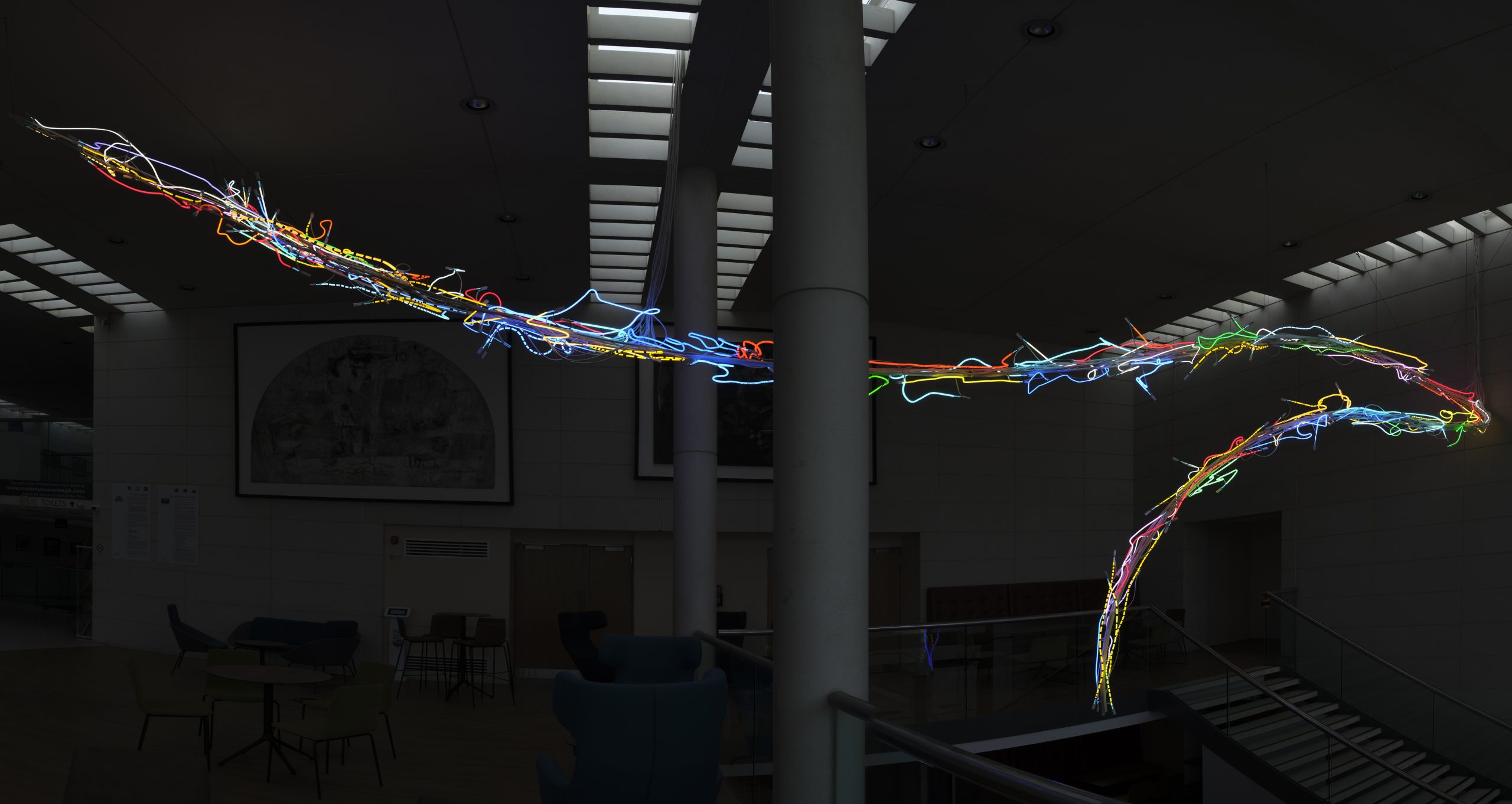 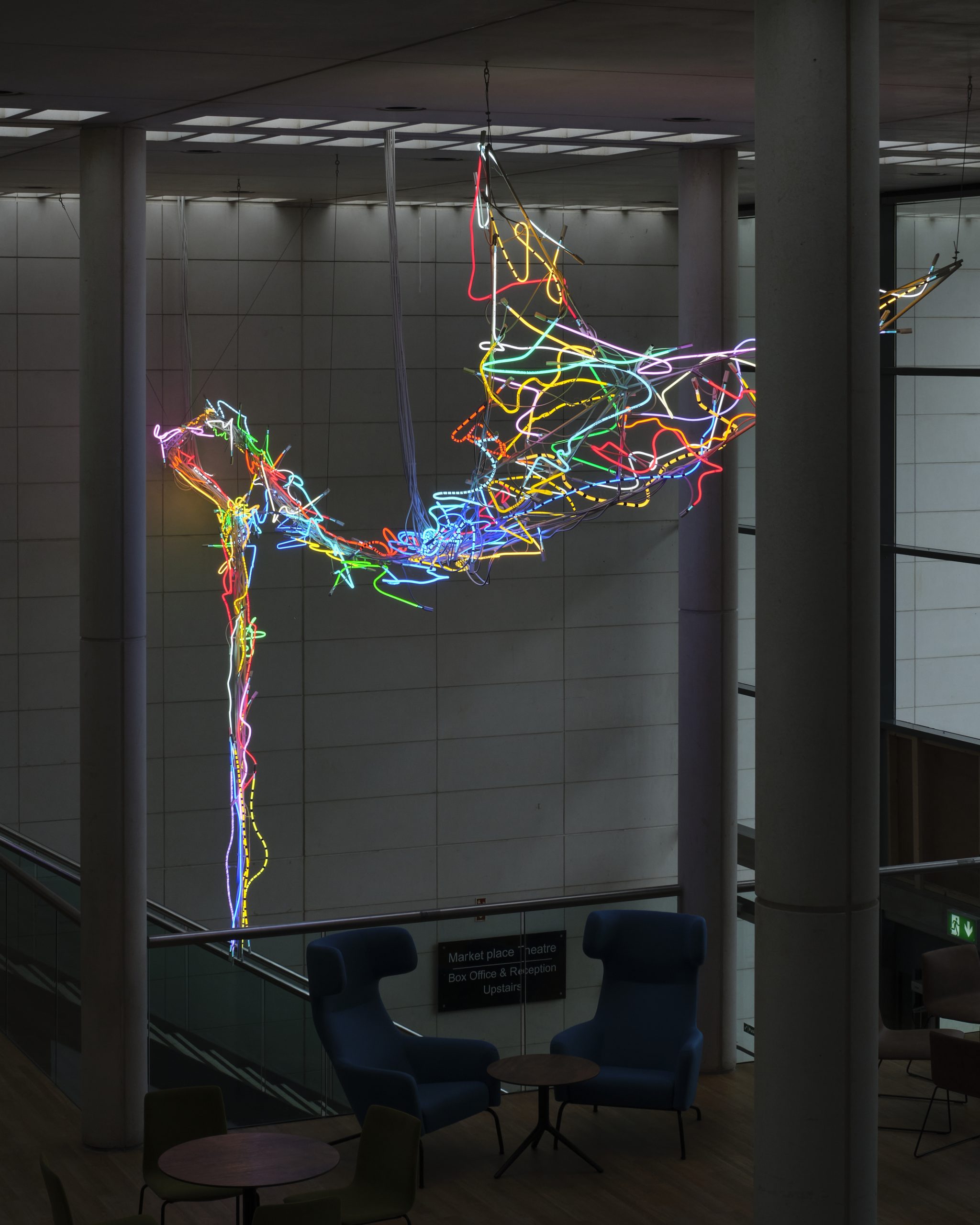 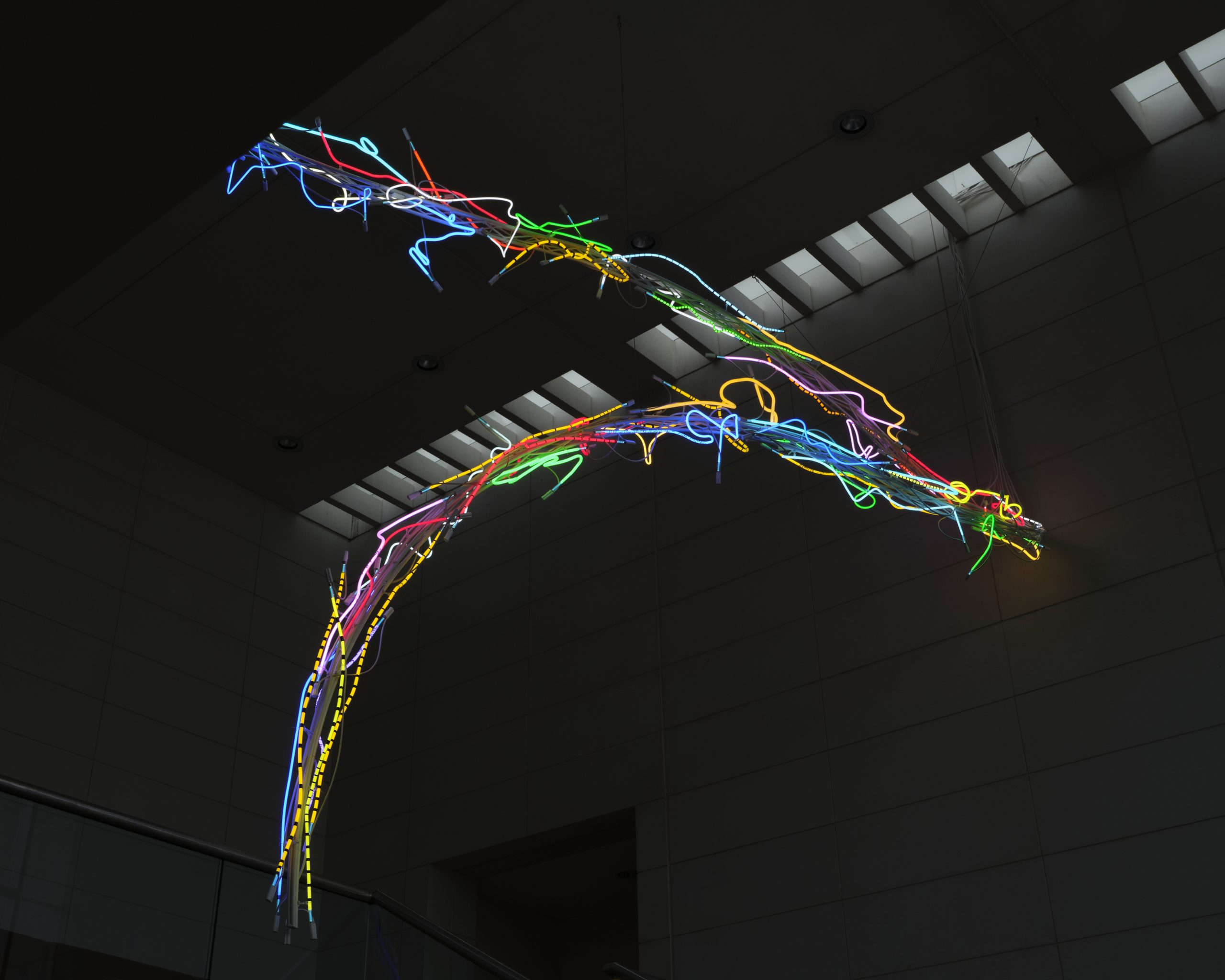 Murmur by Kevin Killen is a site-specific public artwork commissioned for the Market Place Theatre as part of the Alleyways project. Alleyways was a community-focused public art project led by Killen. Murmur is a series of light arrangements – a map of the Alleyways of Armagh. My initial role was that of observer and photographer documenting the outlines created by city lights as I move through the alleyways. I have used the city streets as my canvas, the city lights are the ink and my camera becomes a drawing tool capturing these fleeting patterns in “light paintings”. This process involves a degree of chance. As the camera moves when I walk, accidents occur, recording unexpected images and adding spontaneity and playfulness to the light drawings. Objects and people imprint as black marks, as they obstruct the lights of the city and traffic. I deconstruct and visualise these photographic images in three-dimensional neon installations, translating the urban setting into kinetic light pulses.

‘Through my practice, I attempt to capture translations of space, movement and time using the medium of light. Many of my works start with physically traversing, or mapping, a cityscape or journey. At other times, I drive through landscapes filming long exposures that “draw” the journey in light. Translating these journeys into cartography using neon lines, I consider the neons as drawings in their own right. Creating the works is a solitary exploration, a fragmented memory of the now-ended journey. Some essence of the original journey remains in the translated final works, but there is also something new that is created within the artworks.’

The aims and objectives for the project were:
• To actively engage diverse local communities in the development of public artworks that provided a visually compelling contribution to the local streetscape.
• To create a shared sense of ownership and pride in the works and the public space they occupied.
• To provide opportunities for people to interact creatively with the scheme

Killen wanted to include words and phrases gathered from the community during creative workshops. Their hand-written texts, describing Armagh and its Alleyways, have been layered onto the neon surface. There are two kinetic elements to Murmur. The rhythm of the neon going on and off reflects a person breathing and the importance of the spoken word is captured through the inclusion of a microphone which translates people’s voices into light impulses.