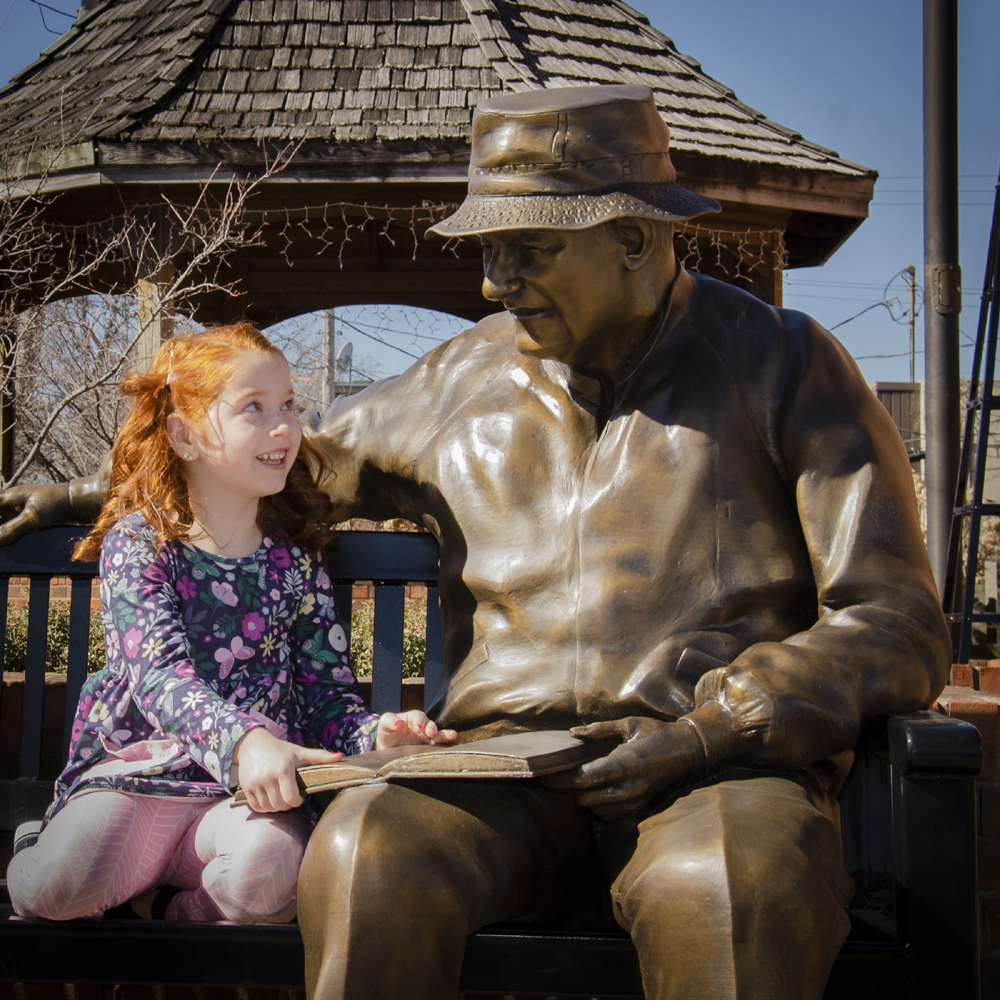 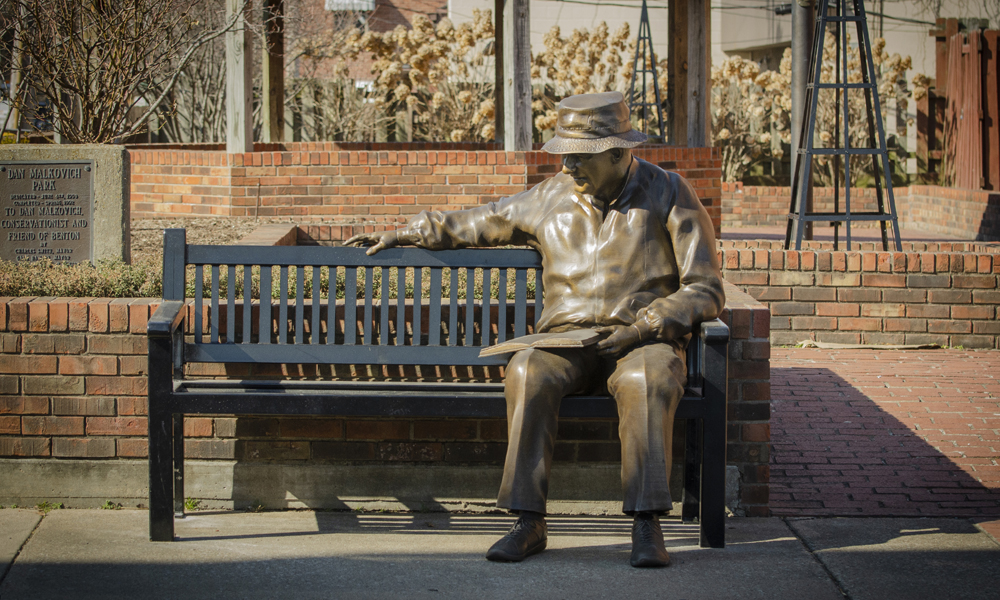 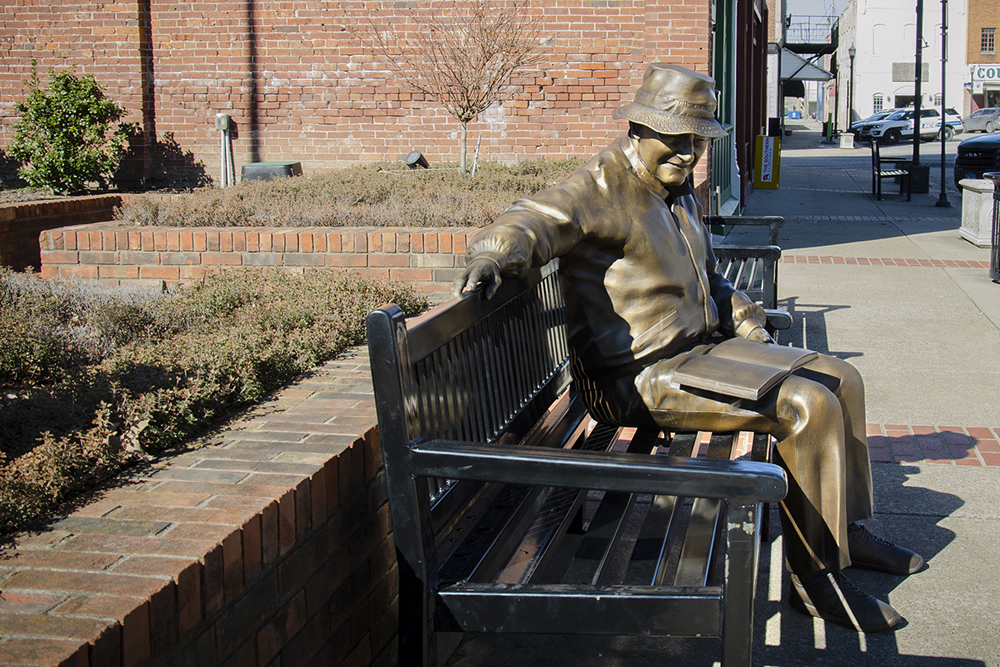 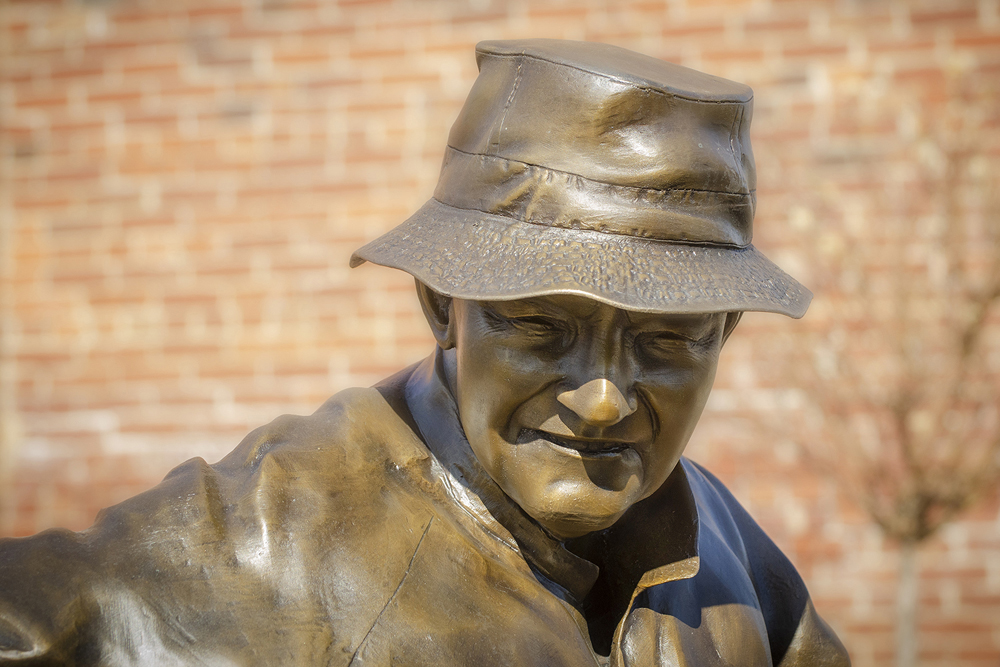 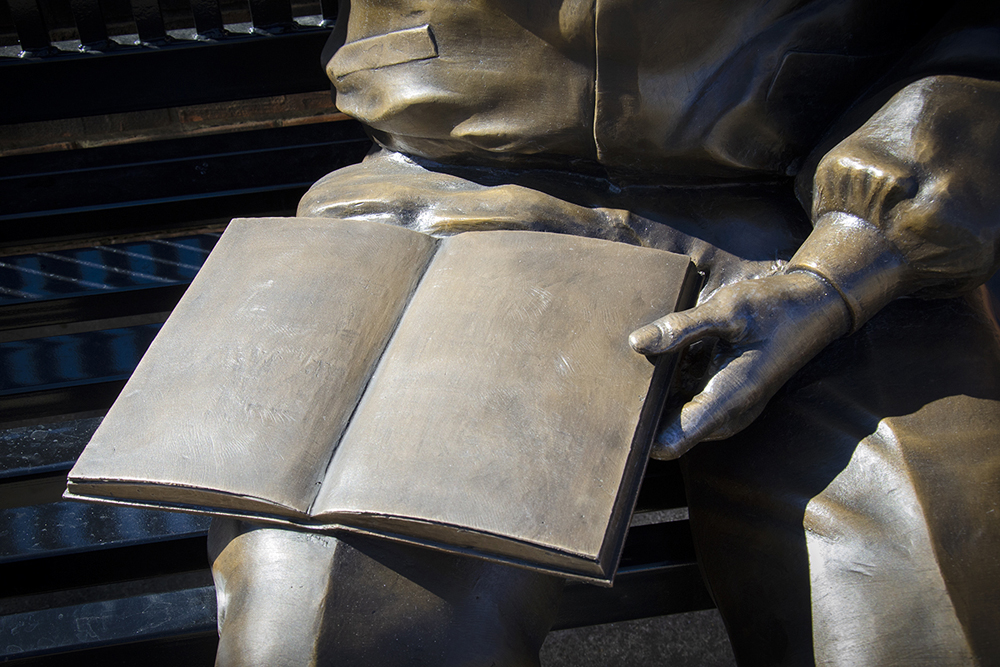 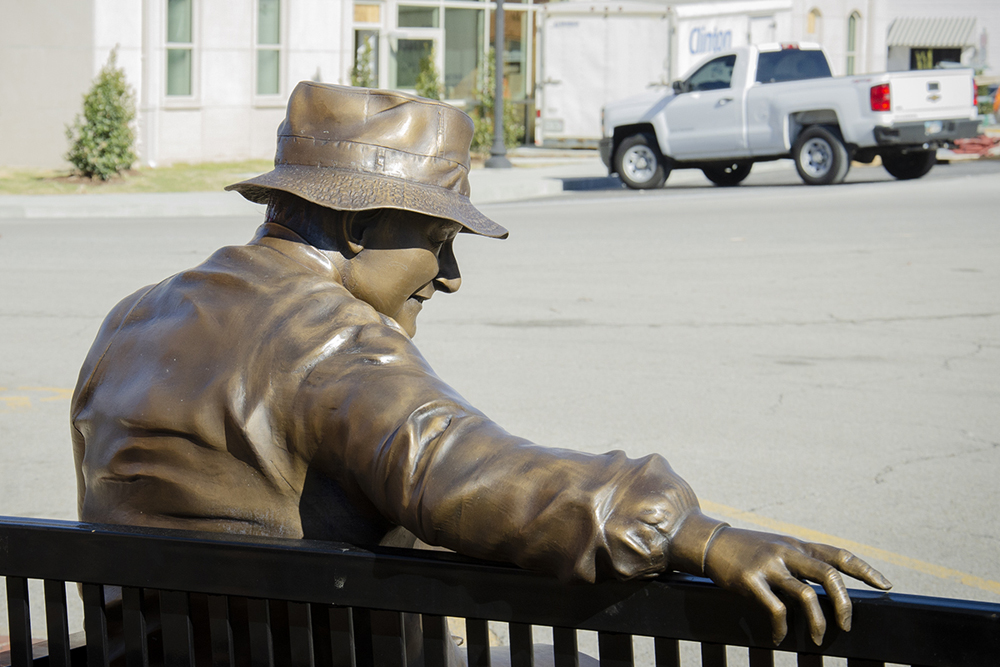 Across the Board Creations

The opportunity to honor “Mr. A.”, Gene Alexander, was given to me by the community of Benton, a small town in south central Illinois. They wanted an image of him seated on a bench, located near a park, off the city square.
I presented a drawing of Mr. A. seated on a park bench, with his arm on its back. With an open book on his lap, and a pleasant smile in his eyes, he is leaning downward toward any child who wants to hear a story.

Anyone who met Mr. A. knew he had a servant’s heart, most happy when serving God, fulfilling the needs of others. There are countless stories about Mr. A., and the innovative programs he used to teach children and motivate his teacher employees. Among those, he volunteered to read daily to students at Benton Grade School. He impacted the lives of many as a mentor and friend to people of all ages.

A modest man, Mr. A. never wanted notoriety for his many good deeds. It is said, he lived in a $ 1,000 house and gave away almost a million and a half dollars over a lifetime, as well as volunteering.

The commission was to create a life-size, life-like portrayal of one of the most beloved Benton, Illinois citizens. The man given tribute was well known for his public contributions. The sculpture is best placed publicly near a park, on a steel bench like the several others there, off the city square, downtown Benton. It has maximum accessibility to anyone who wants to review the sculpture, and/or pose their child with “Mr. A.” for a photograph.

The bronze impression of Mr. Alexander positioned as if sharing a book, has been a tremendous success throughout the community.

I prepared a drawing according to the requested composition.

I asked David Cooper of Benton to photograph Mr. A. from numerous angles both seated in position and standing. He was clothed, as he most often was seen, in a short jacket, soft soled sneakers, and a brimmed “bucket” hat.

The drawing and photos were presented to ATBC, who presented them for 3-D modeling. I worked closely with the modeler to produce the figure and clothing needed for the design.

ATBC electronically enlarged and printed sections of the modeled sculpture. Those sections were sent to Eagle Bronze where they were cast and reassembled on the steel bench replica.

Ed Hooper of Eagle Bronze coordinated the effort to deliver the bronze and steel bench to Benton for installation only two days before the dedication of the artwork.

I enjoyed working with my client Dave Severin, representing the Benton community to design their envisioned tribute to Mr. A.. Mr. A., 84 years old, passed away a few weeks before the unveiling of his likeness. The timing of his passing was probably appropriate considering his nature. He would not have wanted the personal attention and accolades that were paid to him during the dedication. That commission has led to an interest in preparing a sculpture tribute to a celebrated Benton High School basketball coach. That project will possibly commence soon.