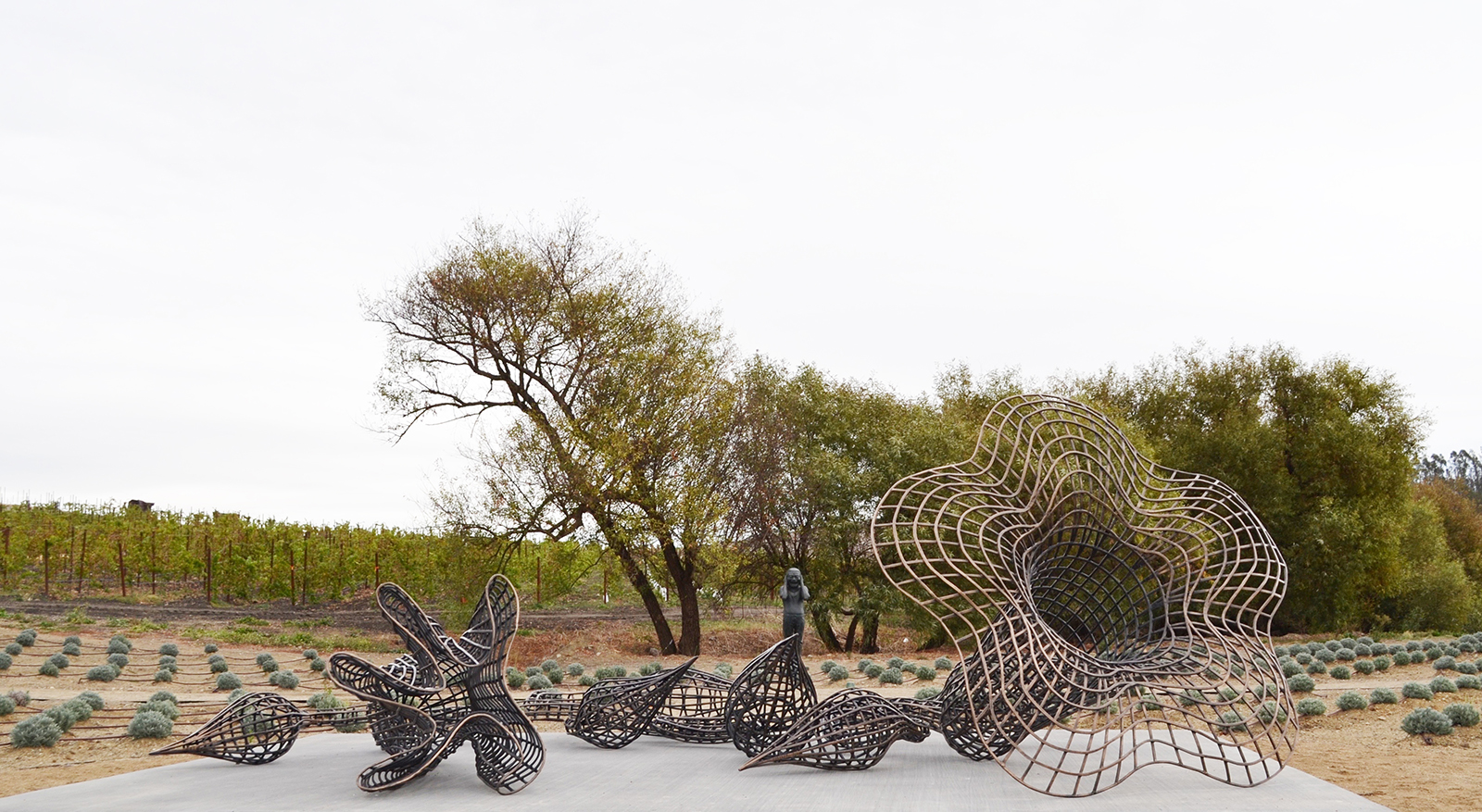 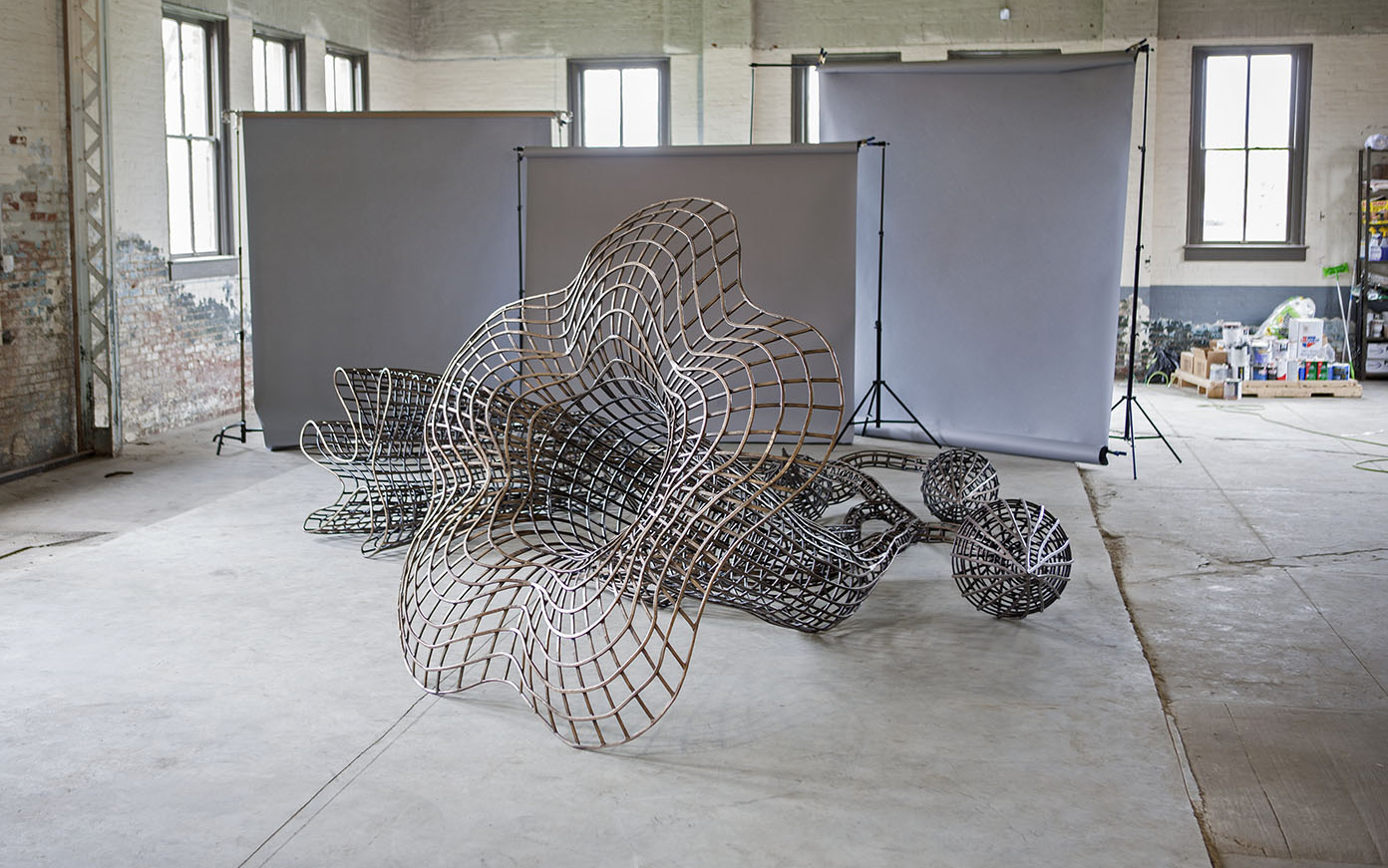 "Morning Glory", an edition of which is also in the collection of the Guggenheim in New York, is the monumental representation of a weedy plant that grows all over Cambodia. The flower-shaped plant has particularly poignant connotations: it was widely consumed during Khmer Rouge rule, when the population suffered from famine and starvation and had nothing else to eat. Pich's signature medium is bamboo and rattan which he uses as line to make a drawing in space. For the sculpture park at Donum Estate, bronze was forged to mimic the material characteristics and form of bamboo.

Sopheap Pich provided IA with a clay model for this project. With digital craft assistance from Lucas Brown at Brownsmith Studios, the clay was 3D scanned and a digital model was created based on previous work samples and Pich's input. Once the 3D model was approved, bronze rod was forged with the supervision of the artist. Using the 3D model, IA used a cnc router to cut form work for each form of the sculpture to accurately reproduce the digital model, the forms then saved for future use in fabricating the edition. Traditional forming and welding techniques were used to produce the final sculpture.