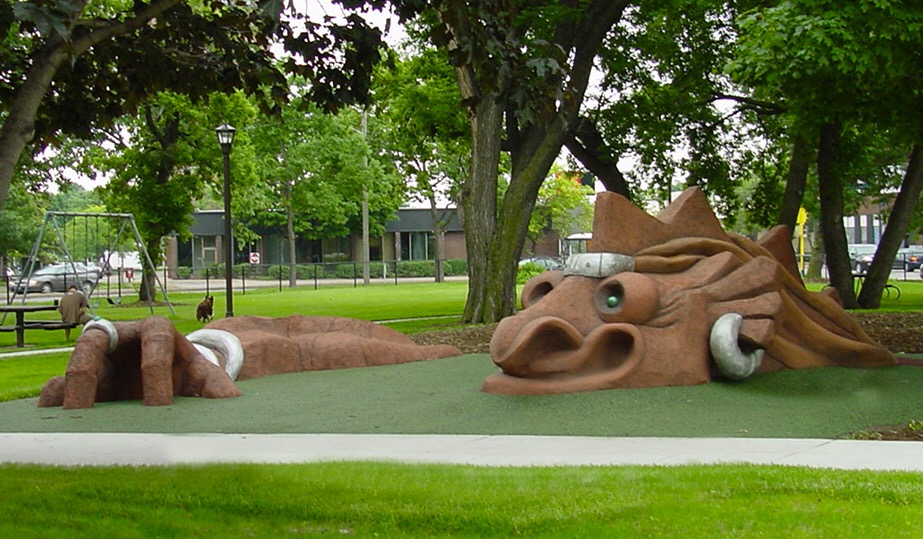 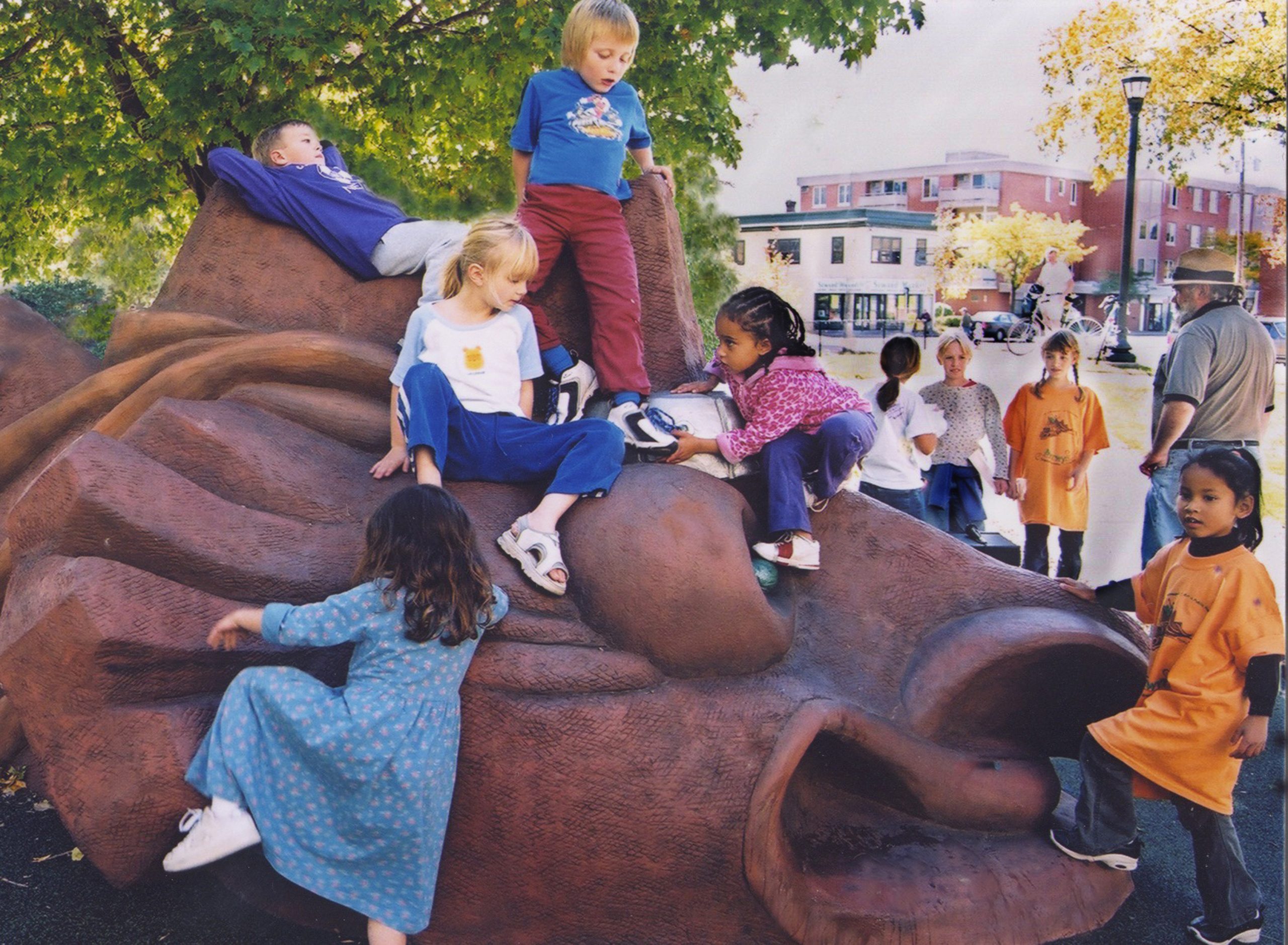 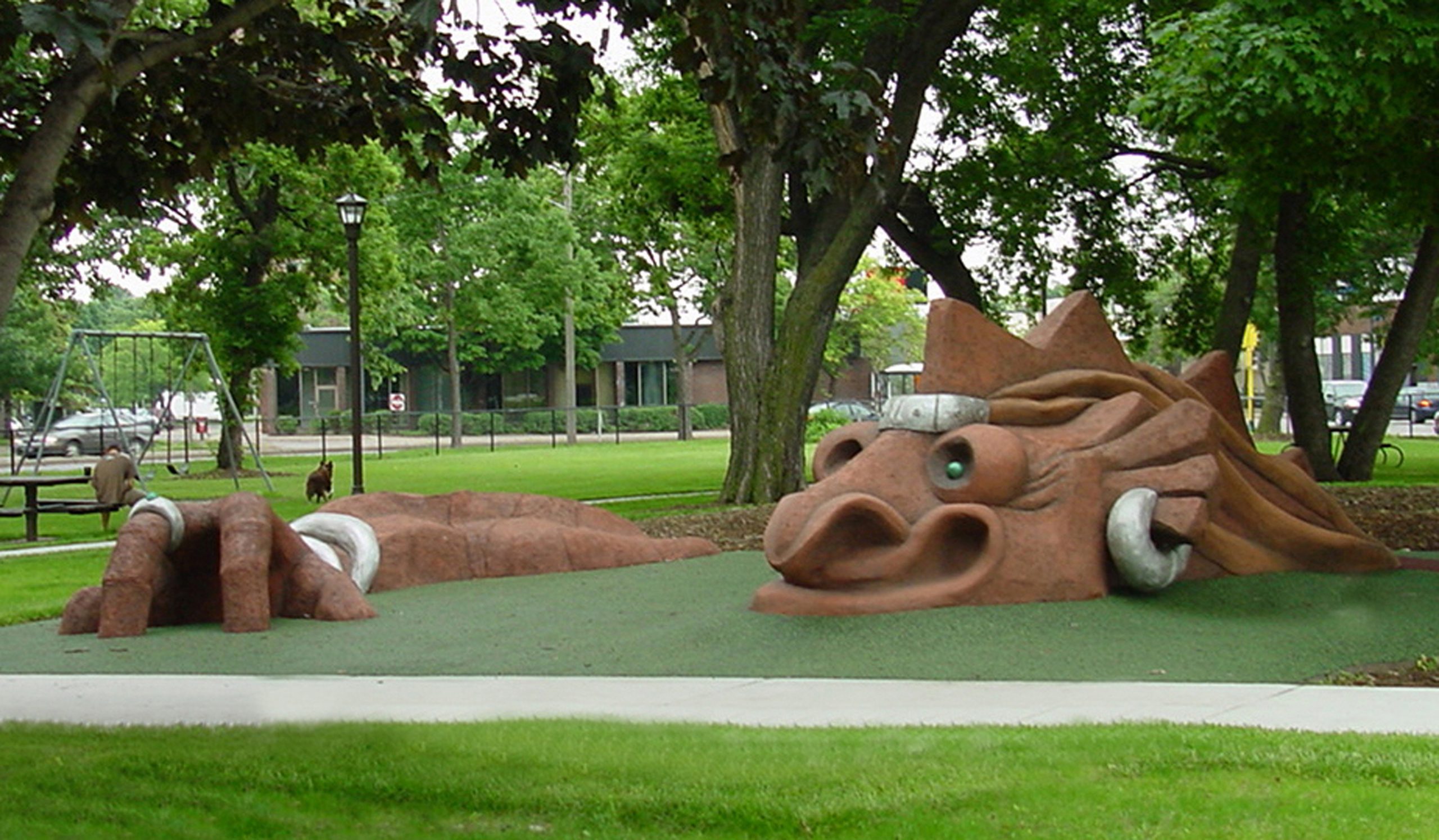 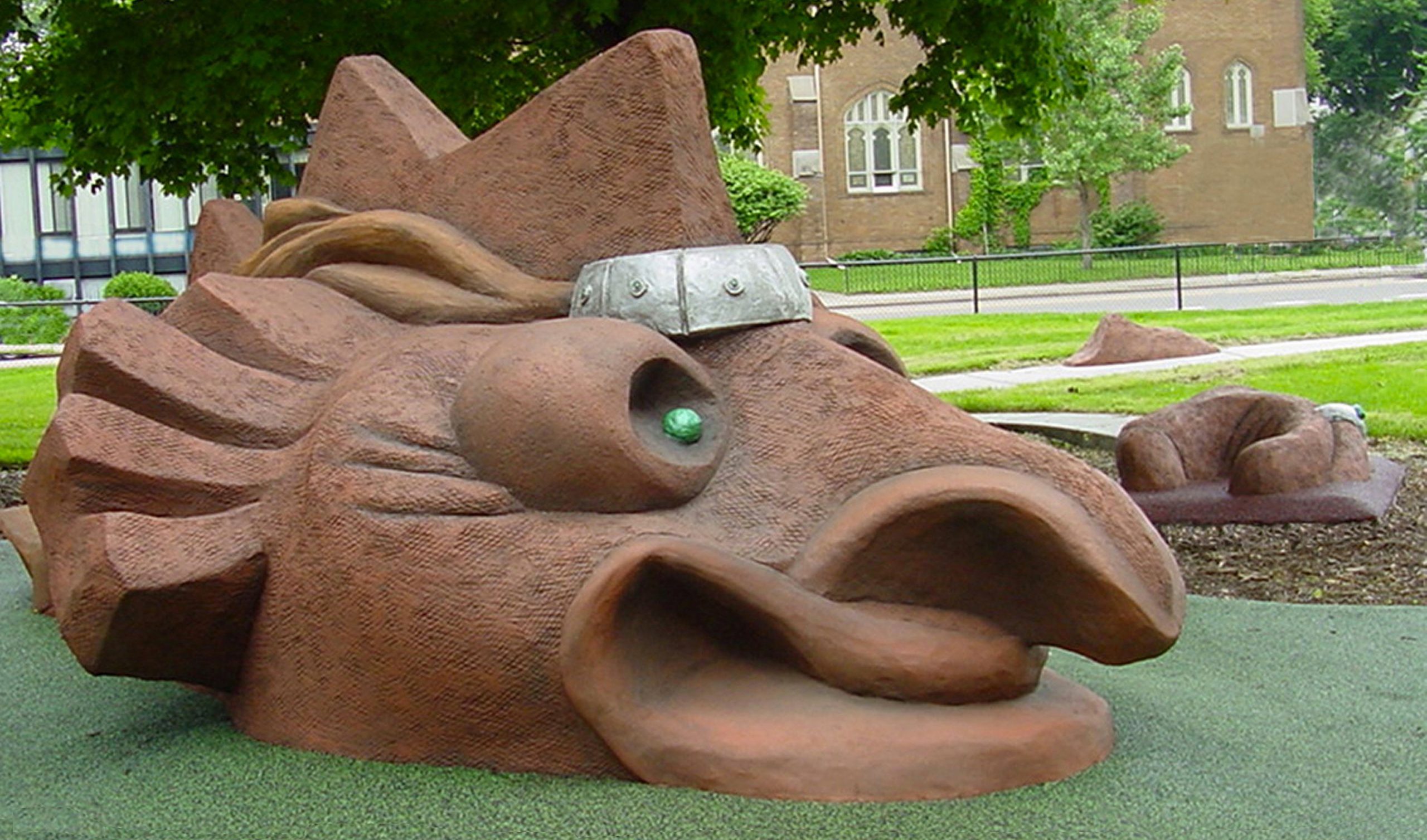 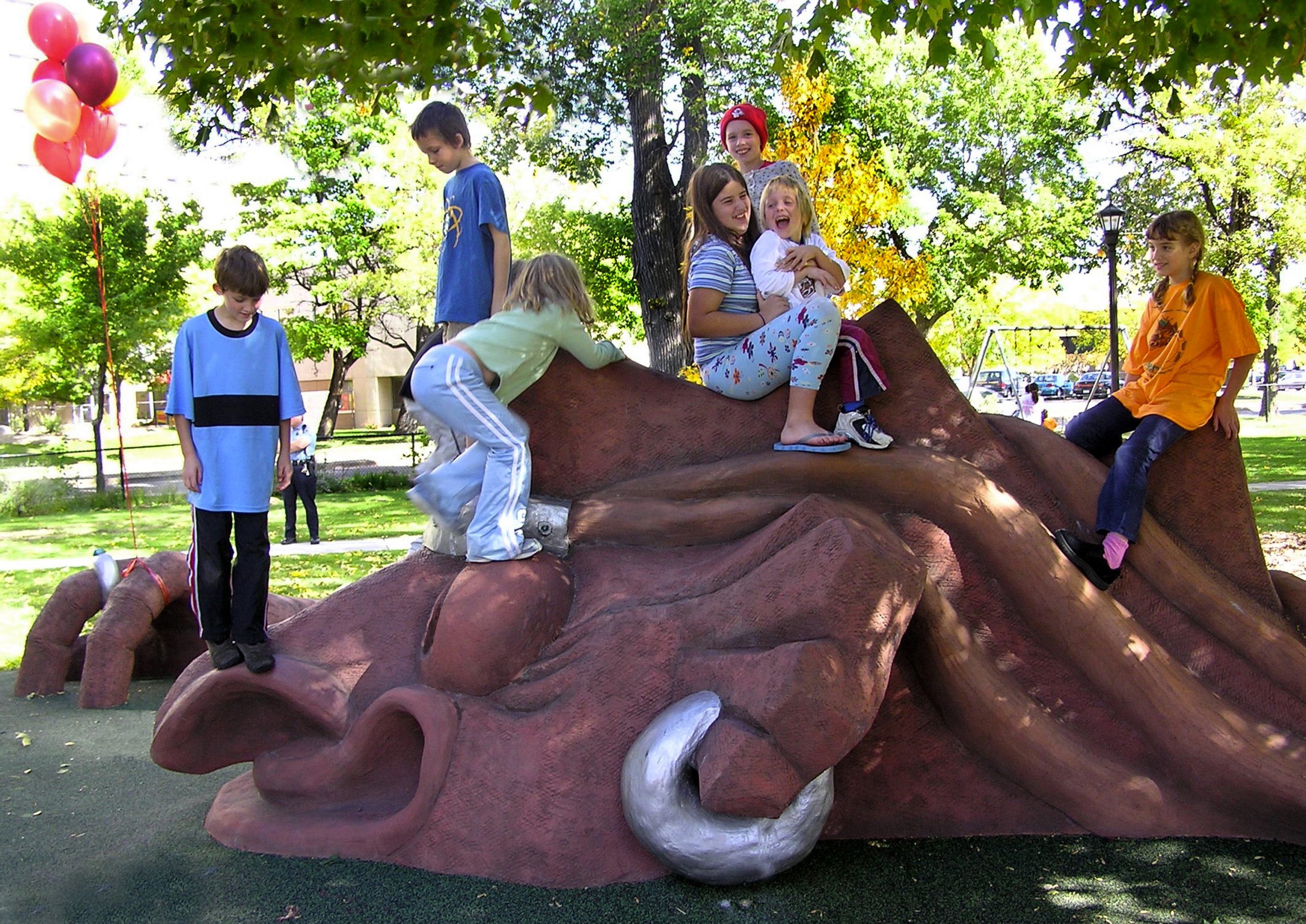 “Merwyn” is a fantasy creature that rises from underground to protect the land and waters of the Seward neighborhood. His body is represented by sidewalks that flow with serpentine delight through the park, while “Merwyn’s” fins emerge here and there beside the walk to serve as odd seats and benches.

The creature’s head is a climbing structure for children, and is surrounded by rubber surfacing. “Merwyn’s” hand and arm surface and become a bench nearby for adults watching their kids. Another hand emerges, an odd spiral path circles within a ring of trees, and finally a tail sprouts up to create a circular finny “bench” a hundred feet from “Merwyn’s” head.

The land is owned by CommonBond Communities who also owns the next-door Seward Tower for low-income residents. CommonBond invited the neighborhood to share their land as a place for the city to site public art. The community wanted the site to become a gateway to their neighborhood, and to create a landscape that merged with the public art. They wanted a passive park rather than playground equipment and sport areas.

A competition was held to select the artist, and finalists presented concept models to the neighborhood. The concept for "Merwyn" grew from a local legend about tiny people that lived under a nearby hill.

Many public meetings were held with the neighborhood, Seward Tower residents, and the city—including an accessibility hearing. To gain neighborhood interest, Marjorie placed cartoon updates in the local newspaper. The local school participated in a contest to write stories about “How Merwyn came to live in Seward Neighborhood”. A hundred Merwyn T-shirts were given to the school kids who wrote amazing stories, and the winners were honored at "Merwyn’s" unveiling.