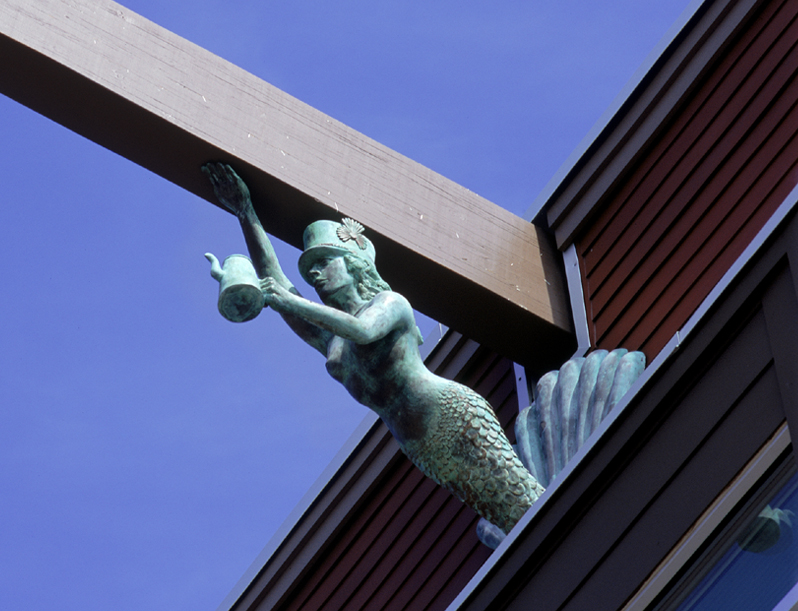 Cast Forton with copper, stainless steel and fiberglass. 34”x 34”x 50″ Specific symbols tie the sculpture to the history of the building site. For example, soldiers’ remains from the War of 1812 were found during the archaeological excavation. Also found were coffeepots used during the war. The hat worn by the mermaid is from an 1812 soldier’s uniform; she holds one of the coffeepots. In more recent history, a Shell gas station was at this location, hence the scallop shell of the mermaid’s tail. Her gaze is toward Lake Champlain; her hair is formed as lake perch.

The goal was to integrate an artwork that served as a "figurehead" for a new building shaped like a ship that also serves as a gateway for the revitalization of Burlington, Vermont's Old North End.

The architect created a "ship's prow" as part of this ship-shaped building and envisioned a mermaid figurehead as part of the design that would reflect the history of the site. The client, Housing Vermont, is all about building community through its architectural projects. The Archaeology Dept. of the University of Vermont shared access to the artifacts excavated from the site.