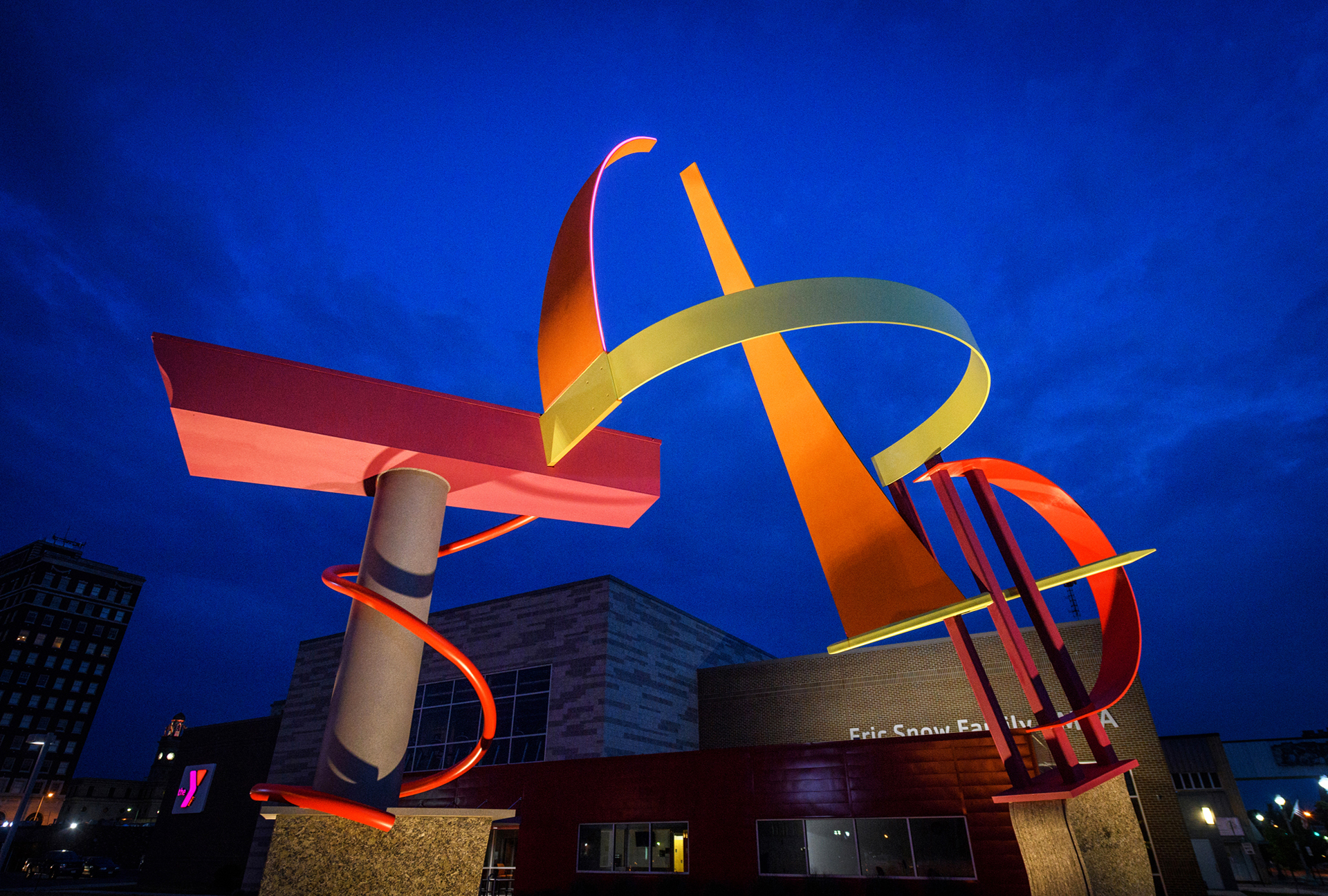 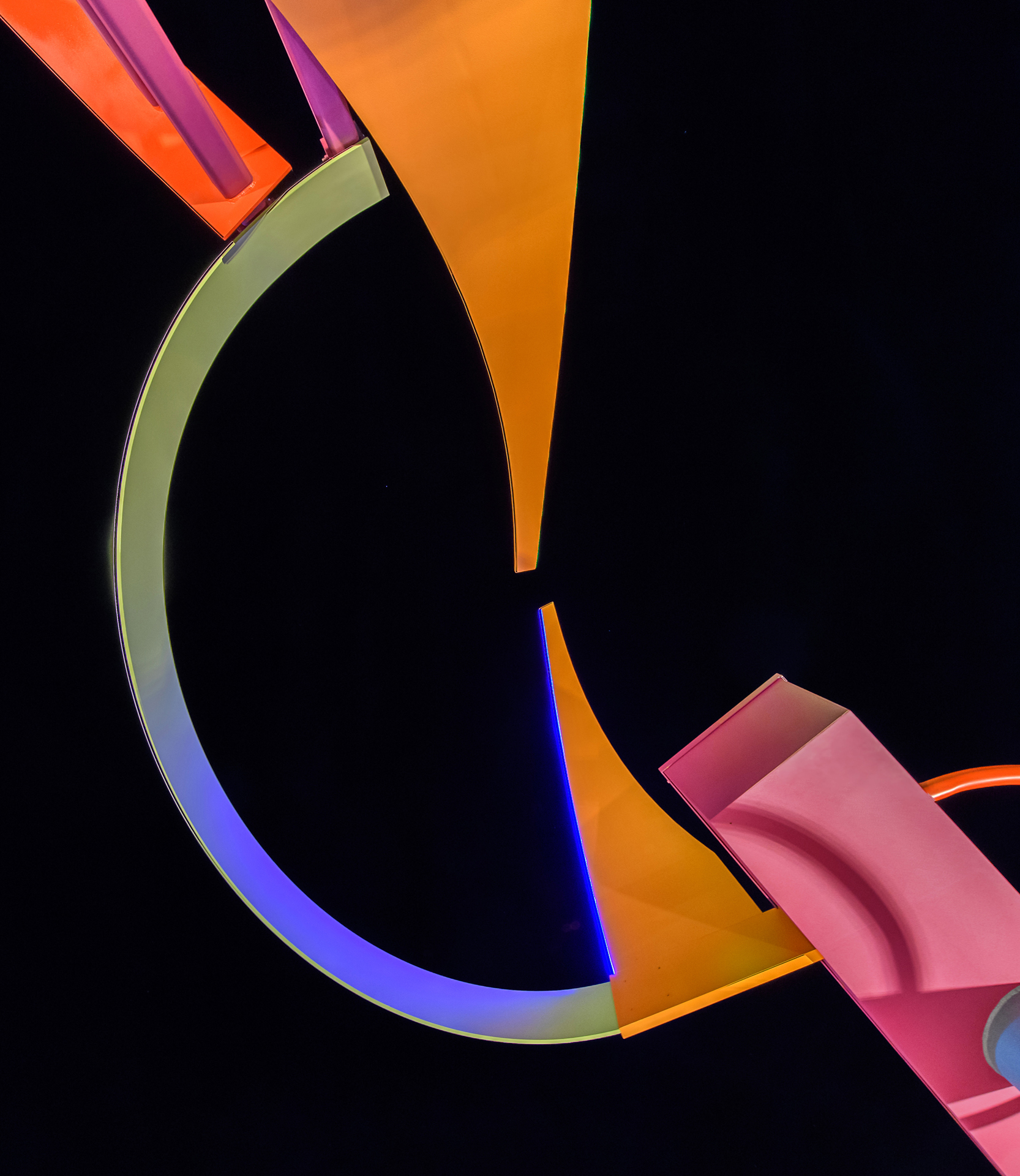 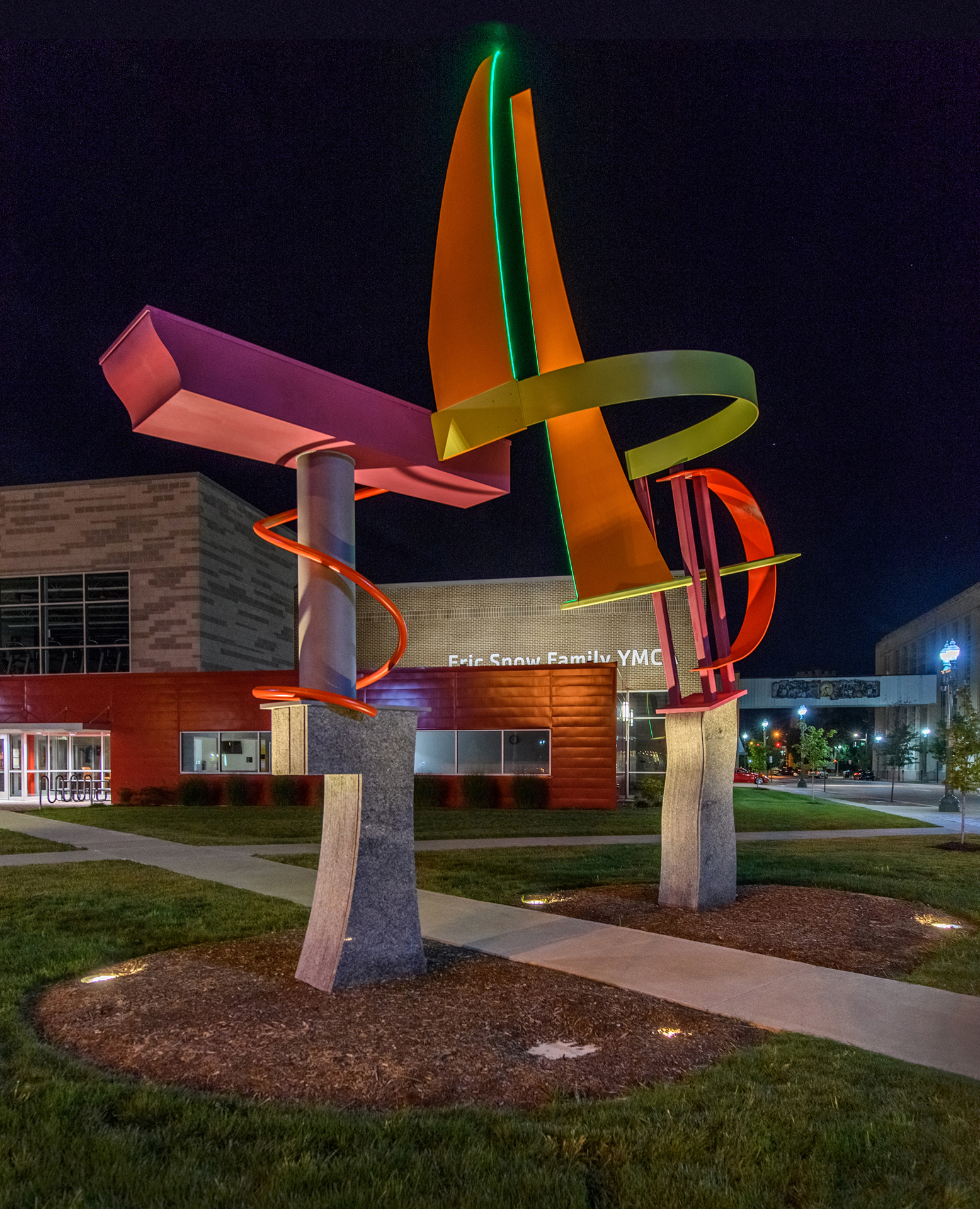 This 22' tall illuminated arch is in the center of downtown Canton, Ohio, and it straddled a sidewalk leading to the City's new YMCA. Canton is recognized as the home of the National Football League Hall of Fame, and this sculptural arch celebrates the figurative forms and dynamic energy of American football. Made of steel and stone, the arch incorporates color-changing edge-lit LEDs to offer a nighttime presence.

While the piece serves the center of the City and the new YMCA, it responds to the nearby presence of the National Football League Hall of Fame. The NFL was born in Canton, Ohio in 1920, and ever since it has had an expanding popularity in Ohio and in the United States. This resulted in the formation of a rival league in 1959, which jeopardized the future of the NFL. In 1966 the two leagues merged, allowing for the continuing popularity of the sport. The sculpture "Merger Moment" speaks to this moment in the sport's history. Meant to describe a "whole" that is greater than the sum of its parts, the piece incorporates many football-related forms to bring unity to a ceremonial arch design.

Learning about the National Football League and visiting the Hall Of Fame campus was an important part of the design process. With access to the sport's history, stories and personalities, the sculpture was designed with an intimate knowledge of this uniquely American sport.