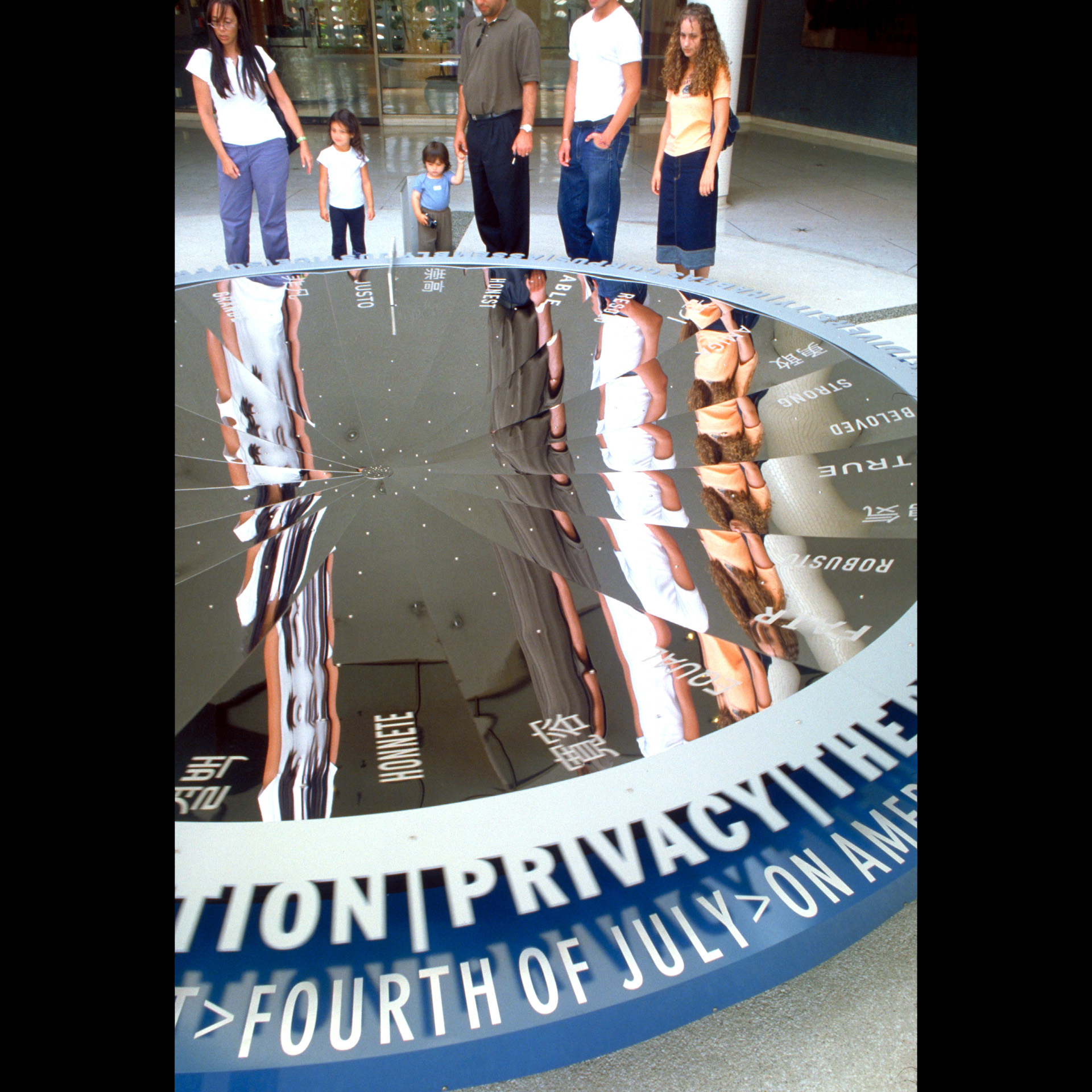 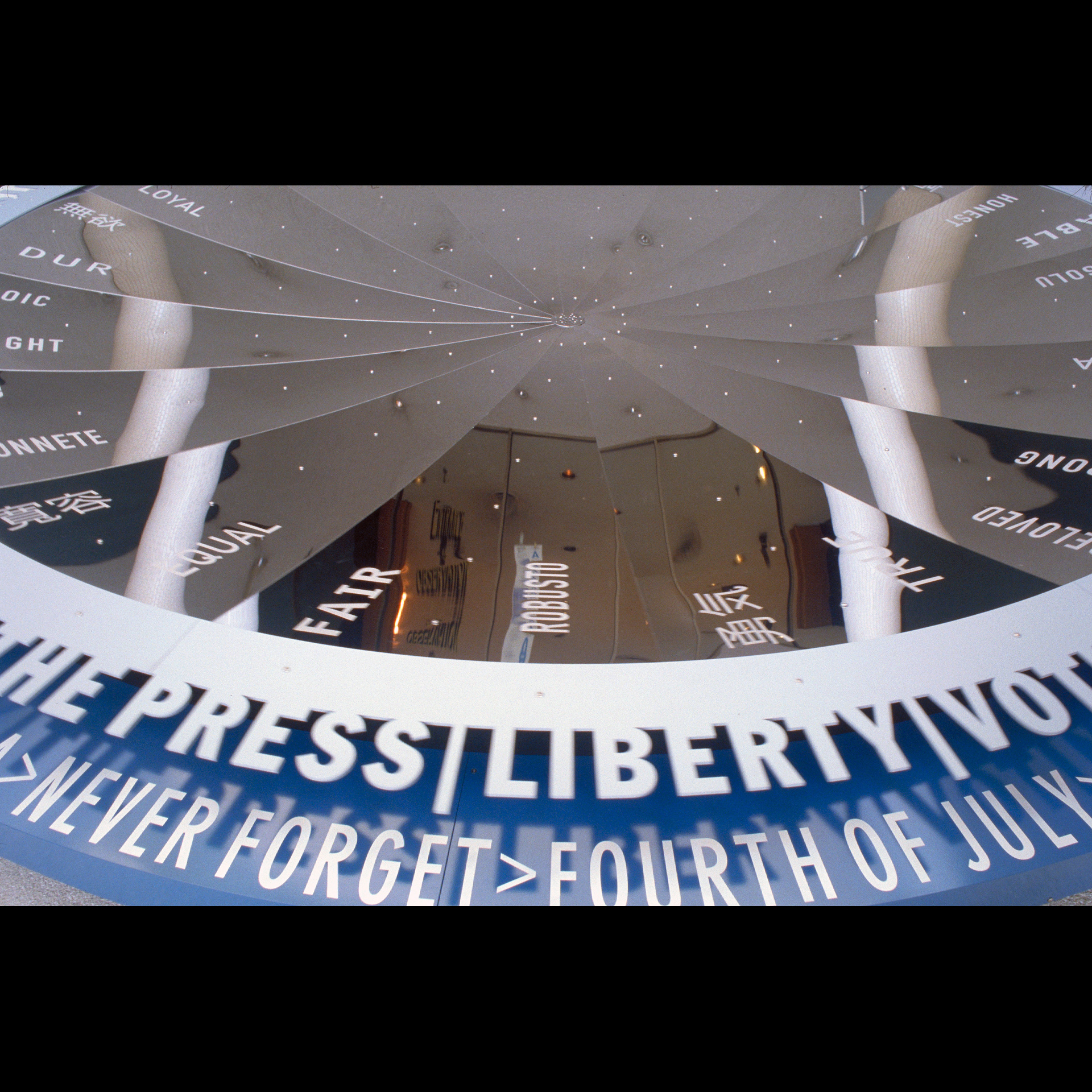 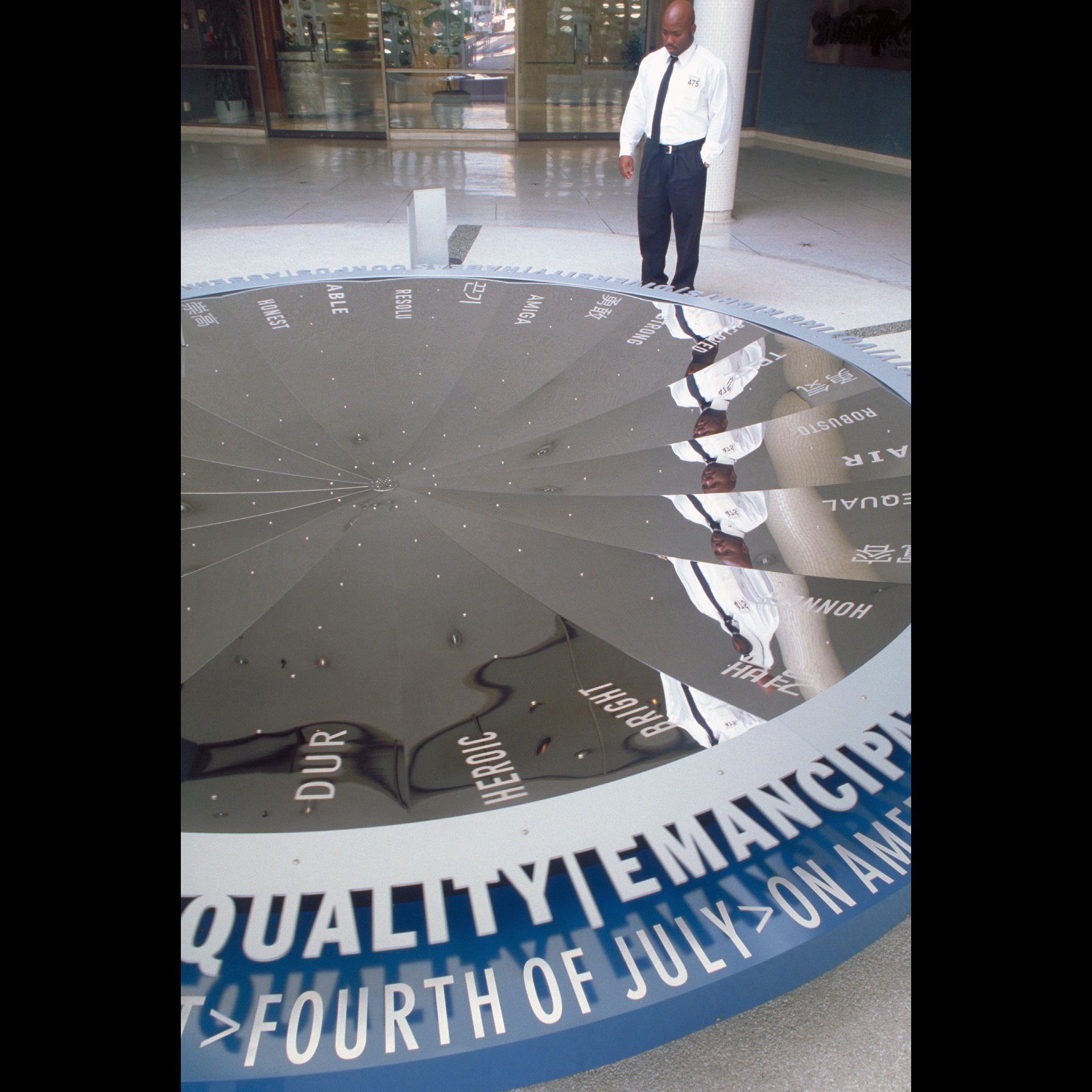 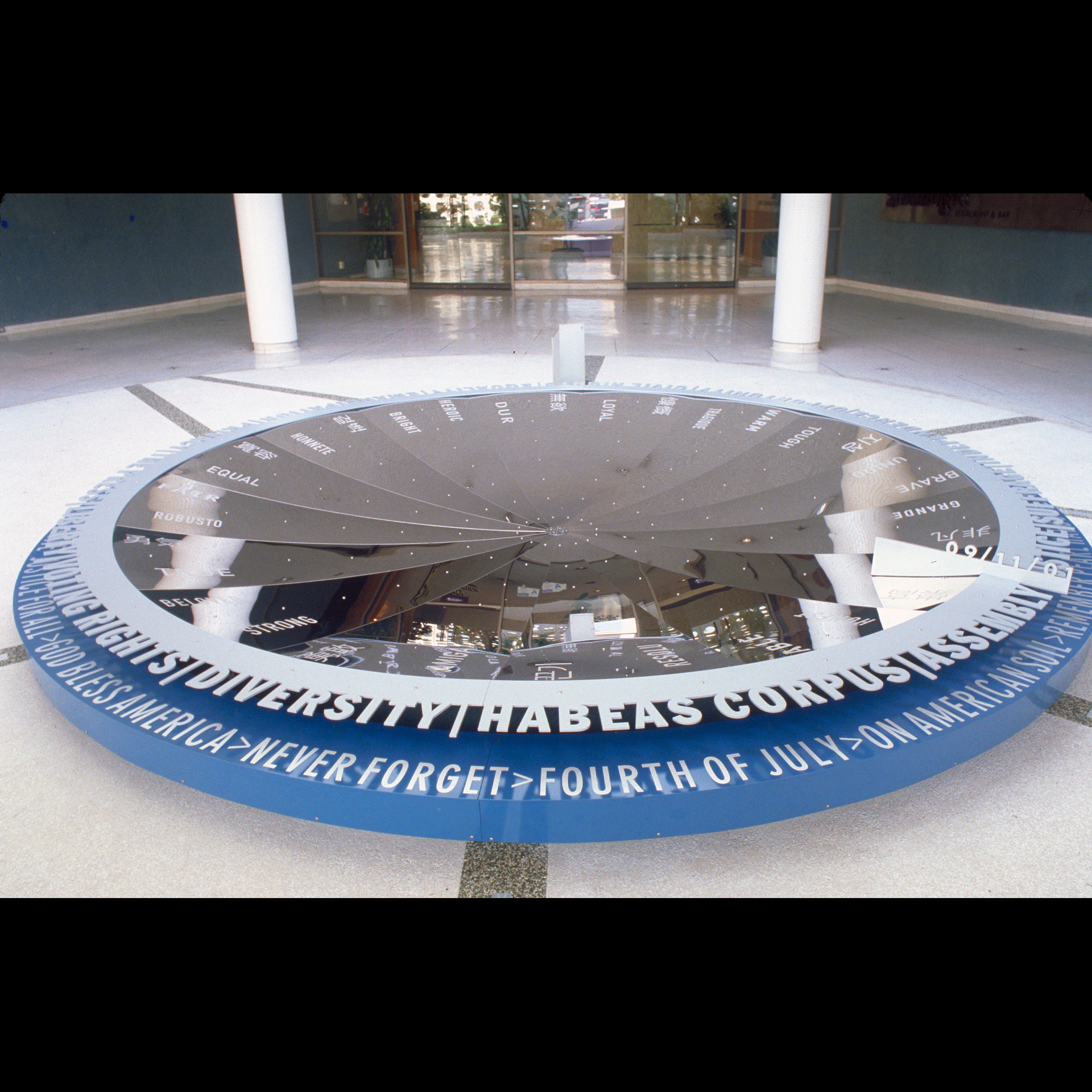 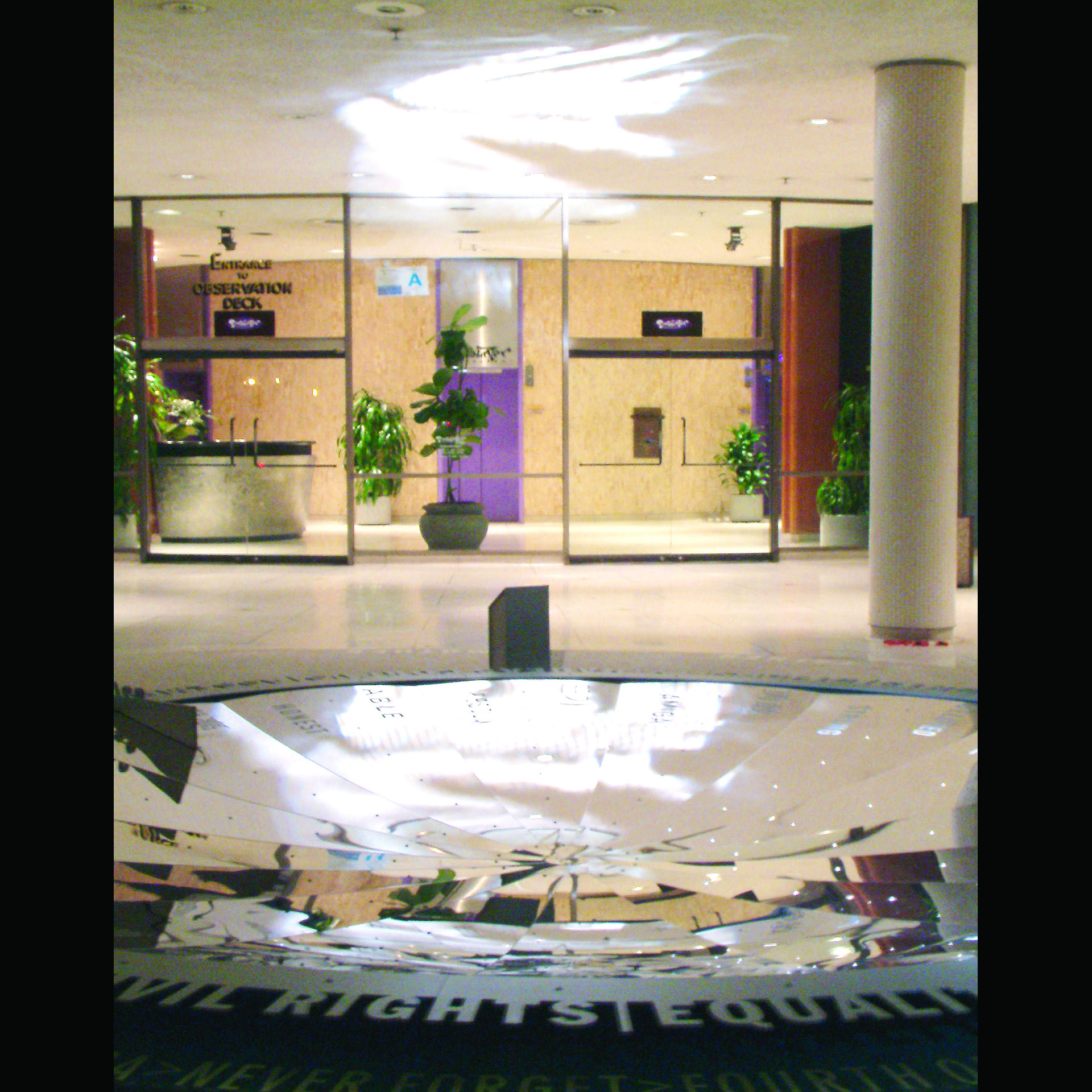 An existing fountain was appropriated and altered for this performative 9/11 Memorial within the entry court below the historic Theme Building at LAX. Los Angeles was tragically linked to the terrorist attacks on the United States—three of the four hijacked airplanes were headed to LAX. This modest Memorial reflects the community’s collective loss, symbolizing the nation’s re-examination of its collective national identity The Memorial features encircling inscriptions of national slogans juxtaposed with ideals. An interactive, fragmented, floating mirror reflects viewers as actors-within-a-scene, suggesting psychological impacts and the national dialogue triggered by the attacks. Dimensions: 60’W x 2.5’H x 50’D. Constructed of mirrored stainless steel, fiberglass, concrete, and anodized aluminum.

Los Angeles was tragically linked to the 9/11 attacks---three of the planes were headed to LAX. This public artwork commemorates the impact of 9/11, reflecting the tumultuous psychological shift and national dialogue triggered by the attacks. This modest memorial reflects the community's collective loss, symbolizing the nation's re-examination of its collective national identity.

A fountain was appropriated and altered using inscriptions of both codified National Perceptions and core American Rights and Ideals. The relationship of these two concentric, superimposed rings of text is in constant flux, due to the movement of the floating dish, caused by water circulation, wind or a viewer's direct interaction.