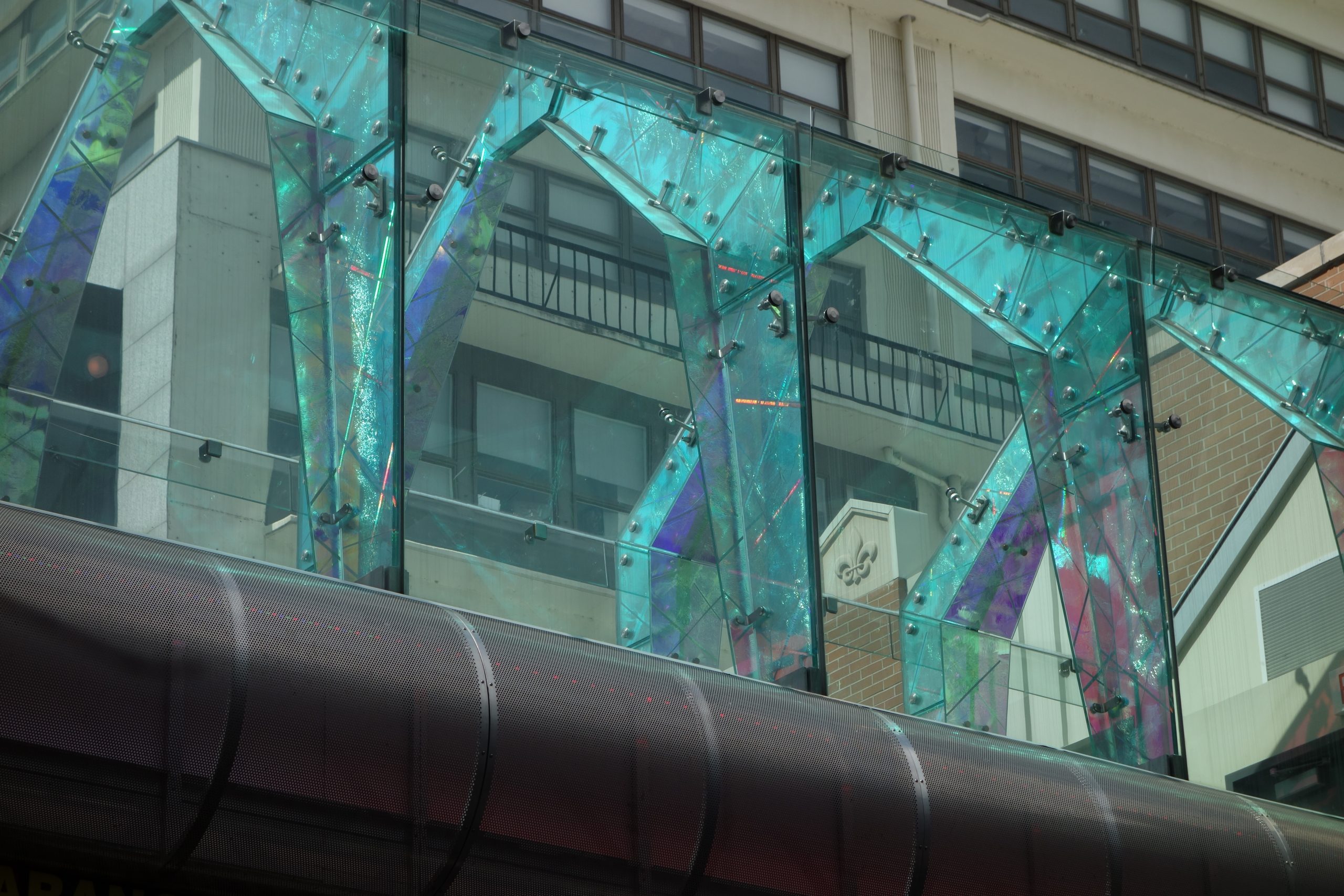 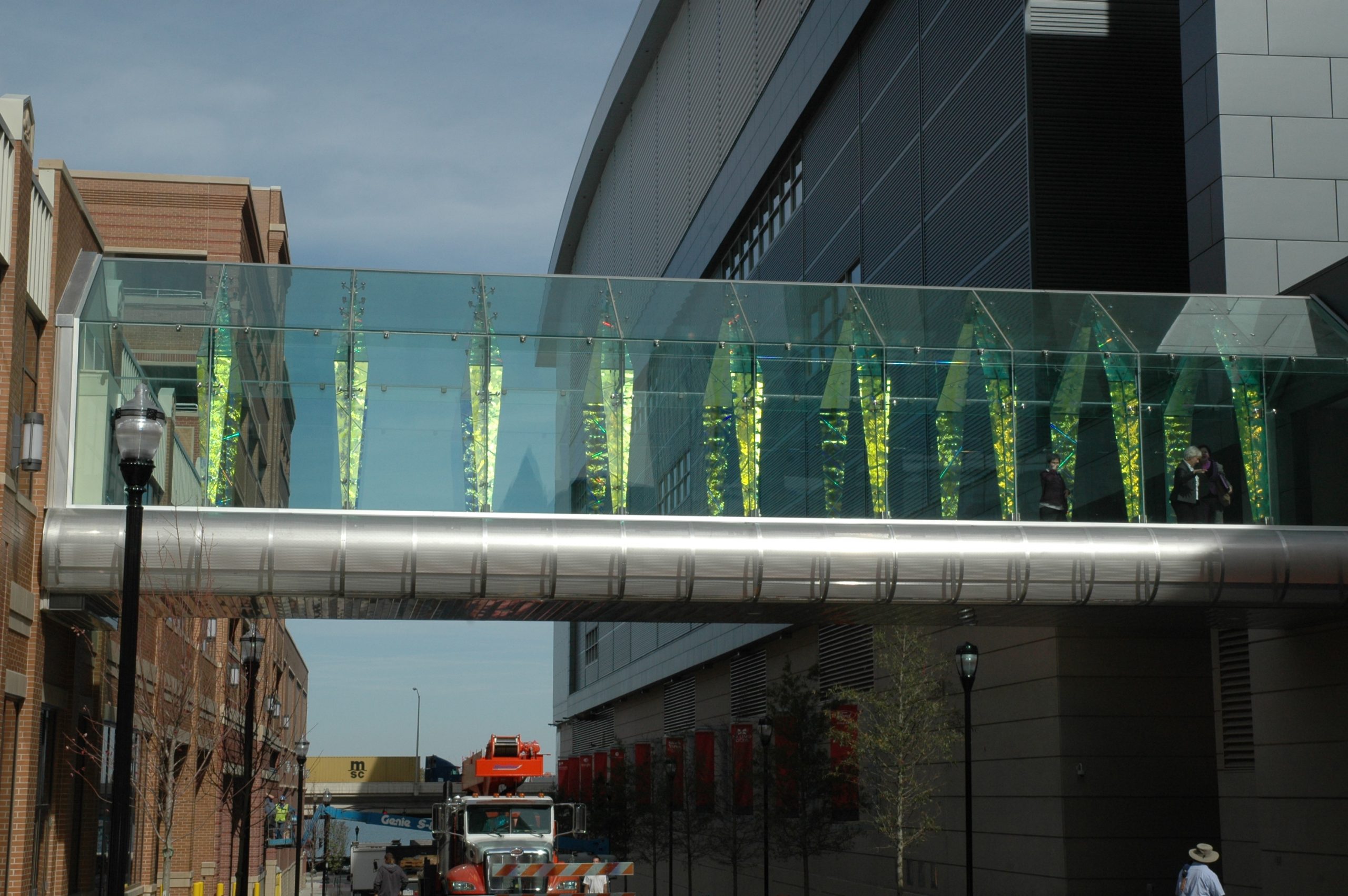 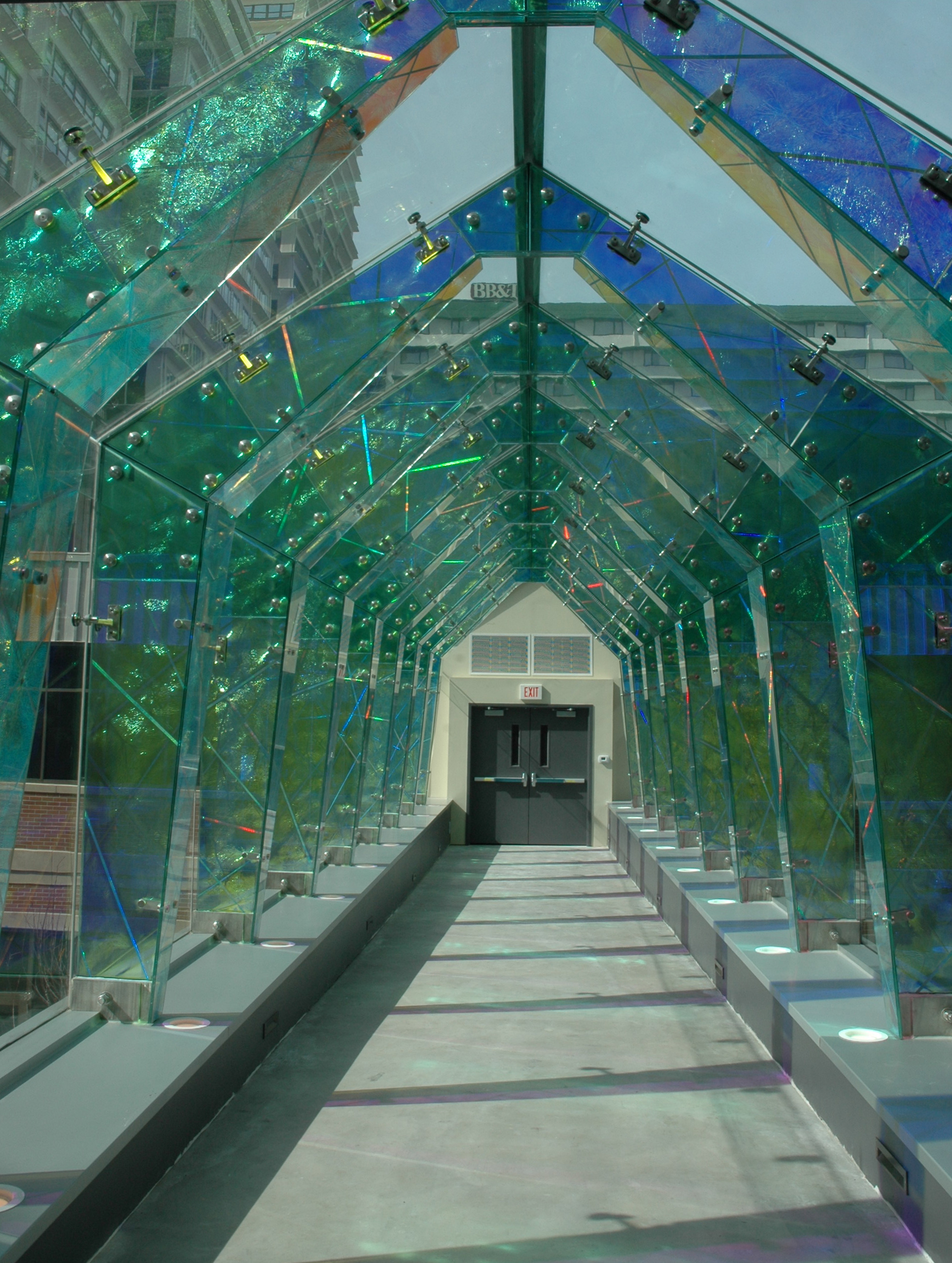 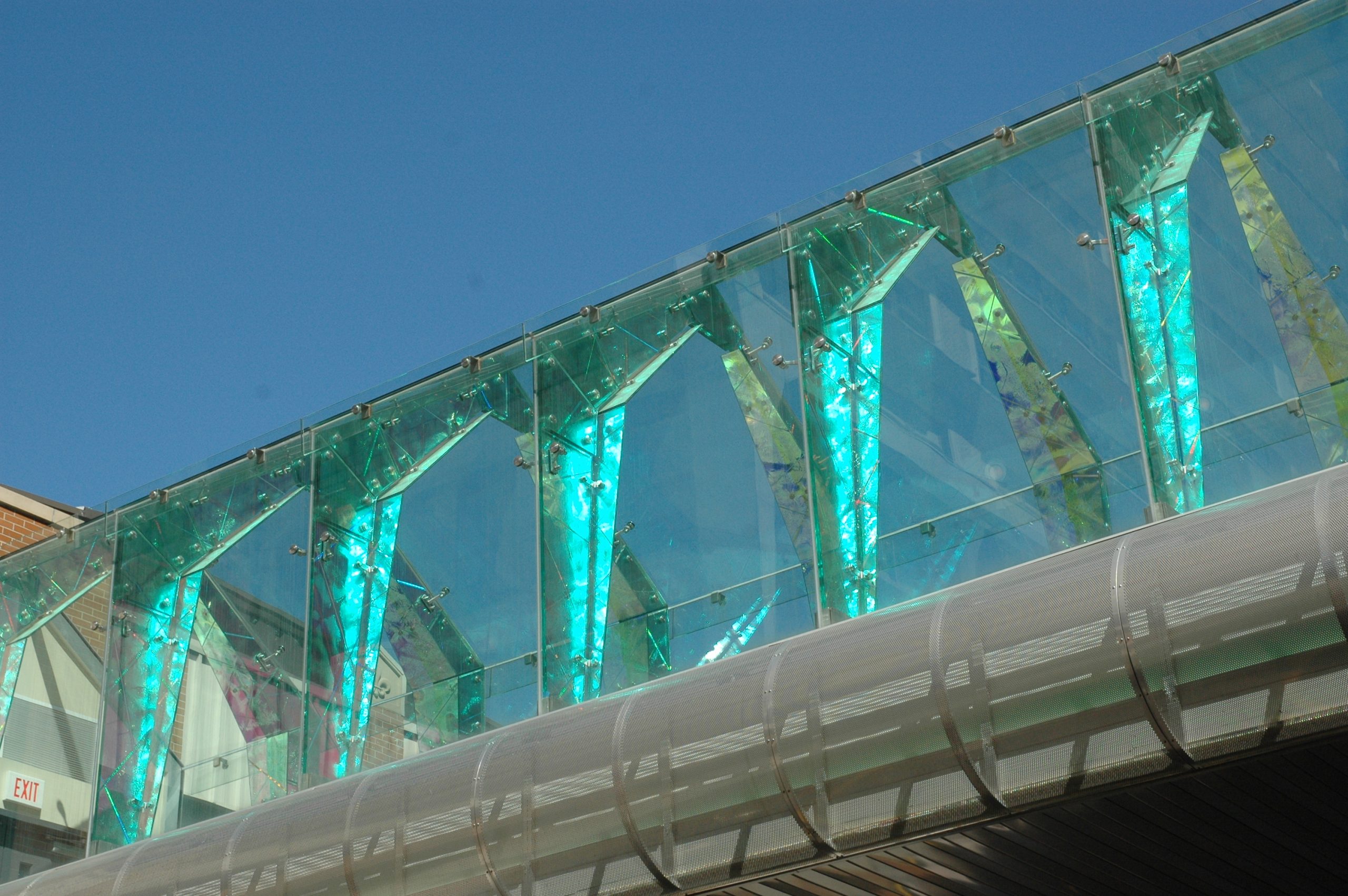 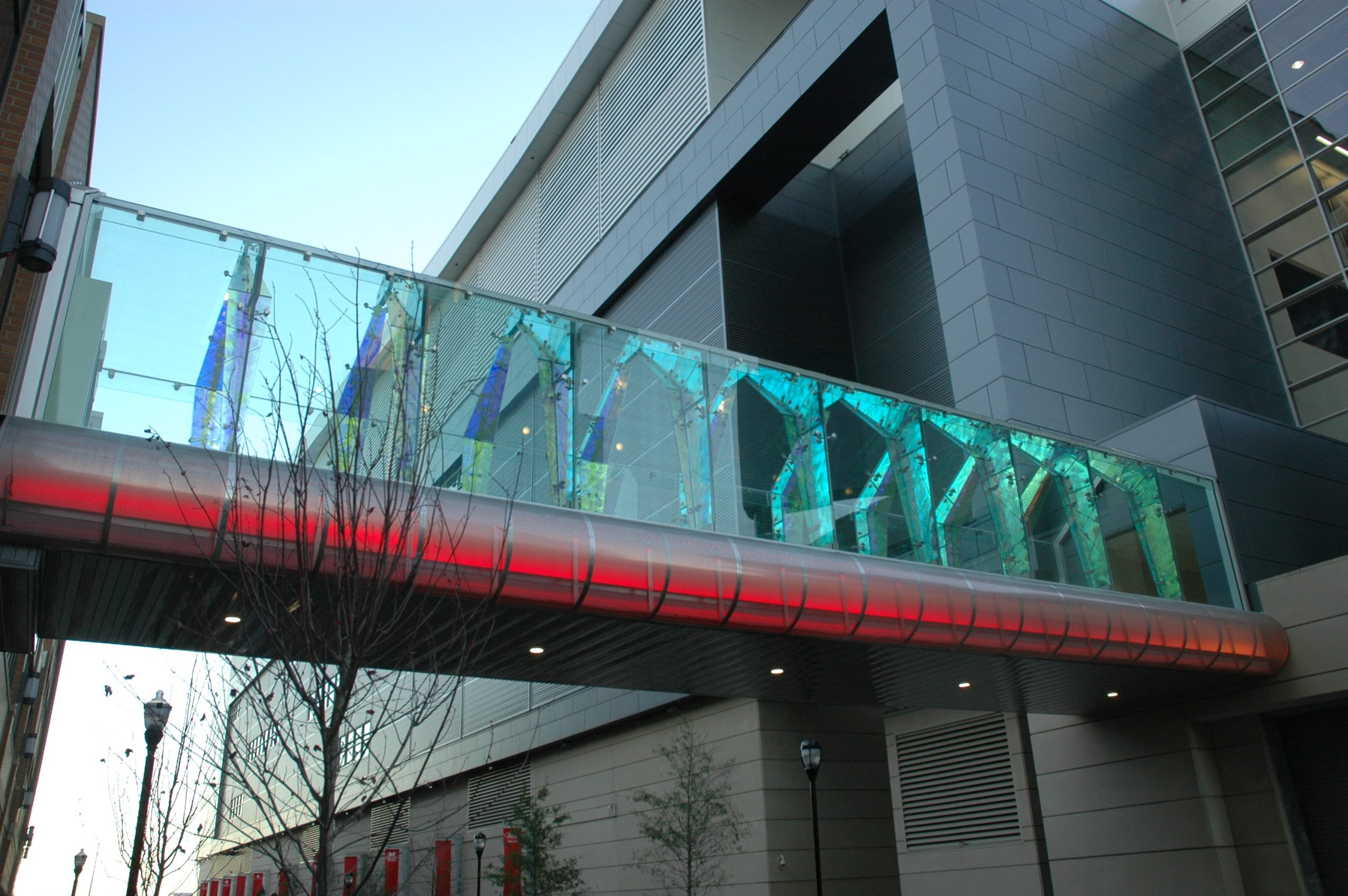 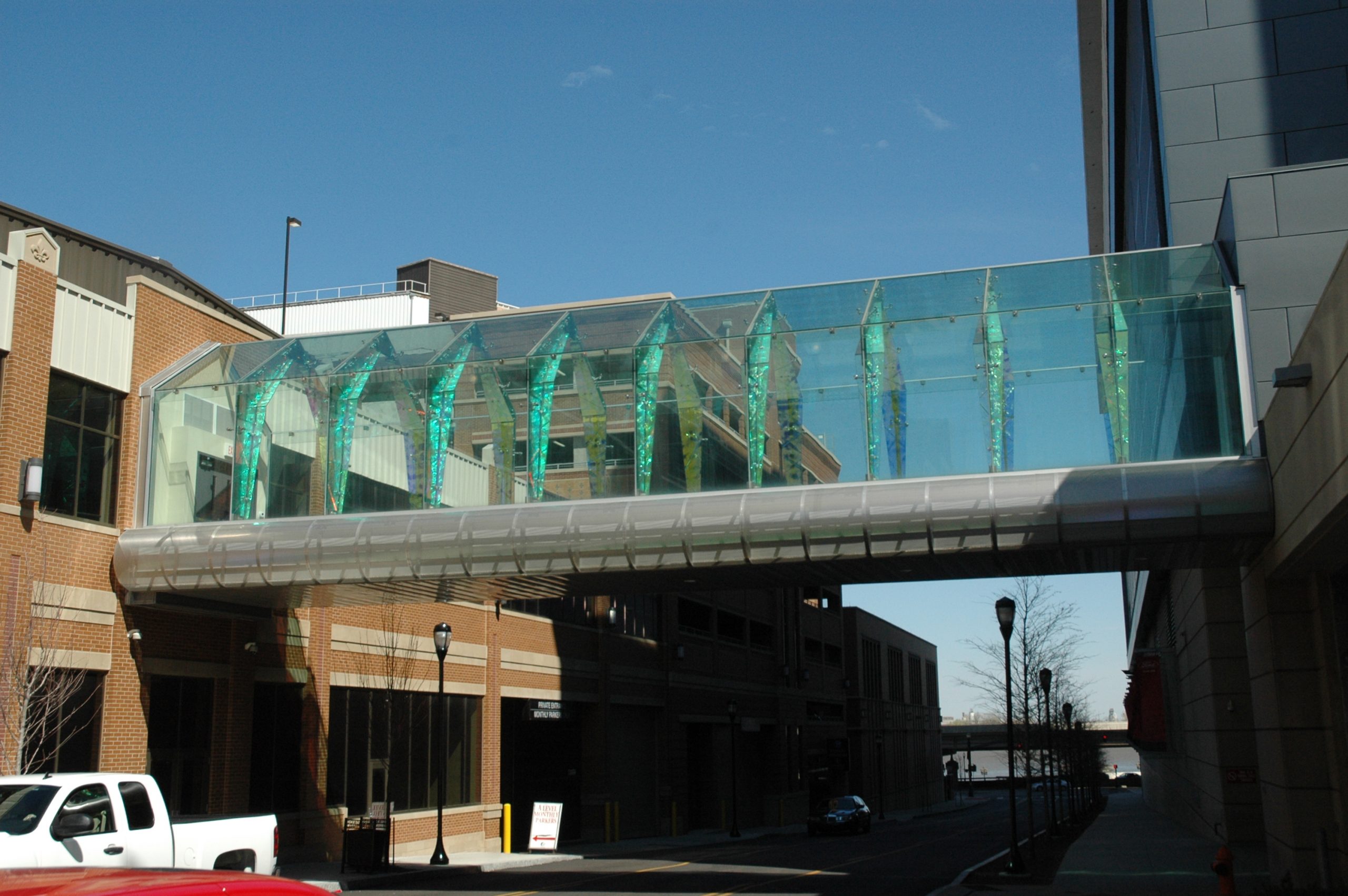 The pedway connecting the Louisville Arena to the parking facility is 90' long , 12' wide and 15' tall. It is composed of an all glass structure with artistic glass trusses which serve as its structural support. These trusses are composed of tempered laminated glass with dichroic and holographic films laminated within the glass. These films shift colors when viewed from different vantage points. Beneath the glass structure is a curved perforated metal element with LED lighting which is illuminated with moving colors at night.

The pedway serves as a gateway to downtown Louisville from the adjacent expressway as well as the connector from the parking structure to the arena. The design of the glass structure was intended to add an element of visual excitement to the passage of patrons as well as for the drivers and pedestrians passing beneath the structure. The design was developed to provide an element that was open visually because the space between the buildings is narrow, much like a canyon.

The working process between the designer, the architect and the engineer was important for the success of the project. The structure was designed structurally to accommodate the different amount of movement by the buildings on both sides as well as the movement created by the heavy traffic on the adjacent freeway and city street. Moreover, the glass structure connection to the support component that connects to both buildings allows for the independent movement of the glass and the structural support members, which required very close coordination with all team members.

The project received the Crystal Achievement award from 'Glass Magazine', which is the highest award in the glass industry annually. This was the first time that an artistic glass was used as the primary support system of a pedway bridge.