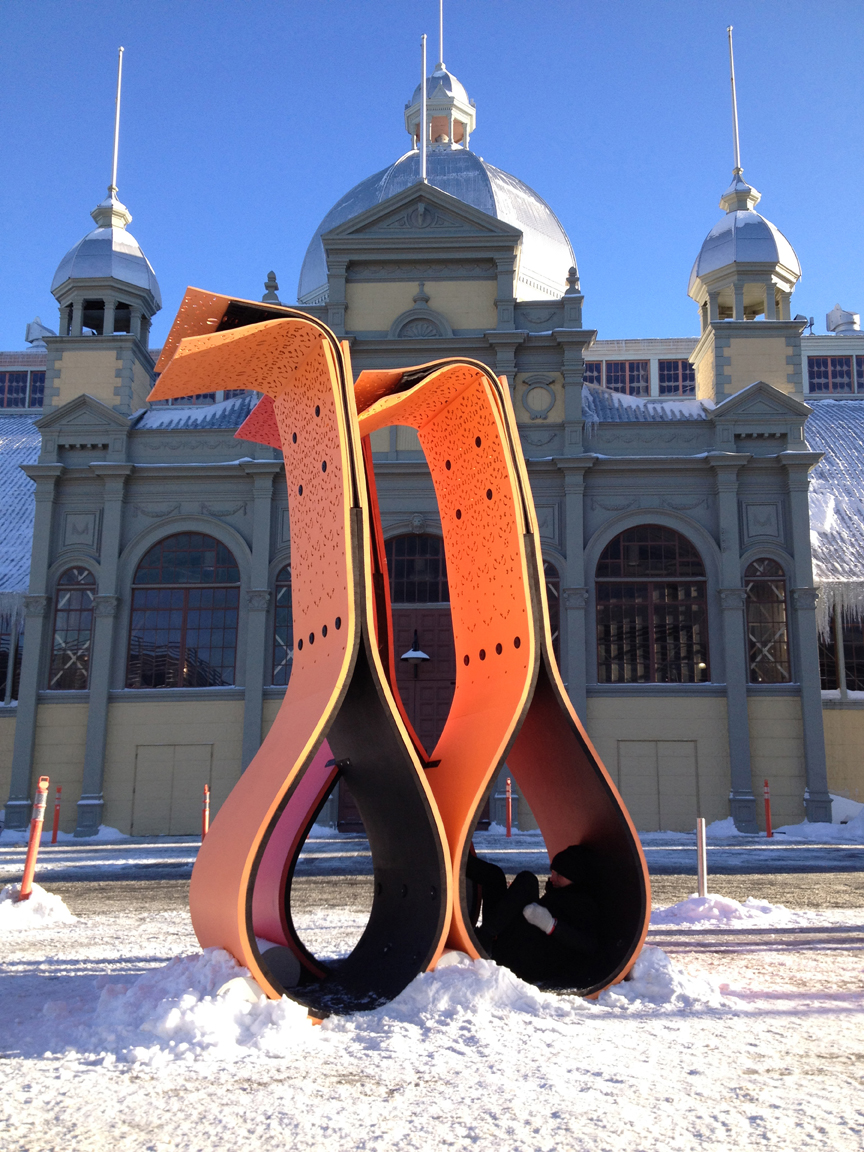 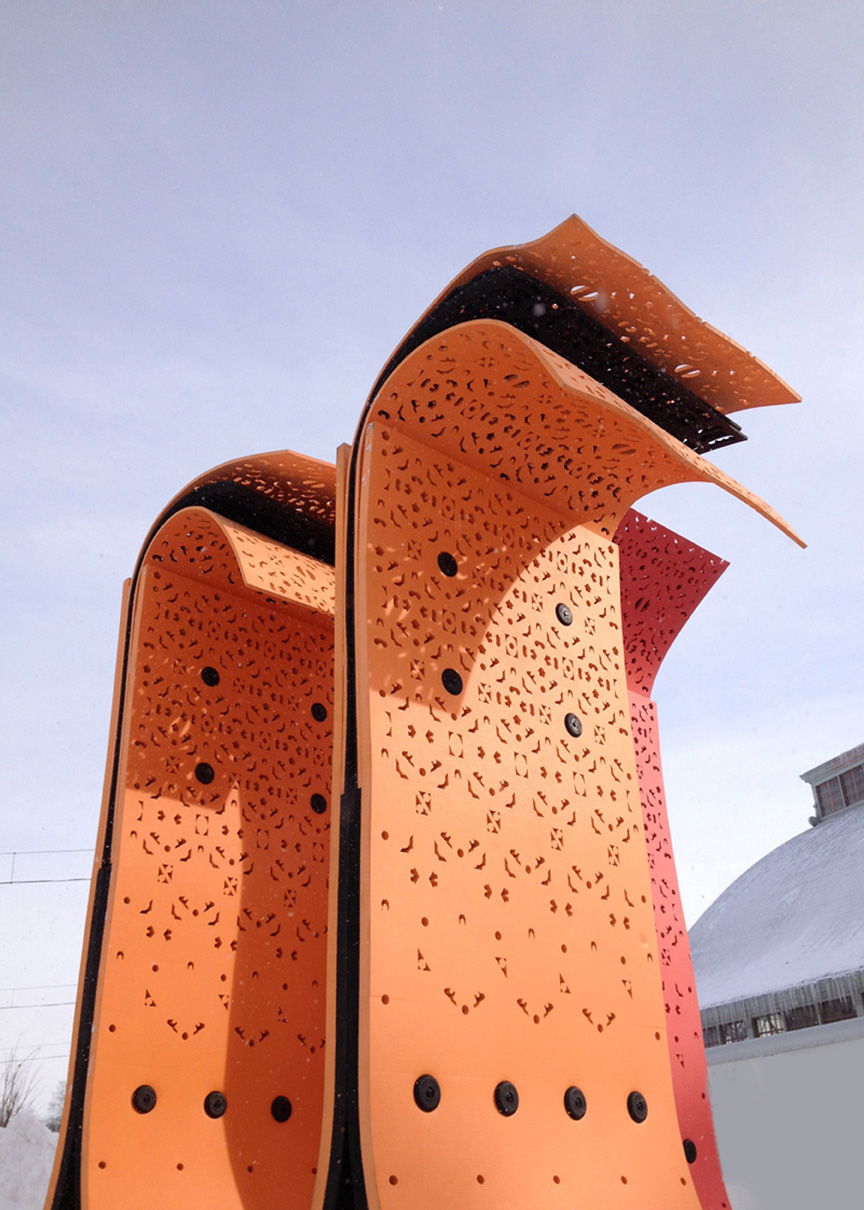 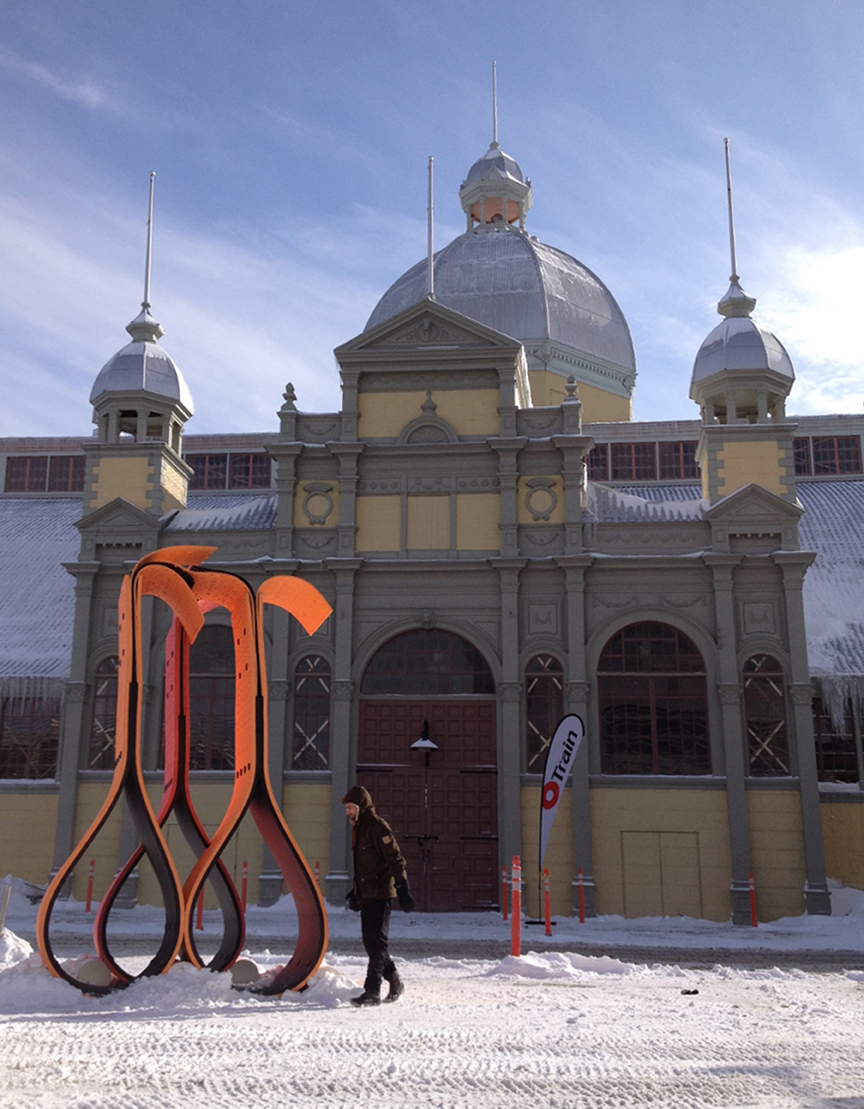 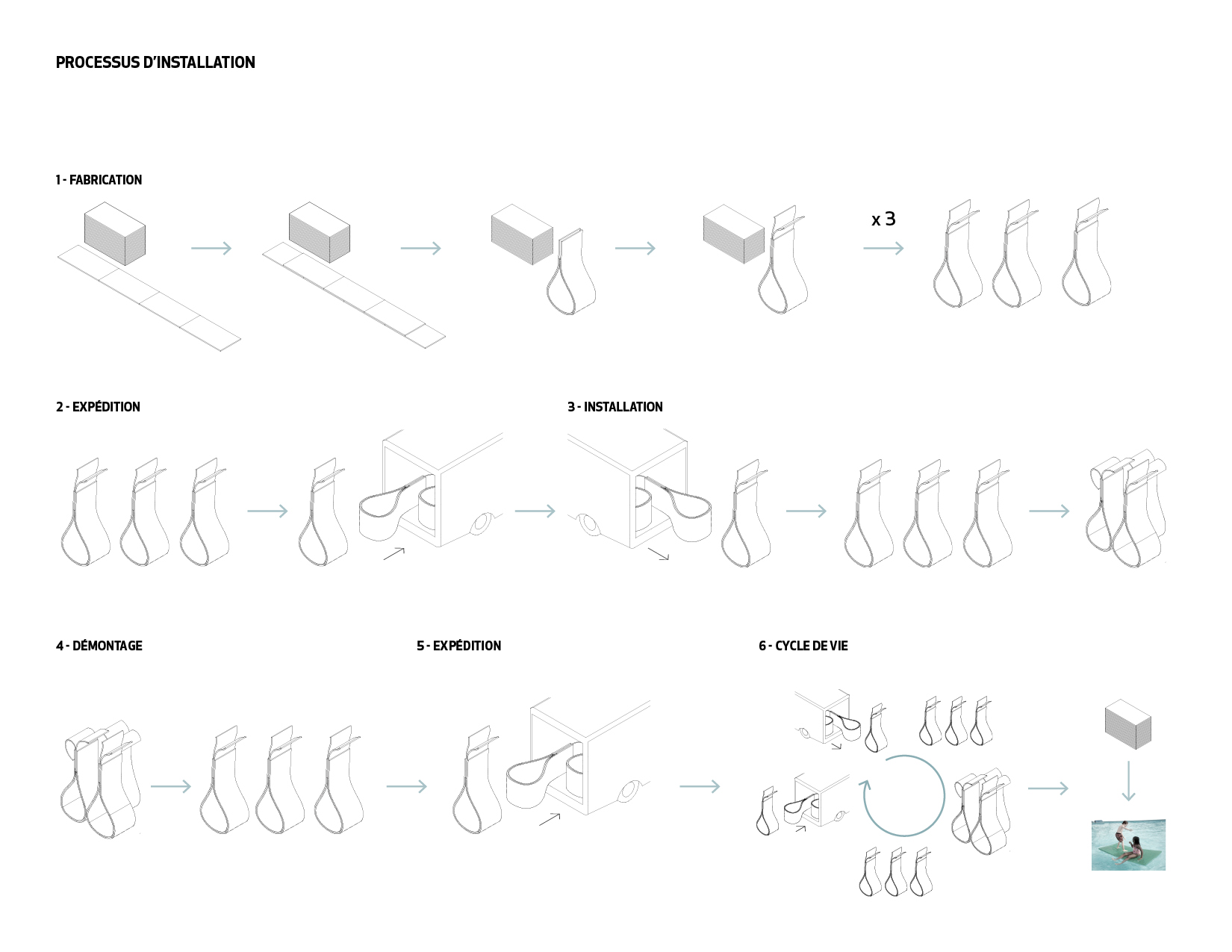 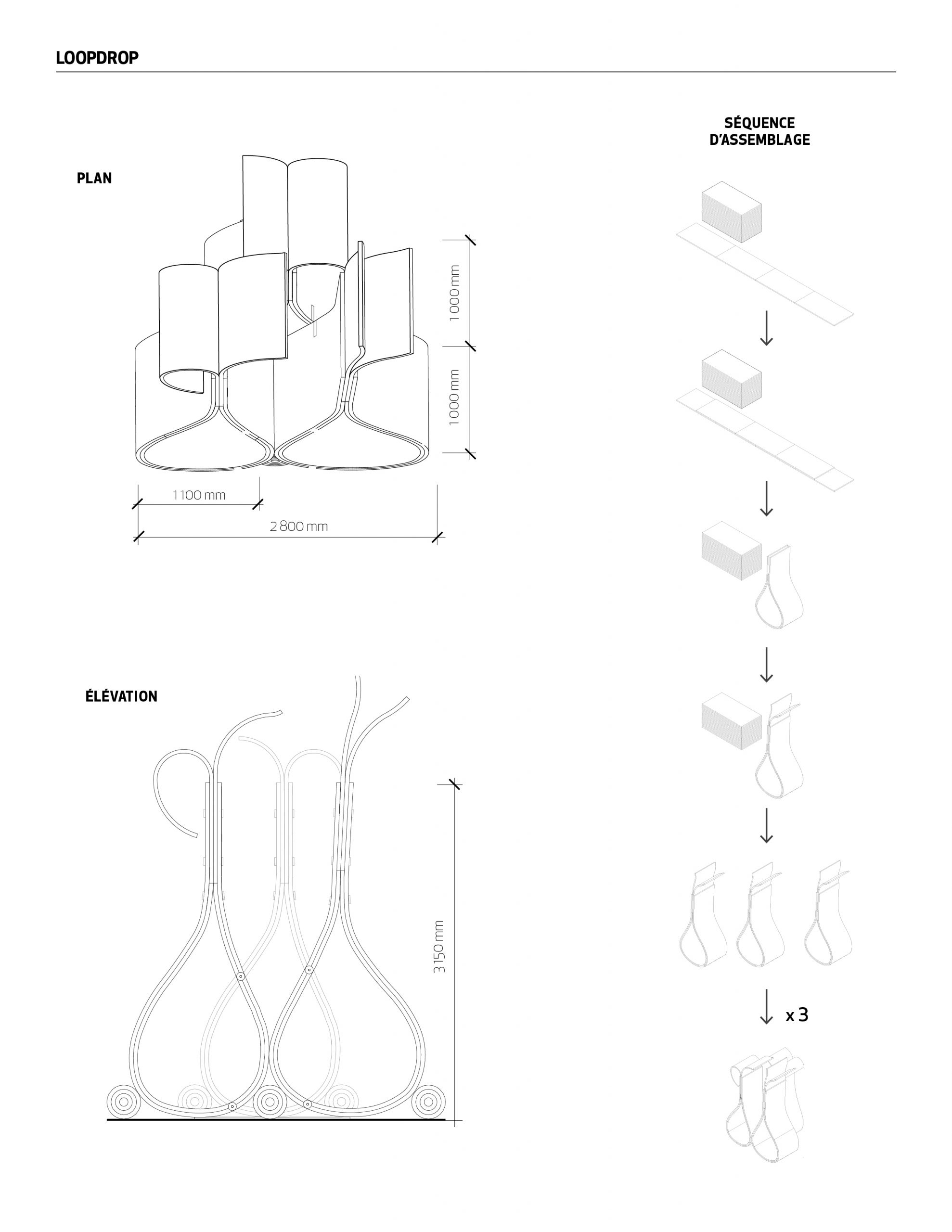 Loopdrop is a participatory structure, inviting interaction both from the visitors and from the weather. Instead of attempting to block the winter wind, we use it as a collaborator that animates the flexible material, causing the upper parts to sway.

The form yields to the viewer and the weather as well, offering varied resistance and movement depending on the wind force and the actions of the people entering and interacting with the structure.

Curving and bending EVA foam sheets to form drops allow for the creation of an organic form which playfulness and physical response invites for an array of interpretations, confounding the microscopic and the macroscopic, in a sort of symbolic recall of winter’s role in activating the cycle of life.

To mark the ambiguity of Loopdrop, being a structure posing simultaneously as a sculpture, a piece of furniture, and a play space, its surfaces are marked by the juxtaposition of clashing patterns. Quoting upholstery design and architecture, they are both functional and decorative, serving the structural lightness of the work and letting the light pass through it while revealing the vibrant colours of its materials.

The installation is demountable and reusable in any other festive context. In the end, the material will entirely be recycled by the manufacturer by cutting it into other products; hence, at the end of Loopdrop’s lifecycle, it could be transformed in floating mattress and given back to public institutions or the community.

Lum & Desranleau and Architecturama’s work intersect in many ways.
The starting point of Lum & Desranleau’s formal research is often the juxtaposition between the massiveness of the space they are working in and the intrinsic fragility of the materials they use. They create large-scale colour-saturated installations out of screen-printed paper that reveal the topography of the site. Their latest work is more about overtly showing precarious systems through the display of physical tensions.
Recent projects by Architecturama are based on the phenomena of perception (for example: openness, density, contrast, monumentality), the appropriation and transformation of space, public or private, by its users.
It is through the choice of the building material for the project that the interest of a collaboration between Architecturama and Lum & Desranleau has come about. Architecturama’s experience with this material, combined with Lum & Desranleau’s sensibility seemed an obvious fit; inspired by the material and teh context, the team then created the project in symbiosis, making best of each other’s affinities, complementarities, and overlaps of their praxis.