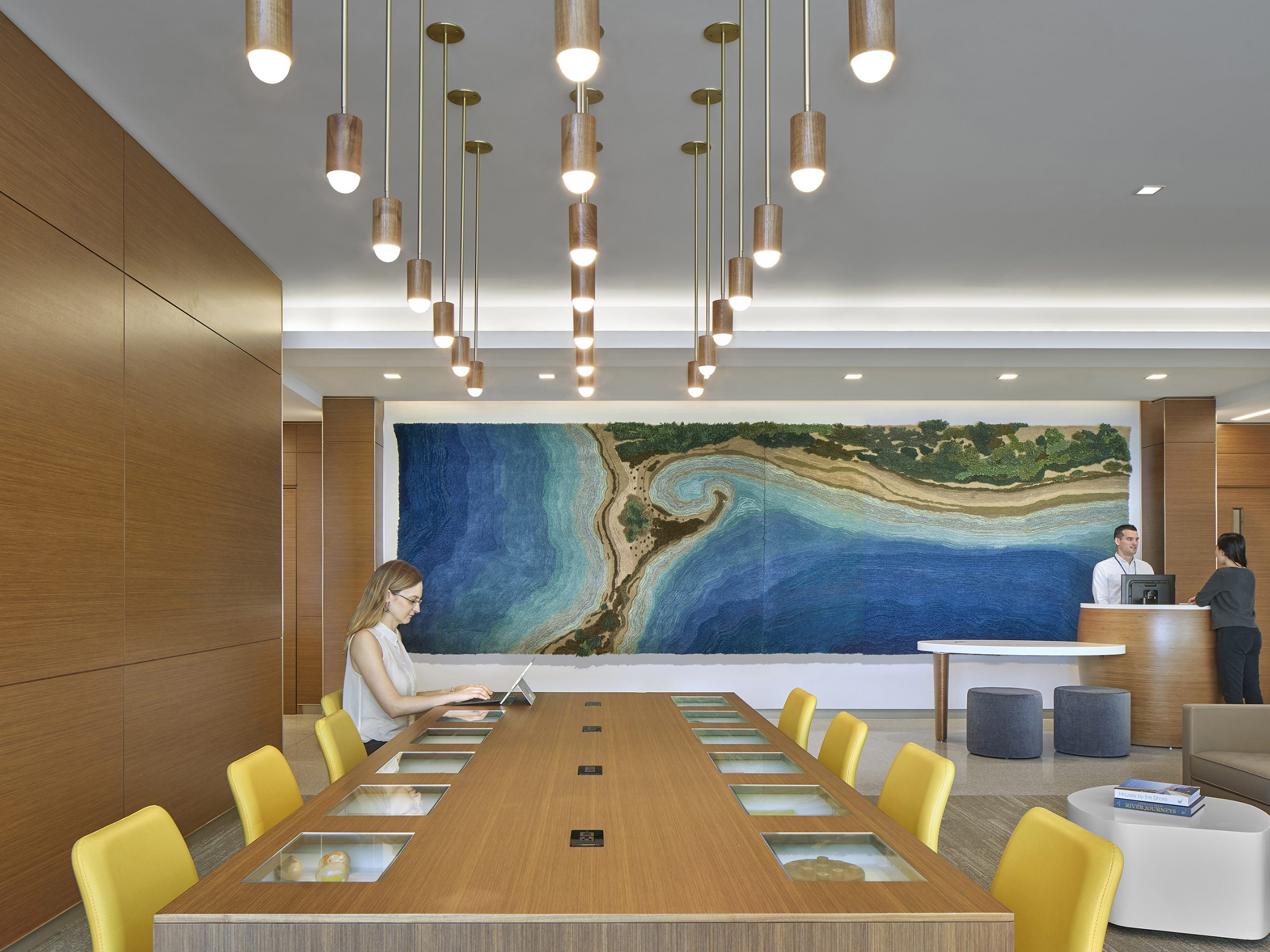 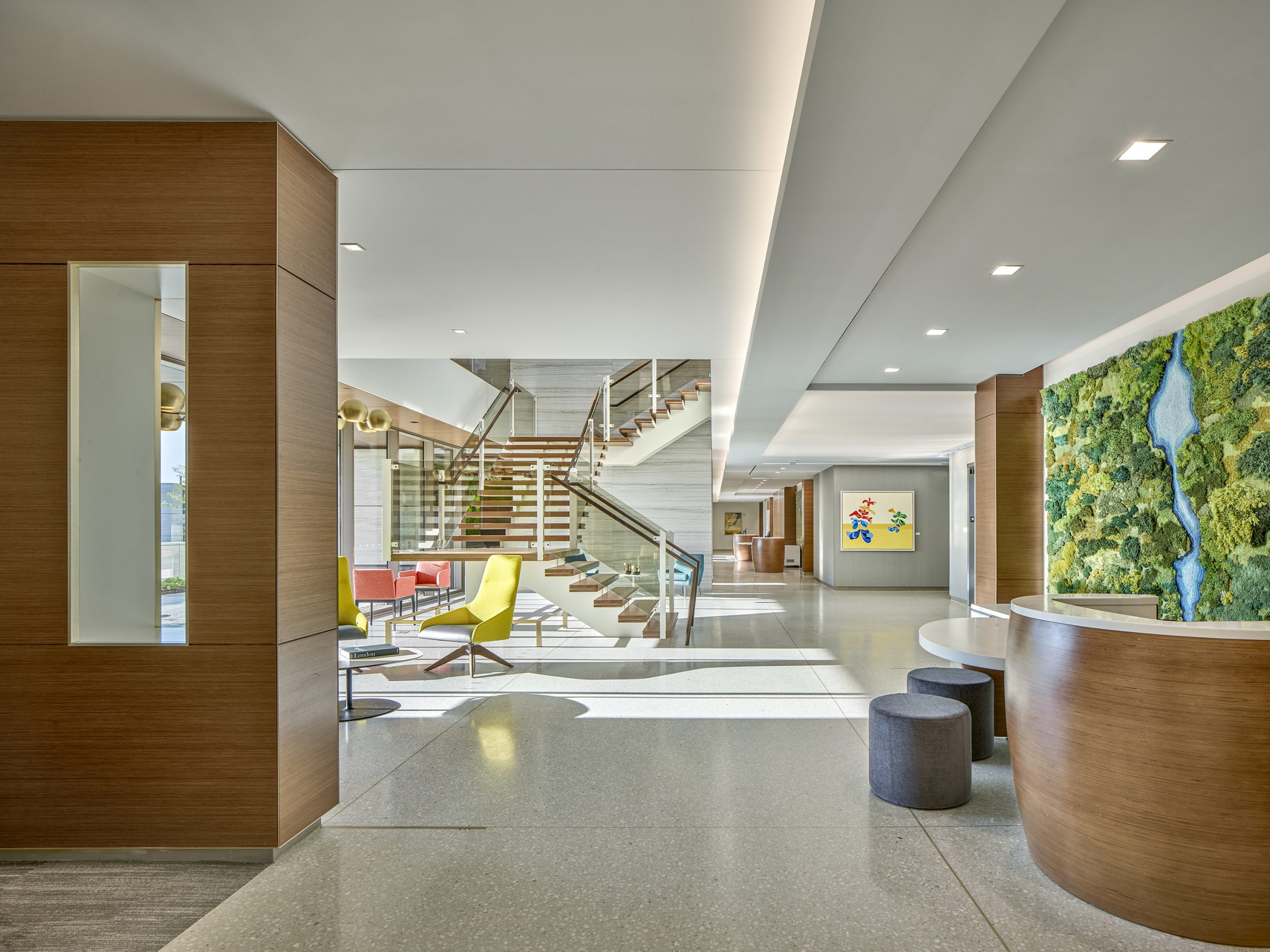 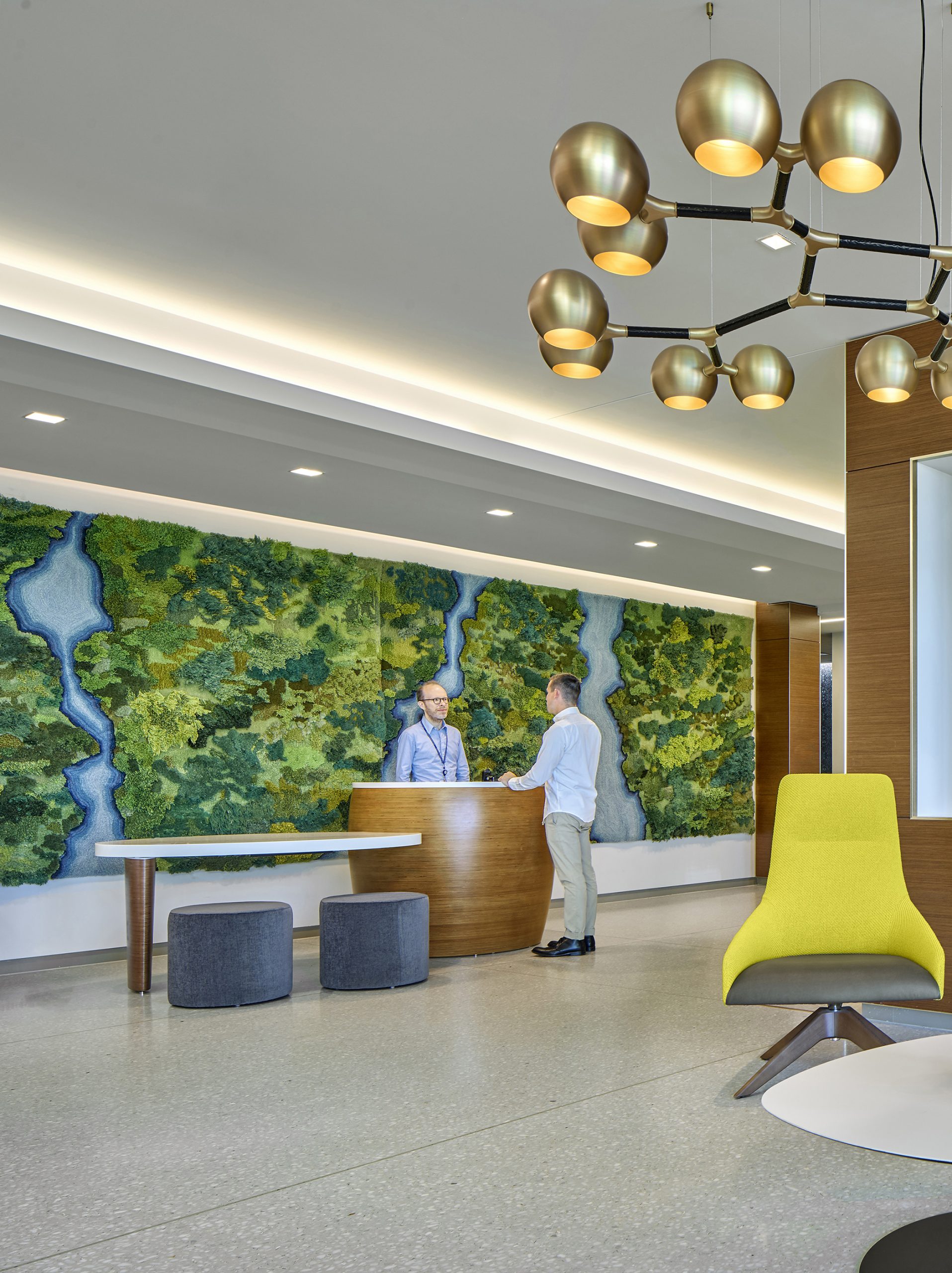 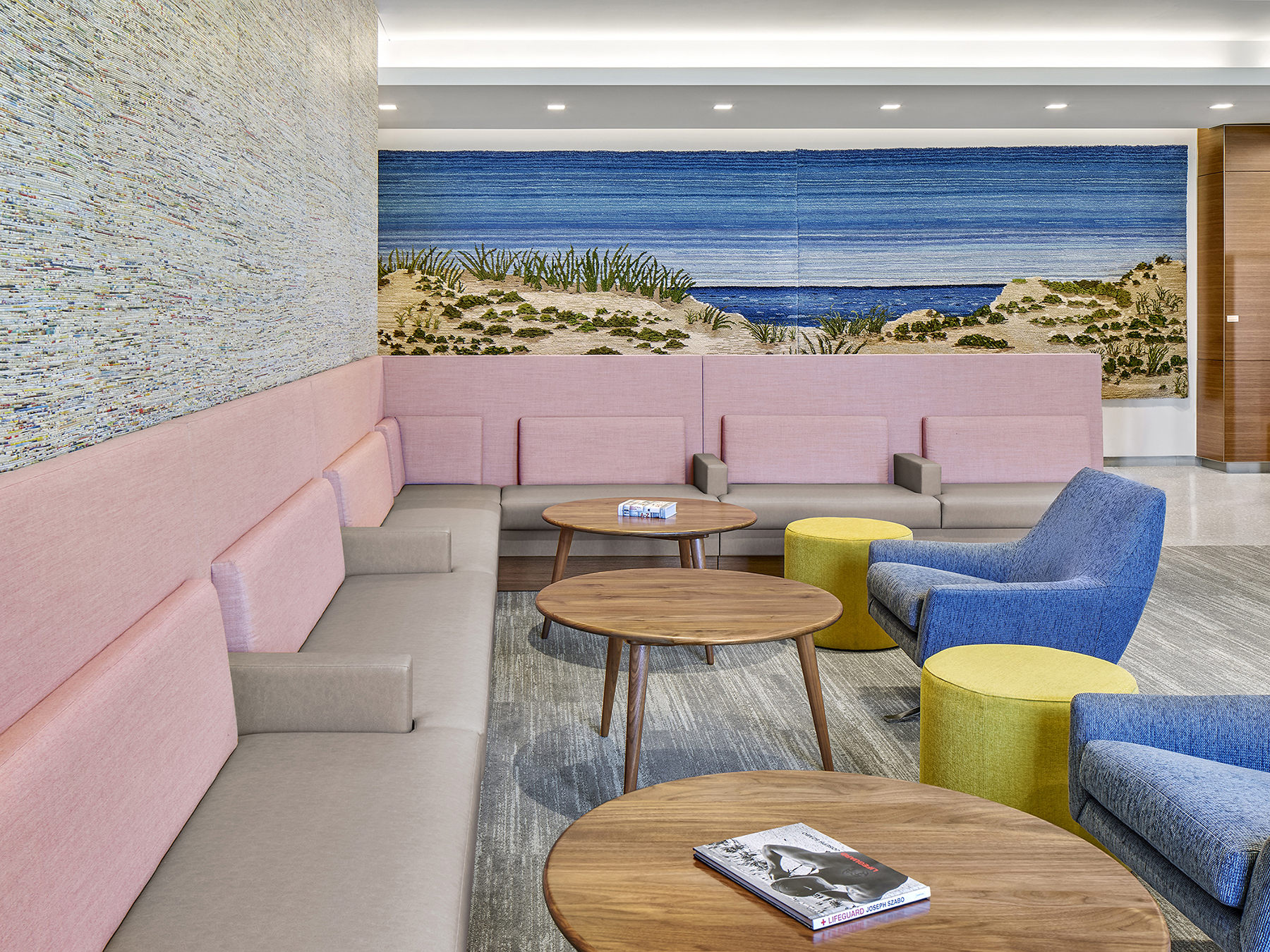 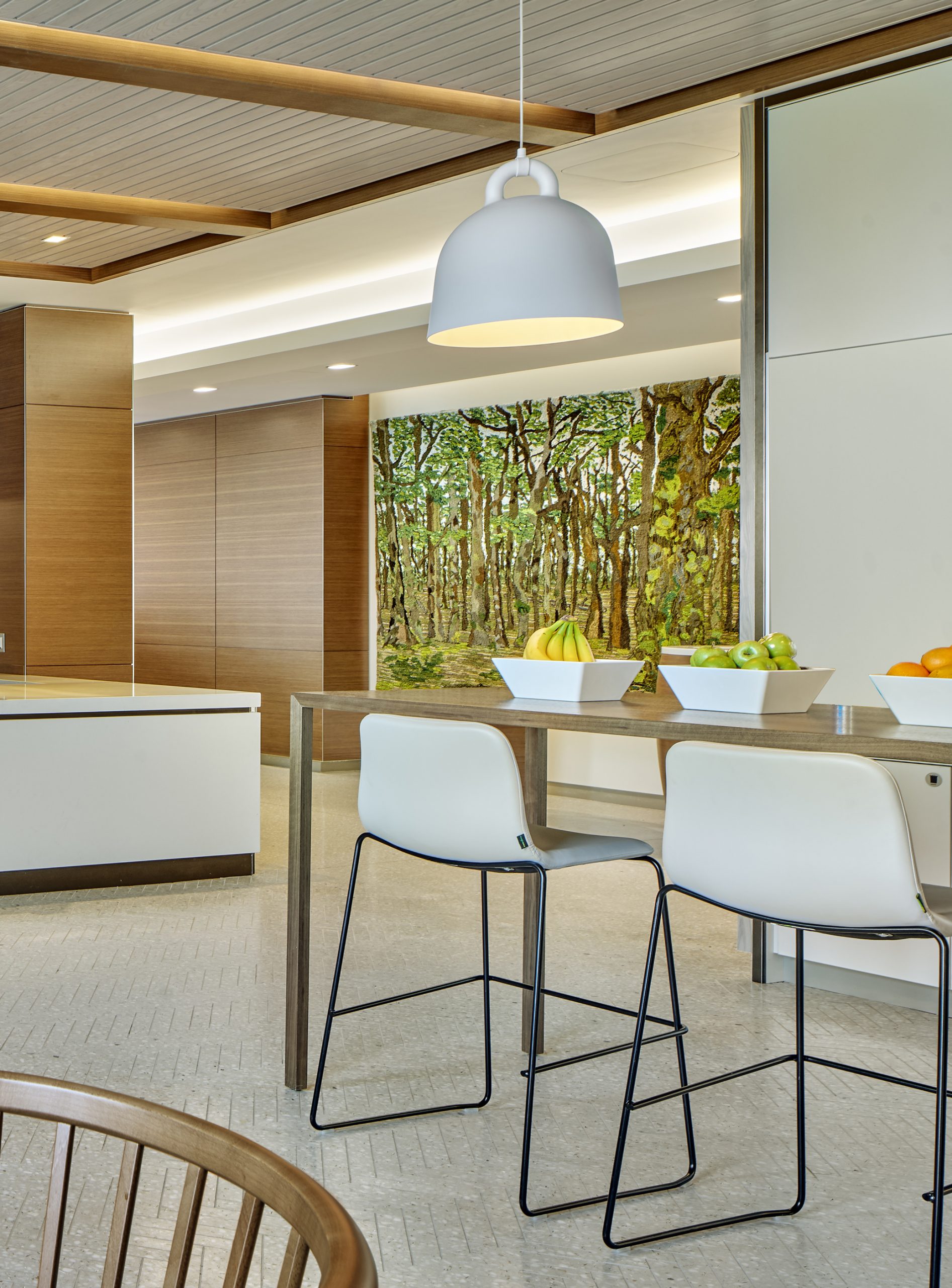 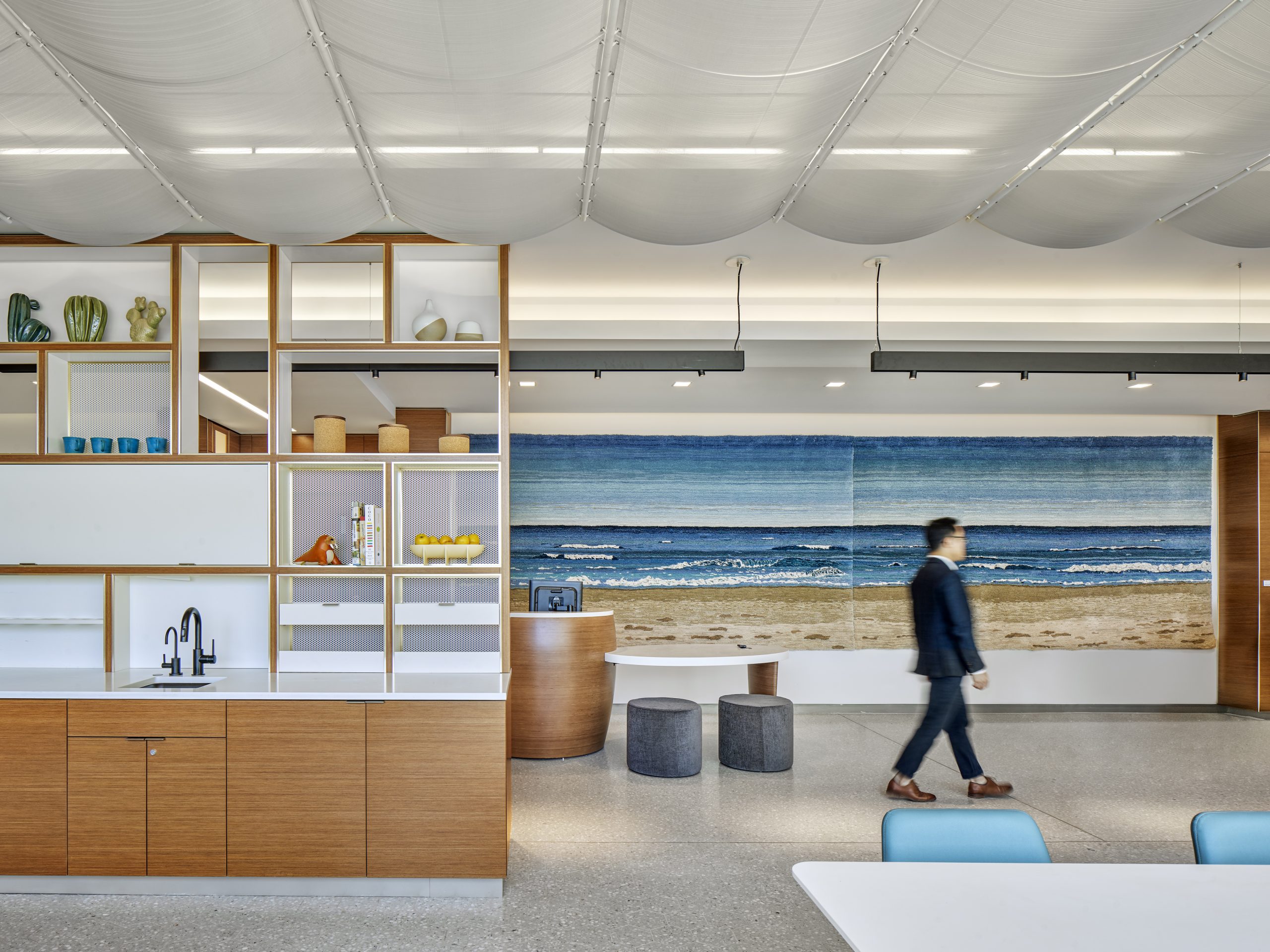 “Long Island Tapestries,” is a series of six large format tapestry works by Argentine textile artist Alexandra Kehayoglou commissioned for Memorial Sloan Kettering Cancer Center Nassau, a 130,000 sf new outpatient facility which opened in April 2019 in Uniondale, NY. For this project, Kehayoglou was invited by MSK to create a series of tapestries that would speak to the community served at this location. Kehayoglou came to New York and visited some of Long Island’s best known nature preserves – Connetquot River State Park Preserve, Oyster Bay National Wildlife Refuge and Montauk Point State Park – where, for her subject matter, she selected landscapes she hoped MSK Nassau visitors would recognize and connect to. The six tapestries featured on the building’s Concourse and Second floors artfully render local river banks, forests, shorelines and the ocean, employing the traditional craft of hand tufted rug making to bring these scenes and topographies to life.

The goal of this project was to create a series of feature wall artworks at the entry to individual clinics that could serve as backdrops for patient check in locations and as wayfinding to locate these entry points. The subject matter, some of Long Island’s most loved scenery, was also key to making MSK patients feel at home, comfortable and considered while providing positive distraction to ease some of the anxiety they might be feeling.

Creating the tapestries was highly collaborative. MSK’s in-house design team identified the artist and gathered buy-in from hospital administration and the building’s clinical team. MSK worked with Ewing Cole, the project architect, to determine appropriate sizes and location. An MSK intern researched nature preserves on Long Island, created Google maps locating them and communicated with the artist who was remote in Argentina (and 6 months pregnant!) planning her visit to New York. After her trip, the artist produced watercolor sketches for sign off and then shared progress images and video of her weaving to get MSK’s feedback on color and composition.

MSK patients, staff, visitors and leadership have all shared their praise and admiration for the end product, which are truly transportive scenes that are both uplifting and soothing. The project also brings an awareness to the preciousness of our natural surroundings and the importance of their conservation, which is a key component of Kehayoglou’s work. Kehayoglou uses surplus yarns from her family’s carpet factory, which has been manufacturing industrial floor coverings for more than 60 years. Her repertoire brings together memories of landscapes in her native Argentina and her desire to preserve them over time.