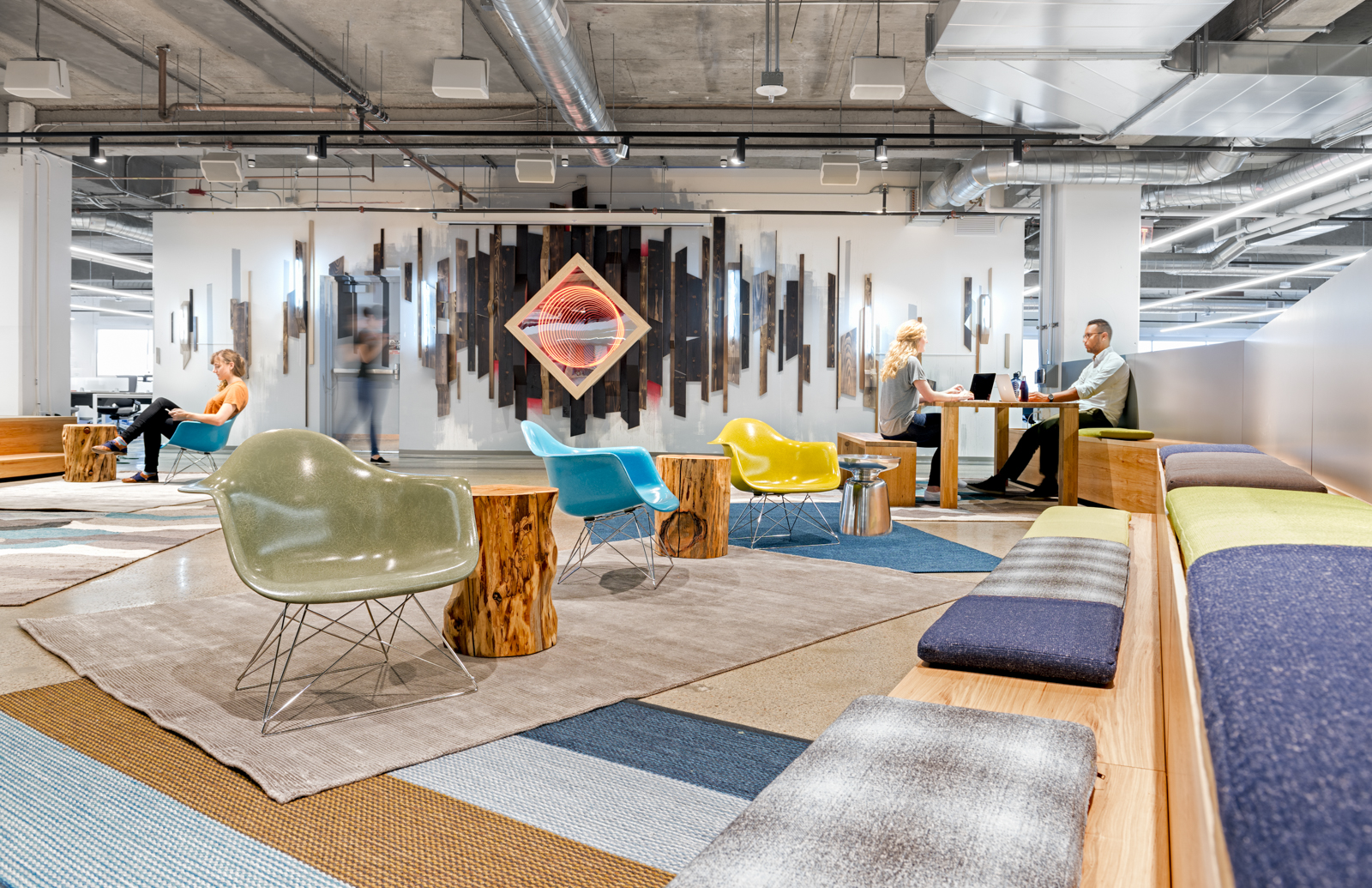 Livefyre is a company that aggregates web content to help media clients curate their own multi-source sites. For their 29,000 sq ft headquarters in San Francisco they wanted a space that reflected both their free-form, fun-loving culture and the all-encompassing work ethic that characterizes their staff. But Livefyre’s budget was small and their schedule unusually tight. The project became an exercise in what could be done with limited resources on the fastest track imaginable.

Perhaps the most striking space in the office is the all-hands area which features a large original mural by San Francisco artist Erik Otto. Otto and Livefyre’s founder Jordan Kretchmer were friends before either became successful and even then envisioned a future in which Jordan would commission art from Erik for one of his companies. Amazingly both artist and entrepreneur had forgotten that pact until O A’s designers recommended Otto’s work for the large common wall at Livefyre.

Erik Otto was asked to create a site-specific work that could be engaging and inspiring to the employees and serve as a backdrop within the all-hands area at the center of the office space. Playing on the company’s name, the CEO initially expressed interest in the use of charred wood within the piece. Coincidentally, he had been researching the technique of Shou-sugi-ban in an effort to come up with new ways to give my wooden sculptural work a more weathered effect so it was an obvious choice to develop a piece that highlighted the use of charred wood. As an added focal element, I took the concept one step further by adding a single piece of red neon shaped into a ring suspended within a light box containing two opposing mirrors that resulted in both a warm light source and a reflective component that encouraged the interaction from viewers.

The overall shapes used in the piece mimicked the irregularity of visual lines found within the overall environment designed by O A and the colors matched the energy of this rapidly growing new company.