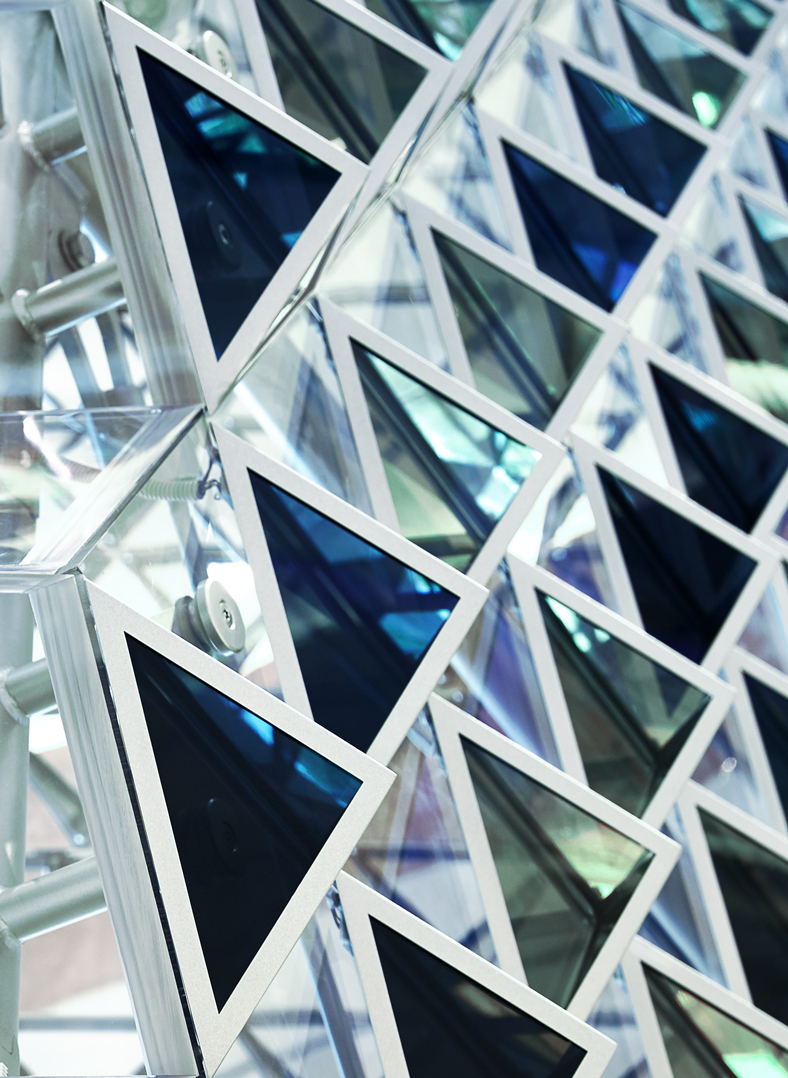 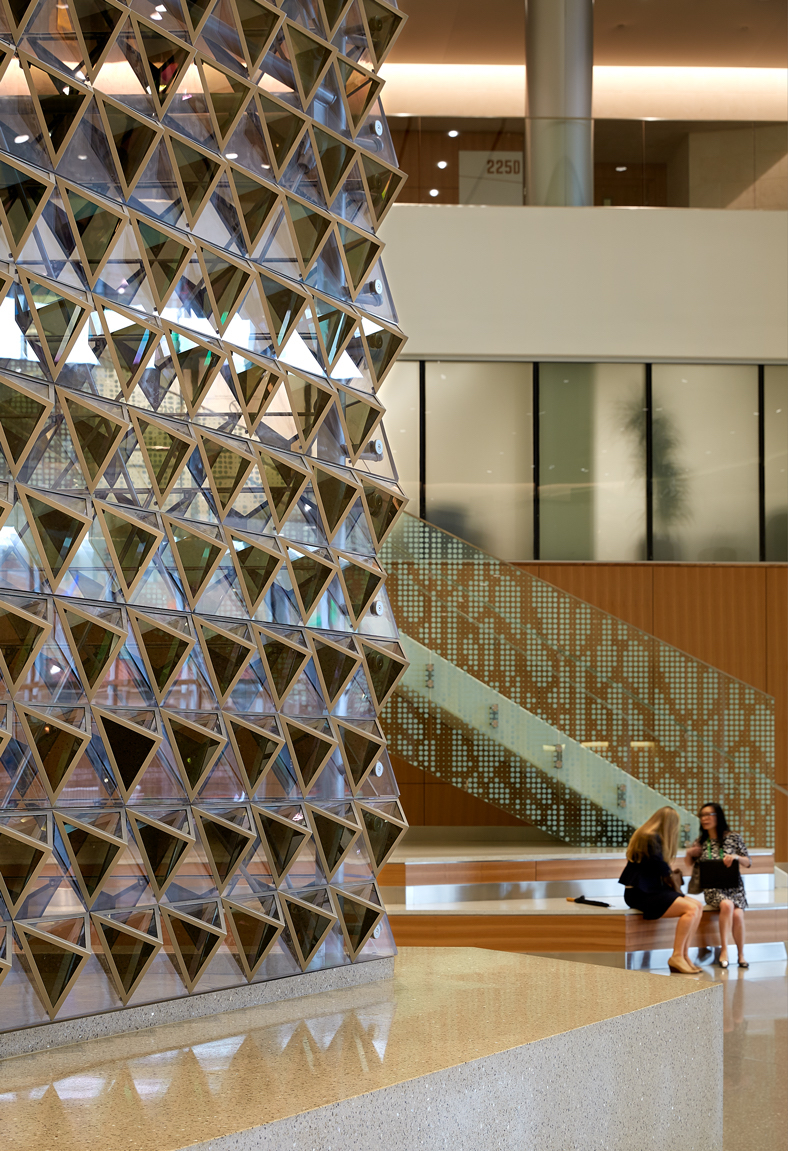 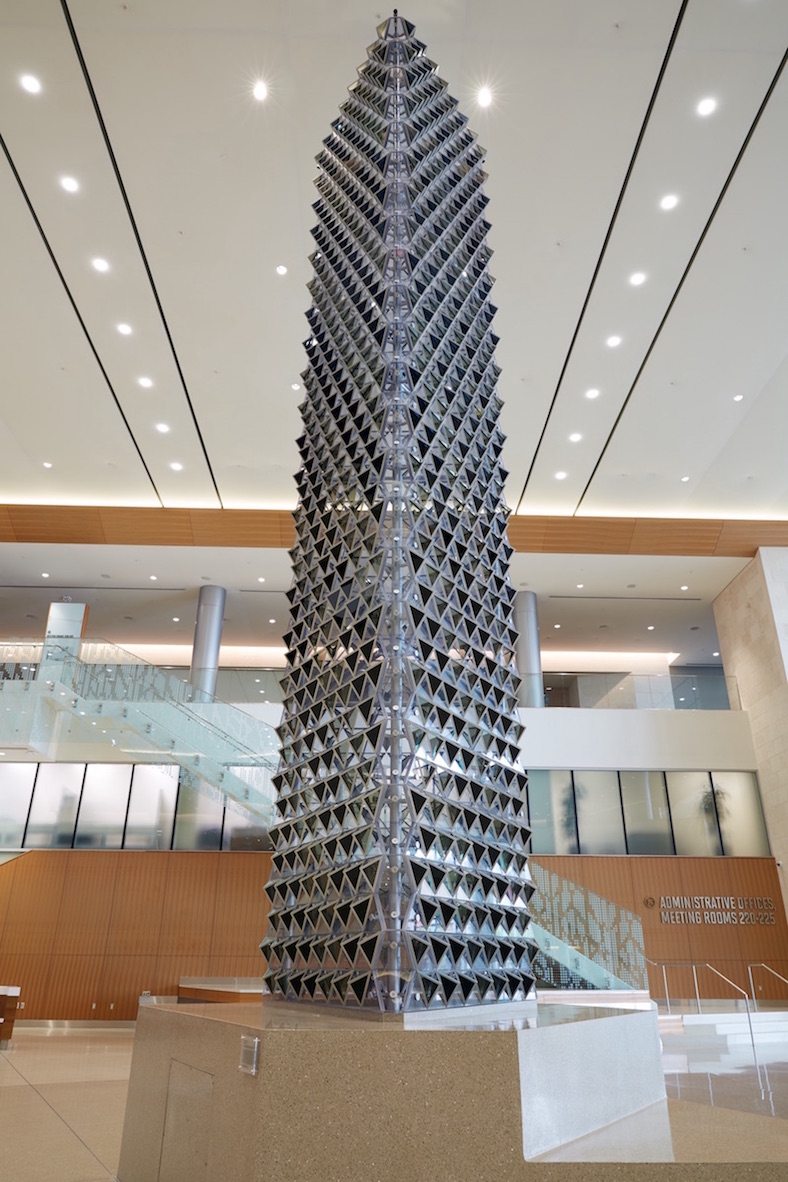 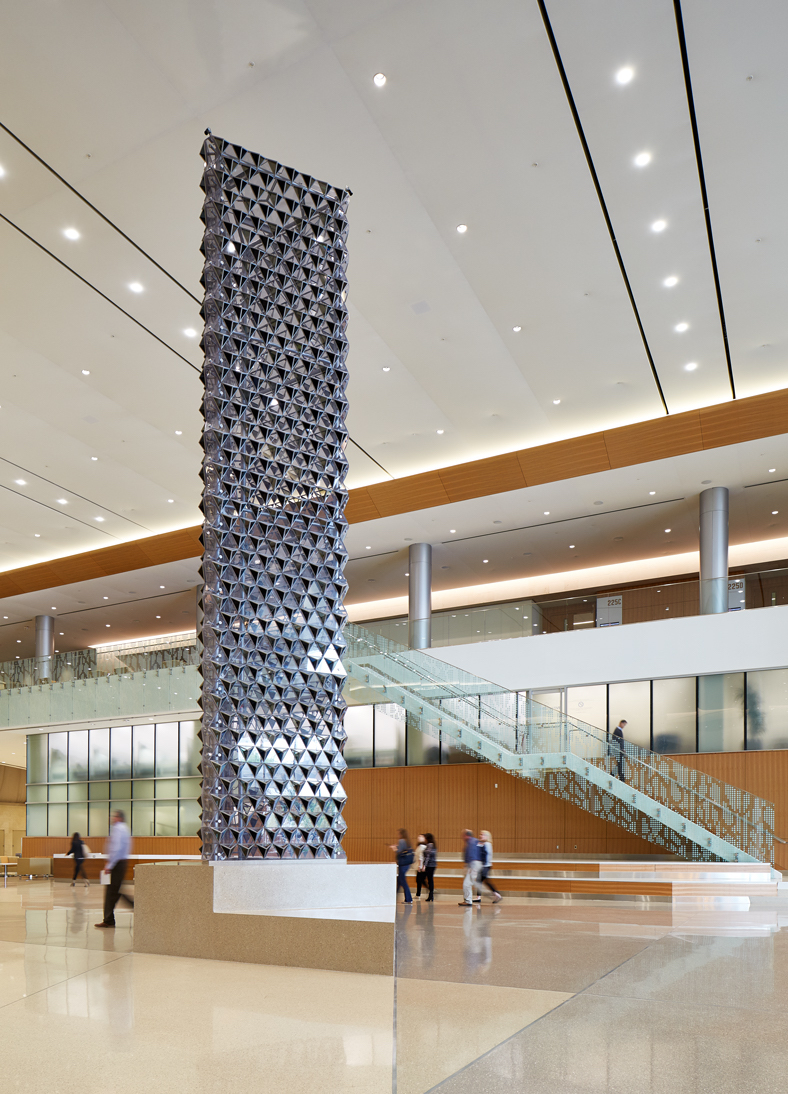 This stand alone custom 3-sided interactive LCD public art tower feature is approx. 32 feet tall by 6 ft wide per side. Built of circular steel tube welded in segments with cross-bracing the “skin” consists of 66 identical 1” thick laminated polycarbonate panels. Attached to each panel are 15 aluminum and LCD pyramid shaped modules that interact with the atmosphere of the lobby. The cameras installed at the top of the structure monitor how many people move within the space and visually transmit the information down to each pyramid creating a transparent and opaque undulation.

Eventscape teamed up with Jason Bruges Studio of London, UK to bring this “Liquid Crystal” to life. Inspired by the flows of the San Antonio River and the flux of the convention center’s visitors, the sculpture interacts with an rippling, shimmering effect according to its surrounding activity.

Jason Bruges Studio did thorough R&D work prior to their relationship with Eventscape. The specificity of the custom triangular LCD screens drove the design of each individual pyramid frame, the panels and overall structure.

During the prototyping phase, the Eventscape team produced 12 different prototypes for the pyramid frames. Materials included aluminum, steel and corian using different technologies such as casting, milling and thermoforming, with the best material solution being 20 gauge steel. 990 pyramids were laser-cut to spec, brake-formed and welded with a robotic arm. 3D printed retention clips were designed and produced to hold the polycarbonate and house LCDs.

Eventscape managed the coordination between the three timezones in London, San Antonio and Toronto, using live video conferencing. This allowed Eventscape to show the designer and client the staged mockup in real time, discussing the details, interactivity and scale of the project.