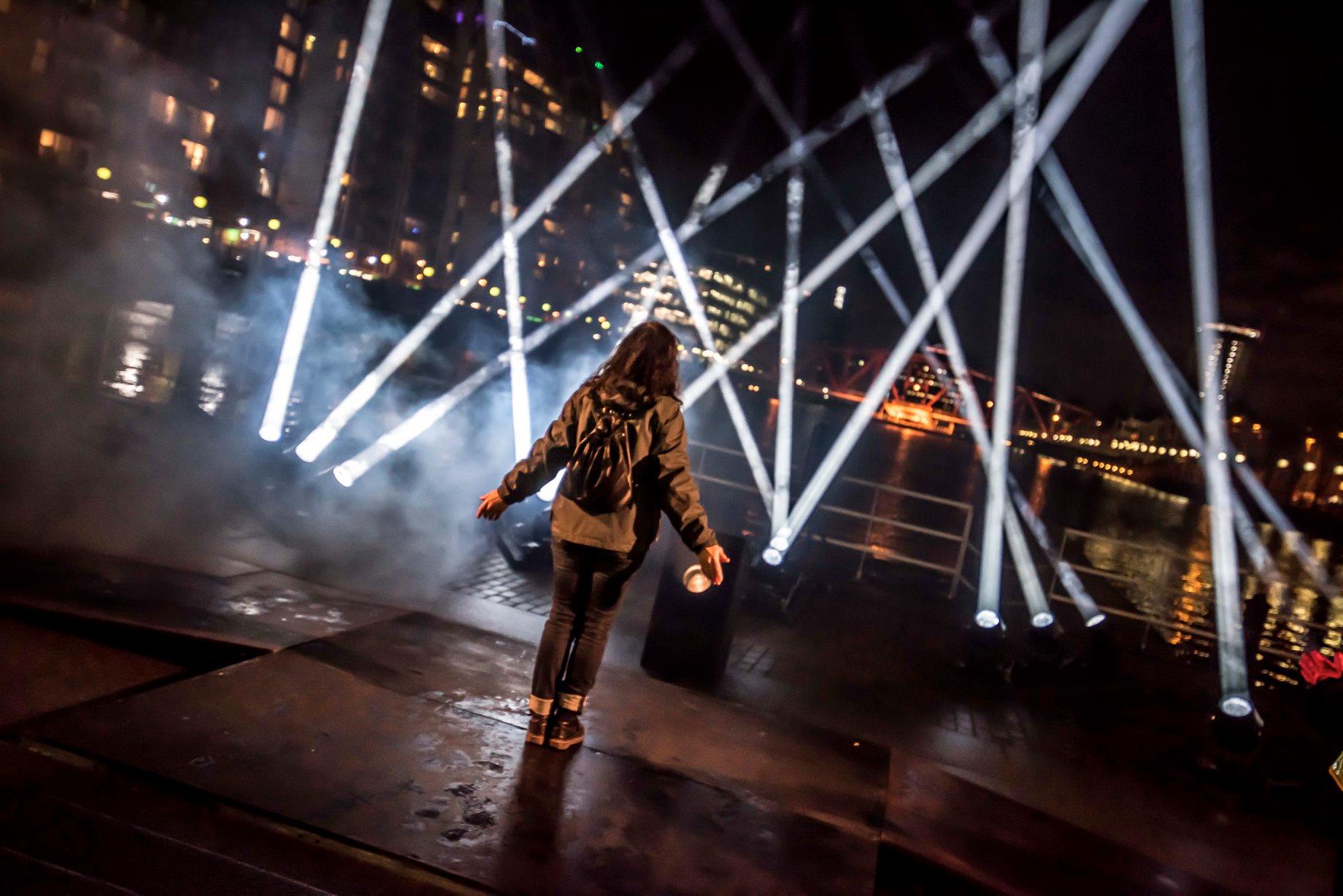 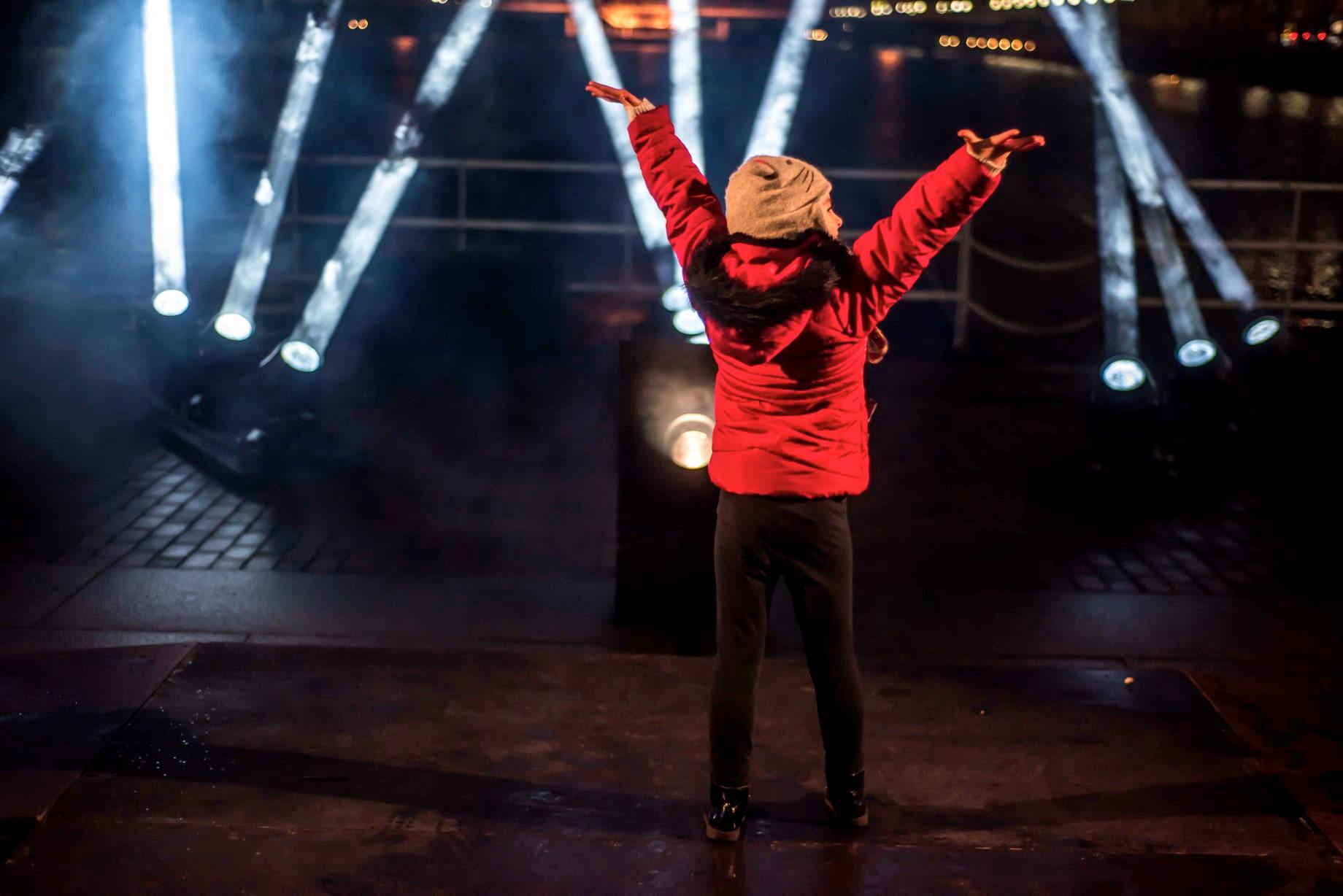 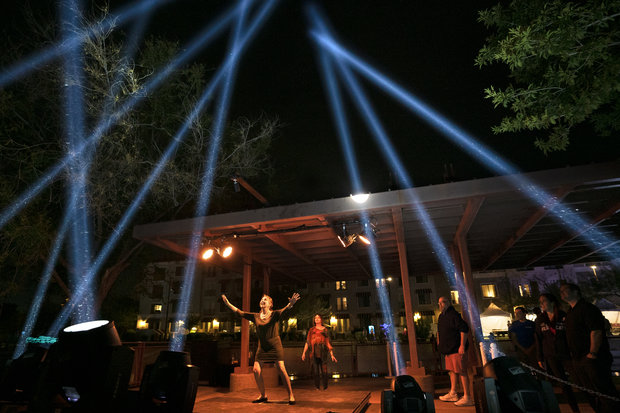 Light Orchestra is an interactive light and sound installation that invites visitors to become conductors, moving their arms to direct a symphony of light and music. From a conductor’s podium, visitors can direct an orchestra of motorized projectors that create beams of light and unique musical sequences that respond to the maestro’s movements. The light and music adapt and evolve according to the enthusiasm of the budding conductor. With increased movement, the music becomes livelier and beams of light move more energetically; with slower movement, the music becomes soft and the light beams gently sway.

The goal of Light Orchestra was to give people a chance to feel for a brief moment what it would be like to control powerful beams of light as well as being in charge of an orchestra. We spent a lot of time developing a fluid interactive system that would let people express themselves and delve deeper into the experience no matter how they decided to interact with it. The idea now is to let as many people as possible experience it all over the world.

Light Orchestra is the fruit of a collaboration between Ottomata, Atomic3 and Jean-Sébastien Côté. From the get-go, the idea has always been to provide a memorable engaging interactive art installation and this is what we set out to do. Ottomata focused on the interactivity design of the system, Atomic3 was in charge of the art direction as well as the light design and Jean-Sébastien Côté was in charge of the sound design. We spent many hours designing the whole system but the real breakthrough happened when we decided to place the spotlights in 5 columns of 3, this is when we started to feel how powerful controlling an orchestra of light beams could be.