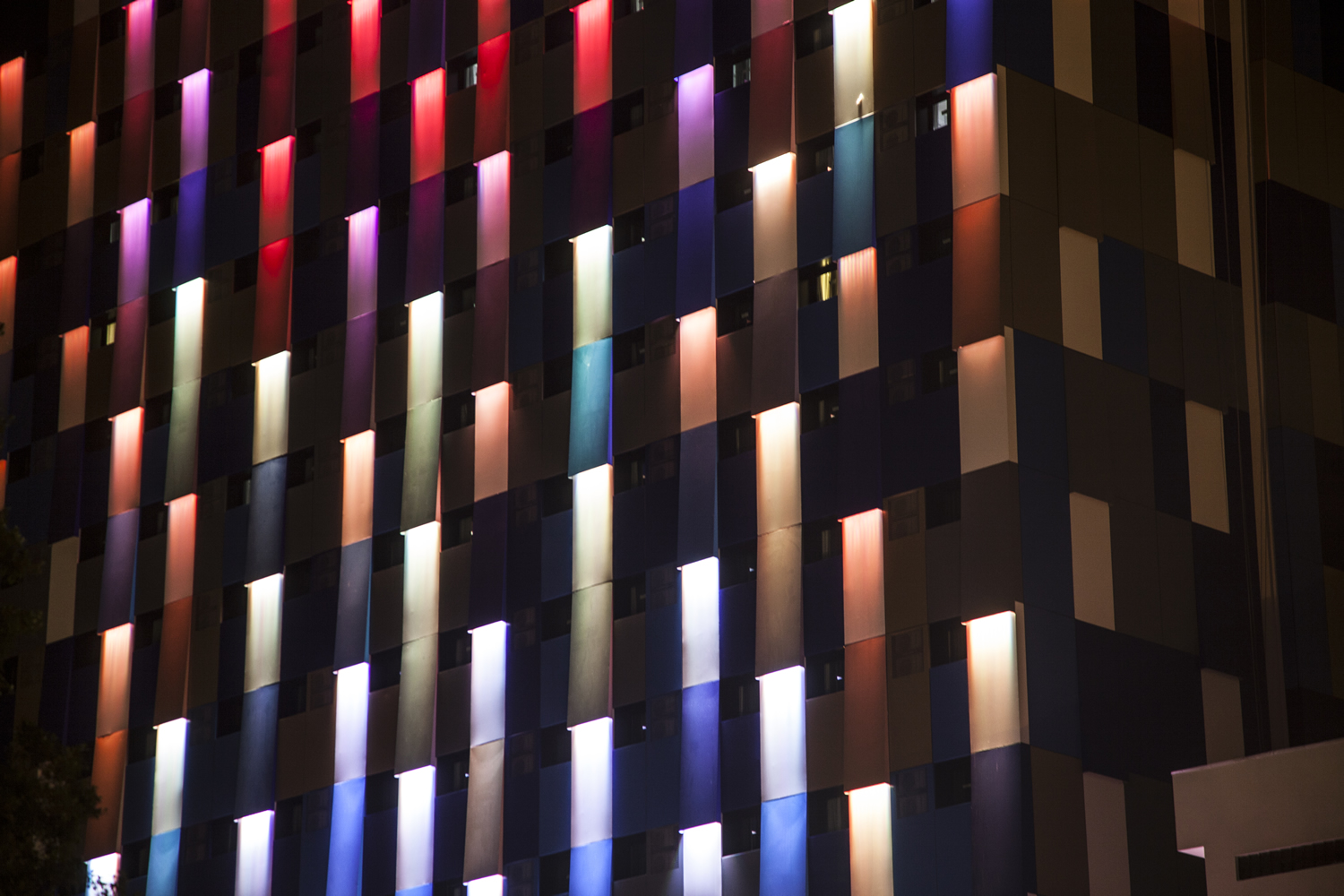 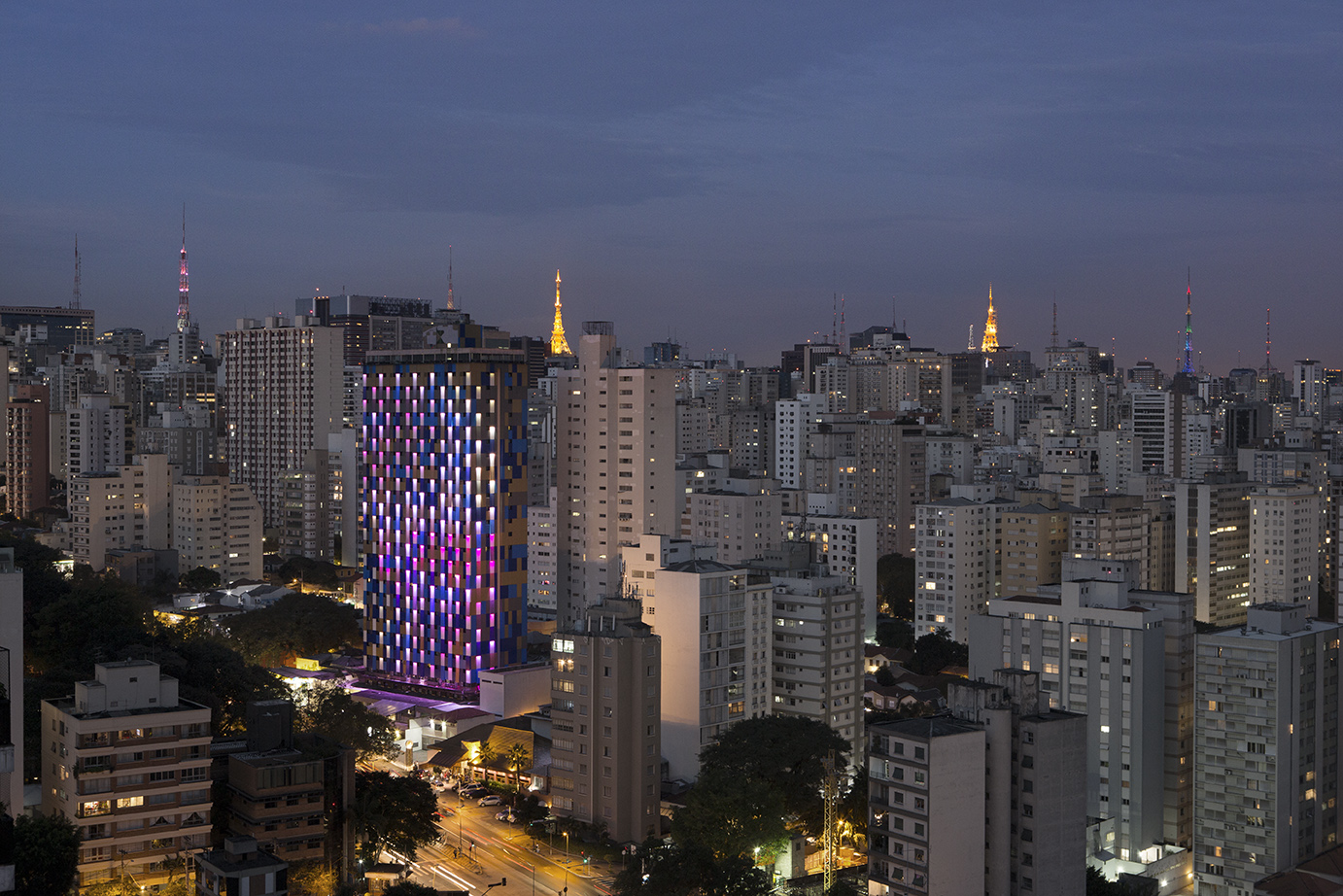 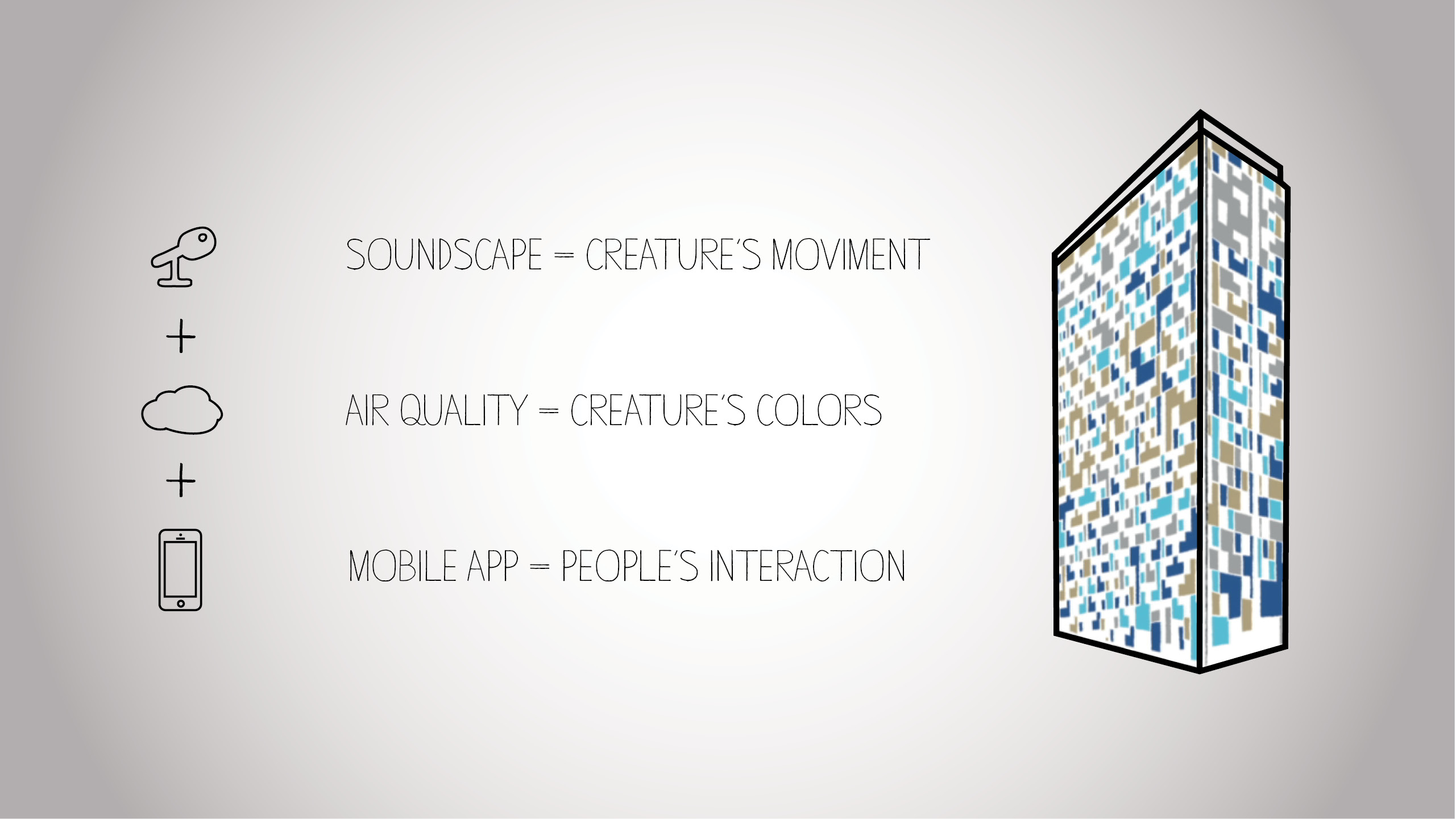 The design brief required us to wrap the original structure with a system of metal sheets, thus renewing its architecture. Then, with the assistance of a computer, we clothed the building with a colorful graphic pattern based on a 24-hour soundscape recorded at various points around the hotel’s third floor.

At dusk the metal skin is lit with 200 strips of low energy LED lighting that give life to the luminous creature and create an interactive dynamic with the city and its inhabitants. This creature behaves on its own, reacting in realtime to environmental stimuli and people. Ambient noise directly affects the creature´s form and motion via microphones installed on the building. Local air quality changes its colors through another group of sensors. Polluted air gives the creature warmer tones such as reds and oranges. When air quality improves, the cooler colors such as blues and greens appear. A mobile app allows the public to interact directly with the luminous creature in two ways: through touch (via a visual dynamic inspired by the classic "Game of Life", a cellular automaton developed in the 1970s by the English mathematician John Horton Conway) and through voice by speaking with the building, which registers sound waves on its facade.

The interactive facade of the Hotel WZ Jardins reveals a future where buildings become hybrids of the real and virtual. We worked with parametric designers, architect, software engeneers and graphic designers.

We hacked the original architecture by plugging in sensors, chips, microcontrollers and LED strips to make it interactive and communicative such that the facade responds to stimuli from its surroundings and invites the population of São Paulo to consider their own behavior. Sound and air quality are key data for the quality of urban landscapes in large cities. This light installation provokes and invites reflection.