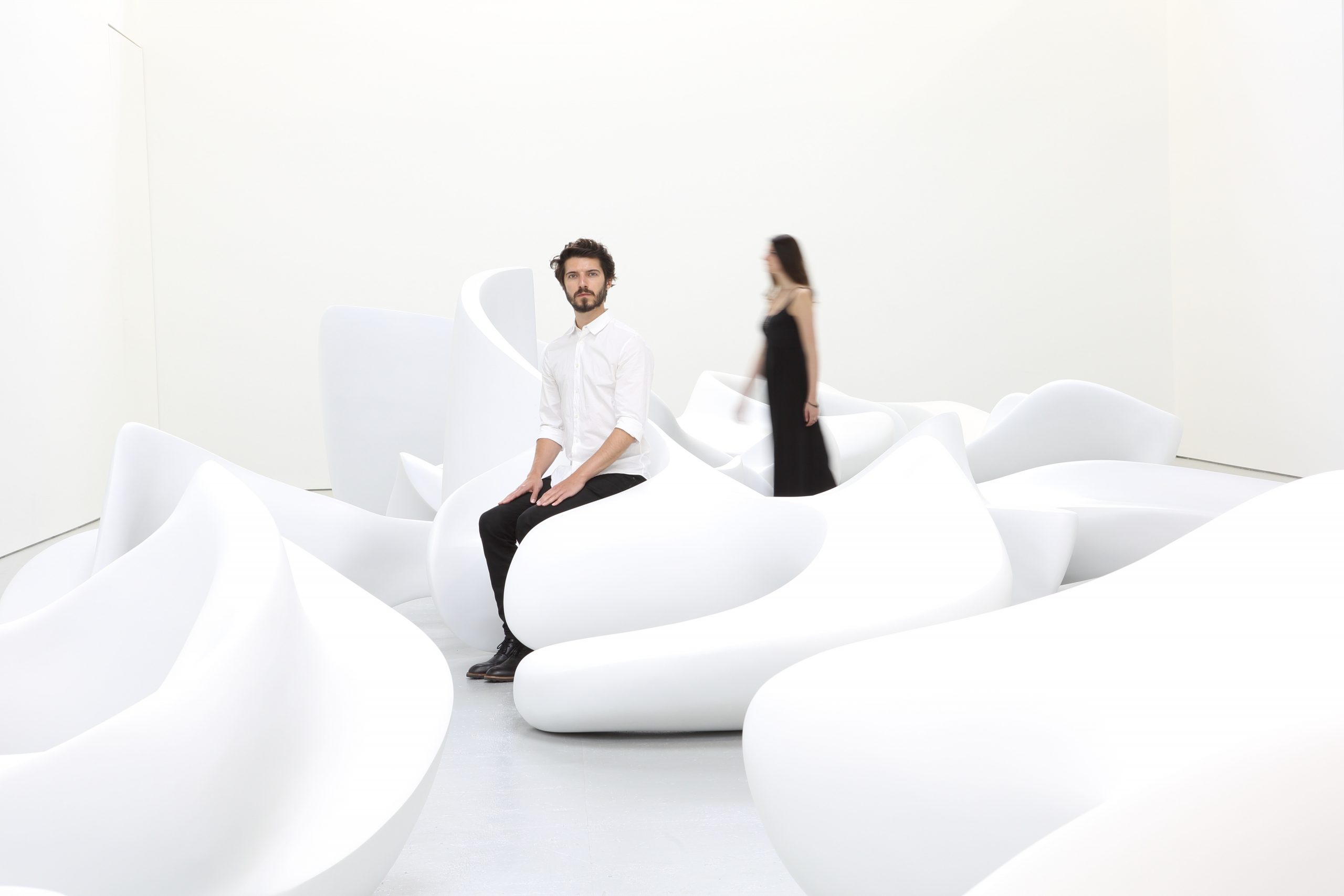 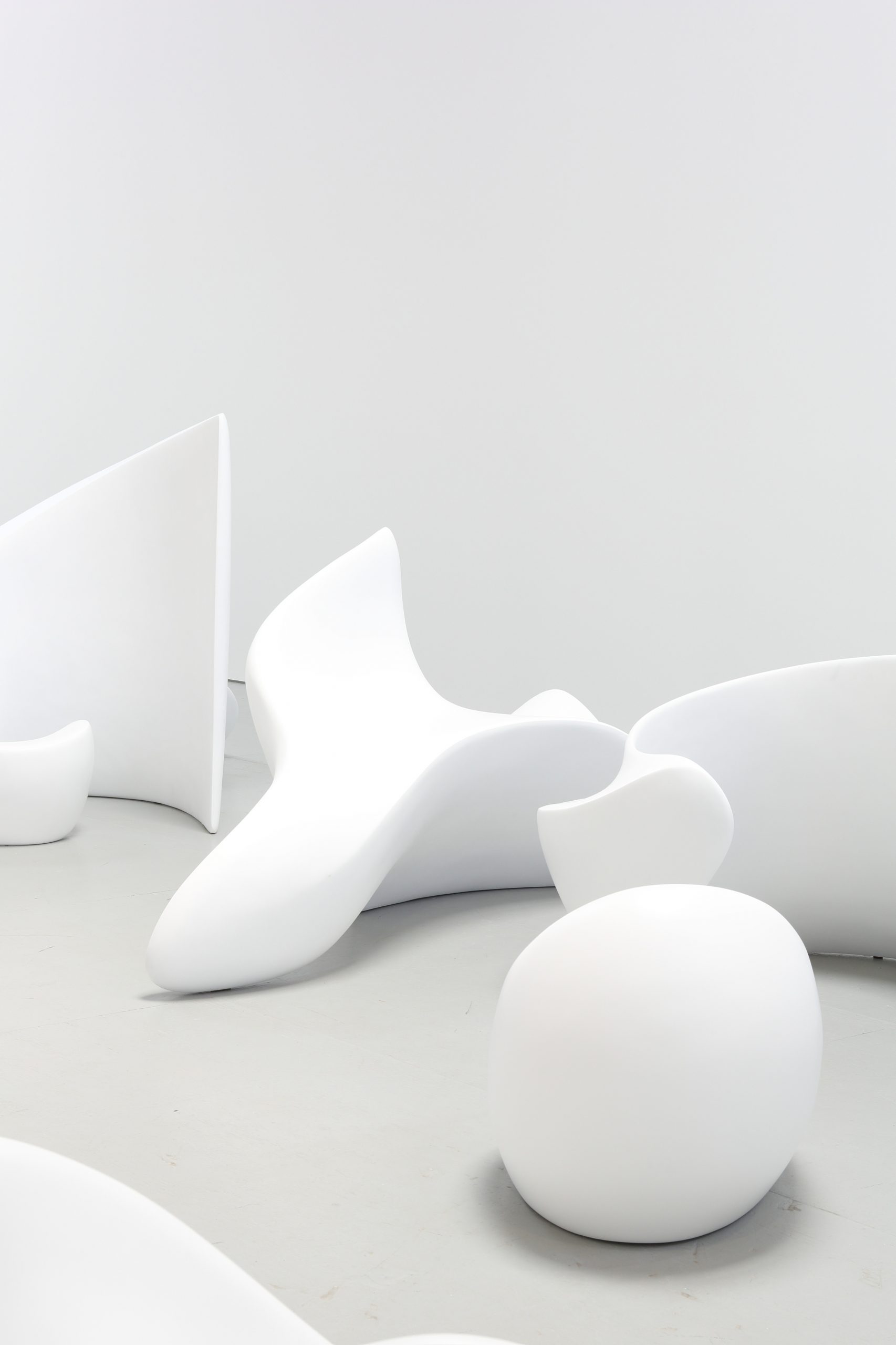 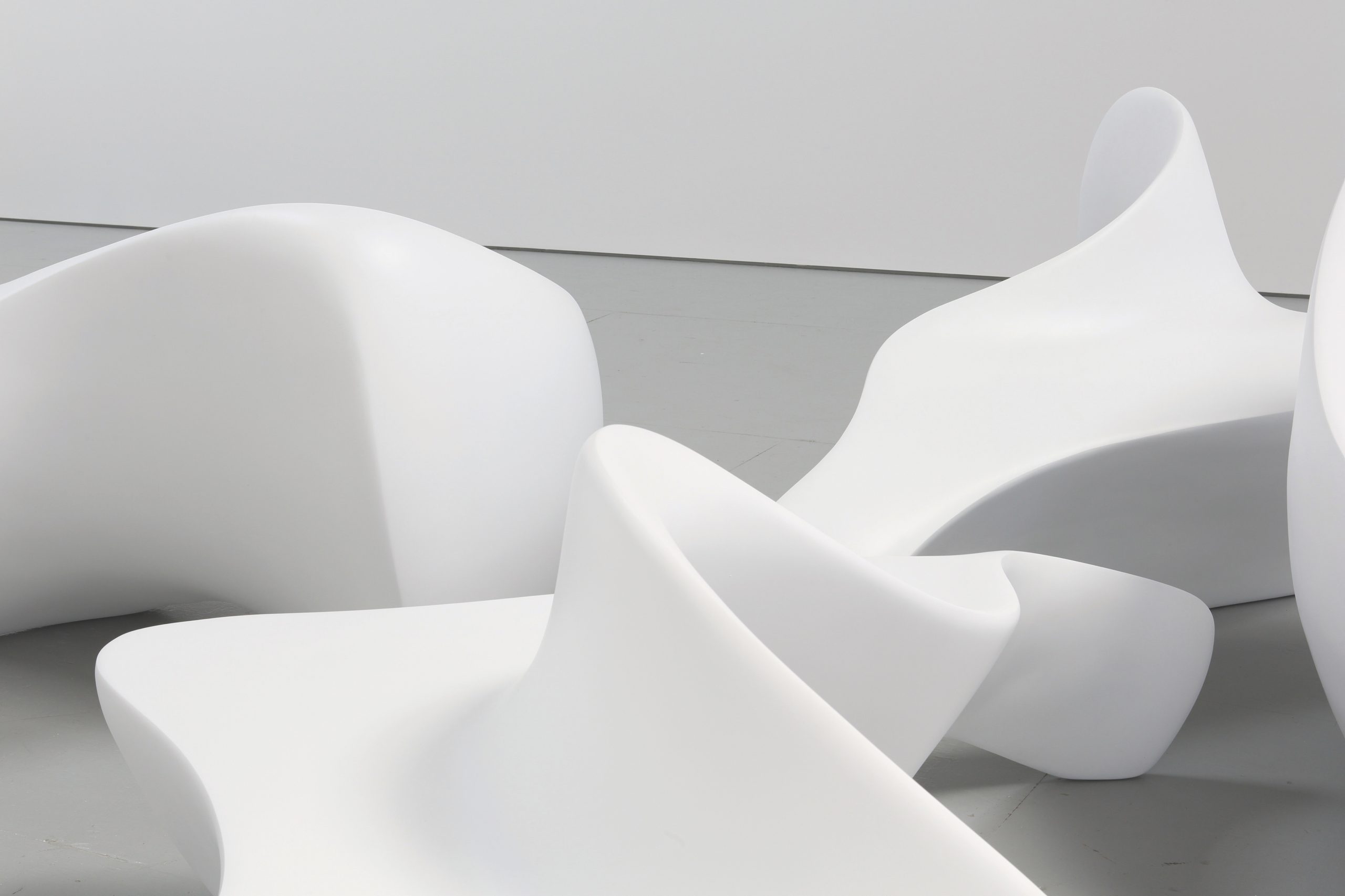 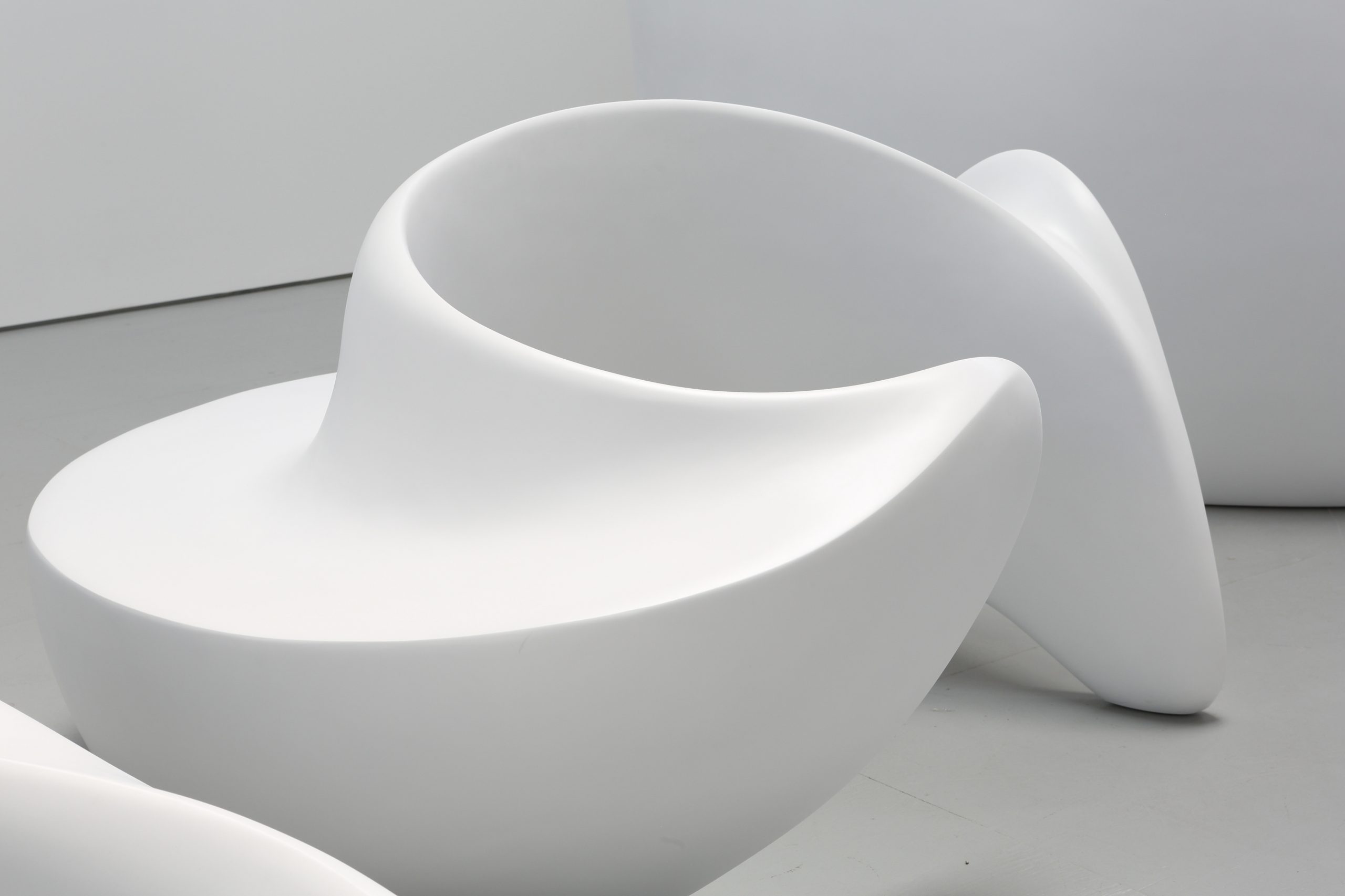 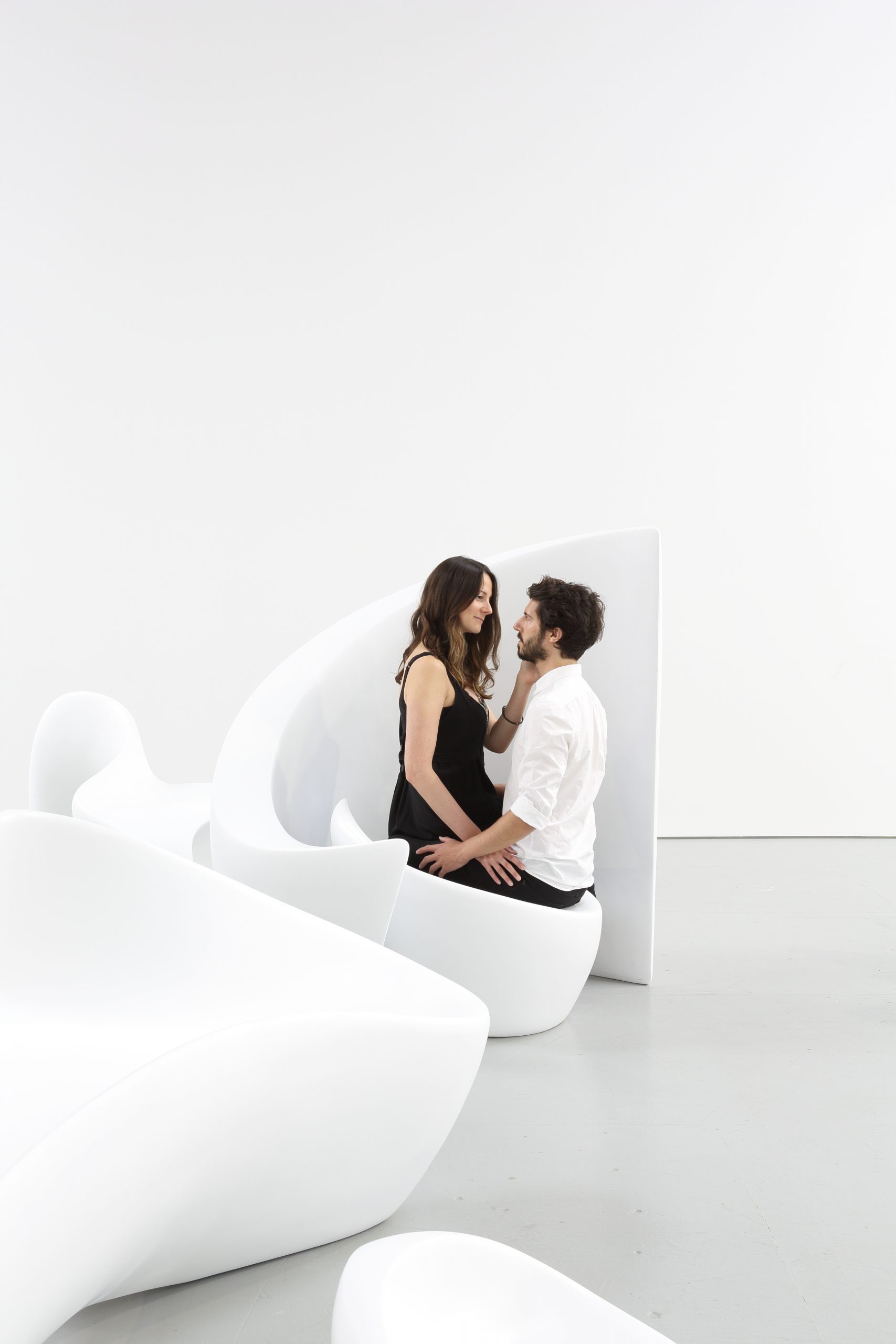 Entitled Let’s Sit and Talk, this hand-carved sculpture spells out its namesake in flowing Arabic script, while discretely doubling as a highly orchestrated seating arrangement. As the viewer moves around the piece, hiding places and vantage points for furtive observation reveal themselves. The letters have curves designed to cradle the human body while the forms themselves mimic those of a reclining figure. The inspiration is born from the script of my native language, Arabic, and the intricate patterns of the carved wooden screens used for privacy between the inside and outside world in traditional Arabic homes.

Khouri is a hands-on artist involved in making the work. She and collaborator Kenneth Clark carved EPS – expanded polystyrene – for six months to create the forms. Then, the forms were sprayed with resin and fiberglass four times. After each coat, they were sanded – a process that took a team of 12 three months to complete.