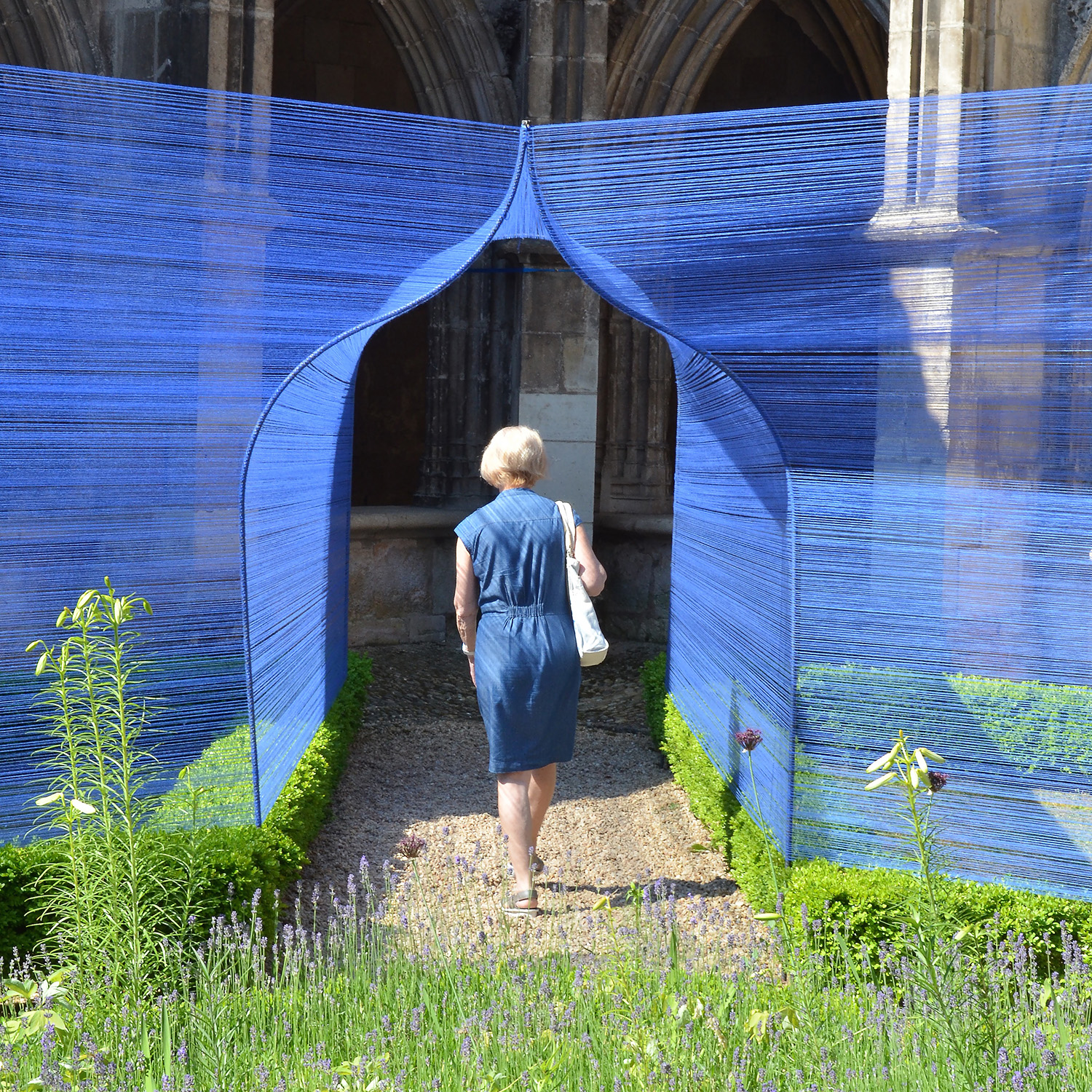 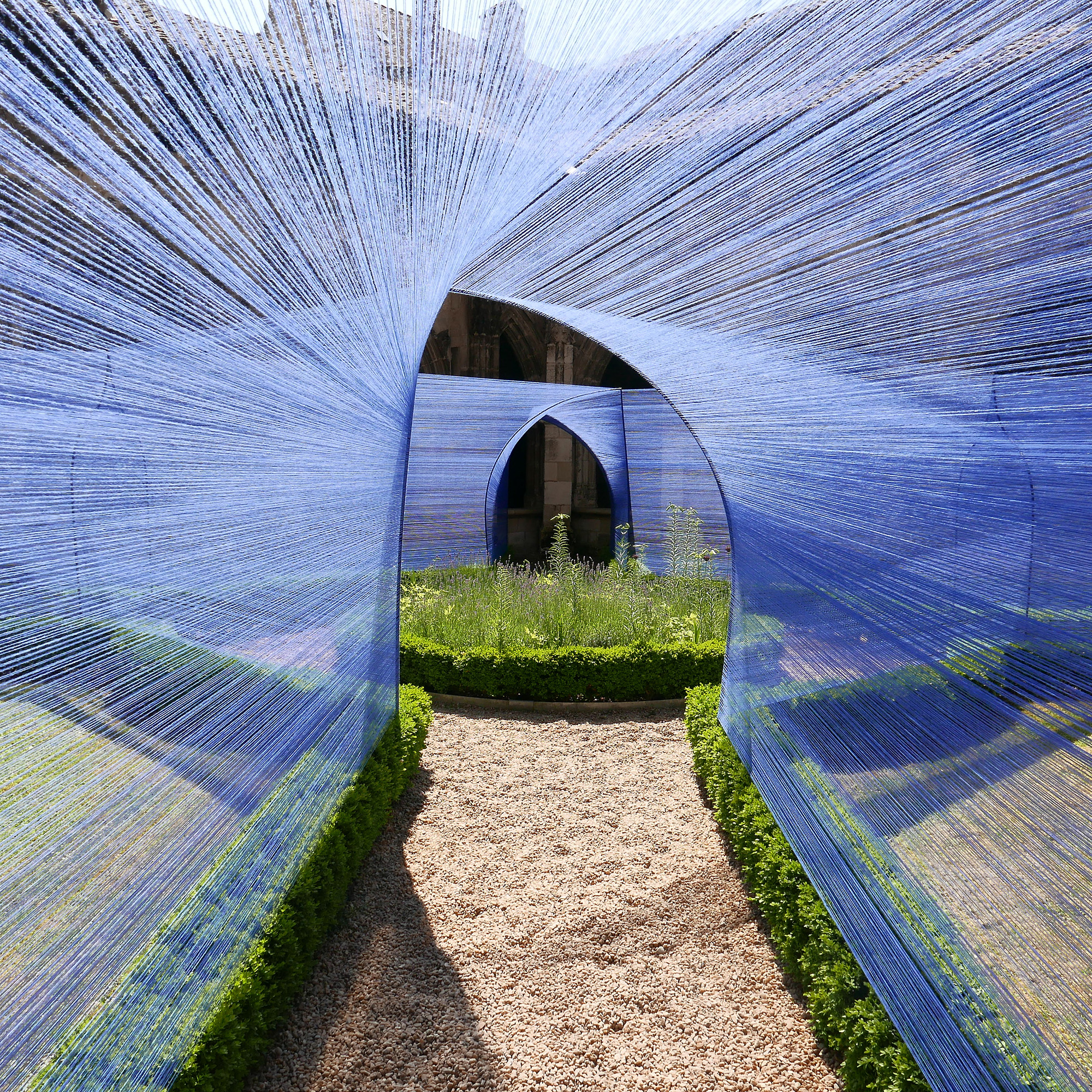 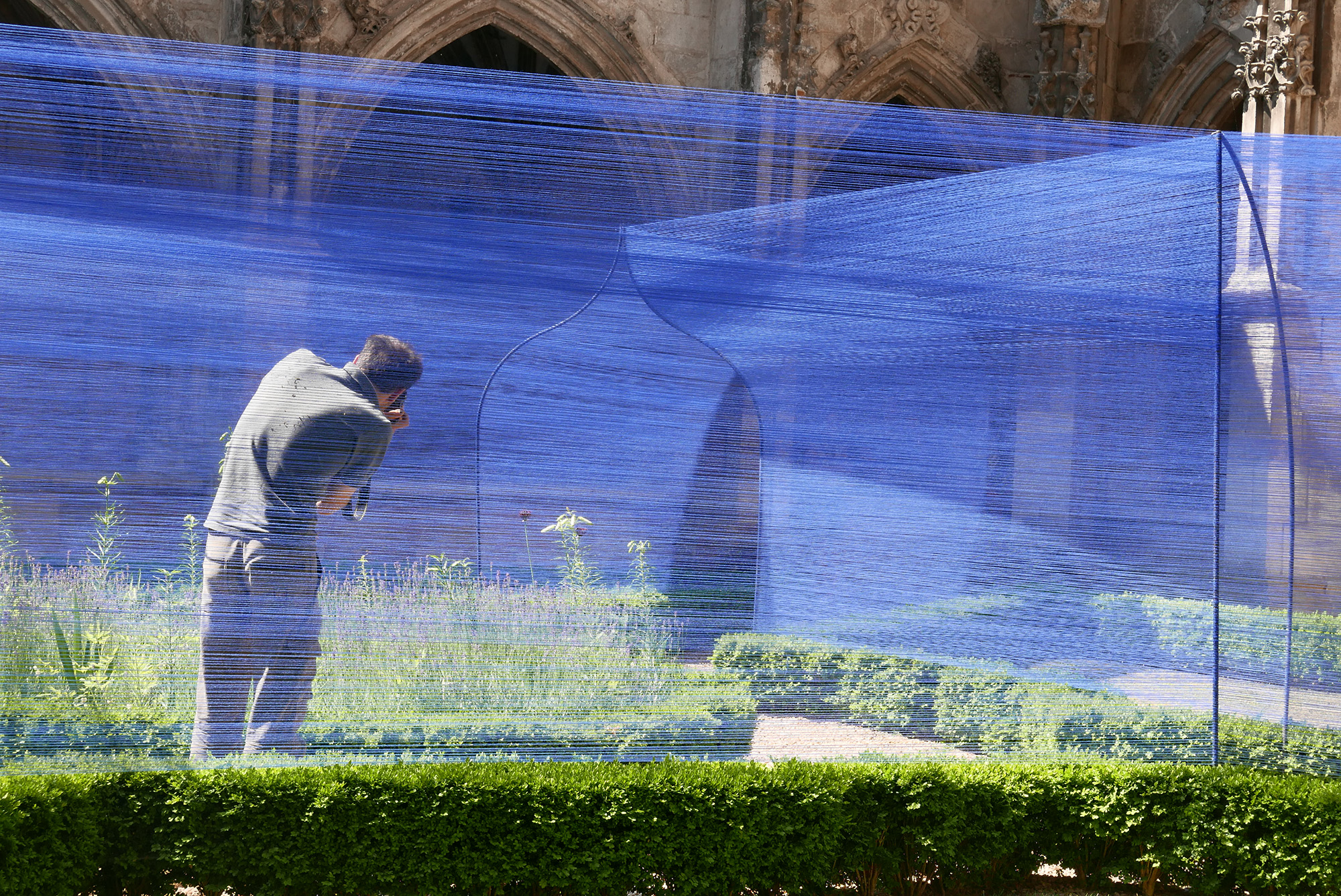 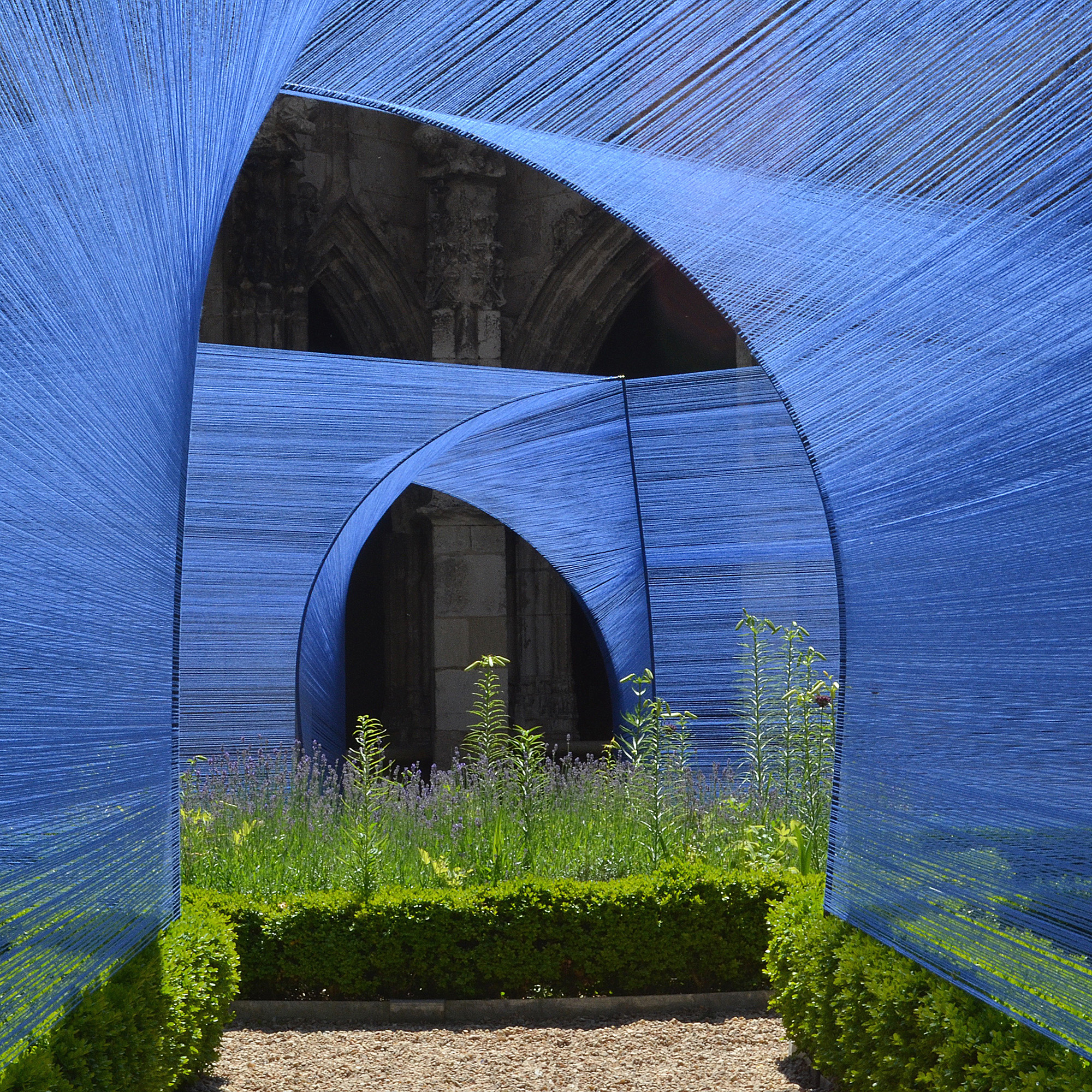 Set aside of its stone-build big sister, an enchanting garden deploys, extends and tends under the stroller’s curious eyes. The sacred architecture that faces it is convoked in its entire syncretic dimension. Arcs of all origins are linked to one another by a colorful woven structure that performs with light and mystery; hence revealing a light dematerialized architecture, that the stroller admires its variations while wandering in the vaults. By these suspended Ariadne’s threads, the stroller is guided towards the center of the lot, a secret cloister. The glance rests then rises.

The Shooting Vaults project is part of 3 winning entries for the 2015 competition with the “landscape” garden theme. It is built to last during the month of June in the cloister of St Stephen’s Cathedral in Cahors. We choose the cloister between the different given sites purposed by the festival for its strong architectural codes and its historical dimensions. The Vault concept has born a long time ago in the mind of Atelier YokYok but the plan of the installation has been adapted to the cloister paths.

Atelier YokYok has colaborated with Ulysse Lacoste on this project to realize it and design the structure. Ulysse Lacoste is a metal sculptor and his experience permit to build a part of the project (arcs) prefabricated at the workshop and the other part installed on site. The team had a lot of help to weave the wool during the installation with the intern and students of the festival's organisation. Between 6 and 10 people were always present during this last phase of the project. (3 days of weaving)

Made with the support of Linea piu for the wool.