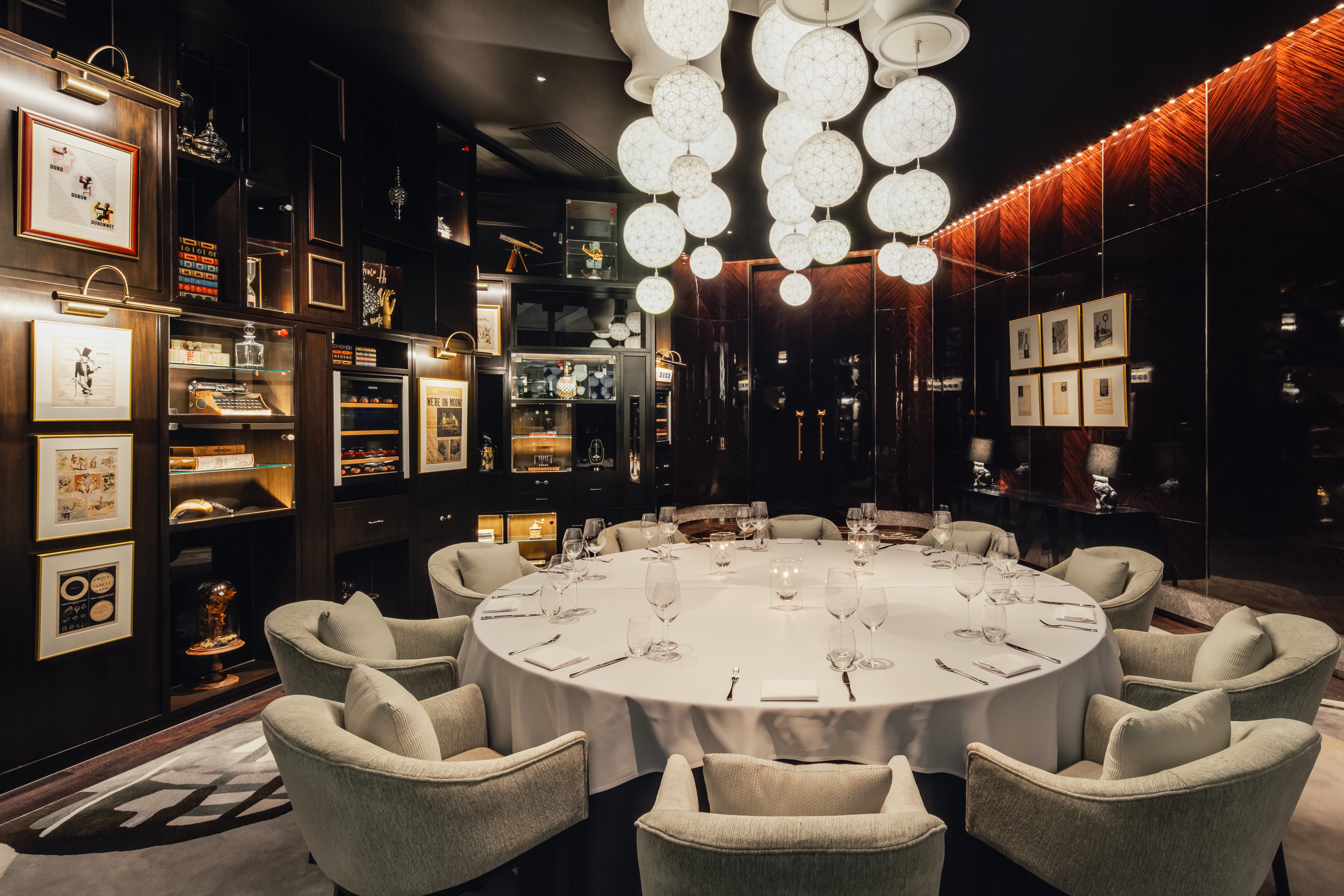 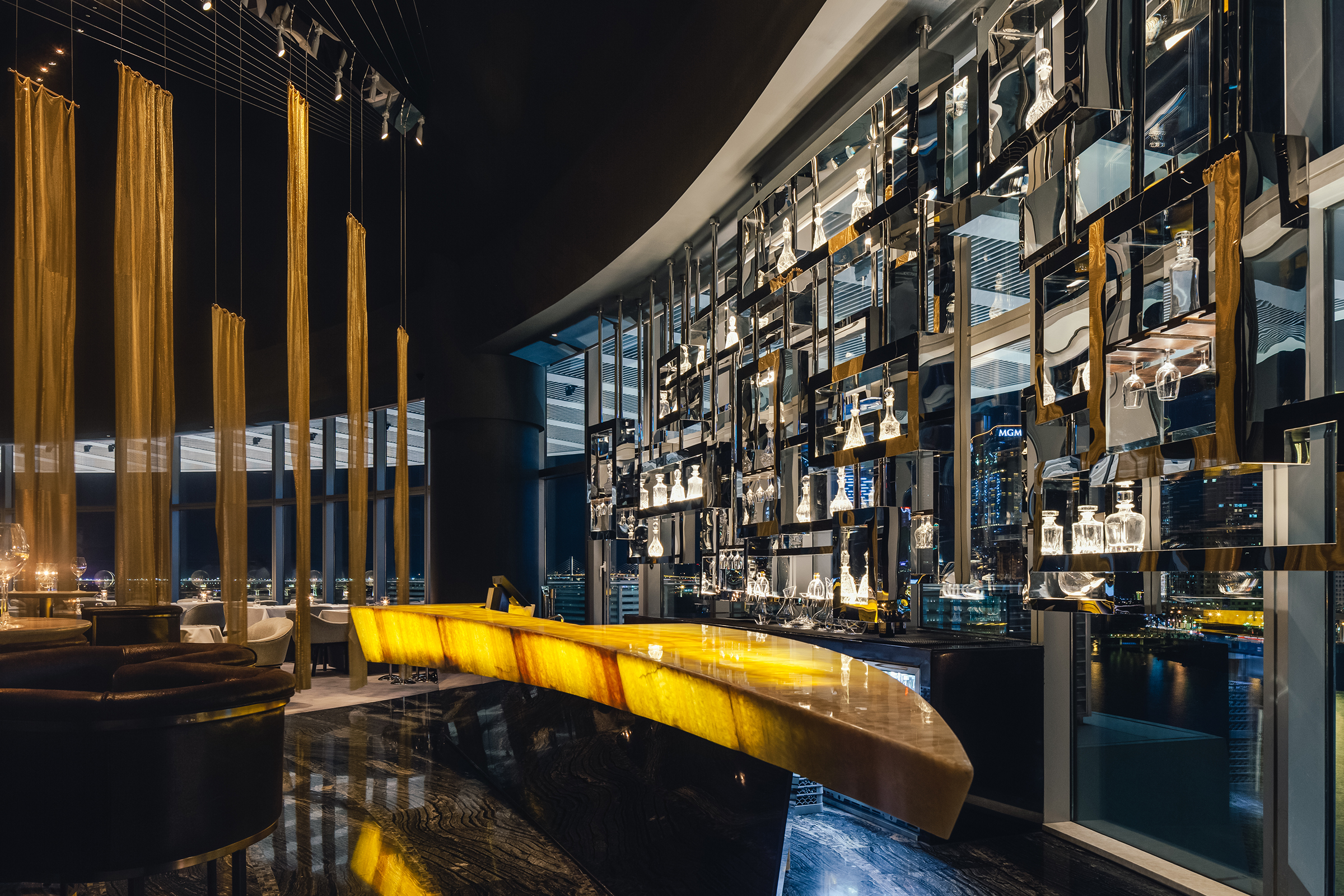 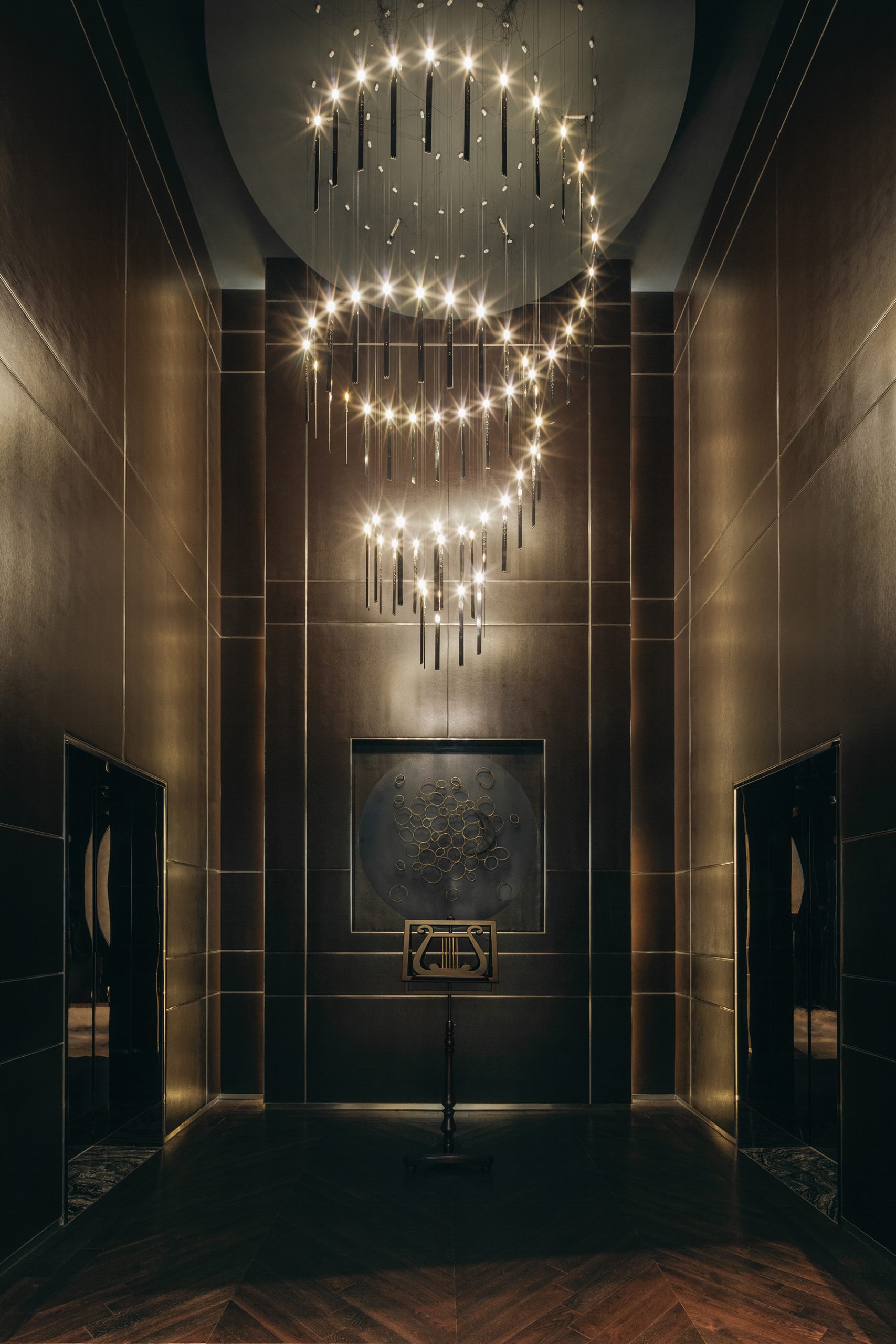 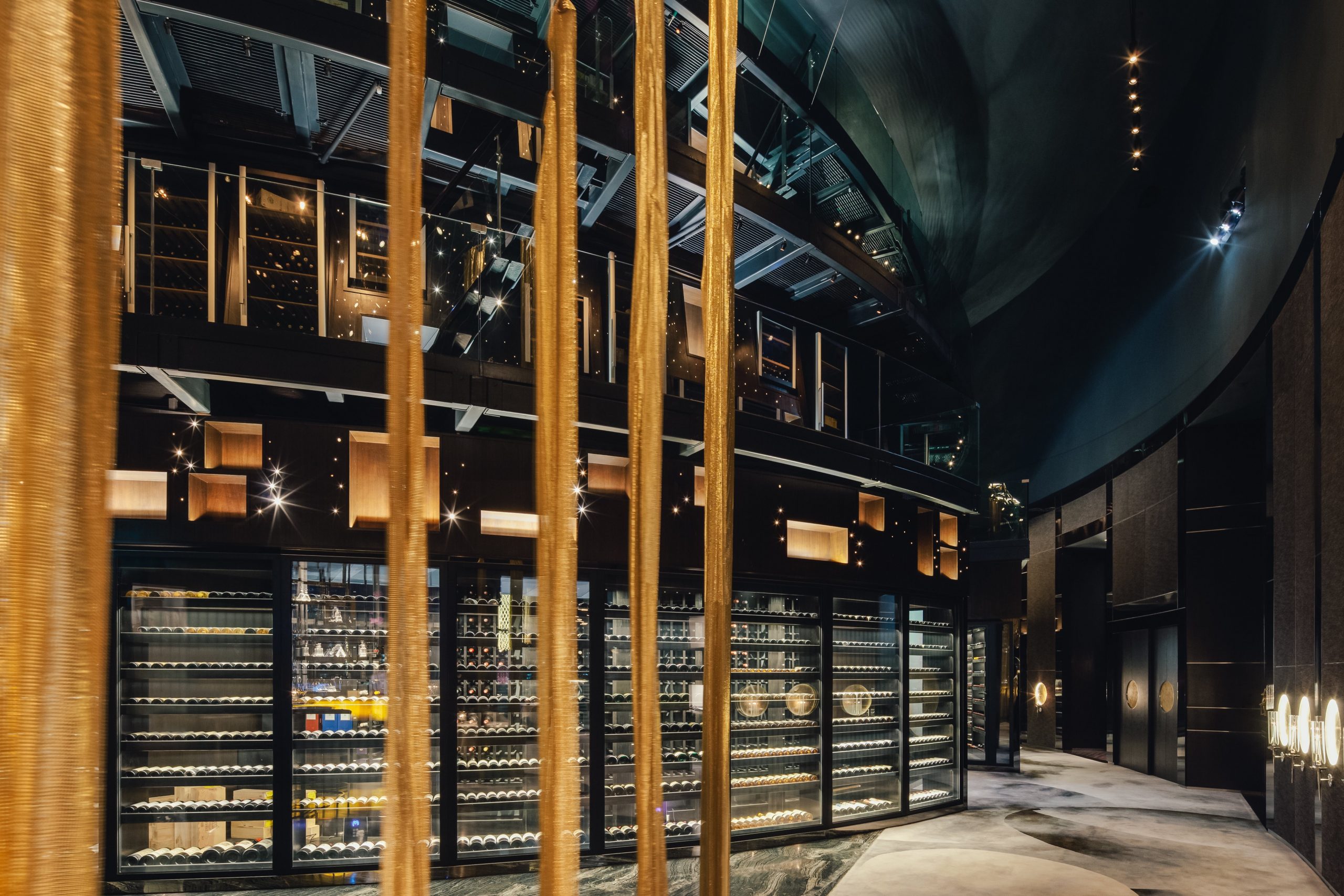 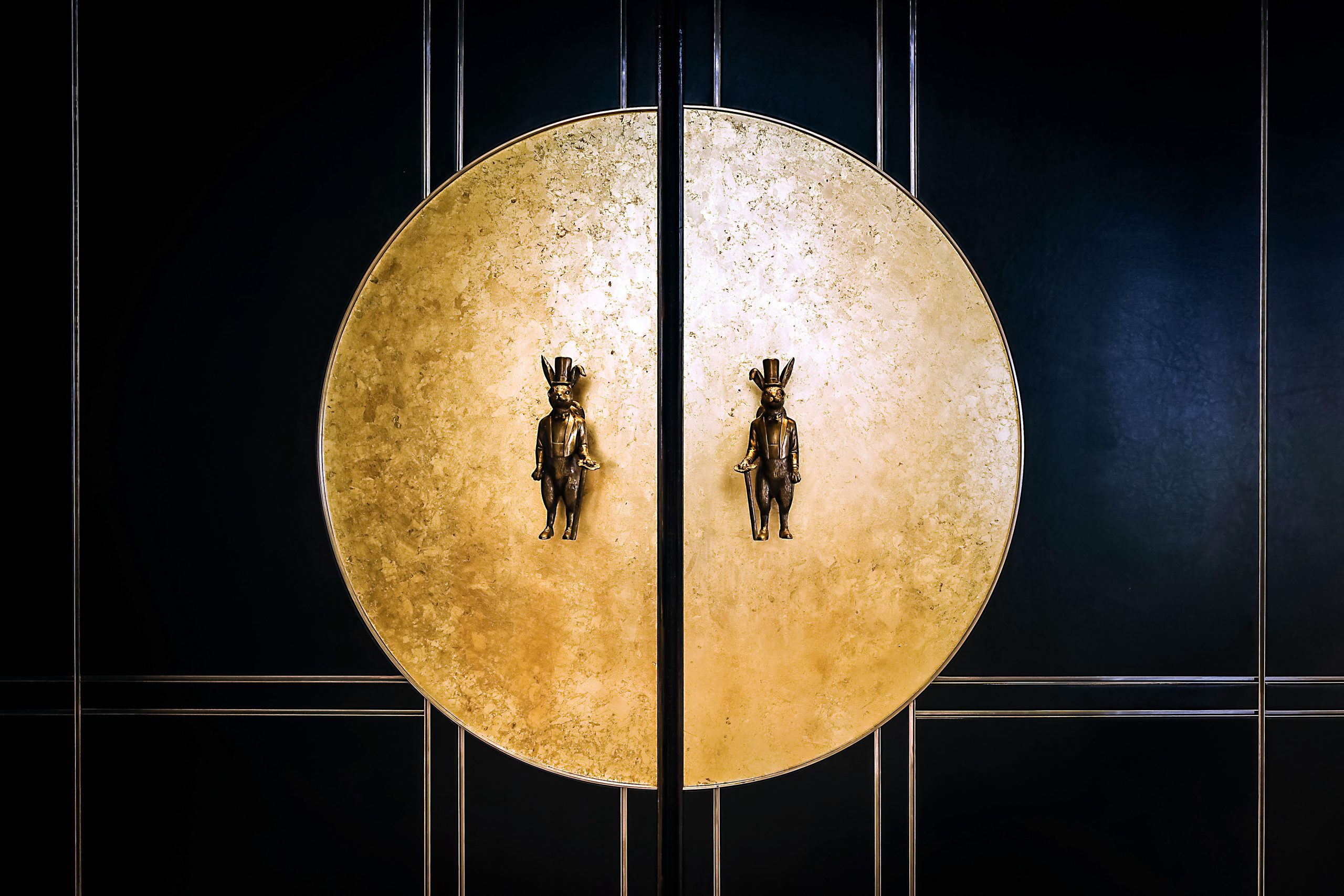 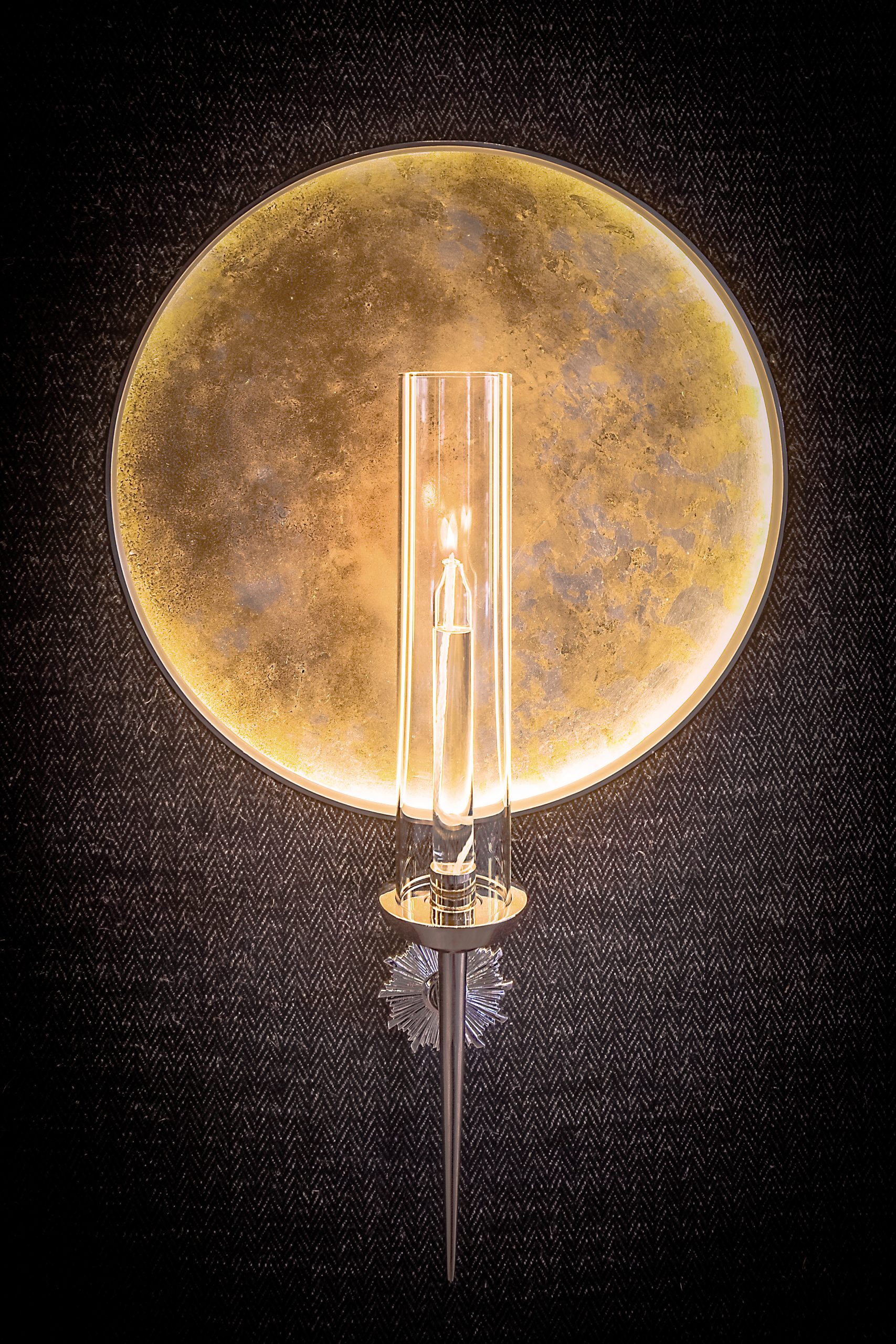 Located at the top of I.M. Pei’s Macau Science Center, stands Le Lapin – a modern, quirky French eatery designed by Wilson Associates. The interior includes a branding program that marries French and Chinese elements, blending the universal language of art, fable, poetry, and cuisine. The design of Le Lapin was inspired by the space’s circular shape, the owner’s Chinese zodiac sign (rabbit), and Macau’s status as an intersection between East and West. French lithograph characters Monsieur Rabbit and Mr. Fox are referenced throughout the restaurant.

The Wilson Associates team wanted to create a holistic package design, with the entire concept reflective of the client, Carson Lui’s, zodiac sign. Lui was born in the year of the rabbit, and the design team joined Jules Verne’s story of traveling to the moon and the beloved Chinese fairy tale of Jade the rabbit and the moon to create the design narrative. Le Lapin is laid out in a perfect circle - mimicking the shape of the moon, a theme heavily prevalent throughout. The characters appear in the artwork, branding elements and architectural fixes throughout the space. Described as an ‘art house’, dining in the space creates conversation, just like visiting an art exhibit.

Scattered on the walls of Le Lapin, are over 200 pieces of framed artwork. Many of the pieces were custom creations made by hand from old sheet music, newspaper clippings, encyclopedia pages and album covers. Graphic designer Holland Hames, painted the over-sized mural in the wine tasting room, gold-leafing the bottom portion of the quote, “Great wine requires a madman to grow the vine, a wise man to watch over it, lucid poet to make it, and a lover to drink it.”

The interior designers Dan Kwan and Christina Wang of Wilson Associates were challenged to connect the dots from the many storylines incorporated in the space to create a cohesive design narrative. The characters, Monsieur Rabbit, Mademoiselle Rabbit and Mr. Fox, created for this narrative, were woven into design elements around all areas of the restaurant and bar. Holland Hames, the Wilson Associates graphic designer on the project, developed the menu, logo, typography, signage, artwork and mural in the wine room - adding a unified visual language to the dining concept. A metal sculpture placed in the entryway was created by Hsaio-Ai Wang, a metal-based jewelry designer, sculptor and artist. The commissioned artwork pieces found in the private dining room spaces, were contributed by Illustrator Helen Ting.

Within Le Lapin stands a 16 meter high “wine wall” — the heart and soul of the venue. The three levels of catwalks and various LED/fiber optic starlight elements that act as stars in the sky and a piece of art on its own. The wine tasting room is a double-height space with a floor-to-ceiling collection of books, thematic artwork. Controversial artwork is also displayed on the carpets in the private dining rooms, inspired by the poetry of French novelist Jules Verne and Chinese poet, Su Shi.