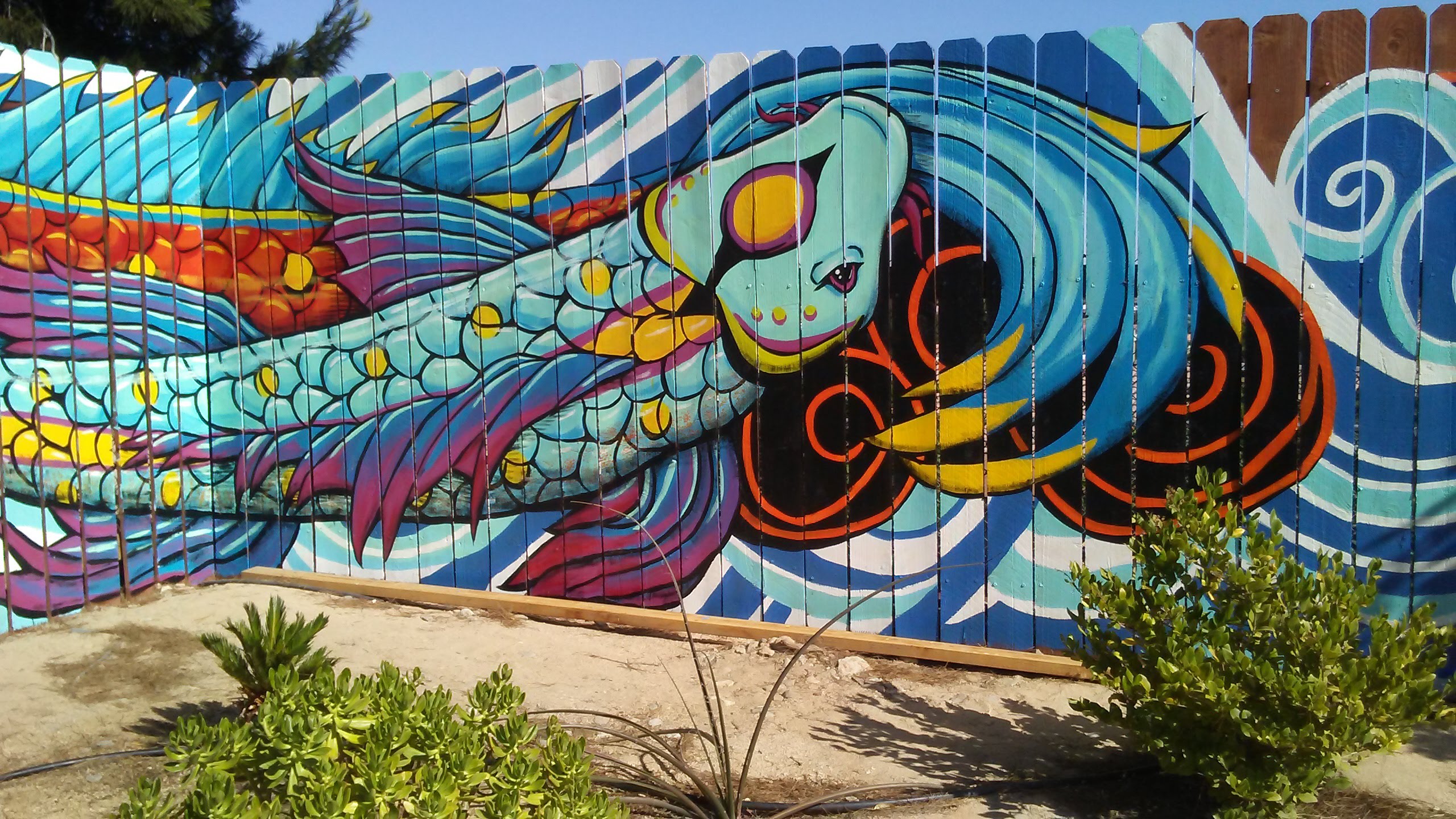 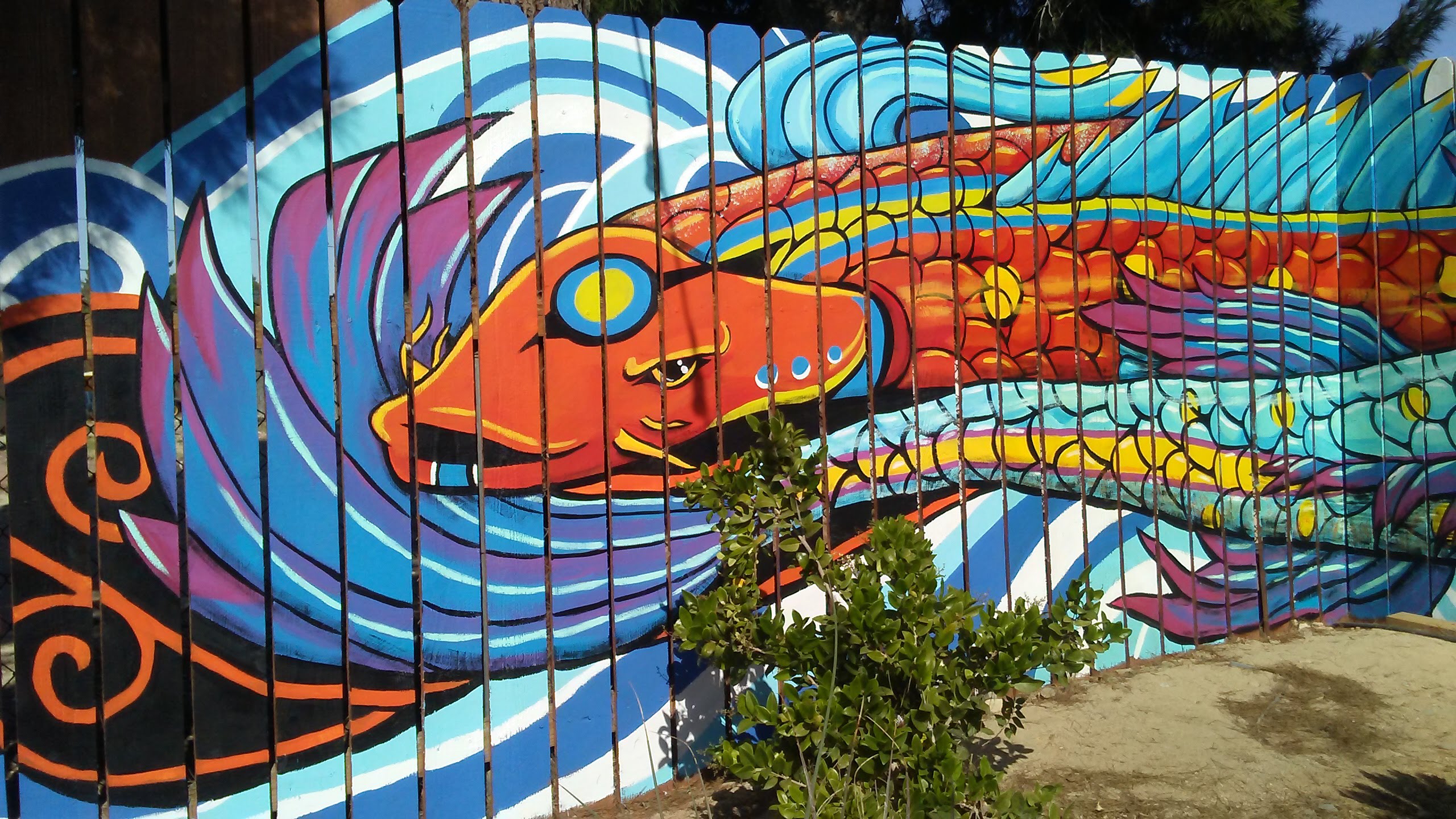 Colorful fence mural that extends 24ft x 6ft. Latex paint on wood and protected by a clear coat. This project was brought upon by my brother who wanted my artwork on his fence so that he can thoroughly enjoy his backyard after long hours of work. This was my first mural at this size, and it allowed me to cross the mural artists threshold into the world that challenges me as an artist both mentally and physically.

For this project for my brother, I wanted the theme to reflect my brother’s journey that he experienced at this point. He worked very hard for what he has for himself and his kids including the house he owns that now bears the Koi Mural. I knew I wanted two fish in a kind of ying-yang effect. The fish would be swimming in different directions among themselves. Koi fish represent many things; one that sticks with me the most is conquering and rising through struggle. In legend it is said that the koi fish would swim upstream and only to emerge as a dragon at the end of its journey. Behind the fish, I incorporated spinning waves to create flow and to bring in the concept of the koi swimming against powerful waves.

To create an engaging backyard experience.