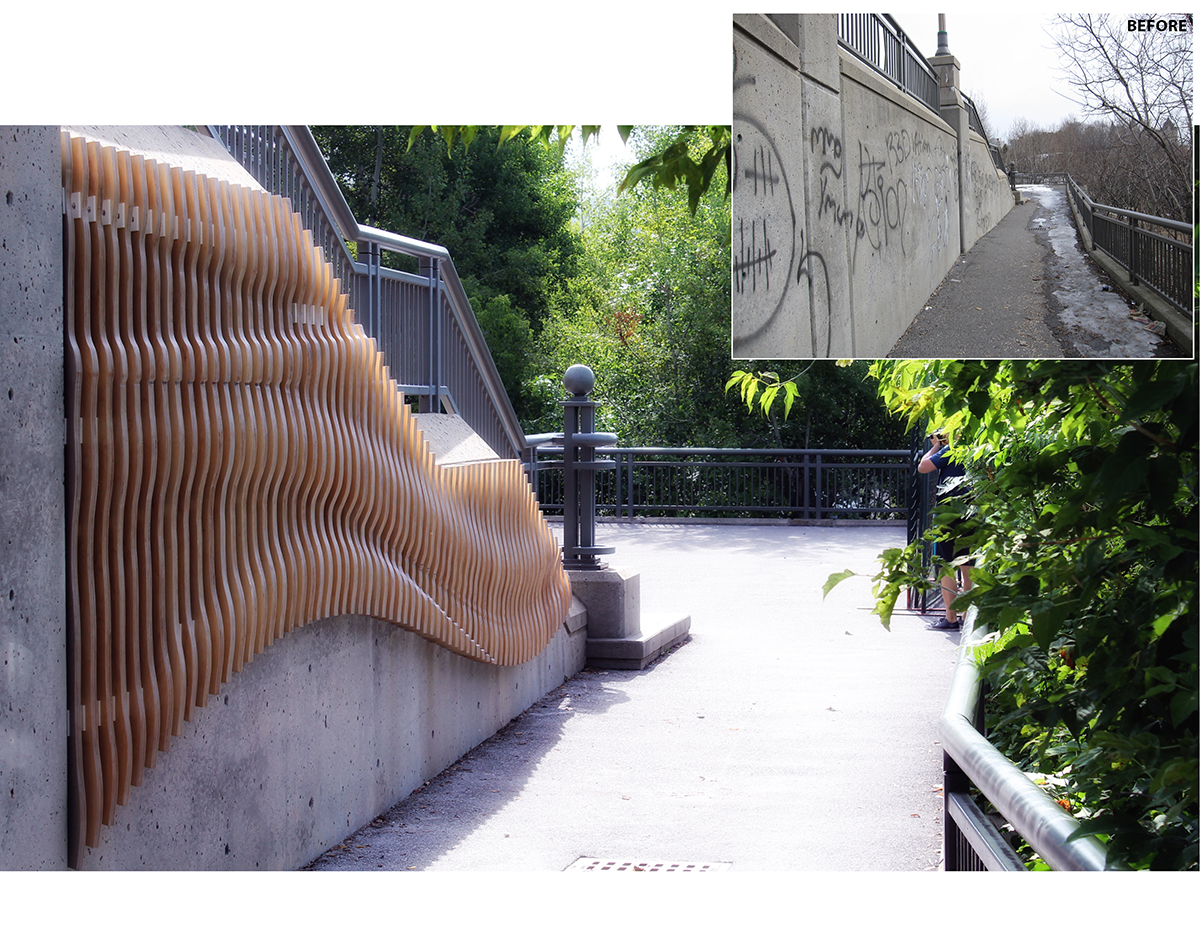 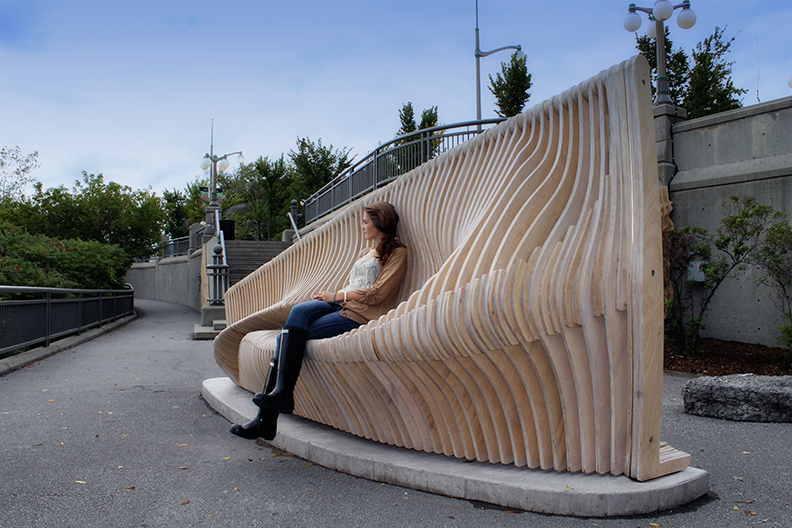 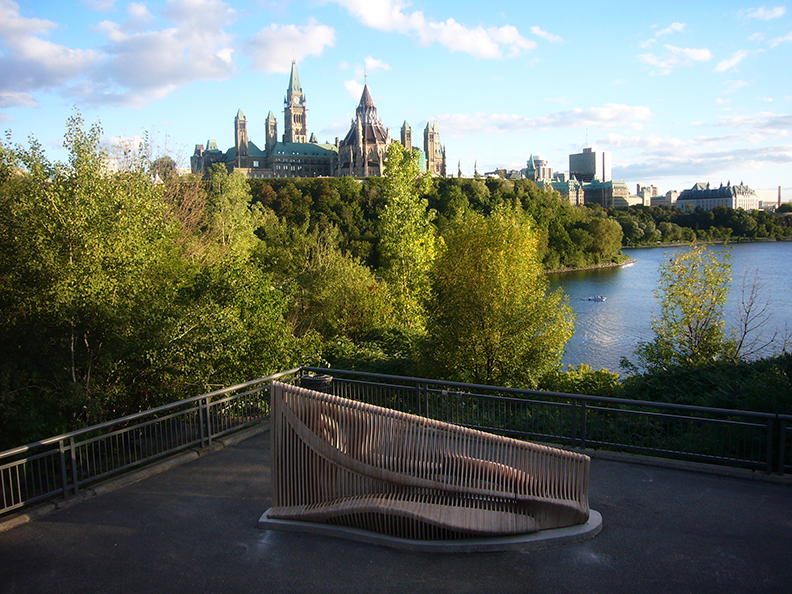 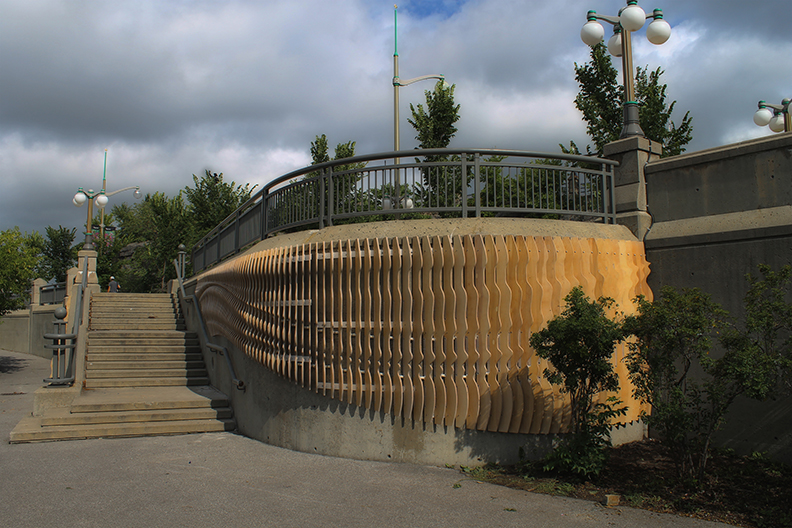 Jetée is a responsive sculpture made of natural wood that gives striking character to the urban space while providing a warm, calming background to the scenic surroundings. The space is filled with a series of wood surfaces that wrap walls, seating and shading into a cohesive curvilinear expression in which shape and structure are formed from the same surface. Inspired by the flow of water and the movement of people, the fluid wall and seating elements provide an area where visitors can rest and soak up the beautiful panoramic views of the Ottawa.

Jetée, Studio Kimiis’ most recent public art installation, is an expression of context through awareness. This project is part of an ongoing public art program sponsored and organized by the Ottawa-based National Capital Commission (NCC). The setting for this temporary public structure is a prominent yet underutilized and problematic site along the vegetated walkway that runs parallel to the Alexandra Bridge in Ottawa. Despite the beautiful panoramic views of Ottawa, this public rest area was often vandalized and became a gathering space for many drug addicts with numerous needles found daily on site.

The goal of this art project was to reclaim this public space, to make it appealing to families, children and overall public. During the day, shadows dance across the slices of the curvilinear forms to give shape and depth to the site. In the evening as daylight falls and as visitors pass through the space, LEDs embedded in the wood surfaces swell in a crescendo, their rhythm echoing the flowing river water below and the movement of people above. The art work has been overwhelmingly positive. Since the installation, there has been no sign of vandalism and almost a total reduction of needles on site.

This artwork is part of an ongoing public art program sponsored and organized by the Ottawa-based National Capital Commission (NCC). The collaboration between artist and government client led to a harmonious relationship which was an essentially and contributing factor to the success of this project.

Economic factors coupled with a compacted project schedule compelled us to quickly determine the most efficient path of production right from design through to delivery. The decision to restrict the design and construction to planar sheet goods had a liberating effect: contouring (or slicing) the stretched surfaces into a series of structural ribs allowed us to ‘breathe’ open the public space, allowing for constant visual connection but also providing a measure of privacy and protection from the sun. Advanced ‘nesting’ techniques allowed us to rework our design on the fly to achieve the most efficient material usage.