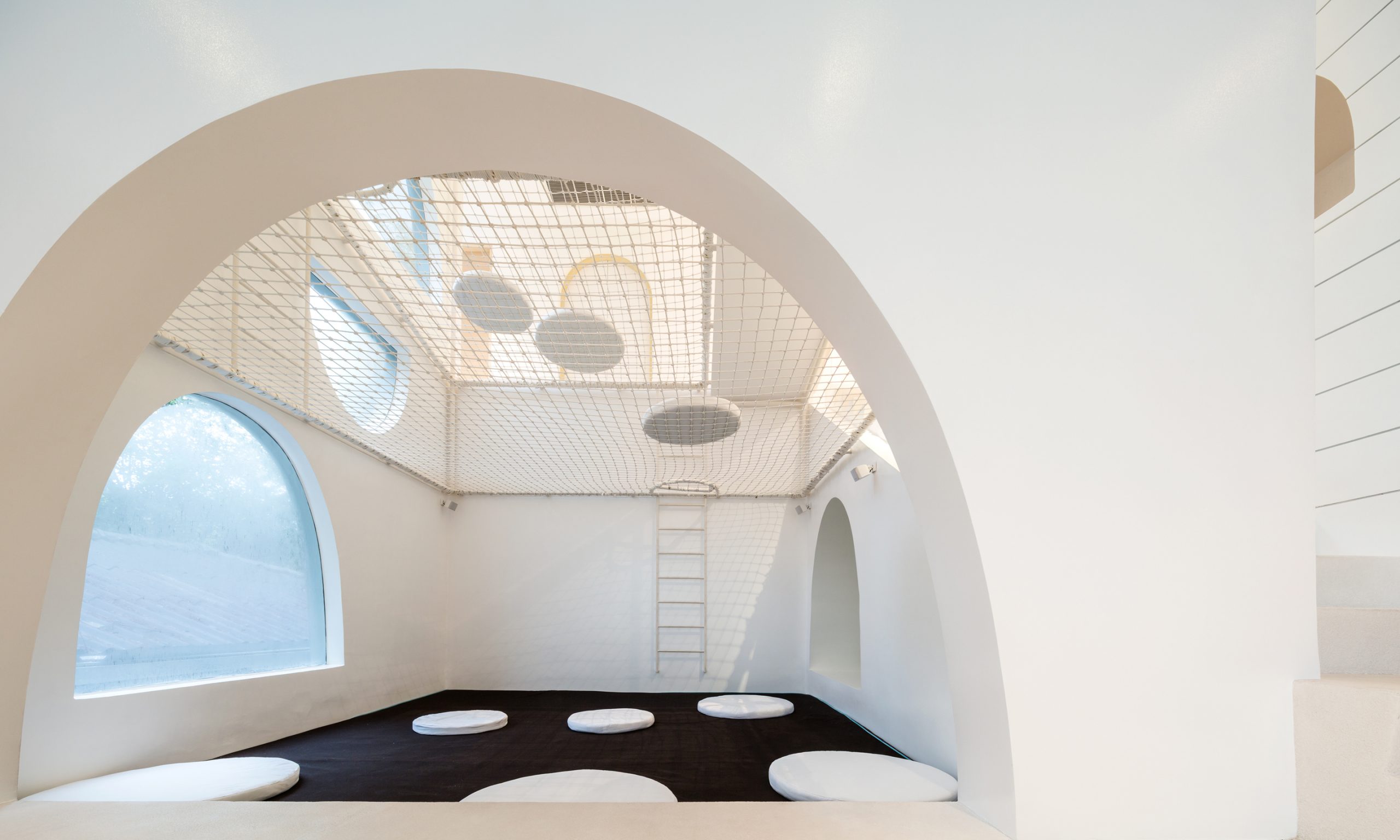 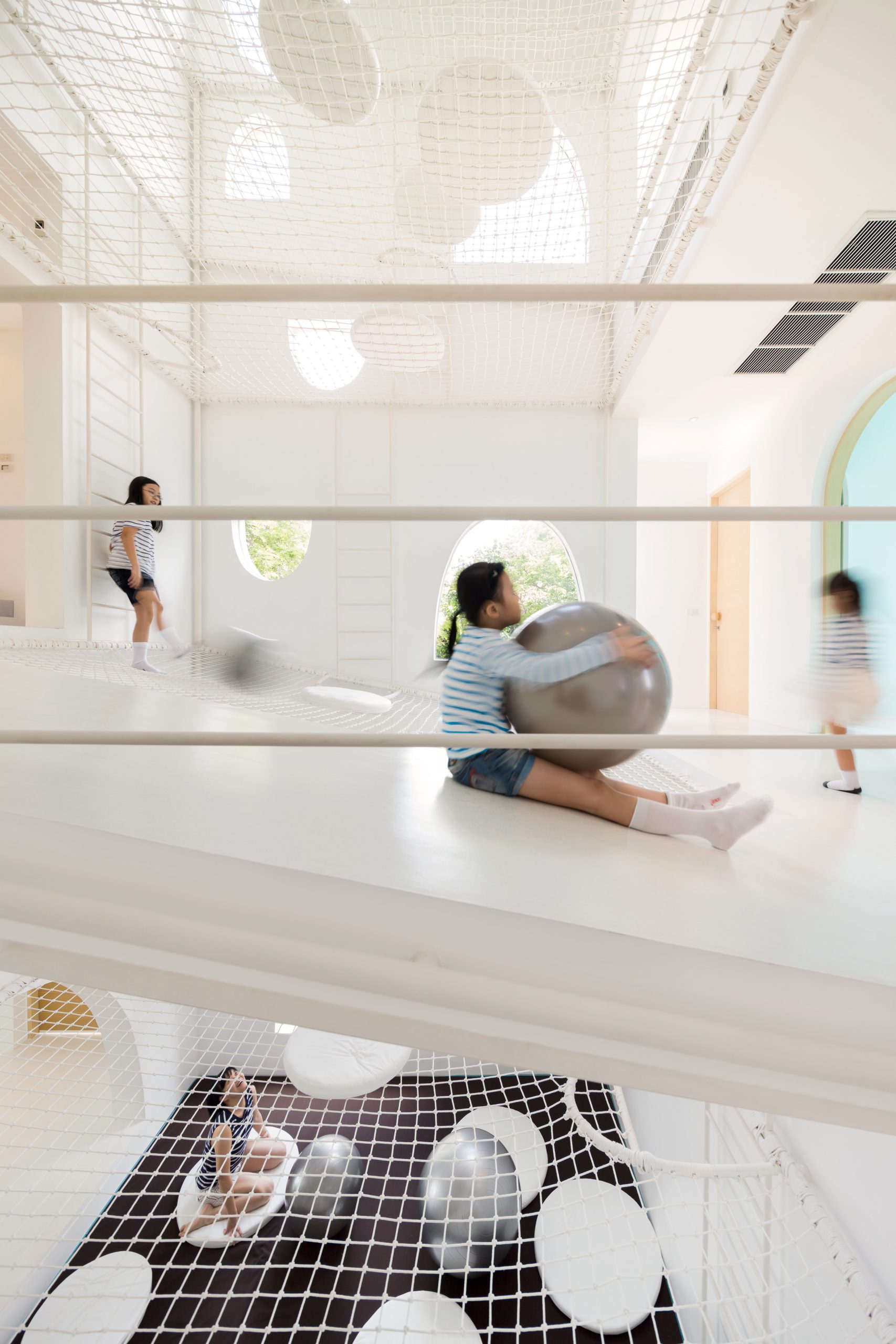 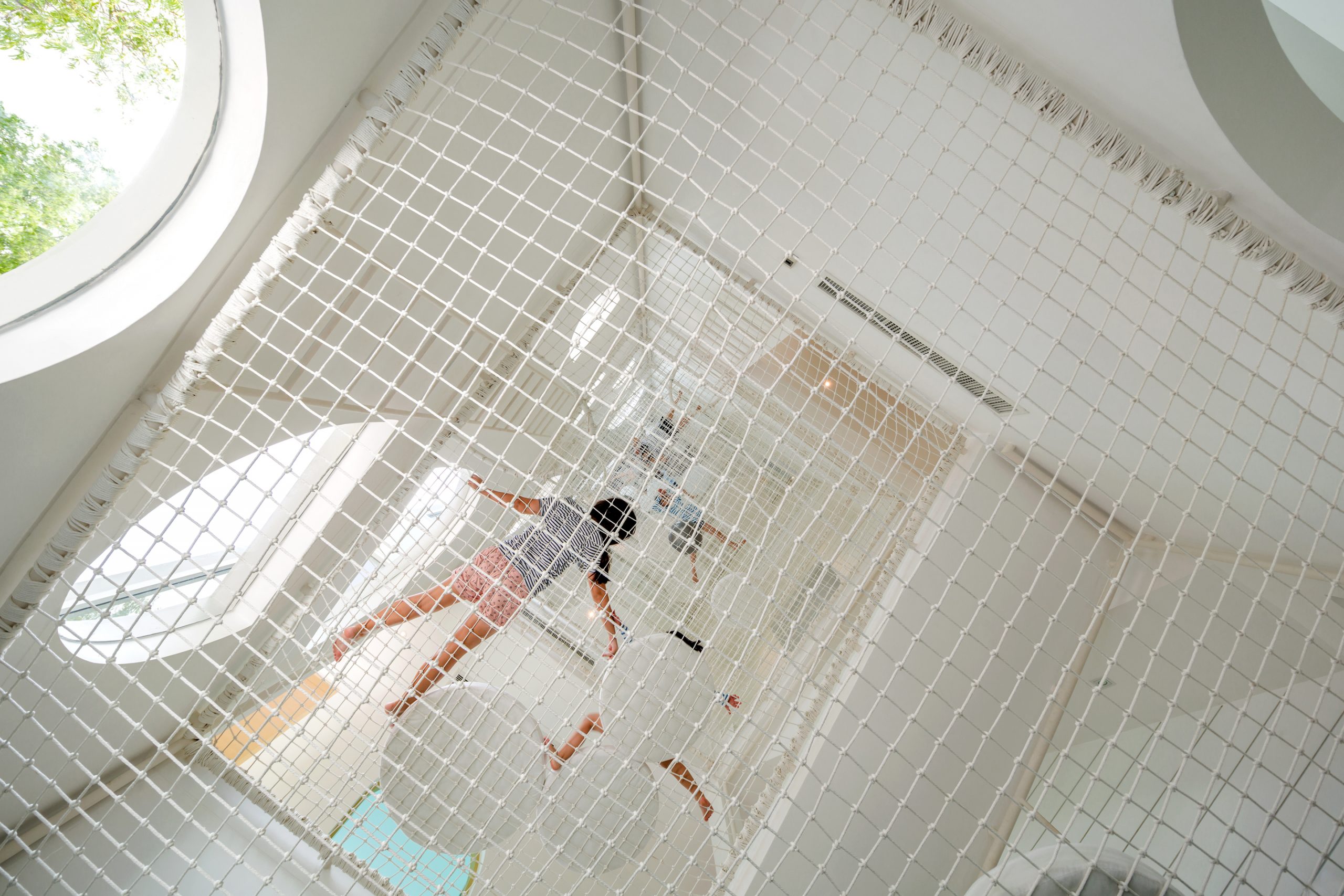 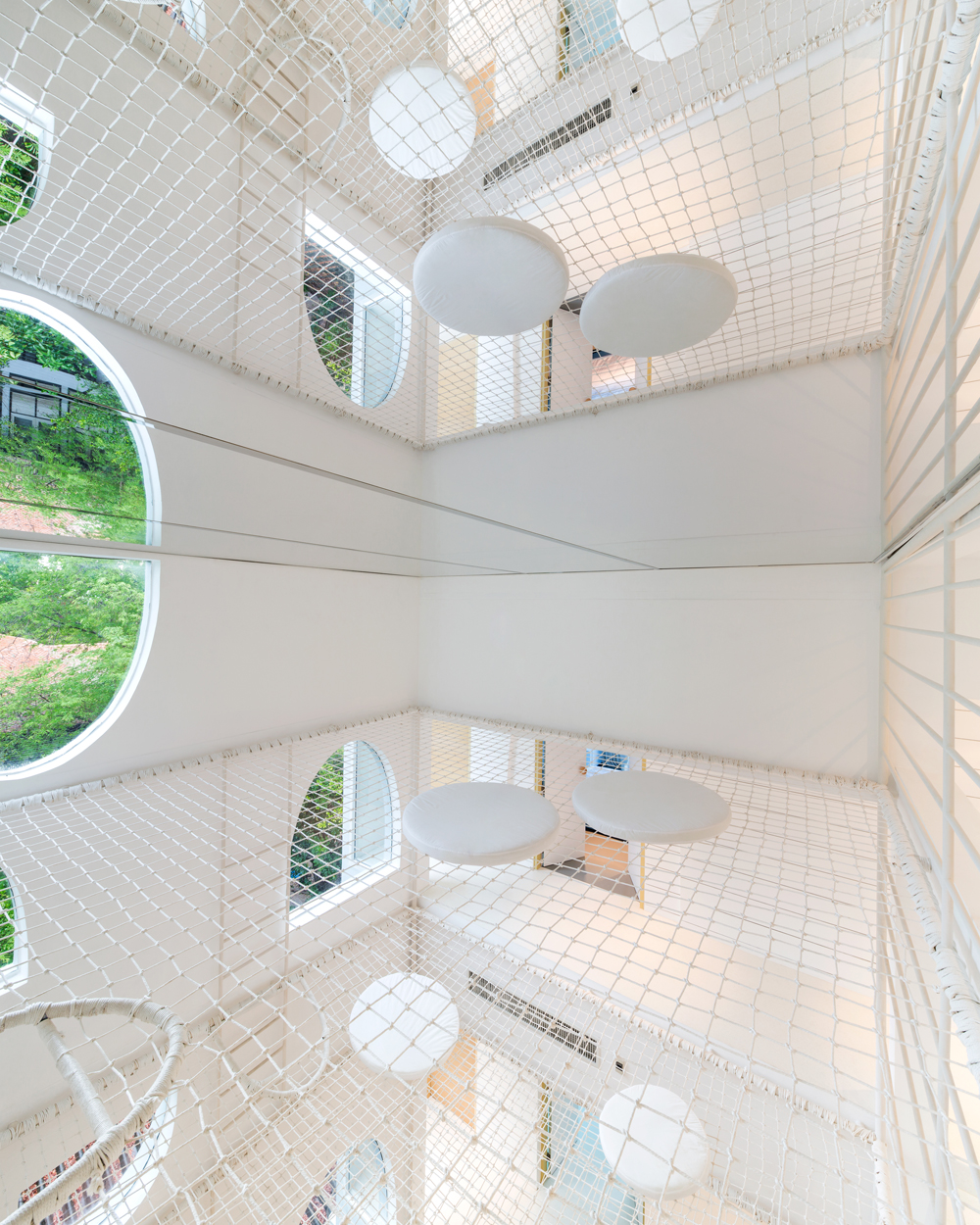 Jerry House is the holiday home at Cha Am Beach of Mr. and Mrs. Sahawat who have four sons. In 2011, they asked Onion to turn their seaside house that was then under construction into the gathering place for the Family’s members and friends. The requirement is to create a holiday home that behaves unlike a typical house, where minimal circulation is the norm, but rather like a playground where members of the Family are encouraged to play in such a way that none of their domestic spaces in Bangkok would enable them to.

Running, climbing, hiding, hanging and even falling are the proposed physical activities which exceed the boundary of common lifestyle. This is why Onion bases this interior design project on an American animated series of short films created in 1940, ‘Tom and Jerry’. If the house of Jerry Mouse were built, it might appear like a big piece of cheese in which the Möbius strip would be a desirable route for Jerry to run away from Tom Cat. Jerry House is thought of as the object that children would yearn for and that increases the meaning of having a holiday at Cha Am Beach for the parents.

Central to Onion’s concern is the linkage of passageways. Onion adds an extra set of vertical circulations at the central hallway to the existing staircases and ramps. This space is now called the ‘main living hall’. Onion uses the customised nets to build five layers of horizontal planes of different slopes, heights and sizes. They act almost like the extension of floors within this three-storey high living hall. Each layer of nets has a hole and each hole is set in different locations. Children and adults can climb up the metal ladders from the ground floor to one of the son’s bedrooms on the third floor. Jumping out of bed and falling down the holes here are safe because the players will be protected by the lower layers of nets. Hanging on to the nets is another technique of playing. The players can grasp parts of the nets that are slanting down to fit their heights. When looking upward, the mirrored film attached to the ceiling gives the illusions that the players are floating in the air and that the overlapping layers of net are higher than they actually are.

The Sahawat Family stayed in Jerry House for the first time during the New Year holiday of 2014. Everyone including the grandmother spent most of their time together in the main living hall. It became the most utilised and liveliest space of Jerry House. At dawn, Mr. and Mrs.Sahawat found out that their sons did not sleep in the bedrooms but indeed they brought the pillows and the duvets to sleep inside the nets. Jerry House makes sleeping in the air possible.