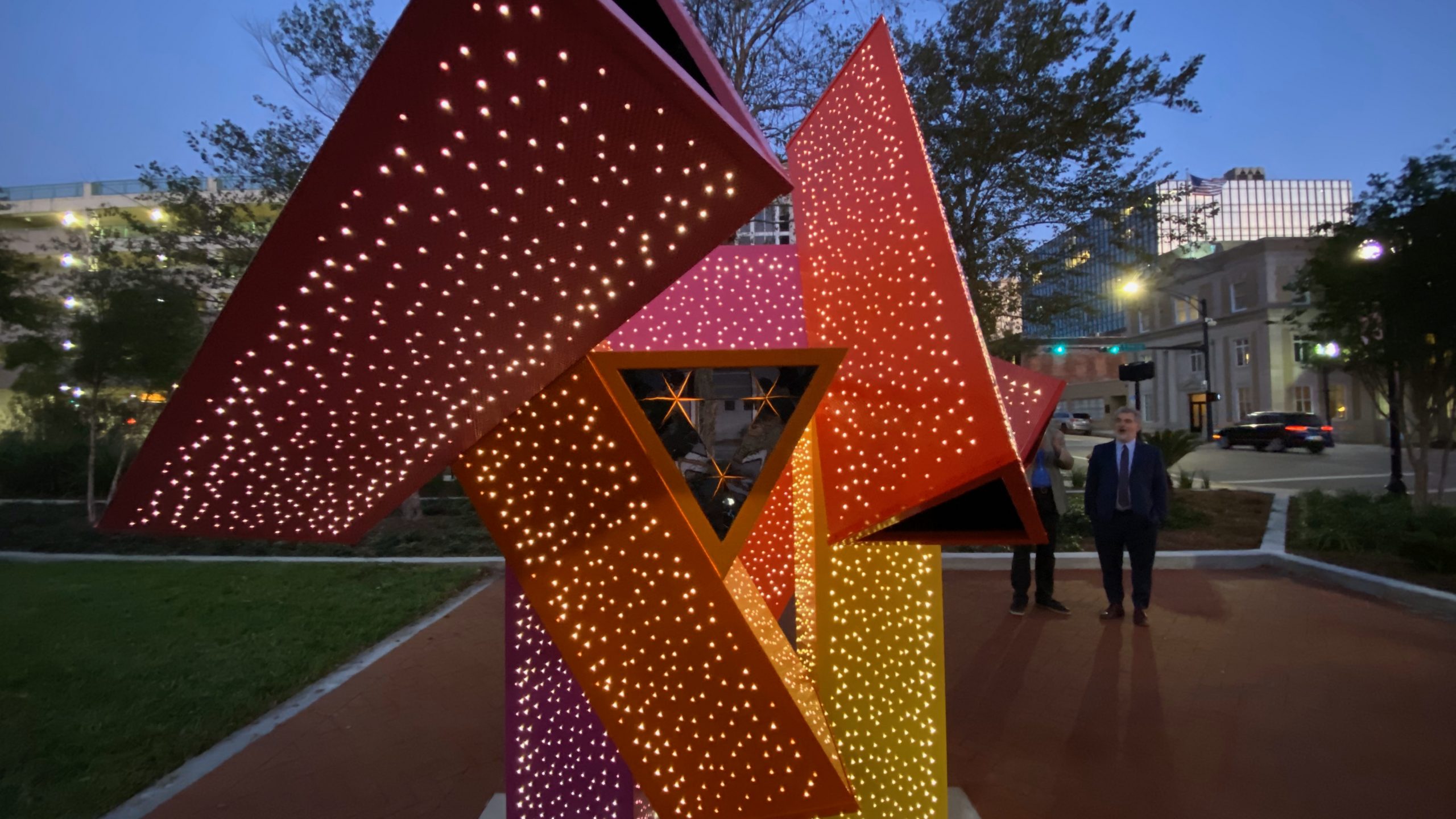 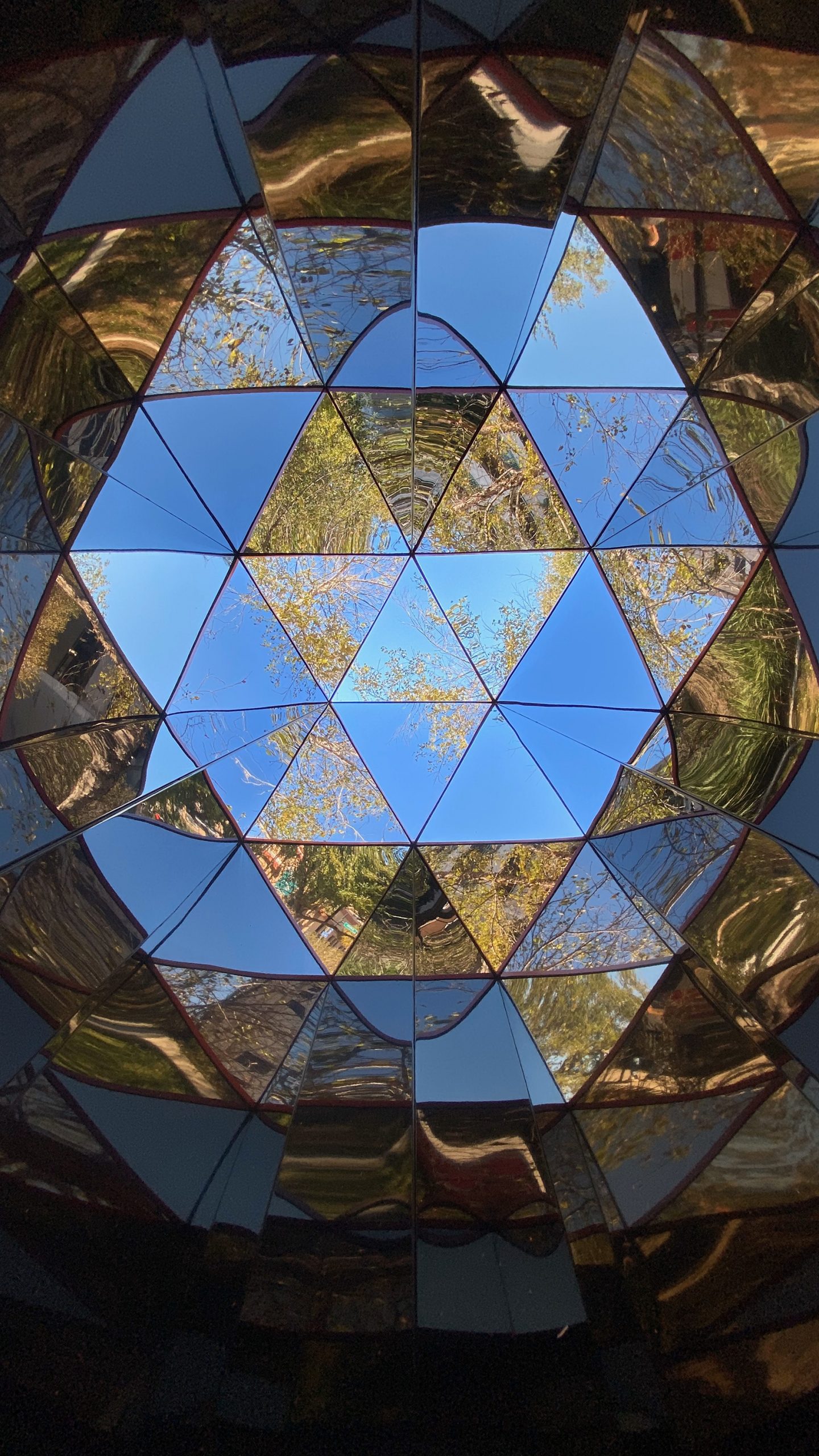 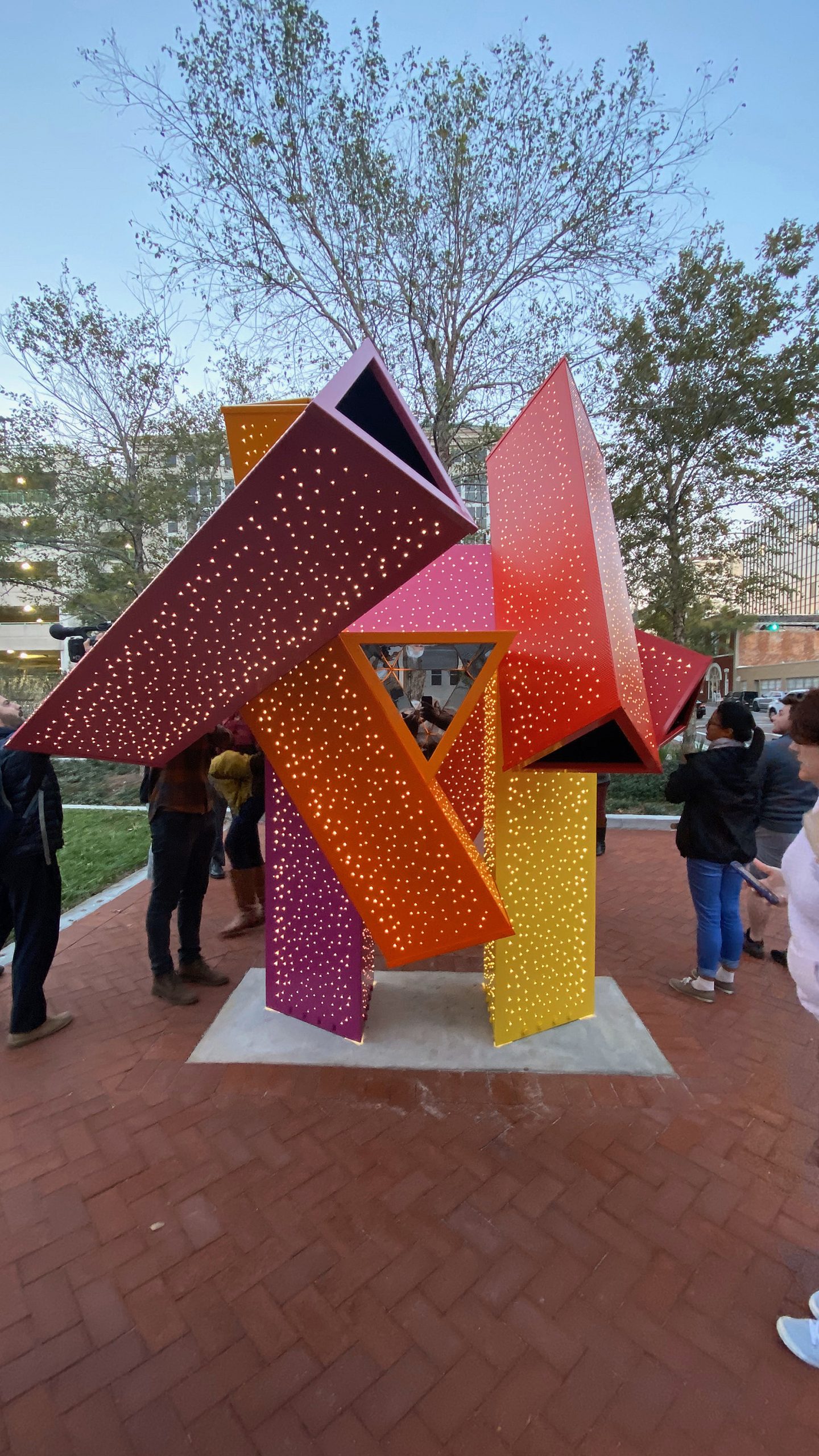 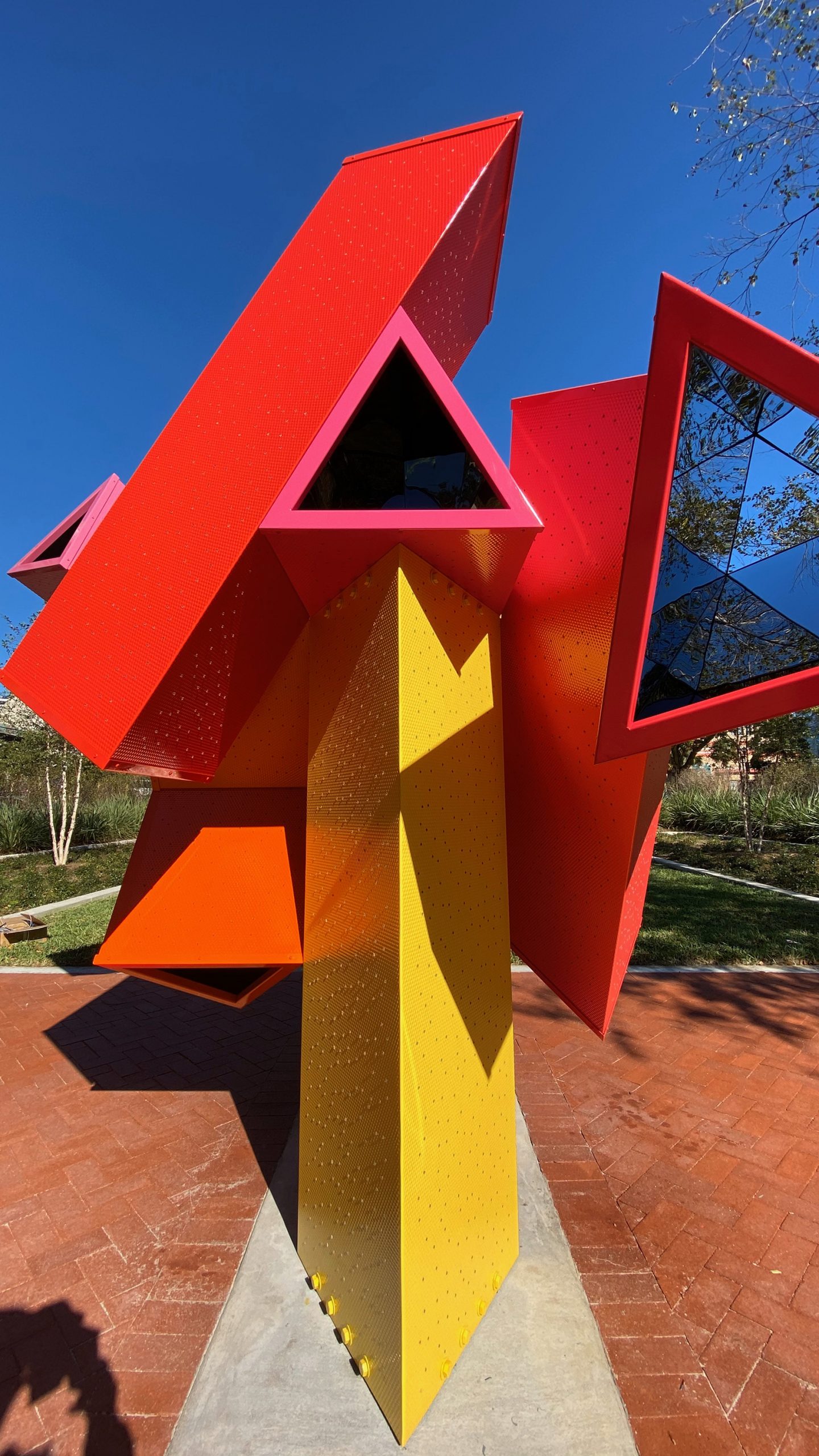 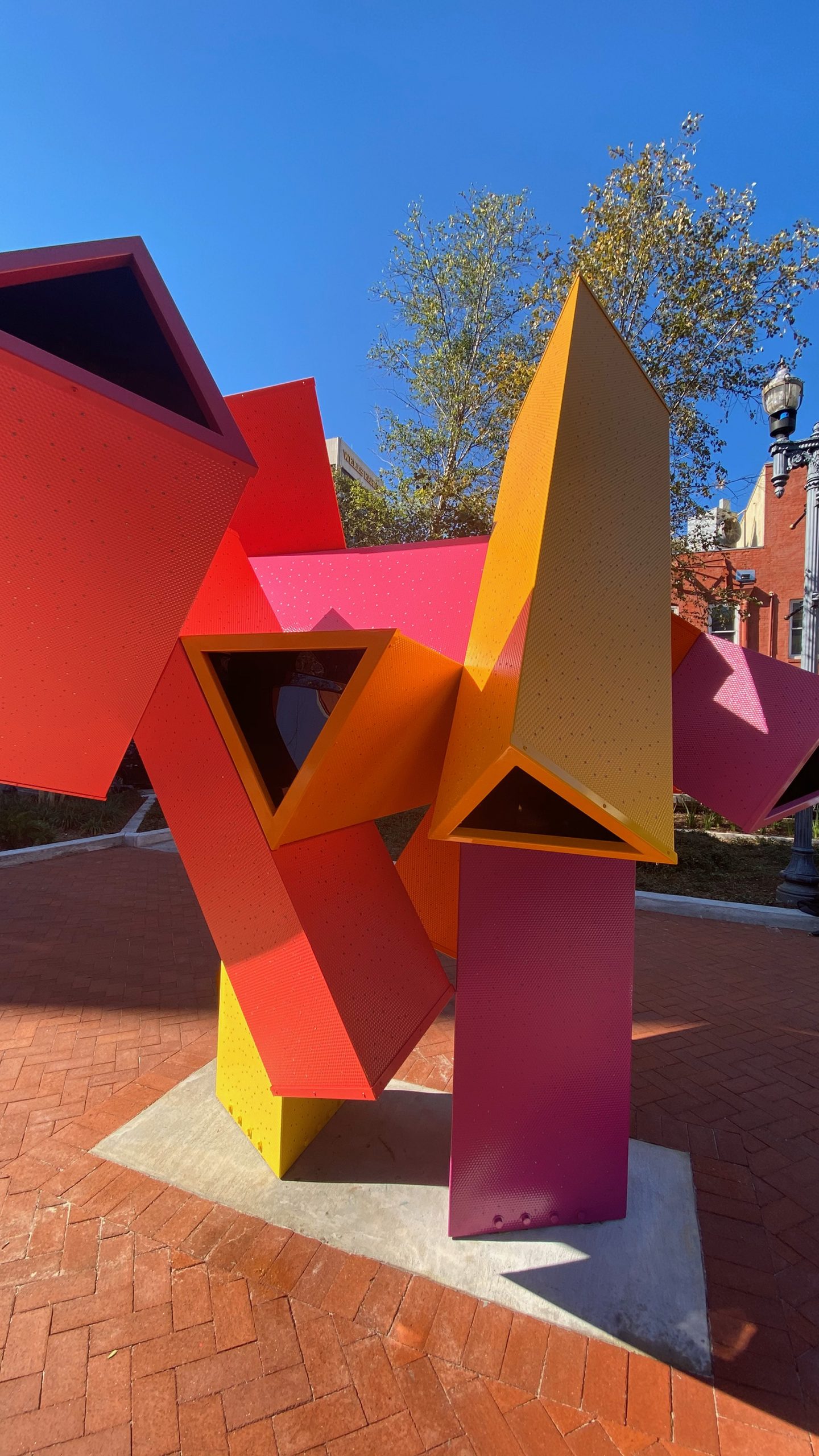 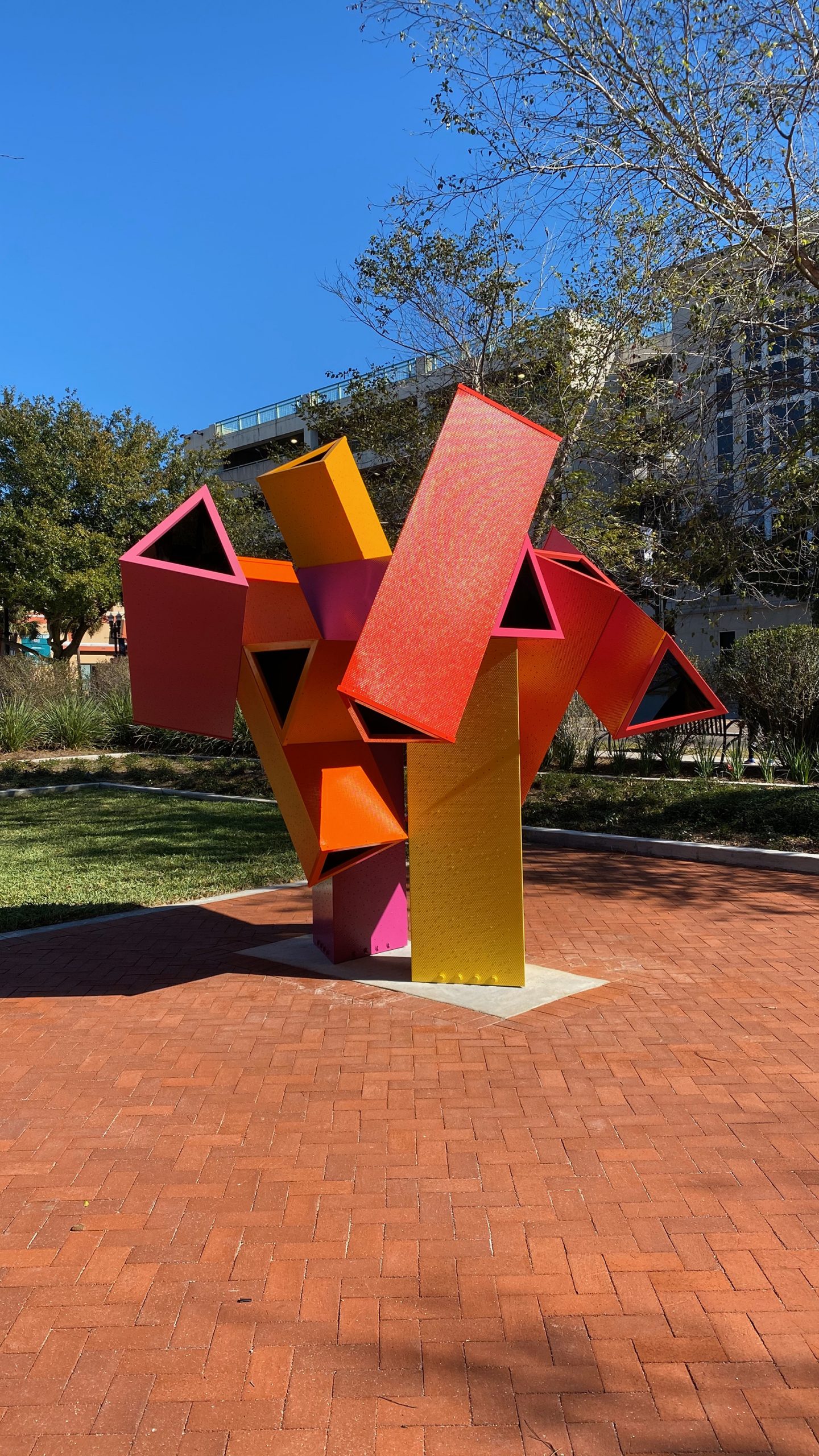 Comprised of eight open-ended colorful stainless steel kaleidoscopes, JAXOSCOPE is embedded with thousands of LED lights and was inspired by an initial conversation with Jacksonville residents during a Cultural Council panel with the group of artists initially selected for several public art projects for the City of Jacksonville.

The diverse audience at the community meeting raised the issue of the lack of people of color in the selected group of artists. I reached out for their input about how I could best represent their interests. I asked them to describe Jacksonville, and one audience members replied that while Jacksonville ‘had its issues’ she said that ‘the community is a kaleidoscope of people’ and that became the inspiration for the work. It is installed in Jesse B. Smith Memorial Park in the heart of Jacksonville's entertainment district, and creates opportunities for engagement and reflection for all those who live and work in the urban core.

In addition to collaborating with the people of Jacksonville on JAXOSCOPE's central premise, I was fortunate enough to once again work with the great folks at the Rigidized Metals Corporation, where I am the inaugural artist-in-residence. Working with their amazing project manager Tom Schunk and their fabrication team, we realized an extremely complex design, which was transported in one piece to the site, and lifted into place by the folks at General Sign.

People seem to embrace the experiential aspect, and often post their engagements with the work on Instagram.