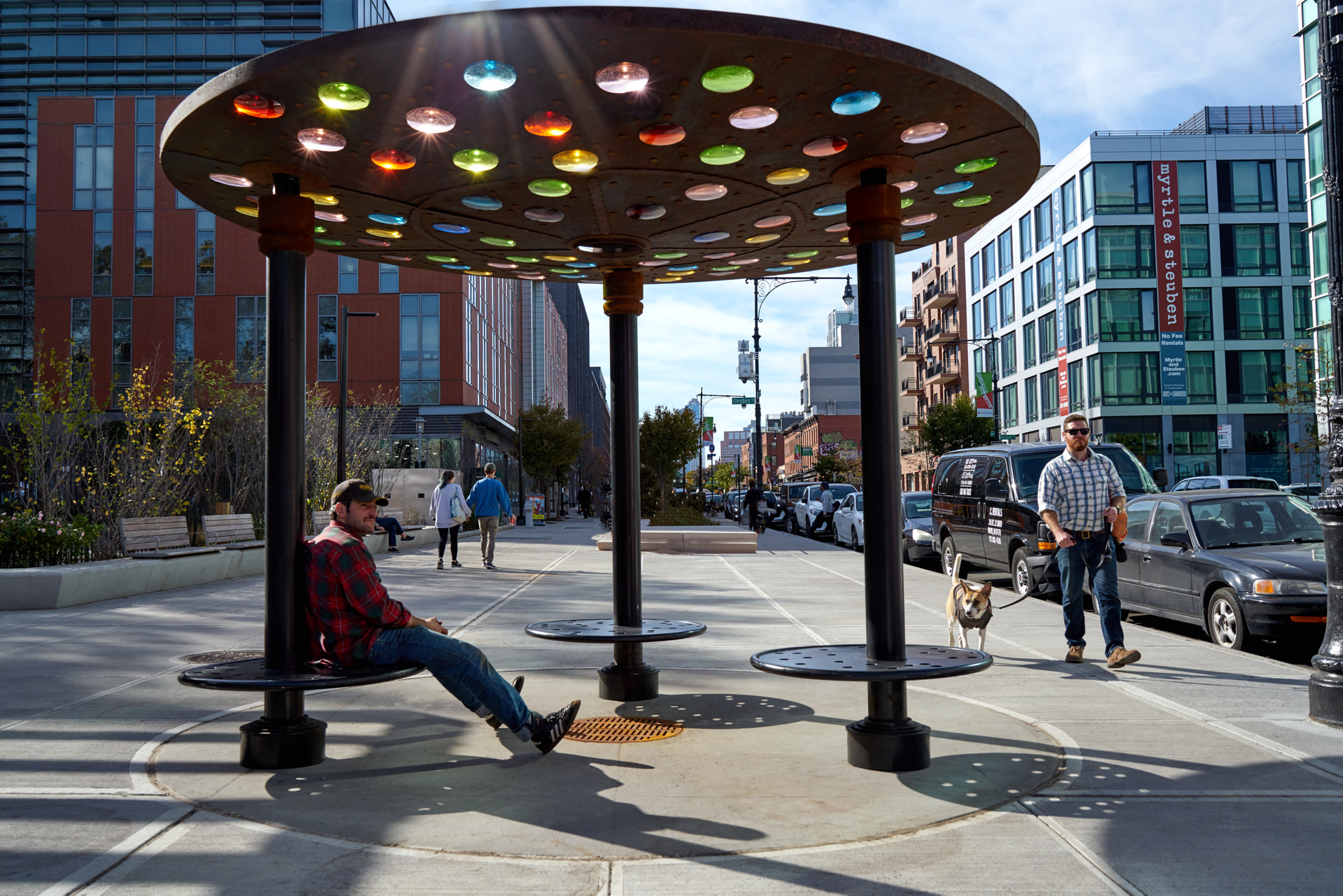 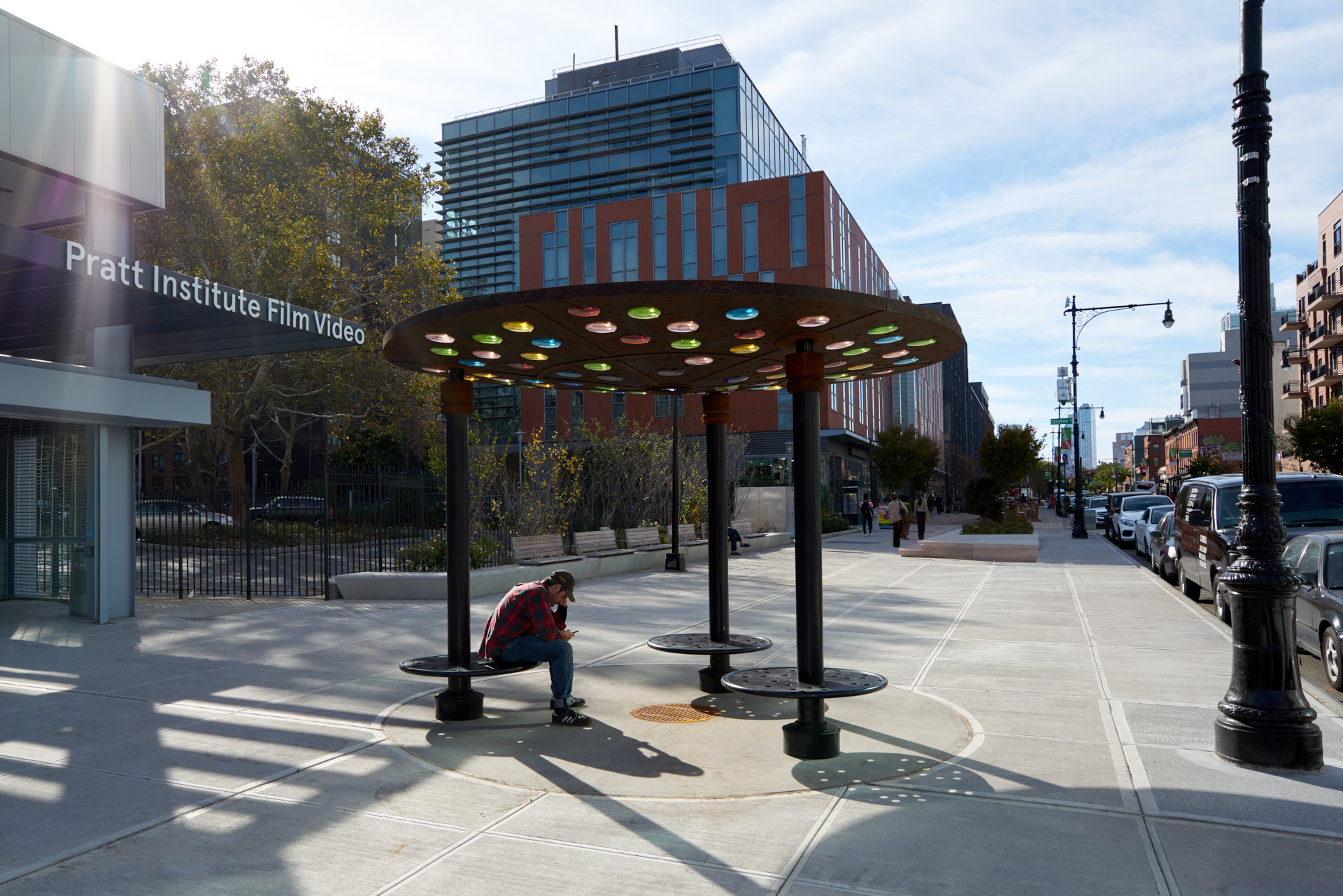 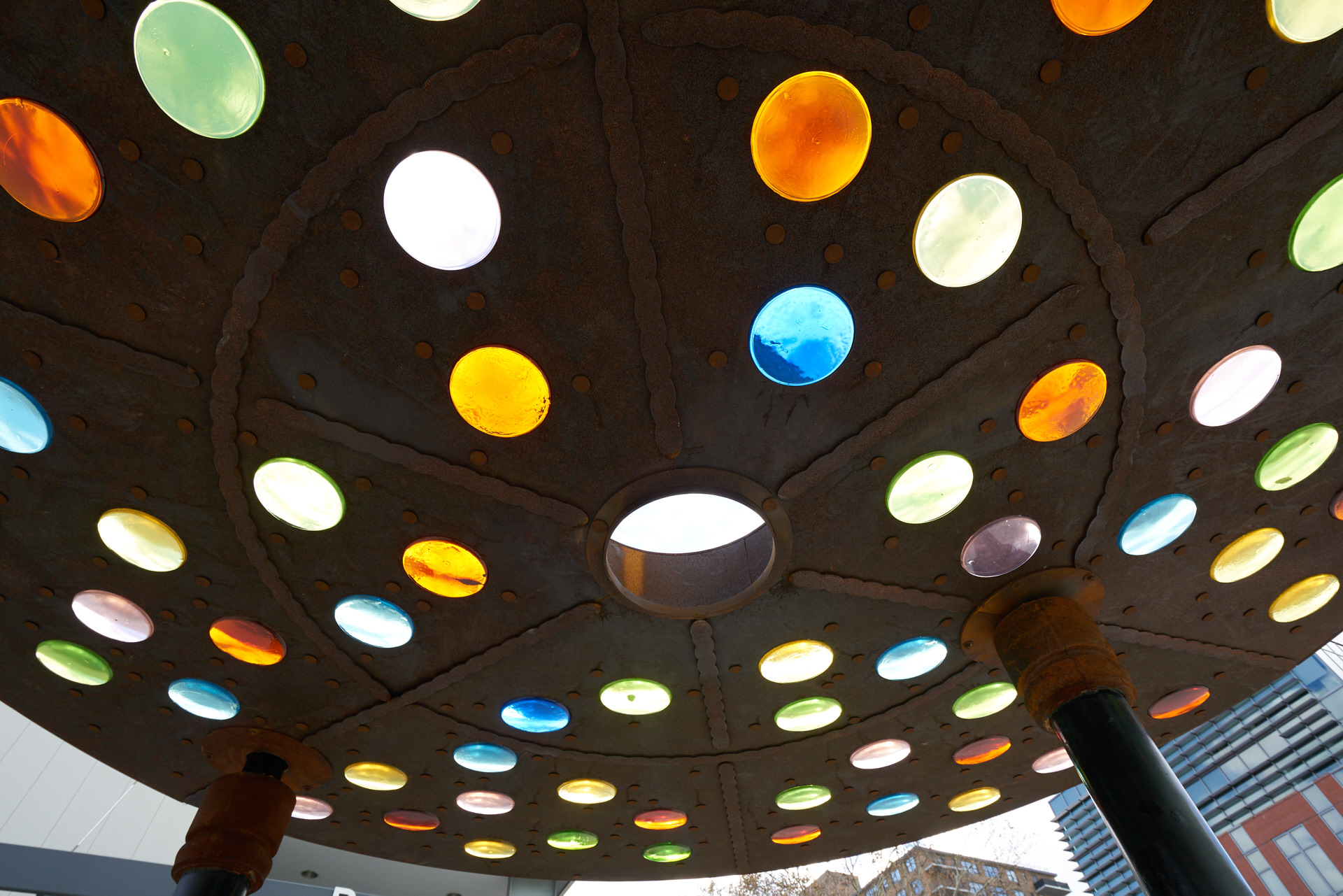 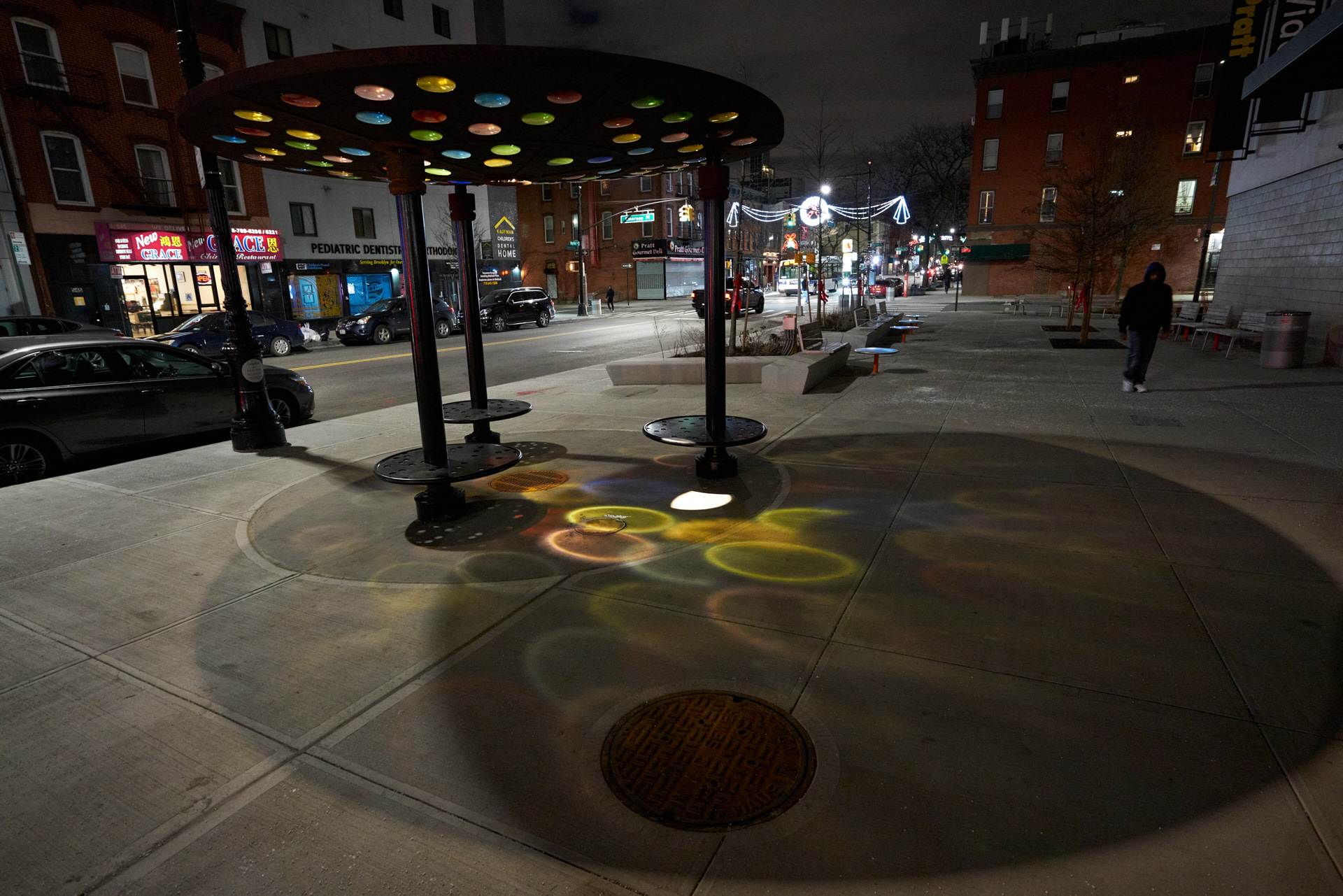 The trio of round stools are capped by a corten steel and cast glass concave canopy—a witty conflation of the pedestrian and the sacred: a 19th century illuminated manhole cover enlarged to the size of a rose window. On rainy days, water drains through the oculus, creating a passive water feature. Small steel medallions and linear braids also adorn the underside of the canopy, much the same way they are used on manhole covers for both functional and decorative purposes. On rainy days a passive water feature appears as water drains through the 24” oculus.

I’ve often worked with a visual vocabulary that doesn’t immediately telegraph its status as art. As my starting point, I like to use sites and vernaculars that have been marginalized in some form: the controlled chaos of industrial infrastructure ("Upper Blush" & "Chroma Booster"), the abandoned limb of an amusement park ride ("I ought to" & "Nautical Swing"), or the aging tree in a public park ("Woozy Blossom" & "Cypress Landing"). I take these abject artifacts and retrofit them to create a micro public square or landmark. The idea is to surprise while fostering a sense of community around an unlikely object or site.

AECOM’s design for Brooklyn's new Myrtle Avenue pedestrian plaza carefully considered the location of the artwork and the plaza features in proximity to the artwork. The artist collaborated with the Commissioning agencies which include, the City of New York Department of Cultural Affairs Percent for Art Program, the Department of Transportation, and the Department of Design and Construction.

With my public artwork, I set out to engage the public and foster a sense of community. The works are spirited, accessible—and very often unexpected. By using industrial materials and disparate elements—including everything from swings, to showers, to wind—in surprising and interactive ways, my artwork aims to encourage engagement with the site, the work, and among viewers themselves. I do this by making the work interactive, utilizing functional elements, and encouraging social engagement.