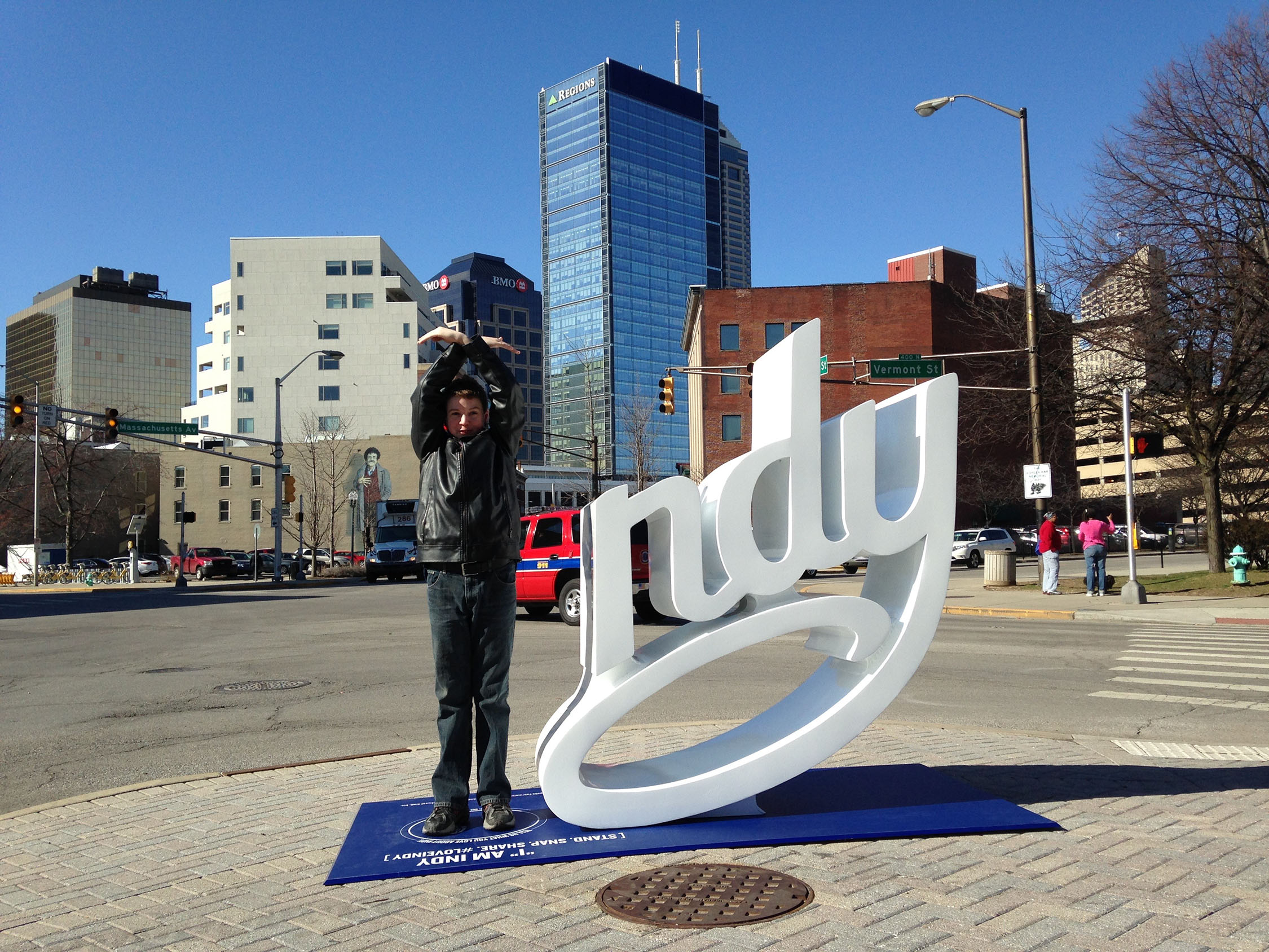 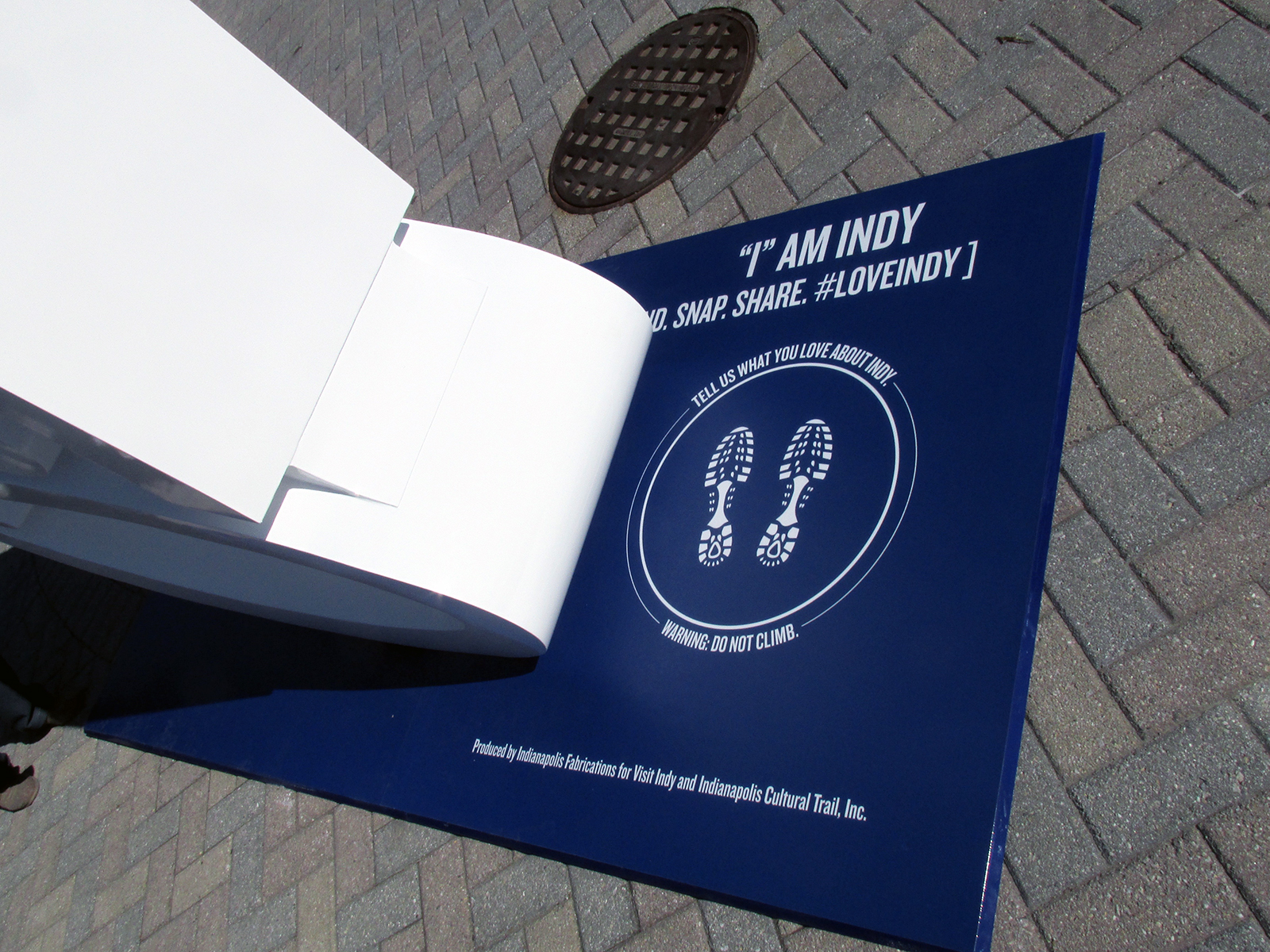 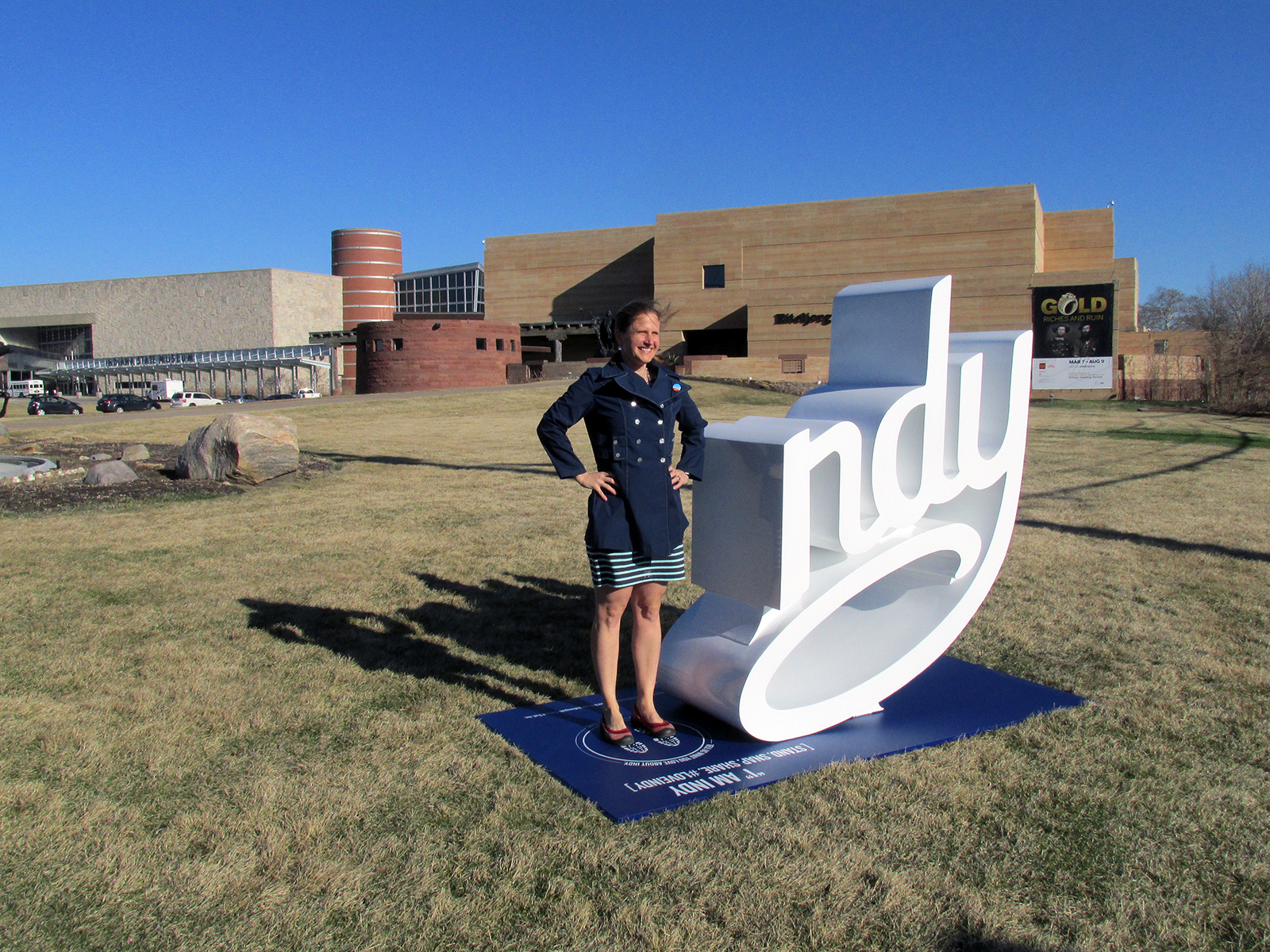 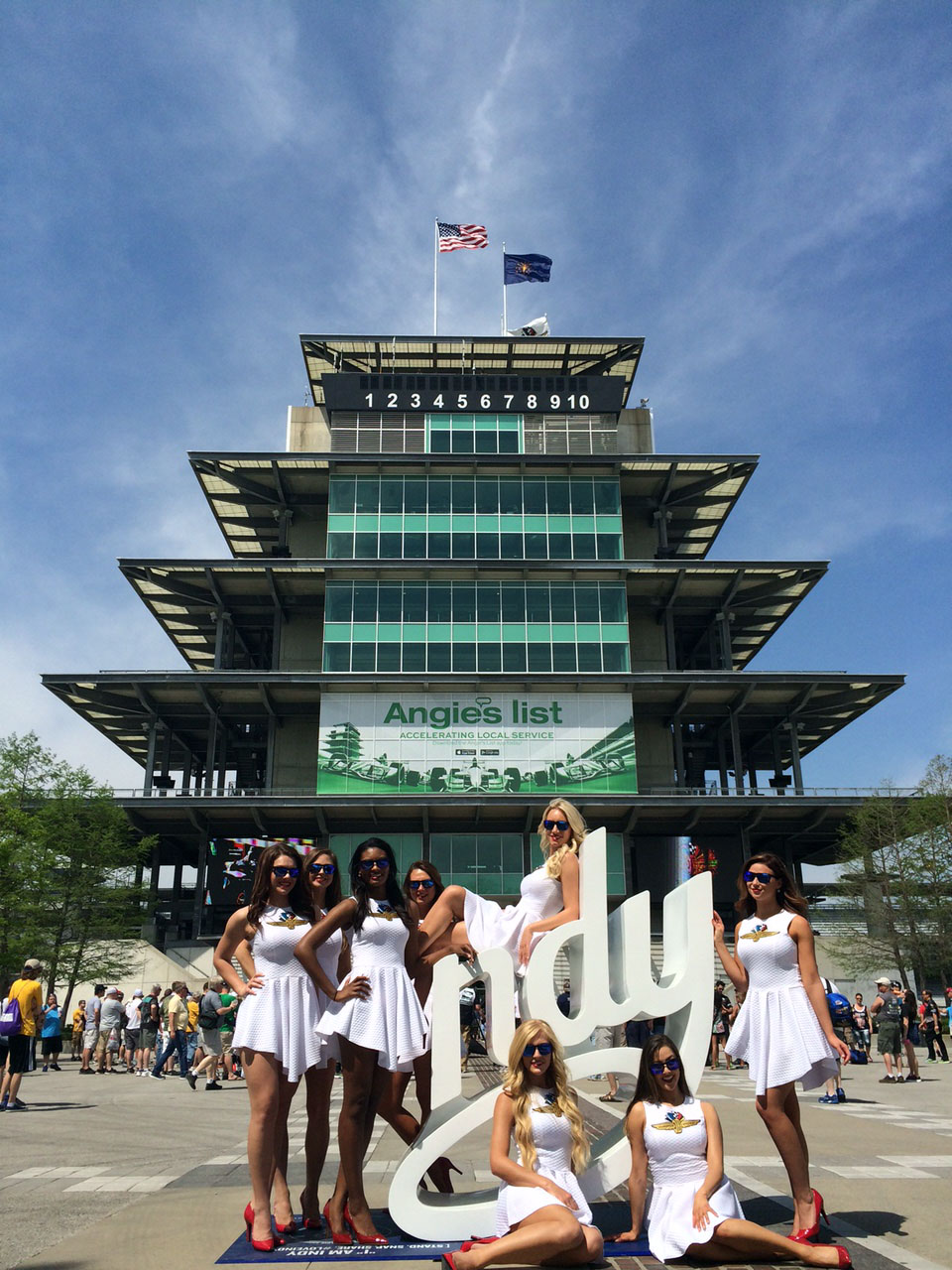 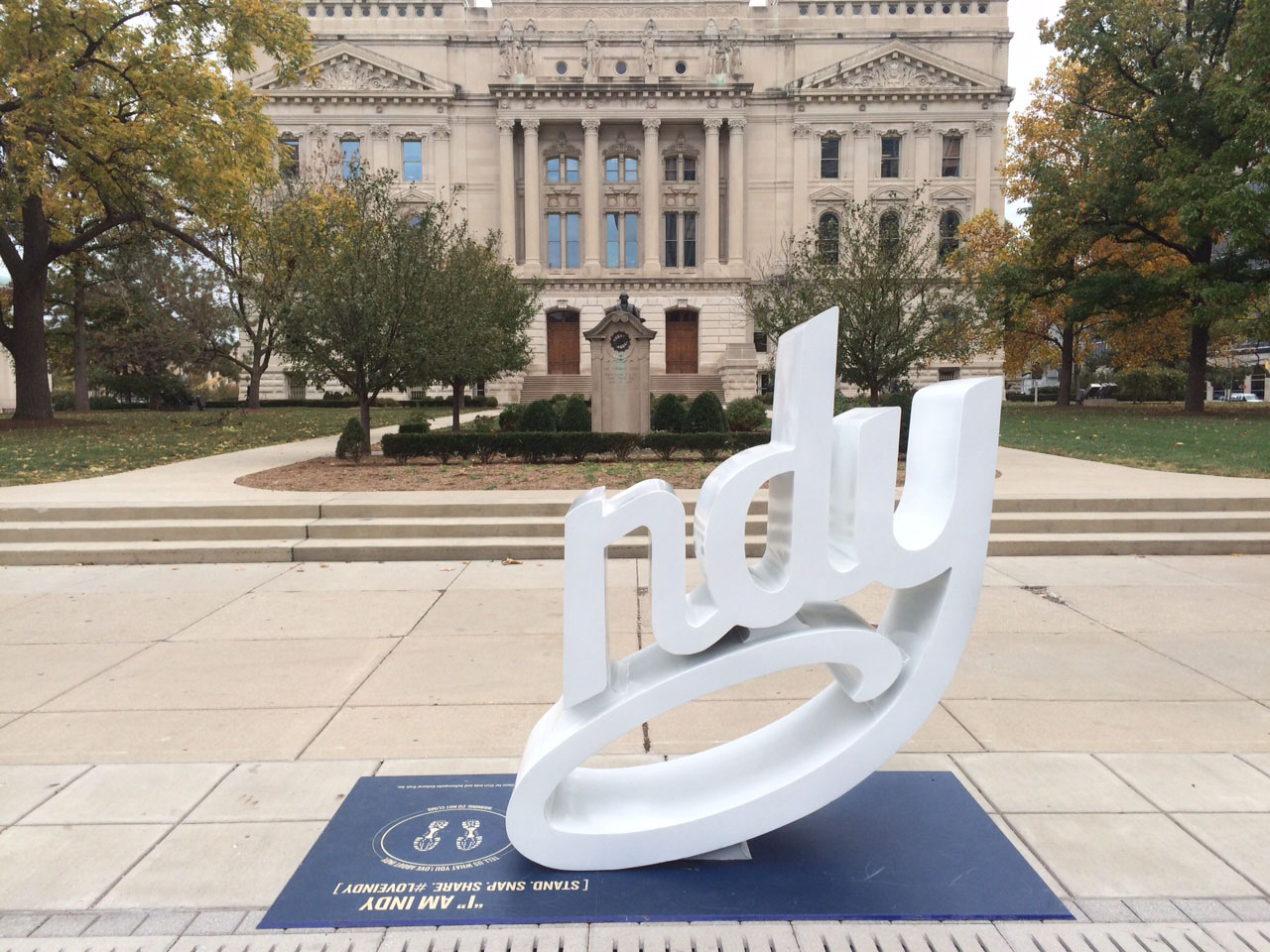 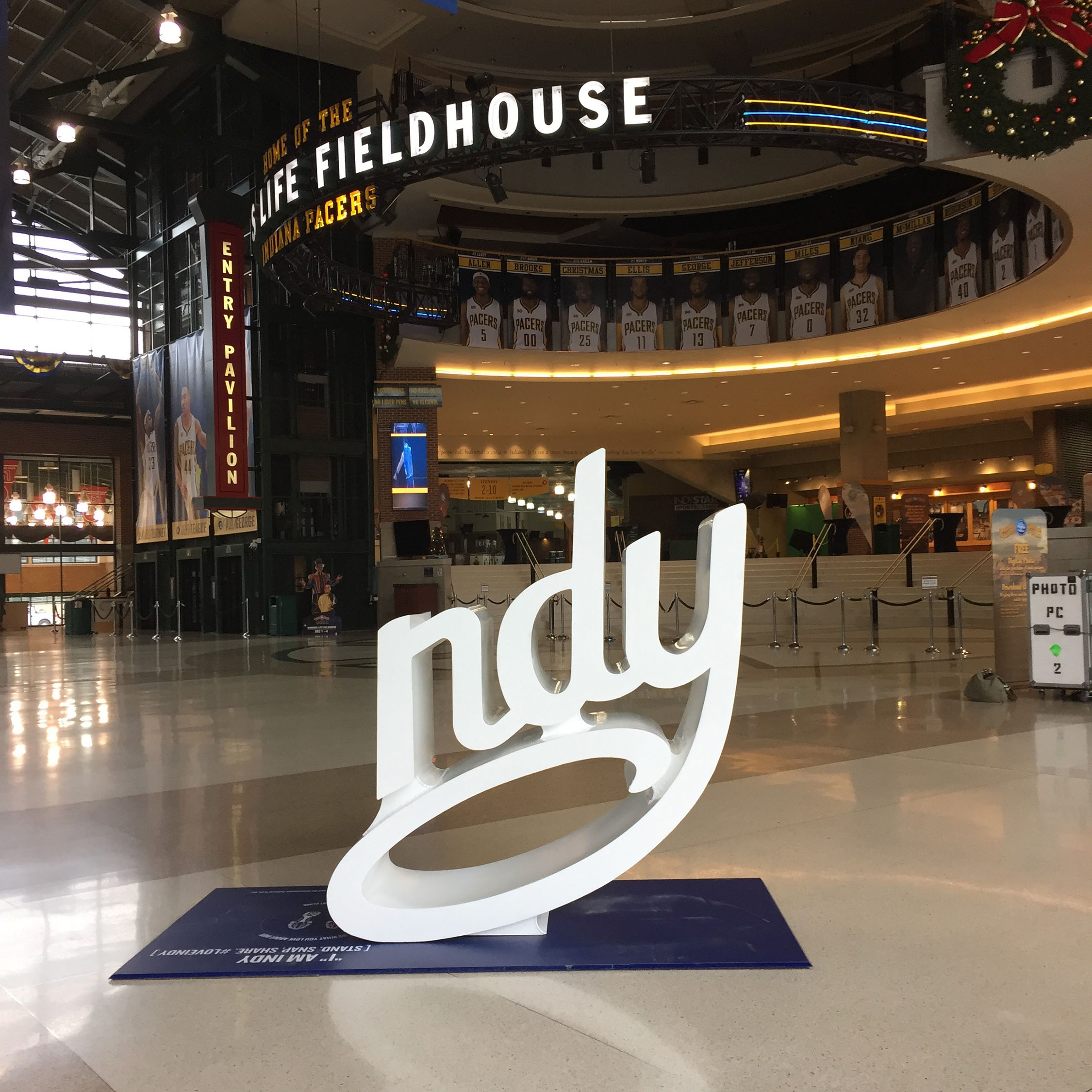 The “I AM INDY” campaign was a project of Visit Indy, Indianapolis' tourism bureau, with Indianapolis Cultural Trail, Inc., the entity that operates, maintains, and markets the Cultural Trail. The goal of the project was to engage residents to ask them to boast about the city on social media platforms. Visit Indy wanted Indy residents to be stronger Indy ambassadors. Three “lifesize” sculptures were fabricated from steel and aluminum and were placed in cultural districts of the city. People became the “I” in Indy and shared their images and feeling about Indianapolis.

Just before the project launched, the need arose for a point of pride in Indy. Indiana legislators supported a bill that allowed the lack of protection for LGBT Hoosiers with the controversial Religious Freedom bill (RFRA). On the heels of RFRA, Indiana emerged as the epicenter of a battle between religious conservatives and supporters of gay rights. Here locally, major employers and conventions threatened to leave the city, citing concerns of potential discrimination against same-sex couples. The "I am Indy" sculptures became a point of pride in the city and since April, there have been more than 100,000 posts on Facebook, Twitter, and Instagram with the NDY sculptures and #LoveIndy.

Art Strategies was hired to help the partners craft the project. Art Strategies recommended Brian McCutcheon as the designer and fabricator of the interactive sculptures. As project manager, Art Strategies recommended installation sites on the Cultural Trail, oversaw the initial fabrication of the sculptures, pulled all permits, and oversaw the initial installations. With the framework provided by Visit Indy Brian McCutcheon designed the sculpture to mimic the Visit Indy logo as a means of directly branding the project to the tourism agency. McCutcheon and his team managed fabrication and installation. Brian and his company Ignition Arts have also been responsible for relocating the sculptures to many cultural events throughout the city.

NUVO magazine named this the best new public art project in Indy in 2015.