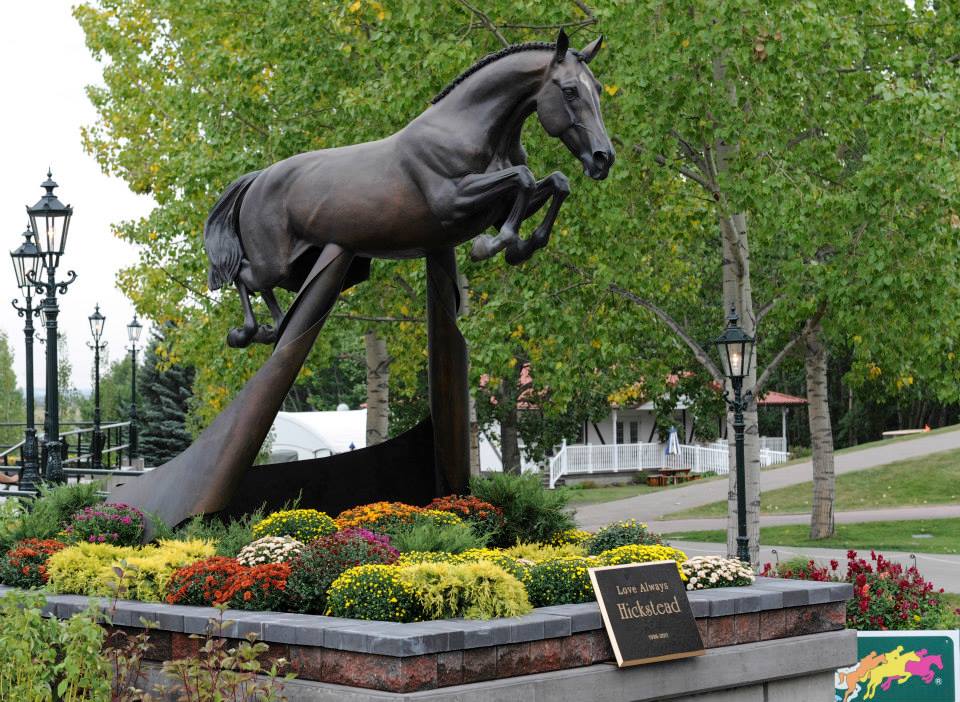 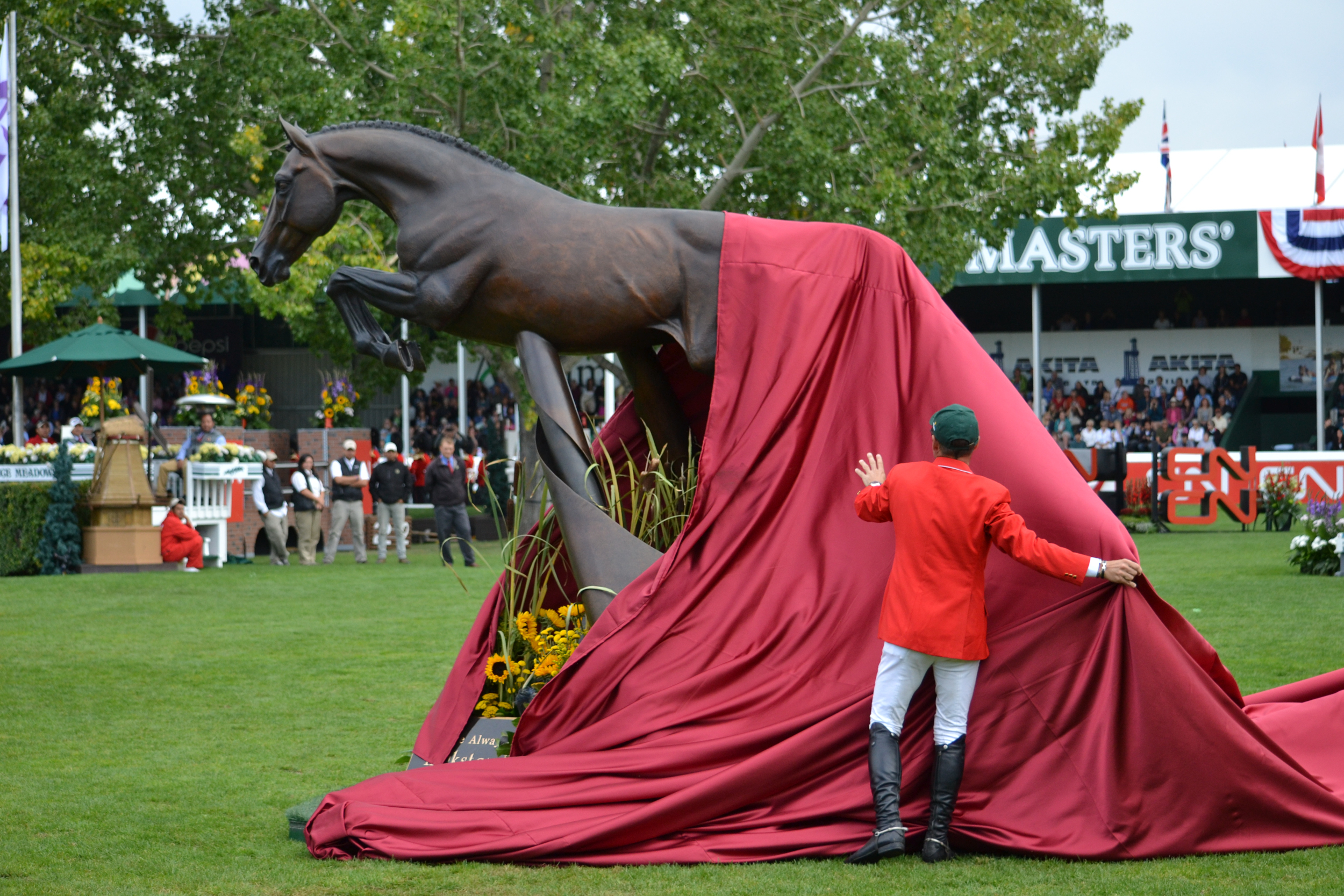 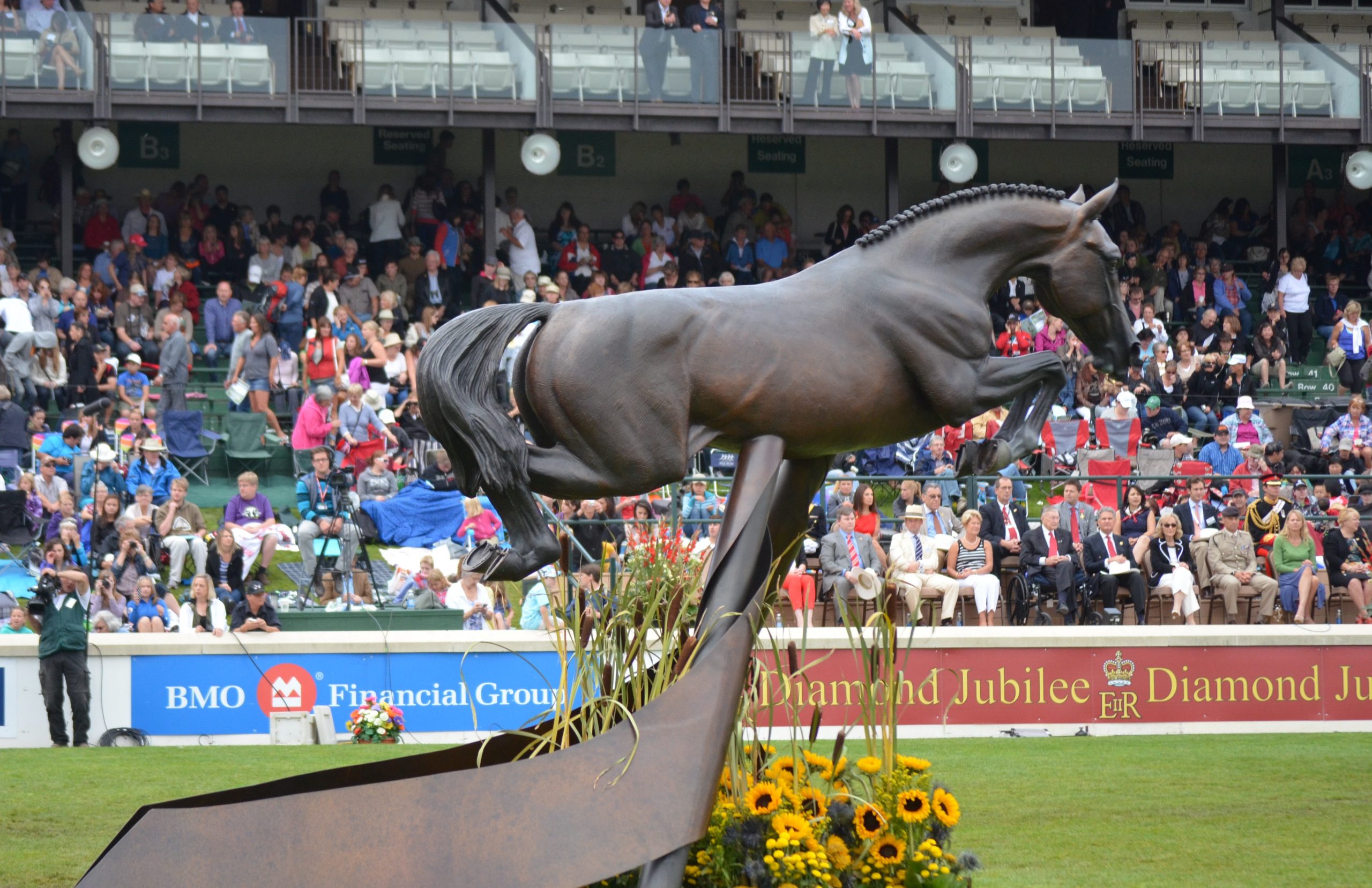 The life-size Hickstead Statue was commissioned by Spruce Meadows and Canadian Olympian Eric Lamaze to serve as a tribute to legendary show jumping stallion Hickstead.
Hickstead earned more than $3 million in prize money during his career and was widely acknowledged as the best show jumping horse of his era. Hickstead loved to jump so the statue was designed to reflect him sailing through the air at a height of 6’, clearing the height of grand prix jumps with a bronze ribbon integrated into the support structure, symbolic of a winner’s sash.

The primary goal was to create a life-size statue of Hickstead that could be unveiled during the 2012 Master's Tournament at Spruce Meadows, Calgary Canada. A special tribute to Hickstead was organized to take place within the International arena prior to the start of the CN International, in front of more than 85,000 spectators and fans. It was a Grand Prix that Hickstead and Eric Lamaze won twice.

During the course of the project, it was decided to unveil the statue in the arena as part of the tribute to Hickstead rather than on the grounds of Spruce Meadows.

The emotional impact of unveiling the statue in the arena before a capacity crowd was reflected around the globe in news and magazine coverage. The statue was later positioned outside the newly constructed Canada House, Spruce Meadows’ prime hosting venue that overlooks the International arena.

The creation of the statue was kept confidential until the unveiling during the Hickstead Tribute at Spruce Meadows. This together with the emotional manner in which Hickstead lost his life and the devastating impact it had on owner Eric Lamaze and those close to Hickstead meant I was extremely limited with whom I could communicate. It was necessary to work independently in creating the statue, without measurements or intimate knowledge and details about Hickstead from Eric Lamaze.

The timeline for this project was exceptionally short and with the complexity of the structural support required, it was essential that communication between Artworks Foundry Alberta Engineering firm Acius and myself remained open and expeditious.
Deuxpan Art Services, the company that provided 3-D enlargement services is located within 15 minutes of my studio. As each foam section of the sculpture was routed, I was able to collect a section and further sculpt the foam in parallel with further sections being routed by Deuxpan. This was critical for the condensed timeline we had.
Roman Lapaev assisted me with life-size clay application and wax chasing. He exceeded my expectations with his attention to detail and dedication under an extremely tight deadline.