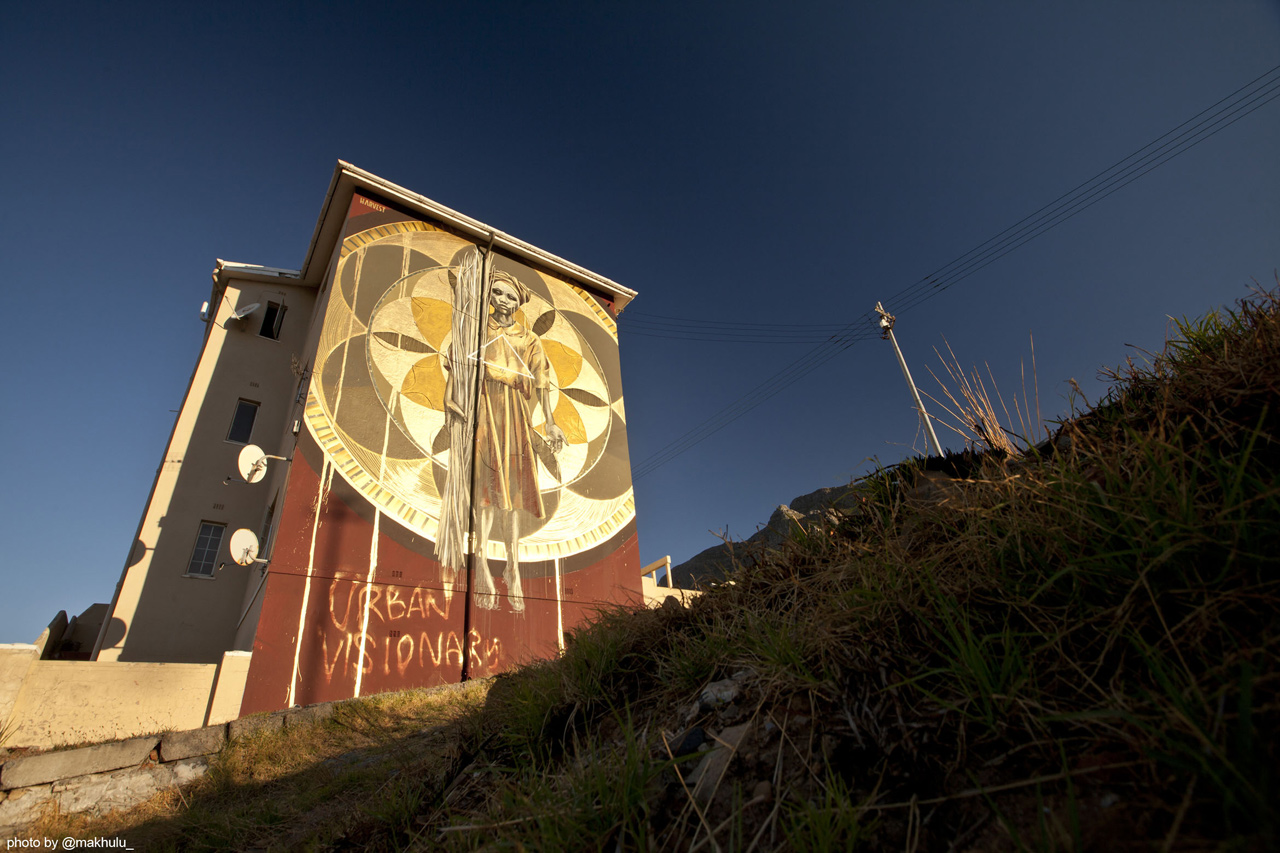 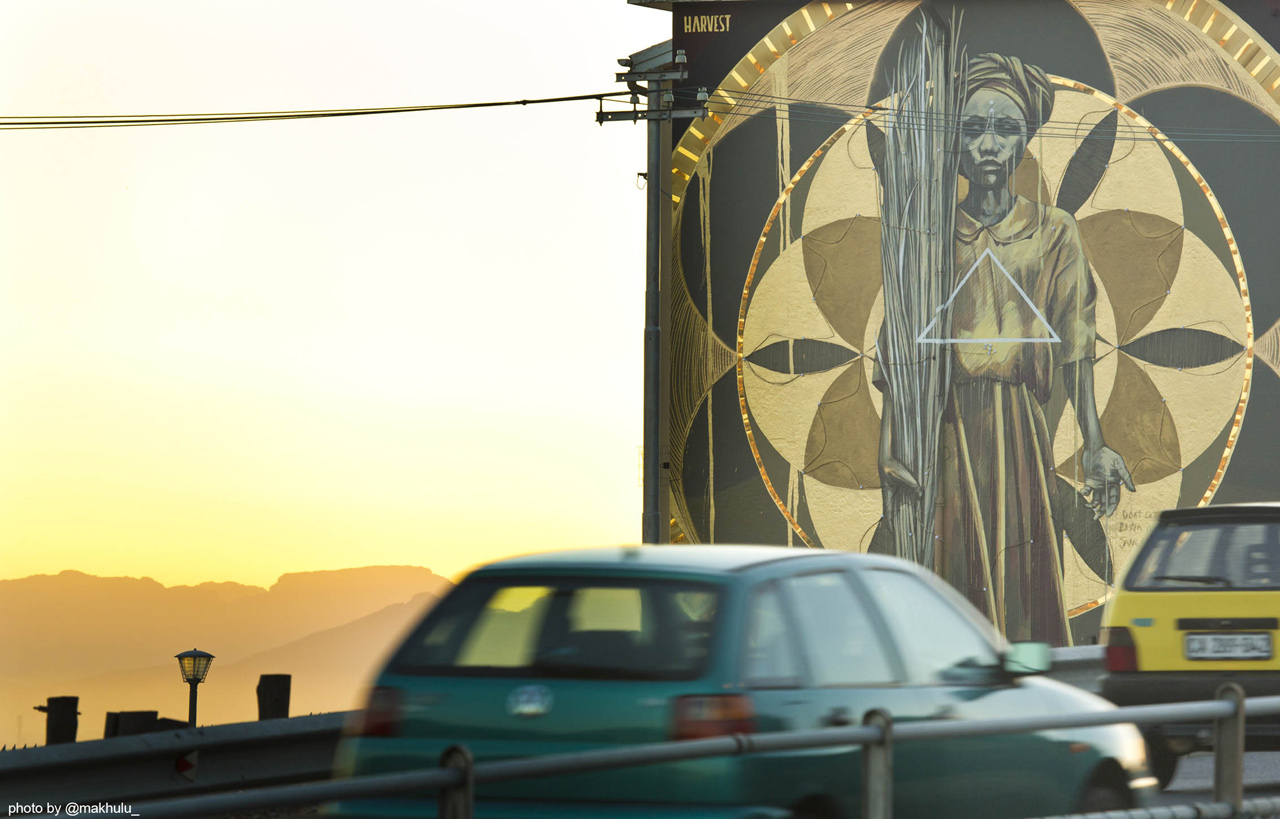 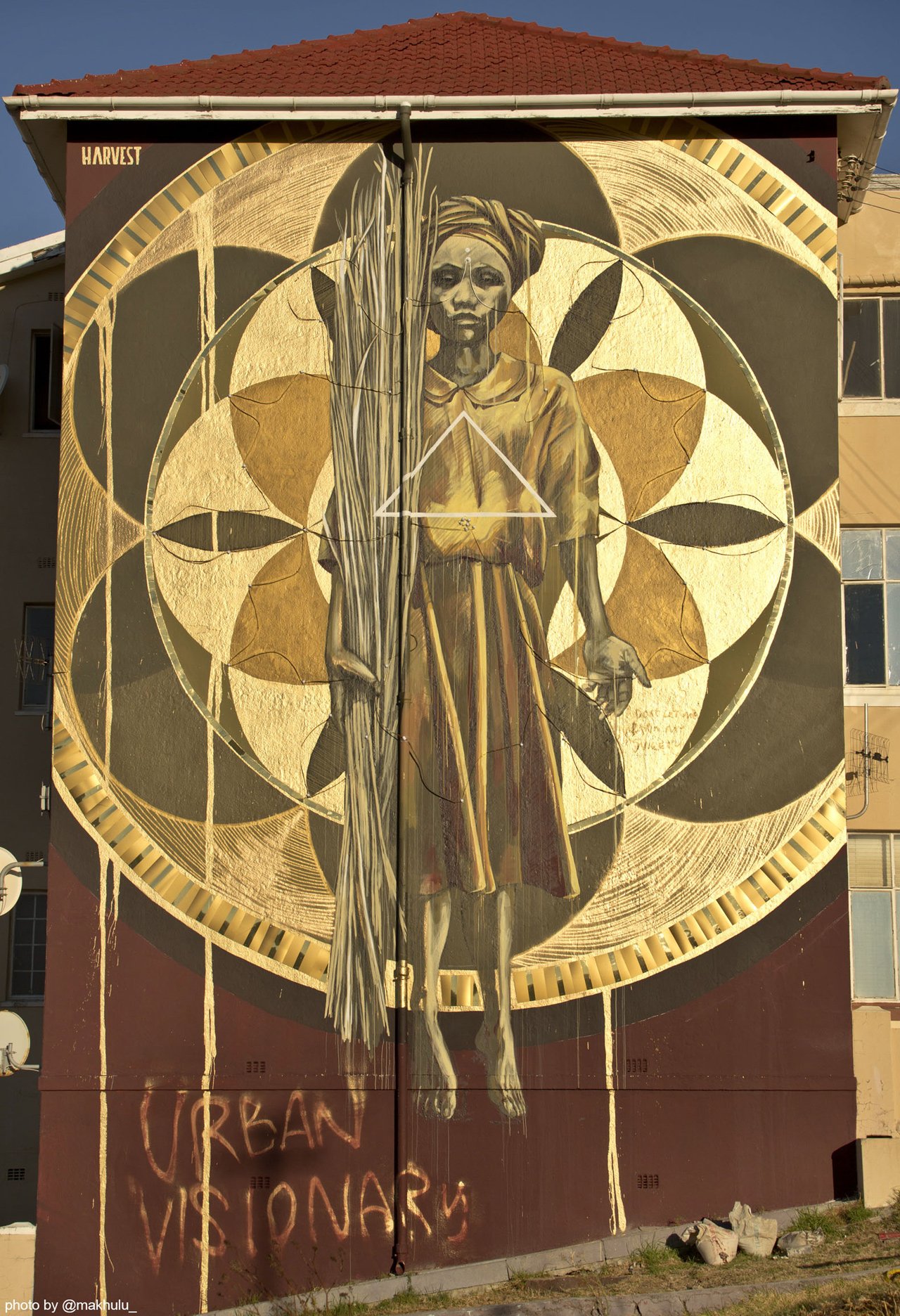 Design Indaba Trust, Faith47 and Thingking teamed up to create a mural that seeks to create a community-level change through the duality of art-based social impact.

The multi-story artwork has a visual feedback loop for those who view it: the wall lights up at night each time enough money is raised for one new light to be installed on a pathway in the informal settlement of Monwabisi Park, Khayelitsha, through the organisation VPUU (Violence Prevention through Urban Upgrading).

Cape Town is a very segregated city economically, racially and geographically, so my main aim with this project was to try to connect two disconnected parts of the city.
This project was largely experimental and I was interested in creating a mural that had a bigger life then being just an image, and which offered a direct impact in the physical world.
We chose a place in the city which was a high-crime-area and decided to work with an organization which was already at work here. We aimed to use the wall to do a crowdfunding campaign in order to raise money for streetlights that were being installed in informal settlements near water-outlets.
By fixing lights within the mural, it becomes interactive as the lights lit up once enough money was raised to install each streetlight. The lights can also be twitter activated by posting a certain hashtag (#ANOTHERLIGHTUP).

I obtained permission to paint this wall from the city, and I approached Ravi Naaido of Design Indaba to see if they would be interested in funding it. They agreed to this as well as offering to help us with the media campaign. Lyall Sprong and I worked closely together to create the light design that integrated into the pattern-work of the wall, and this use of electric lighting breathed new life into the mural come night.
The crowdfunding element of the project was successful but also had its own issues, which offered a good learning experiences for us both.