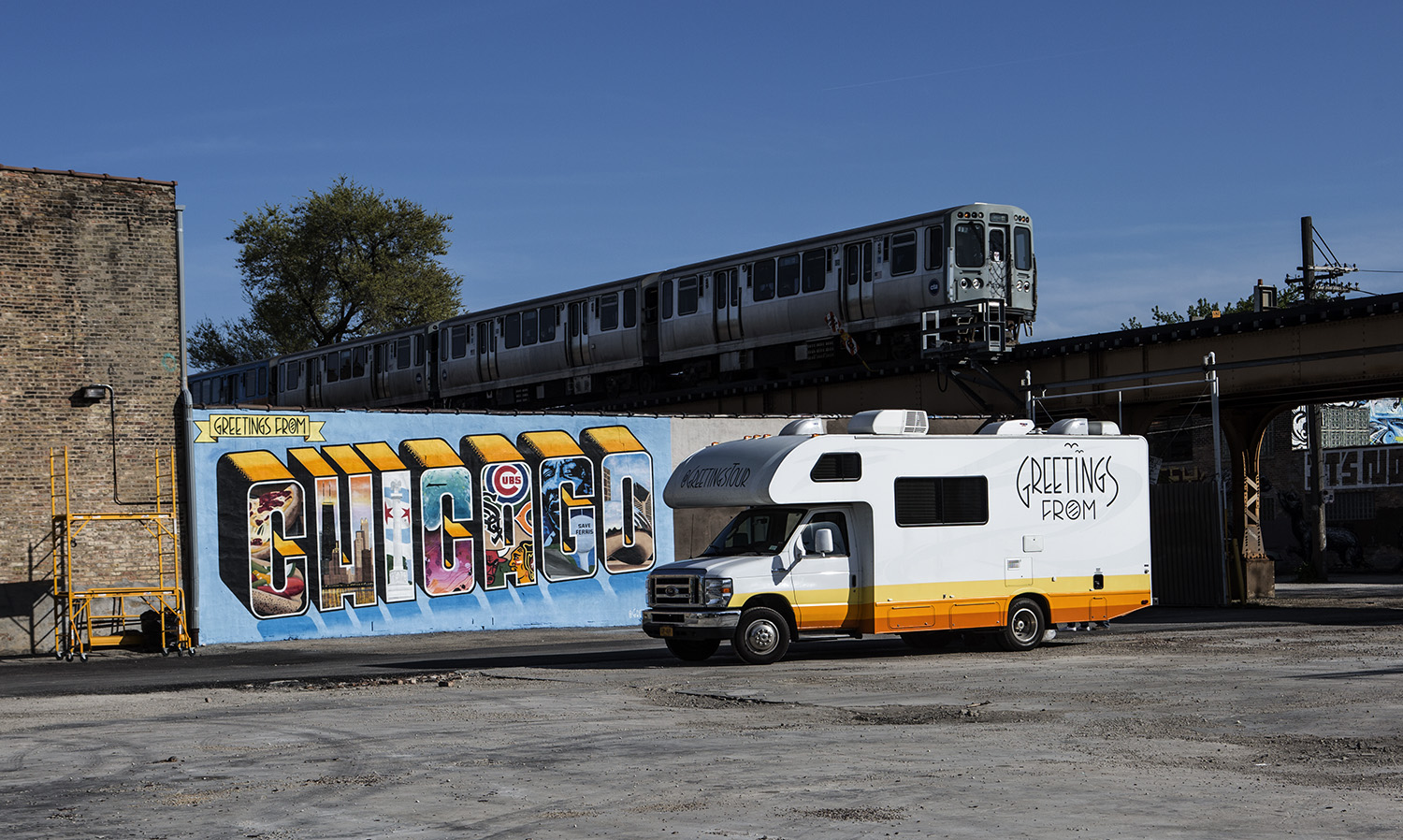 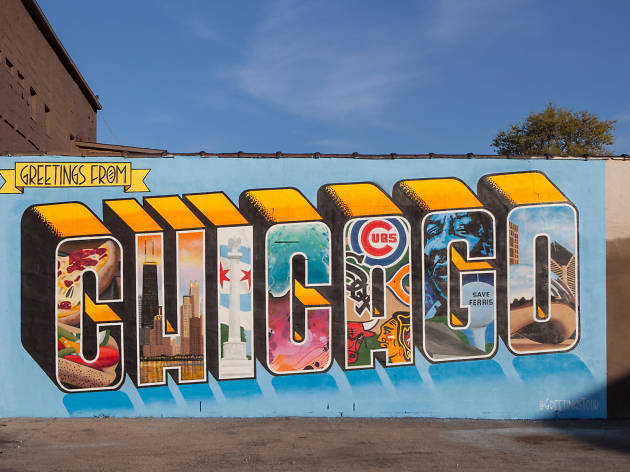 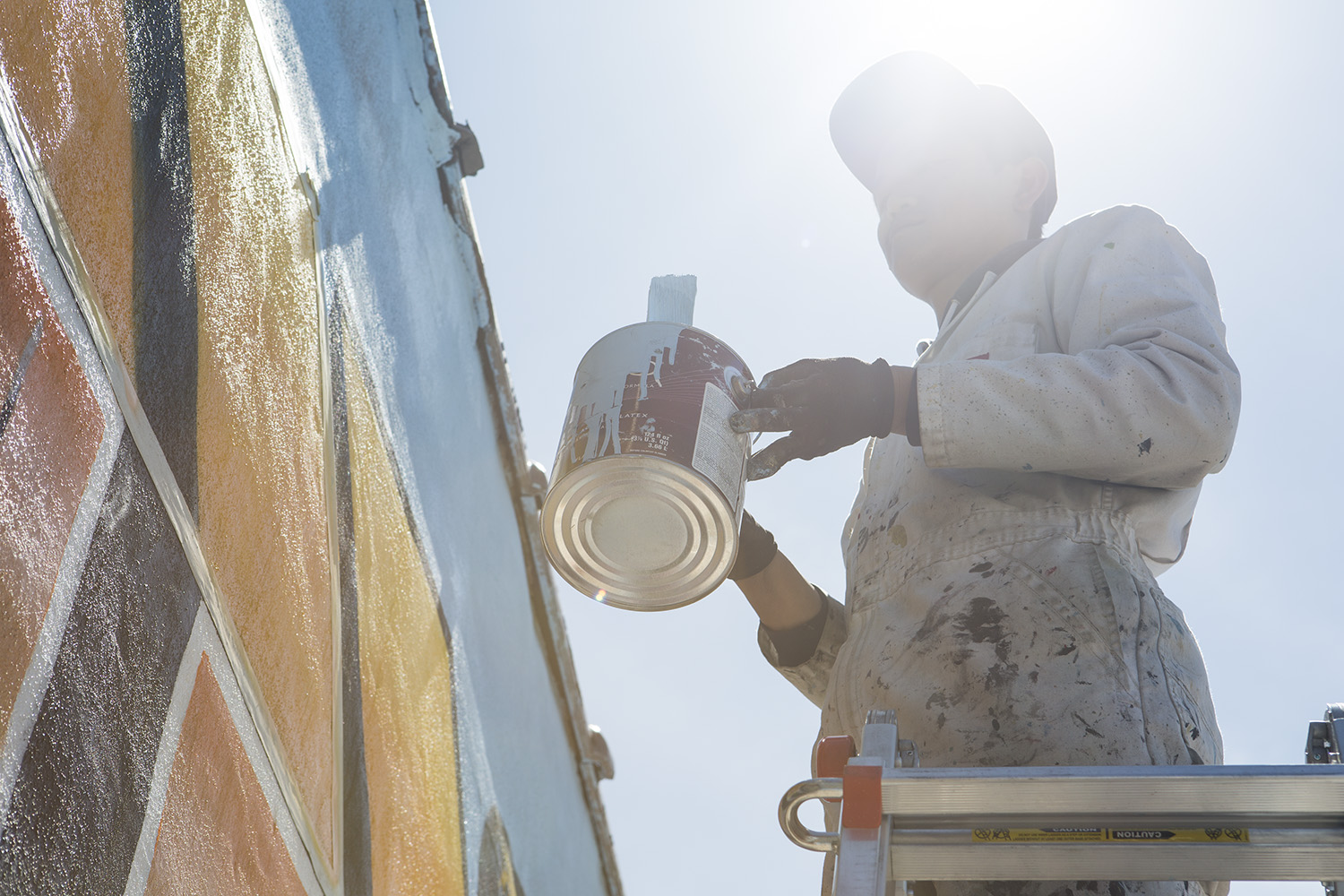 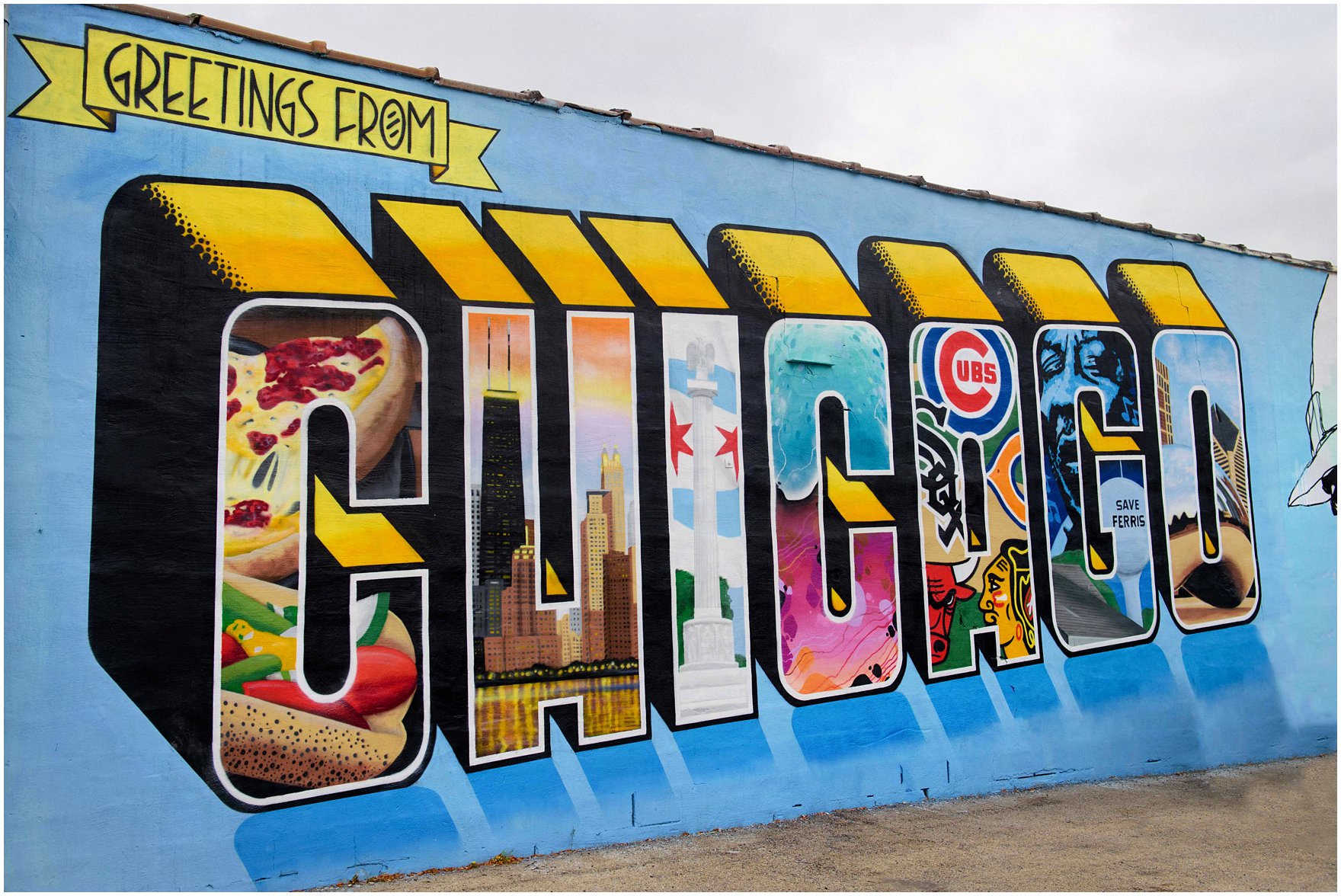 The Greetings from Chicago Mural was one of the initial pieces of a nationwide mural project creating interactive modern landmarks through public art. Inspired by the large letter postcard made popular in the mid century, the name of the city CHICAGO was spelled out in bold letters while incorporating relevant imagery to the city within the letters. The artwork measures roughly 30 ft. wide by 15 ft. tall and was created using spray paint and latex. The mural can be found in the Logan Square neighborhood in Chicago, IL.

The goal of this piece was to create an interactive landmark mural. Sending physical postcards have become a past time for the current generation. We’ve taken the “Wish You Were Here” postcard concept and added our modern twist to it by creating interactive mural as photo backdrops for people of all ages and backgrounds. The practice has become a modern way of sending greetings to friends and family in our digital age through social media.

The overall goal of our project on a national scale is to engage the community in the public art process through education, voice, hands-on participation, representation and experience. The idea of the medium of spray paint often scares off clients because they associate it graffiti or street art. Our job is to educate the public about this modern tool that is actually more efficient than brush when working on a large scale. We hope that our murals serve as examples that open up additional opportunities for other local artists who work with a similar medium.

As a nomadic artist couple, we have built our own community in cities and towns across the country. The United States is where we call home and we consider ourselves humble residents to everywhere we spend time, Chicago included. We strive to connect and learn from those with roots in the community and always respect the local history of where we create our art.

When it comes to public art, there is a distinction between placing studio art in public view versus directly involving the community in the process of the creation. Our project gives local artists a chance to collaborate us directly. We offered a letters as blank canvases for another local artist to create his own murals within our piece (in the “C”.)

In addition, spending time living in the neighborhood in our RV and having conversations with local residents and businesses help generate ideas for the mural content. This gives everyone in the community a sense a ownership of the artwork long after we leave.

The mural has become the most photographed wall in Chicago, IL and daily interaction with it can been seen on social media using the location “Chicago’s Home Mural” (Facebook & Instagram.) The artwork also took on a life of it’s own getting numerous positive reviews on Google and Yelp pages created by the public. Locals have been so proud of the artwork that we’ve even seen photos of people with the artwork tattooed on themselves!