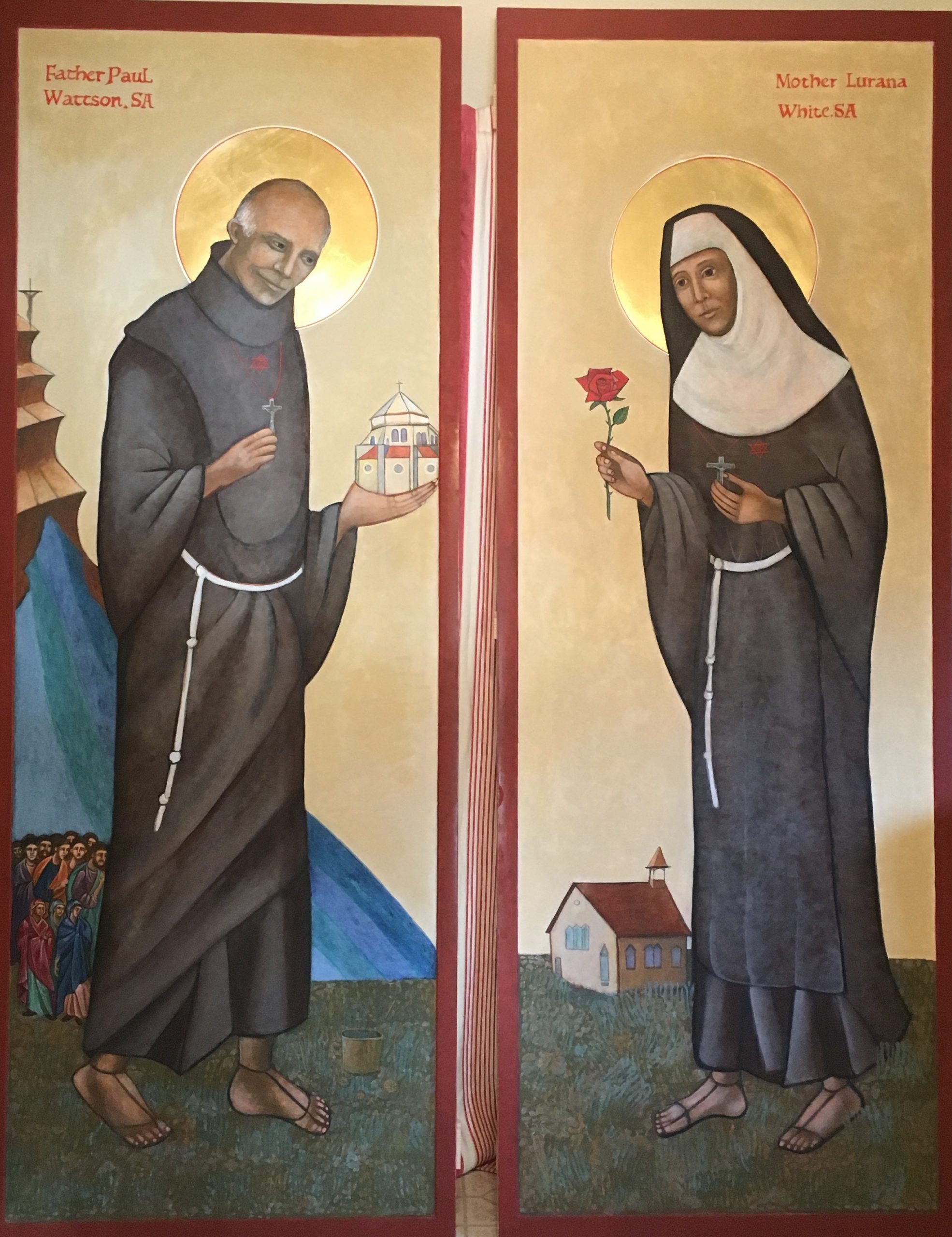 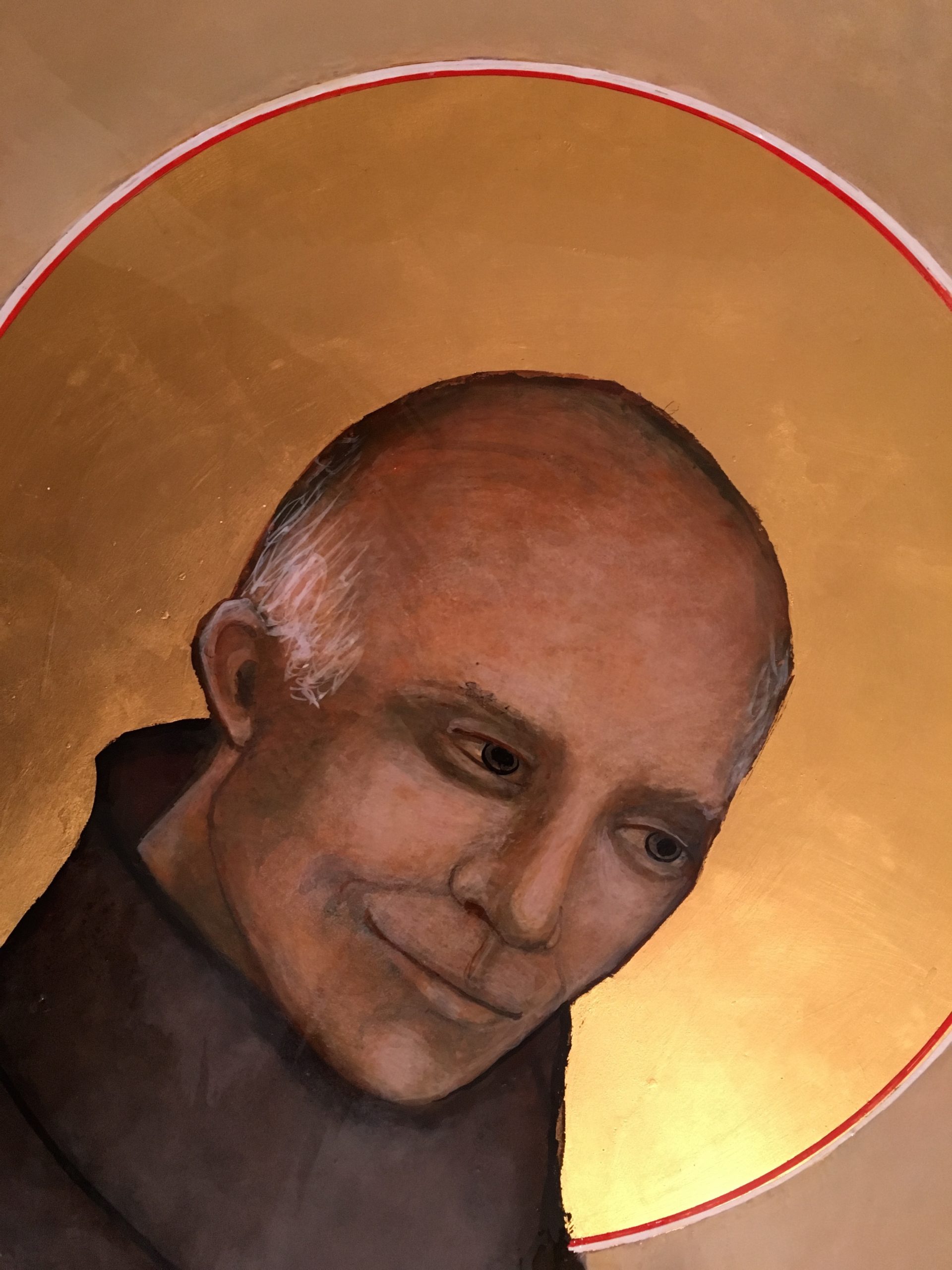 The commission requested two, eight feet by three feet egg tempera paintings with gold leaf gilding. They were part of a new renovation of the friars' chapel at grammar monastery. The wood panels were gessoed with eight layers, in preparation for the layers of egg tempera paint. The drawings for each saint were original and were made to have a strong likeness to the two people depicted, who are now deceased.

The two Icons were to be mounted on either side of the new altar and were central to the otherwise simple design elements in the chapel.

I worked closely with Richard S. Vosko, architect and liturgical space planner. Also worked with one of the Friars, Dennis Polanco. First, I researched the two founders of Graymoor, found old photographs, then did many drawings to arrive at a likeness of each one. Next, the Friars had specific requirements of elements they wanted included in the painting. For Fr. Wattson, they wanted a multitude of multicultural people in the background, they wanted him holding the church, and their robes had to be exactly as they were originally. Once the drawings were approved, I proceeded to paint the Icons, then seal them and deliver them, on time as promised. However, the building is still not completed so they have not yet been properly installed so there are no installations photos as yet.

This project involved working with a review committee, and was part of a project that is not yet finished. As such, there are no installation photos available yet.