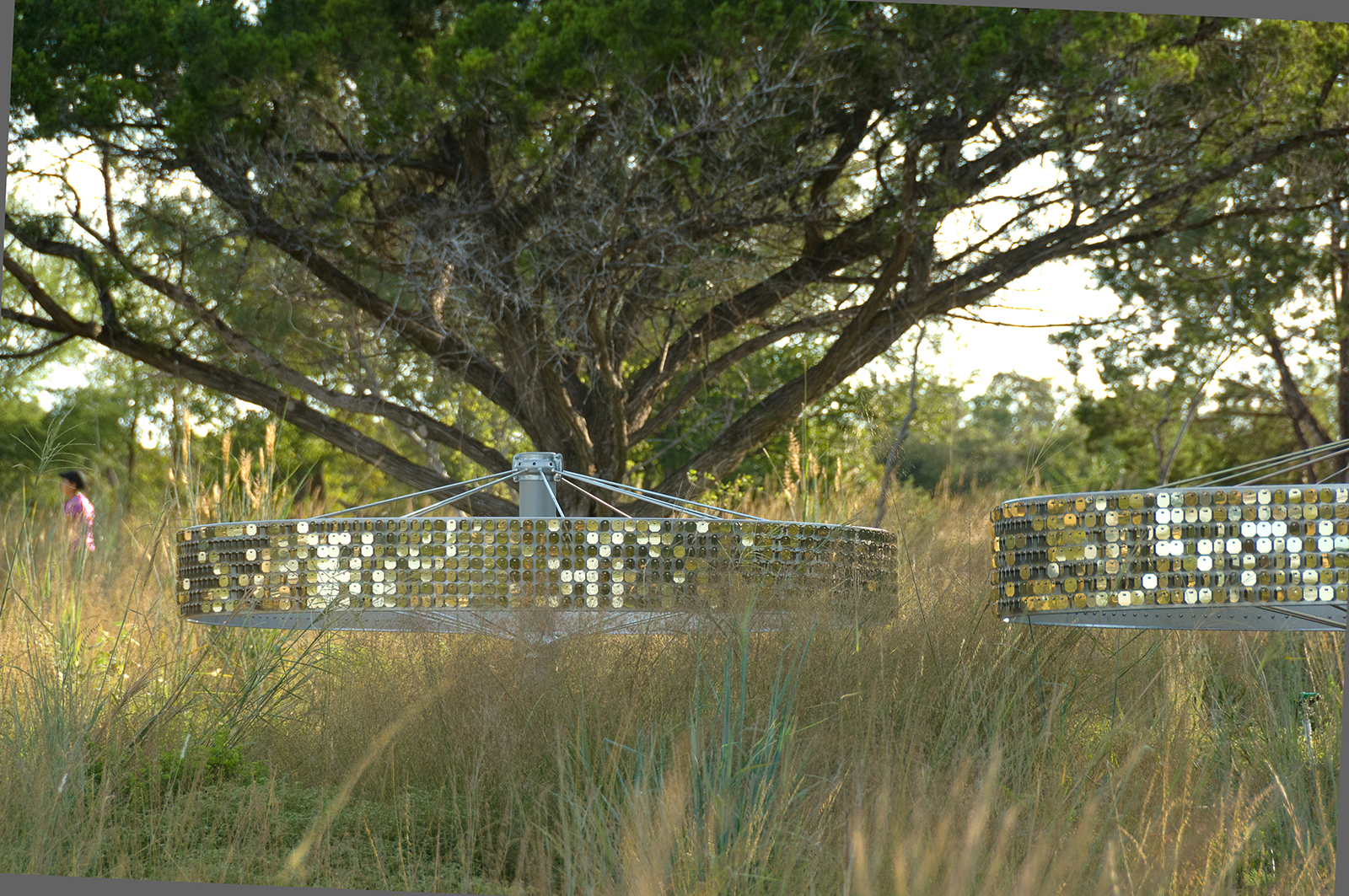 Conceptual artist, Anne Wallace, was chosen by a panel of stakeholders including The Phil Hardberger Park Conservancy, San Antonio Department of Parks and Recreation and Public Art San Antonio to create the first public artwork for San Antonio's Hardberger Park Urban Ecology Center. Wallace proposed locating the work, which is comprised of nine shimmering rings, out on the land where it would be visible from a new pavilion as well as several walking trails. (This project was commissioned by Public Art San Antonio.)

The goal of the Urban Ecology Center is to educate the public about the ecology of the prairie and the way that water moves through our ecosystem. For more than a century, this was a dairy farm and cattle ranch. Before that, it was part of an enormous prairie ecosystem shaped by two elemental forces which were suppressed as agriculture and settlements spread: grass fires and the mass migration of buffalo. Architectural features in the park track the movement of water. Wallace wanted to draw attention to the role of fire in the evolution of the ecology.

Golden Age is integrated into several acres of restored grassland. Using off-the-shelf side-roll irrigator wheels clad in custom reflective hardware, Golden Age creates a flickering effect that alludes to the natural phenomenon of wildfire on a prairie. As the landscape matures, the gold rings will appear to hover just above the savanna, using the sun and wind to bounce light off the tops of the grasses, quietly drawing the eye out into the land and inviting contemplation of the natural world. The rings and their footings are designed to be lifted out (and put back) in the event of a controlled burn.

The title of the work refers to its color but is also somewhat ironic. The earliest attested reference to a golden age is 6th century Greek poet Hesiod's description of a good and noble era before the invention of the arts and private property, when the earth's abundance provided for all and people lived communally and in harmony with nature.