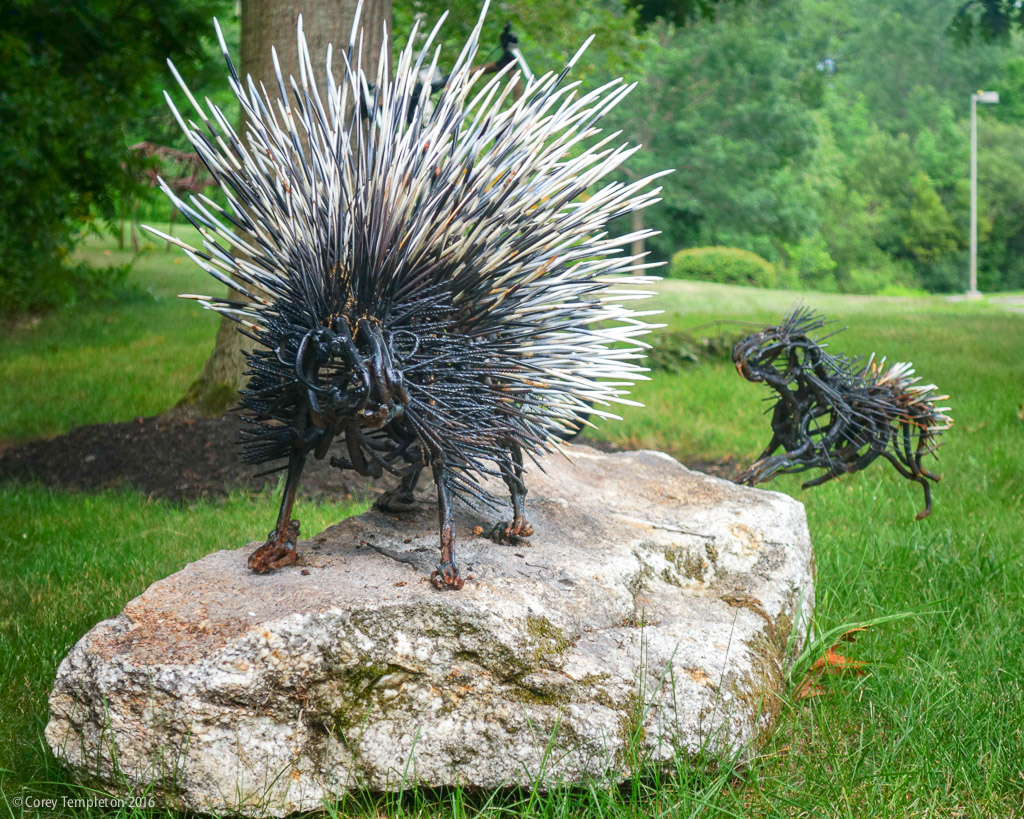 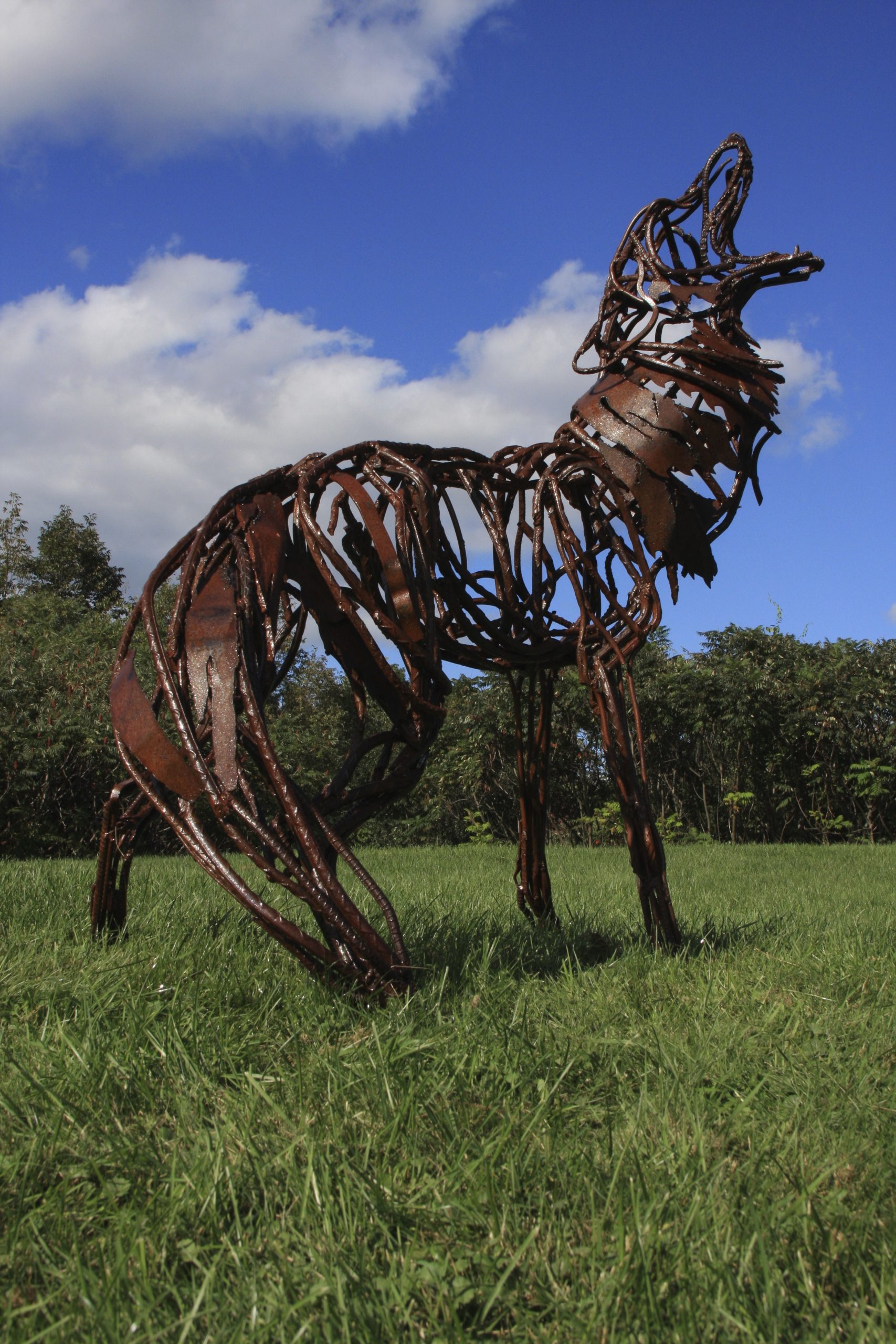 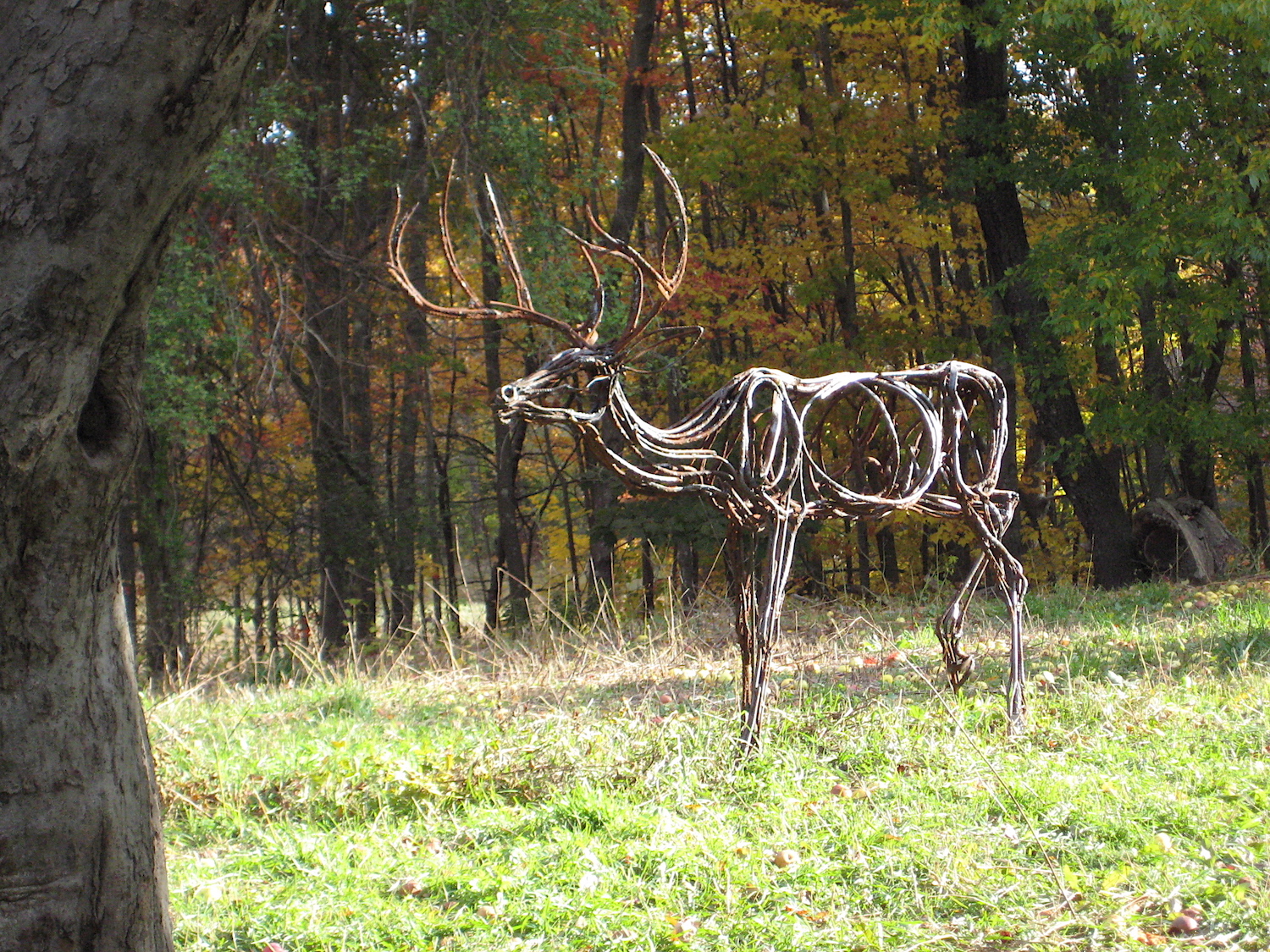 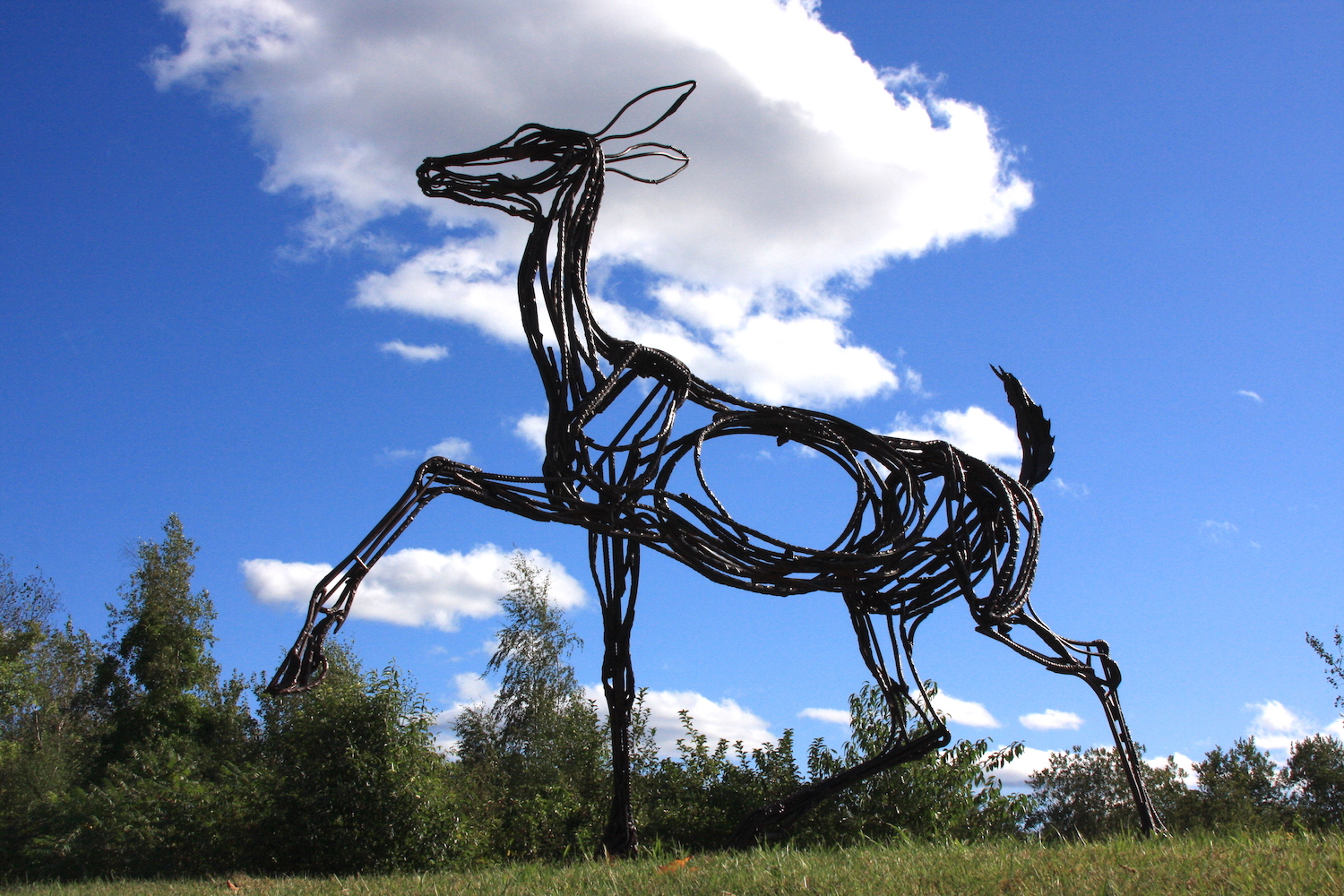 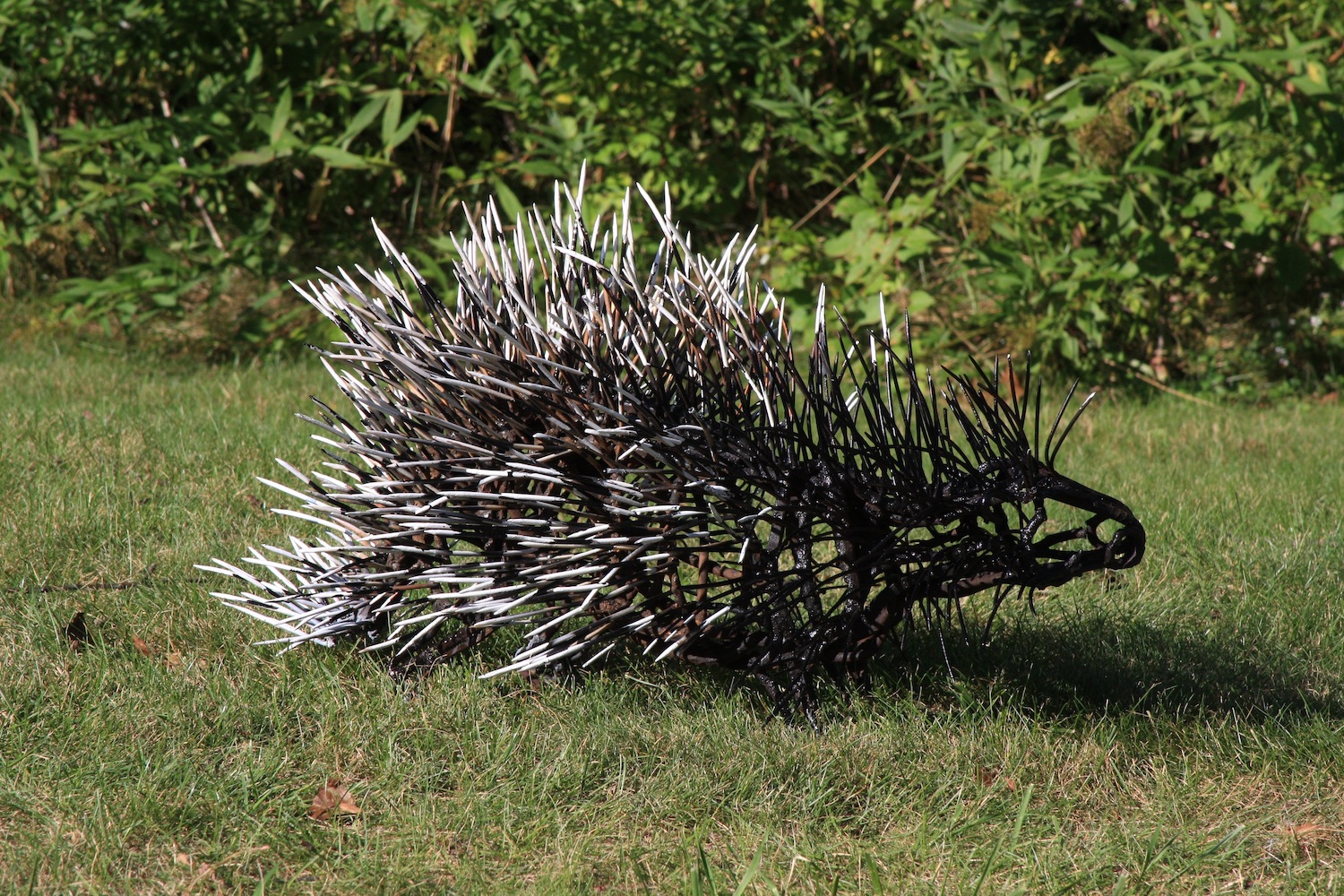 Client: City of Portland and the Portland International Jetport

Ten wildlife sculptures installed along the rolling hills of the entryway drive to the Portland International Jetport. The sculptures are made from salvaged steel, primarily rebar, and some are painted. They are about 1.5 times life, giving presence and vitality, but still evoking the experience of a sudden and unexpected glimpse of wildlife around a turn in the road. The animals are typical of Maine wildlife, although the wolf is extirpated; there is a movement to reintroduce them to the state. The installation acts as a welcome to travelers, to intrigue them to discover and explore the nature of Maine.

The sculptures were included in a solo show of my work exhibited for 1 year at Coastal Maine Botanical Gardens in Boothbay in 2009, and then at Maine Audubon in Falmouth in 2010. "Re-Imagined" was an exhibition of 21 larger than life sculptures that spoke to the extirpation of species, through hunting, habitat loss, and climate change. Represented were wolves, lynx, elk, as well as species currently thriving such as deer, fox, and porcupine. The gestural, skeletal forms allowed the environment to merge in the image of their bodies; their shadowy forms created a sense of appearing and disappearing before one's eyes. I hoped to evoke the larger than life presence a wild animal can hold in our imagination.

June LaCombe Sculpture, who has represented my work in Maine since 2005, organized these solo shows with me. One of her collectors, William Hamill of Yarmouth Maine (now deceased) purchased ten of the pieces. Together, he and June LaCombe, along with Paul Bradbury, director of the Portland Jetport, created a proposal for the Portland Public Art Committee. After many discussions and meetings, the Public Art Committee accepted the donation of this collection from William Hamill, with his condition that they be permanently exhibited at the Jetport. It was a true collaboration of many parties. It has become an emblematic and much loved piece of public art that has ben written about in the Portland Press Herald, Maine Magazine, and several other publications.