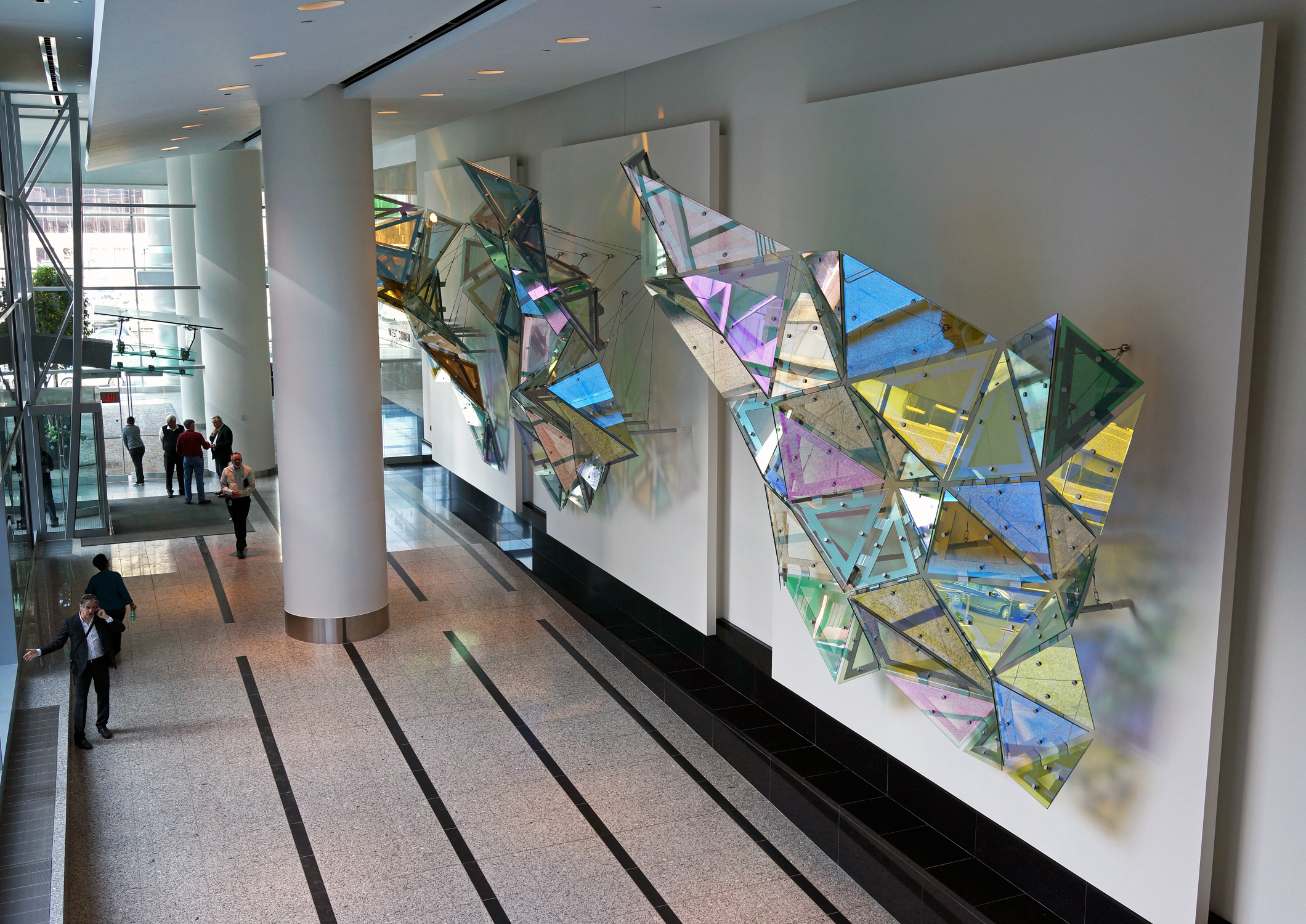 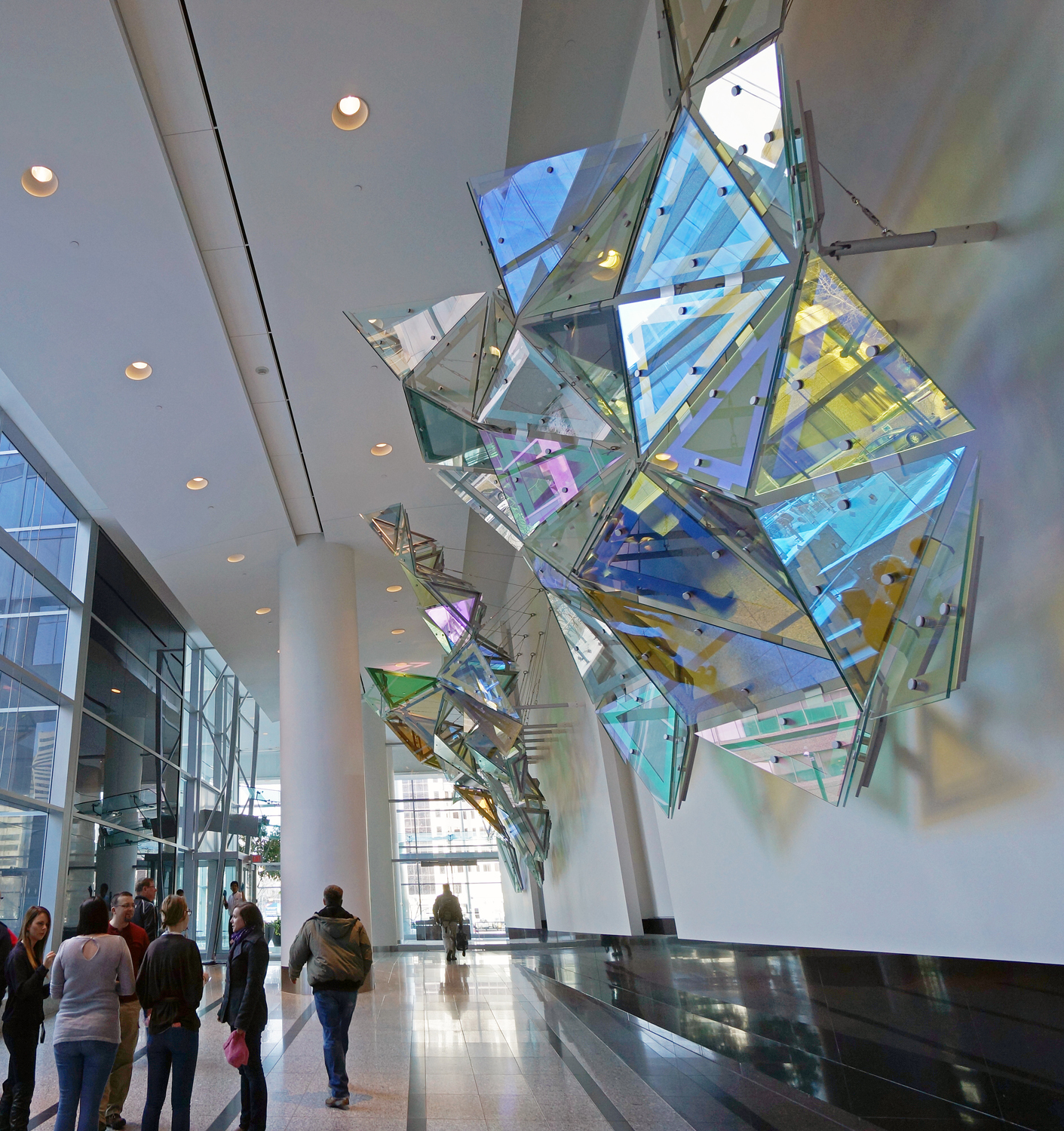 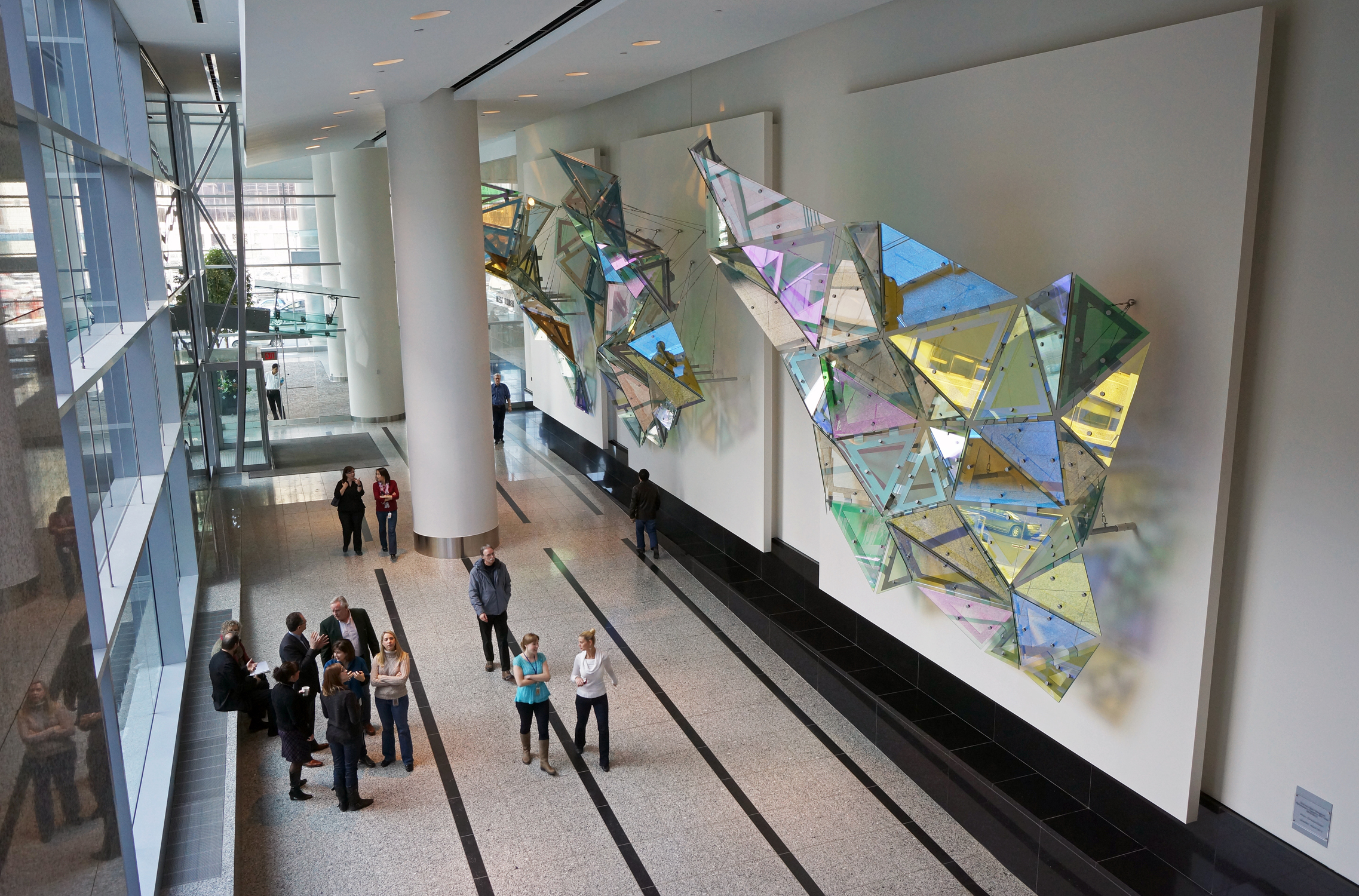 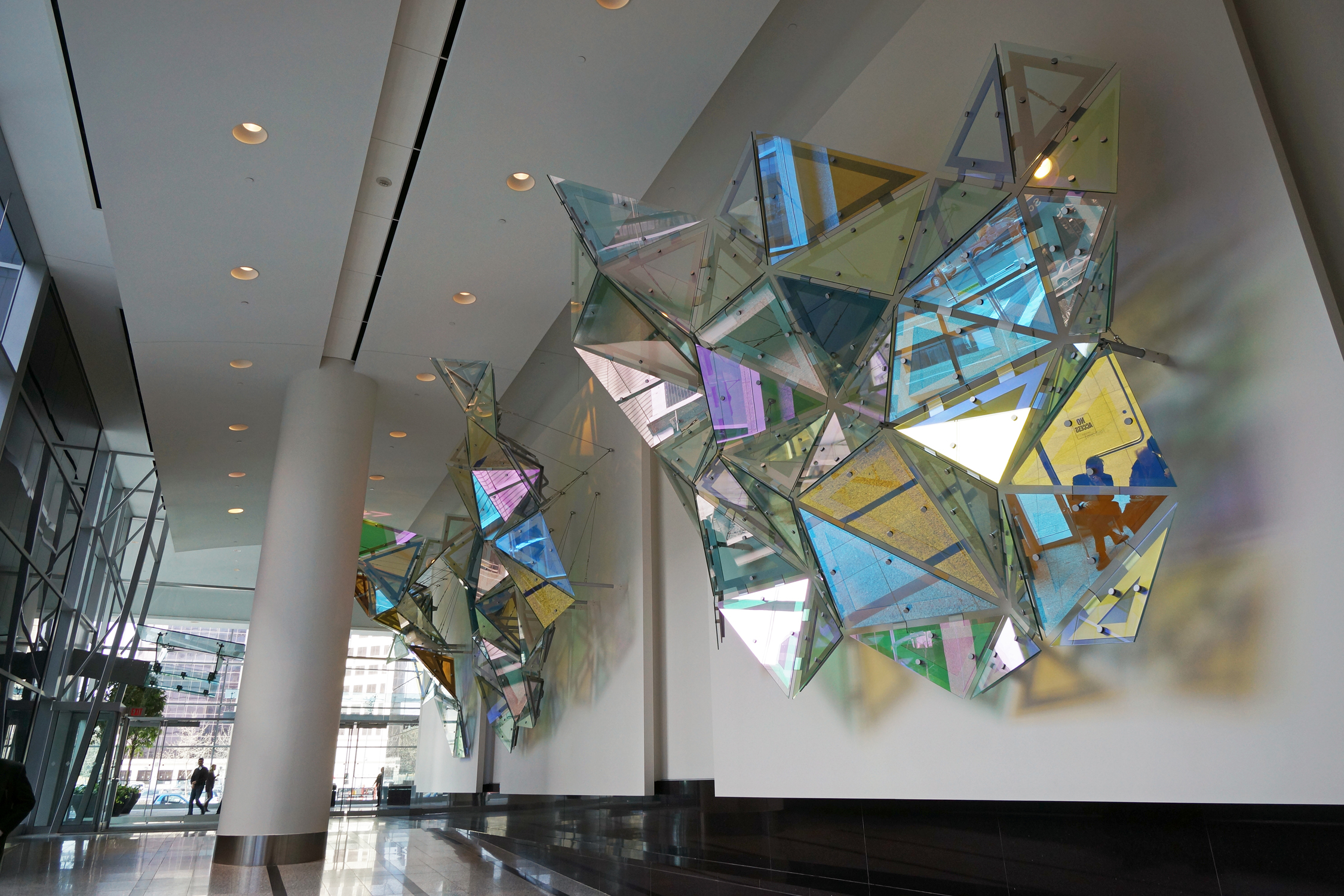 H.A.T Trick is a wall-mounted serpentine artwork occupying the pedestrian concourse of a “twin tower” complex realized in three sections and predicated upon the geometry of an undulating grid of three-dimensional hexagonal pyramidal forms, the predominant material of which is delicately colored iridescent and reflective dichroic glass presenting engaging interference properties.

“Three kaleidoscopic crystalline structures fracture and reflect the space between the West and East Towers of Centennial Place. The viewer is struck first by the scale and perfect proportions of the artwork, and artist Christian Eckart’s ability to harmonize surface and form. He enlists architectural dichroic glass (originally developed for NASA’s satellite mirrors) to create mesmerizing hexagonal clusters; they punctuate space at various angles, each glass component a different size, coated with one of six colours, and changing throughout the day. Eckart handles
aerospace materials with an innate grasp of Renaissance composition and affinity for the 19th-century philosophy of the Northern Romantic Sublime.” -Avenuecalgary.com, 2018