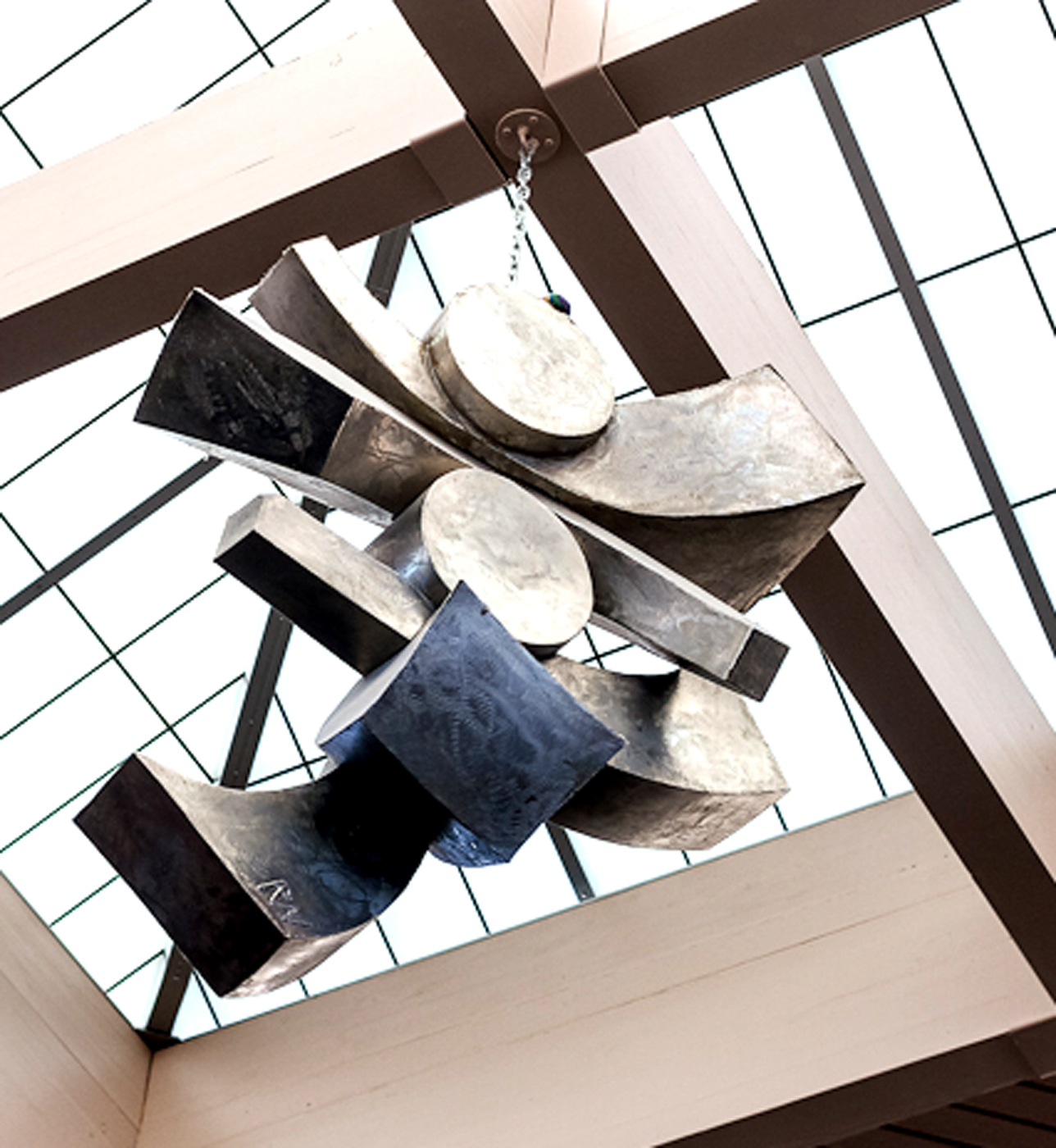 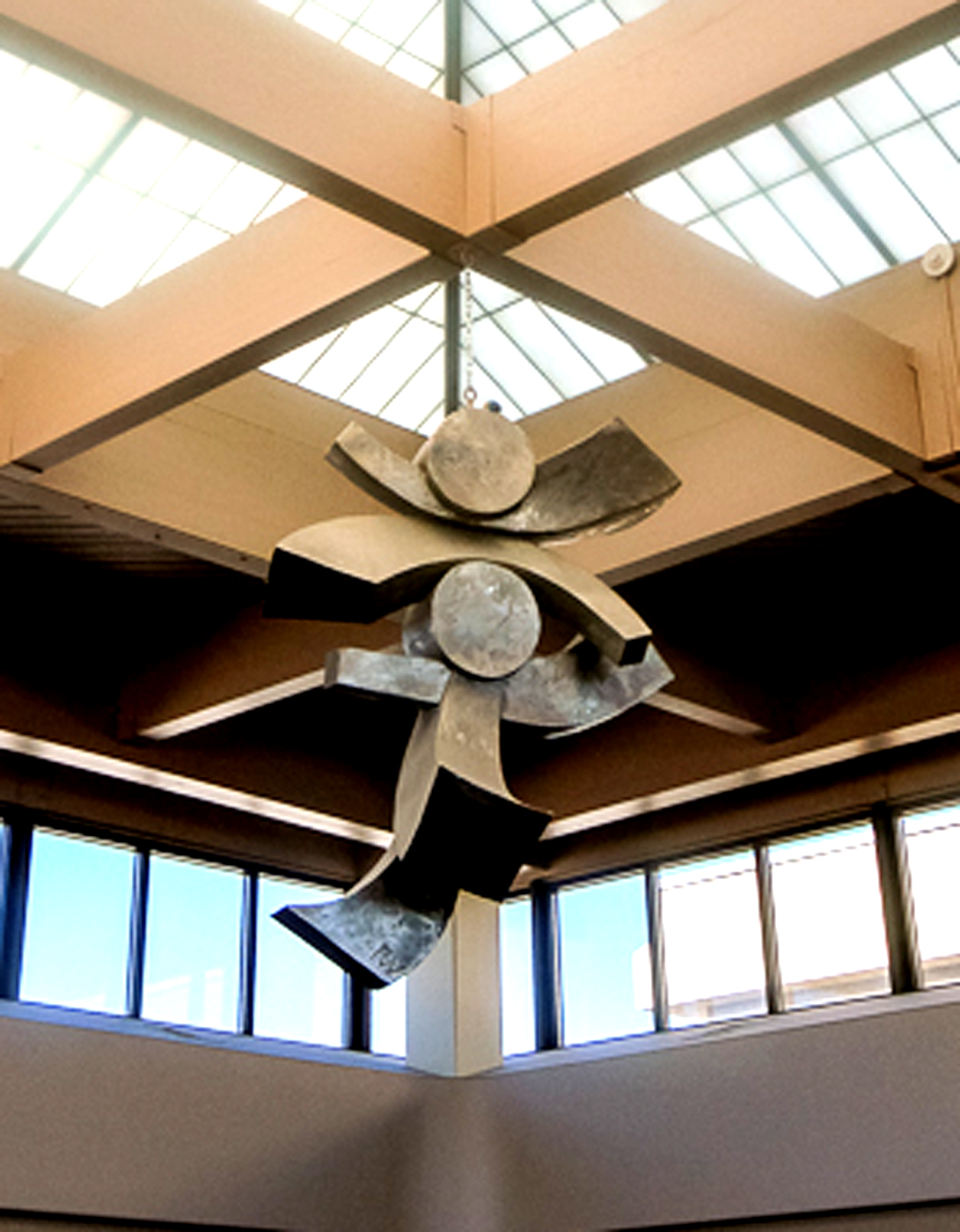 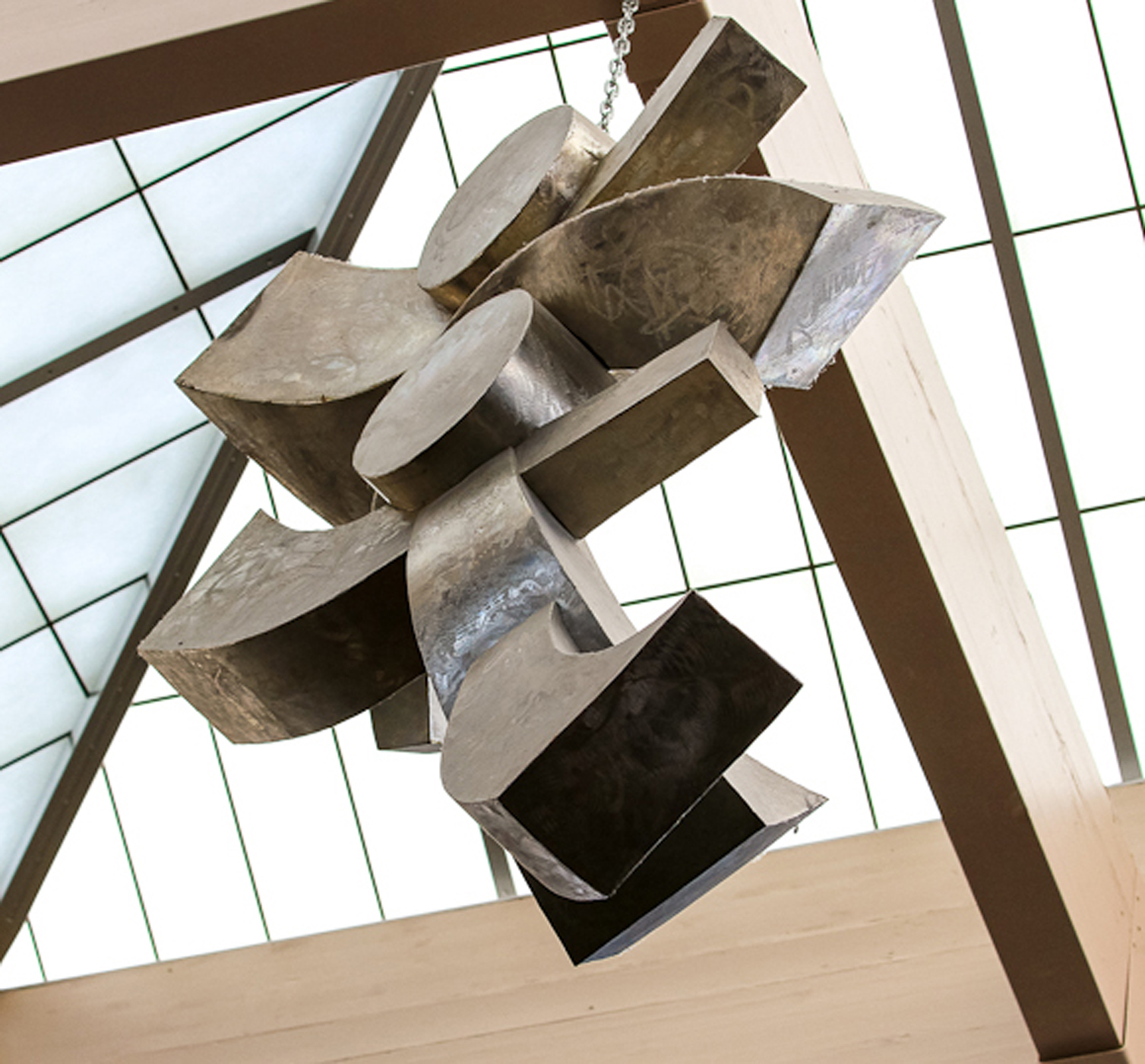 I was asked to create a mobile/sculpture in the upper area of the Student Union Building of CBC College, at the time a Community College, this has now become a State College. Below this mobile/sculpture are two levels, the balcony level houses administrative offices and the lower level is the student lounge.

The goal of this project was to create a mobile/sculpture that would reflect light onto the wall area as to give movement. The widows on the upper area provided the light and as the doors to the outside would open this provided the energy to move the unit causing light to bounce off the reflective surfaces of the mobile onto the wall areas.

I collaborated with the Director of the Associated Student Body on this project. He had seen my work in a show at the time the college was reaching out to commission work for this building and surrounding areas. Several other artists did outdoor sculptures. I made a visit to the school, developed the design, met with the Director, and laid out the concept for final approval.

While visiting the site after the work was installed I talked with students in the student lounge on the lower level. They appreciated the work and felt it gave off energy in the space even though it was hanging 30' above them. This Student Union building has since had an addition added to it and the work has remained. I was invited back to the College for a celebration after 20 years.