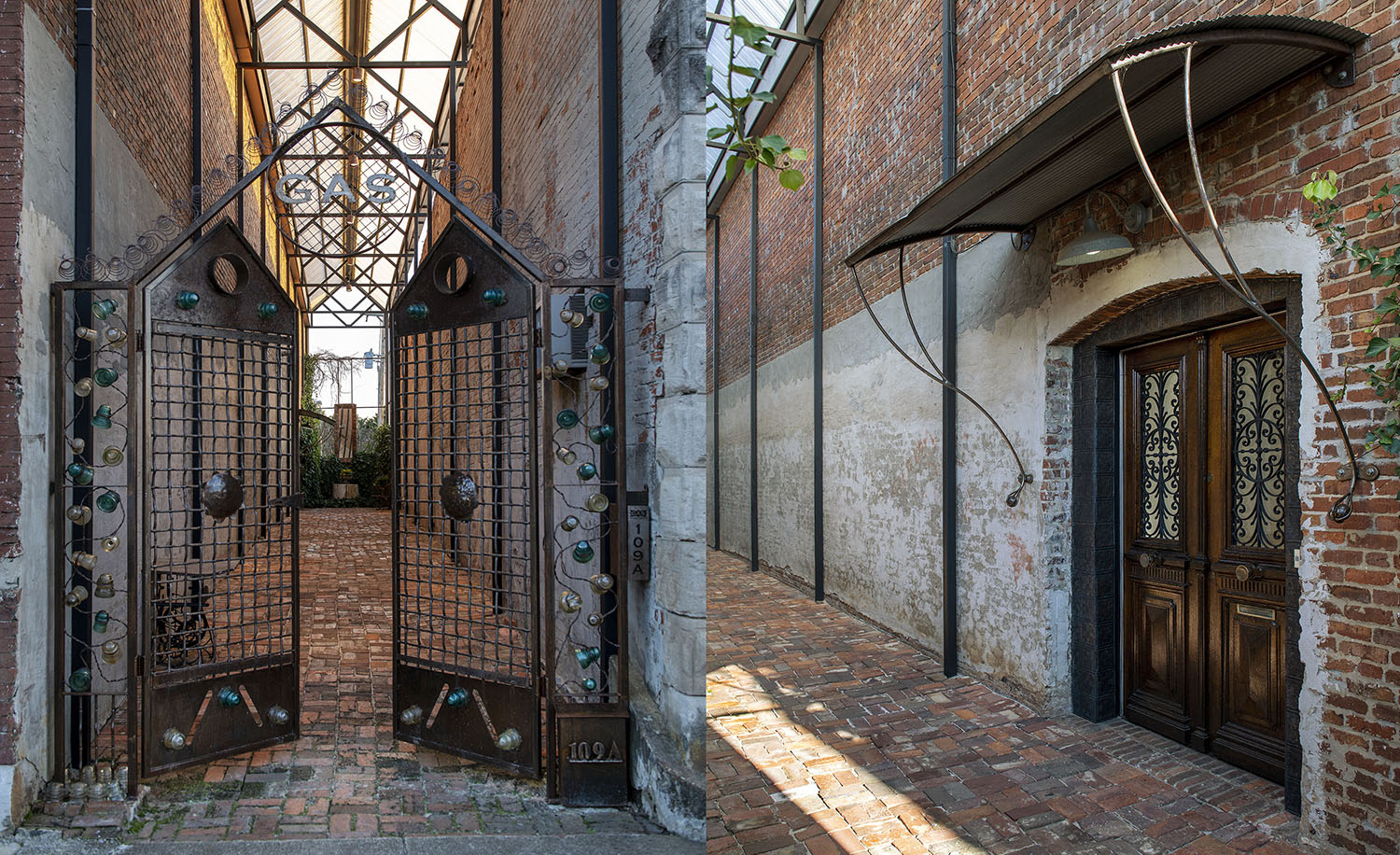 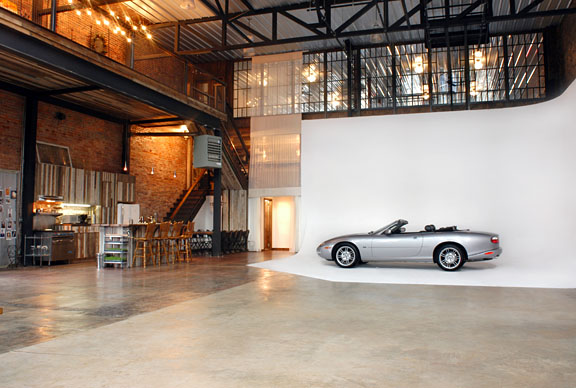 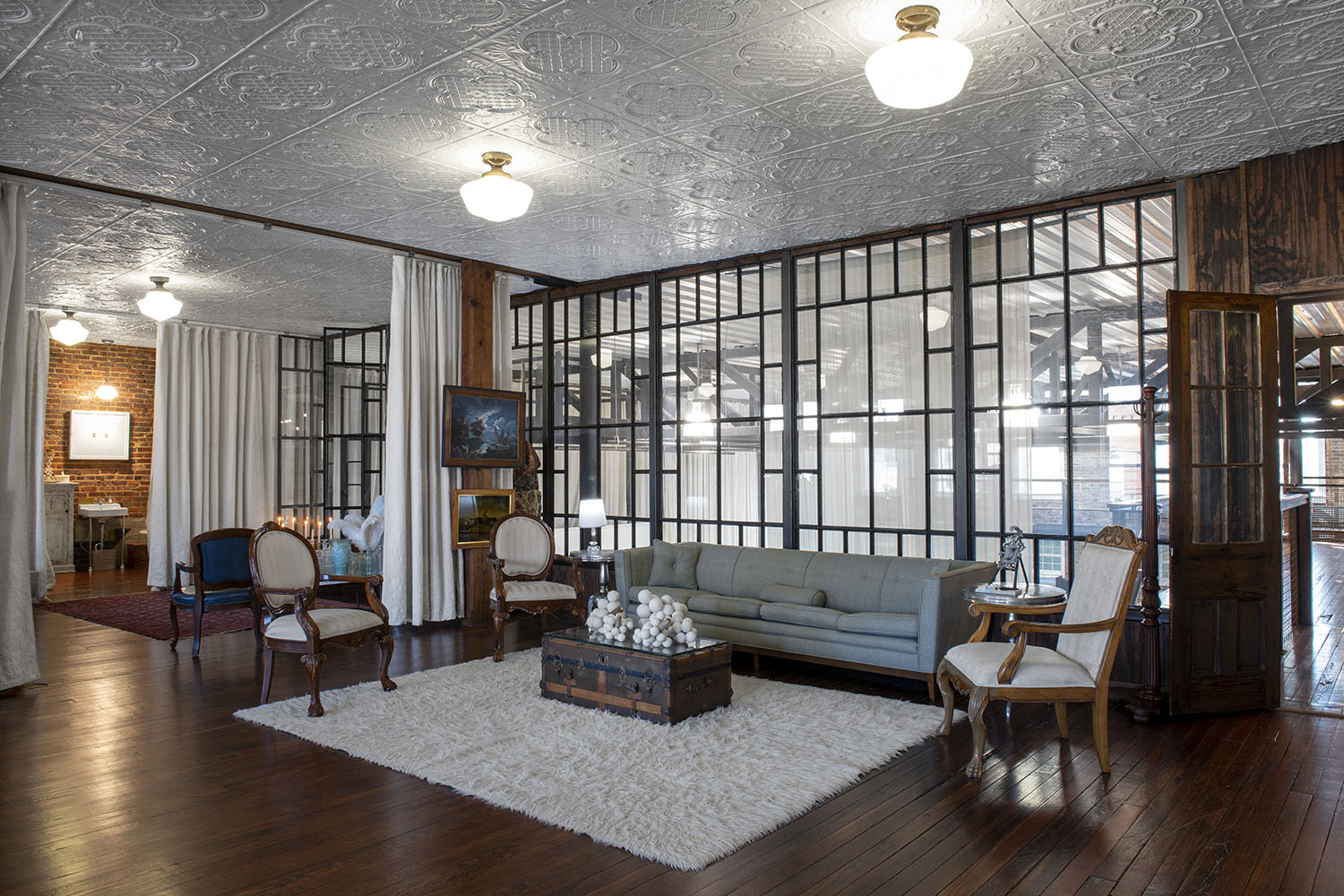 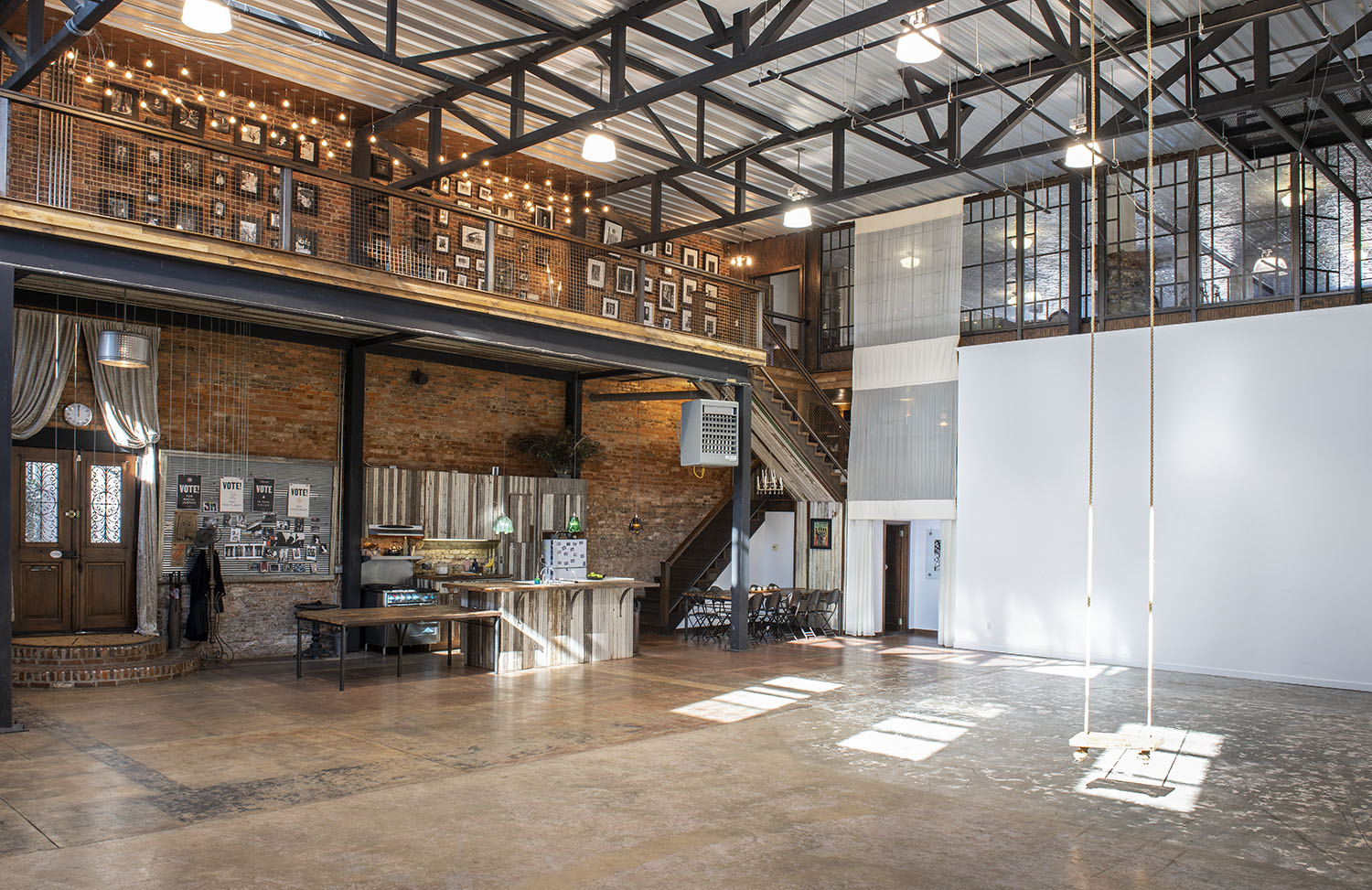 GAS Design Center is the biggest project Rausch has ever taken on. And, as with all his efforts, the result is a lasting, dramatically successful renovation and reinvention of a 100-year-old building that now takes visitors’ breath away.
Main Photo: gates and door awning made from recycled found metal and glass objects
1. Two story open shooting area.
2. Loft – mezzanine area over looks the studio.
3. Living/Green space/holding area
4. Out door partition wall made from cut bent and welded steel with stacked view of dinning area and second floor stairwell.
5. Main studio area with mezzanine and entry way and kitchen area.

Tuscumbia, Alabama was a city on the verge of collapse. The goal for Robert and a handful of other visionaries to repurpose the biggest buildings in the small downtown and literally re-invent them for a new future.

As Robert was conducting the massive restoration project at his building, he worked in tandem with others who purchased nearby buildings to restore and all with noted business and community Harvey Robbins who was in the midst of making the most substantive investments into the community. The result has been that much of downtown has gotten the investment and care required to ensure that Tuscumbia's future will be as bright as its past. And that has happened by countless people working together for the last several decades when these efforts first launched.