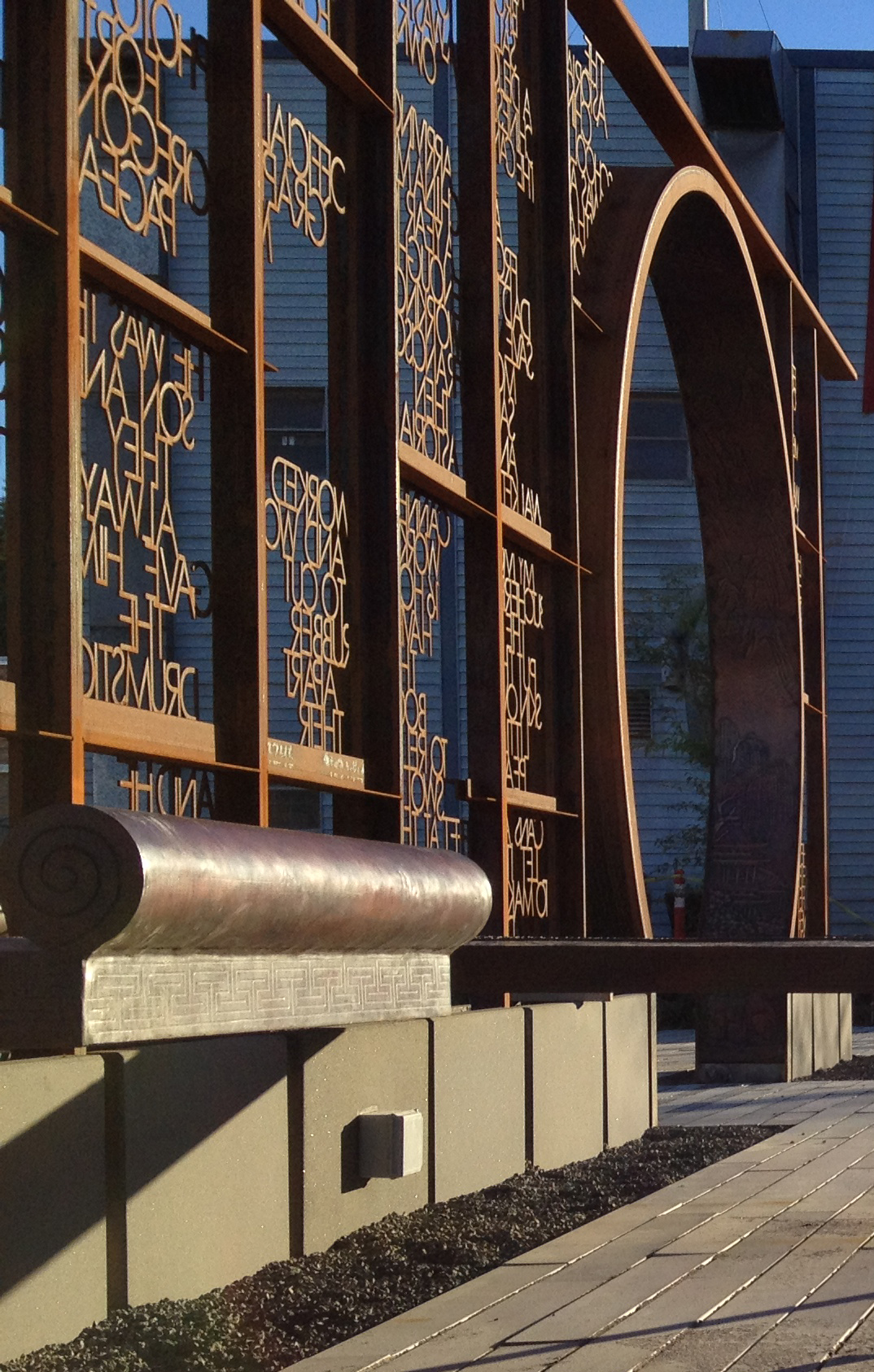 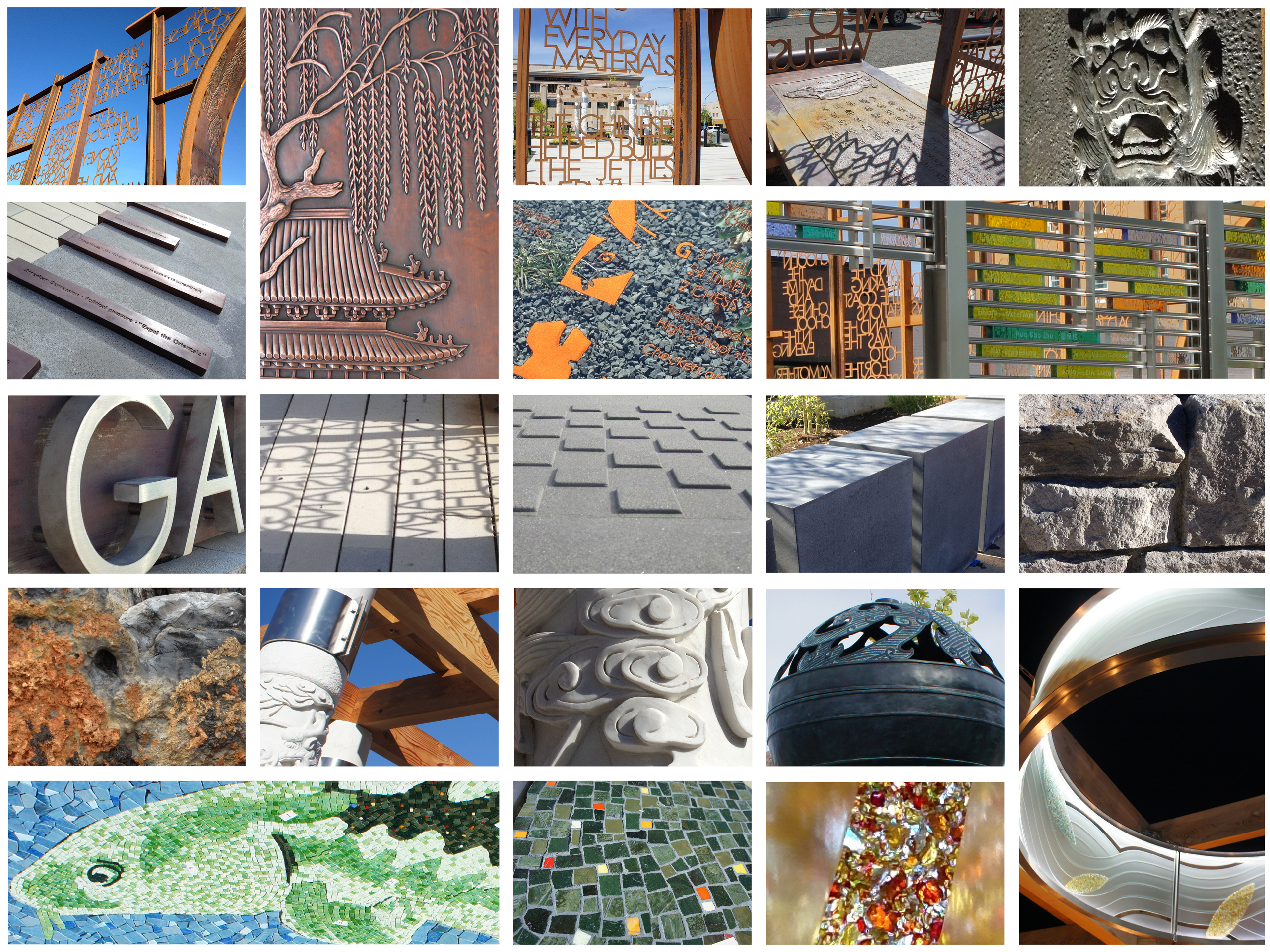 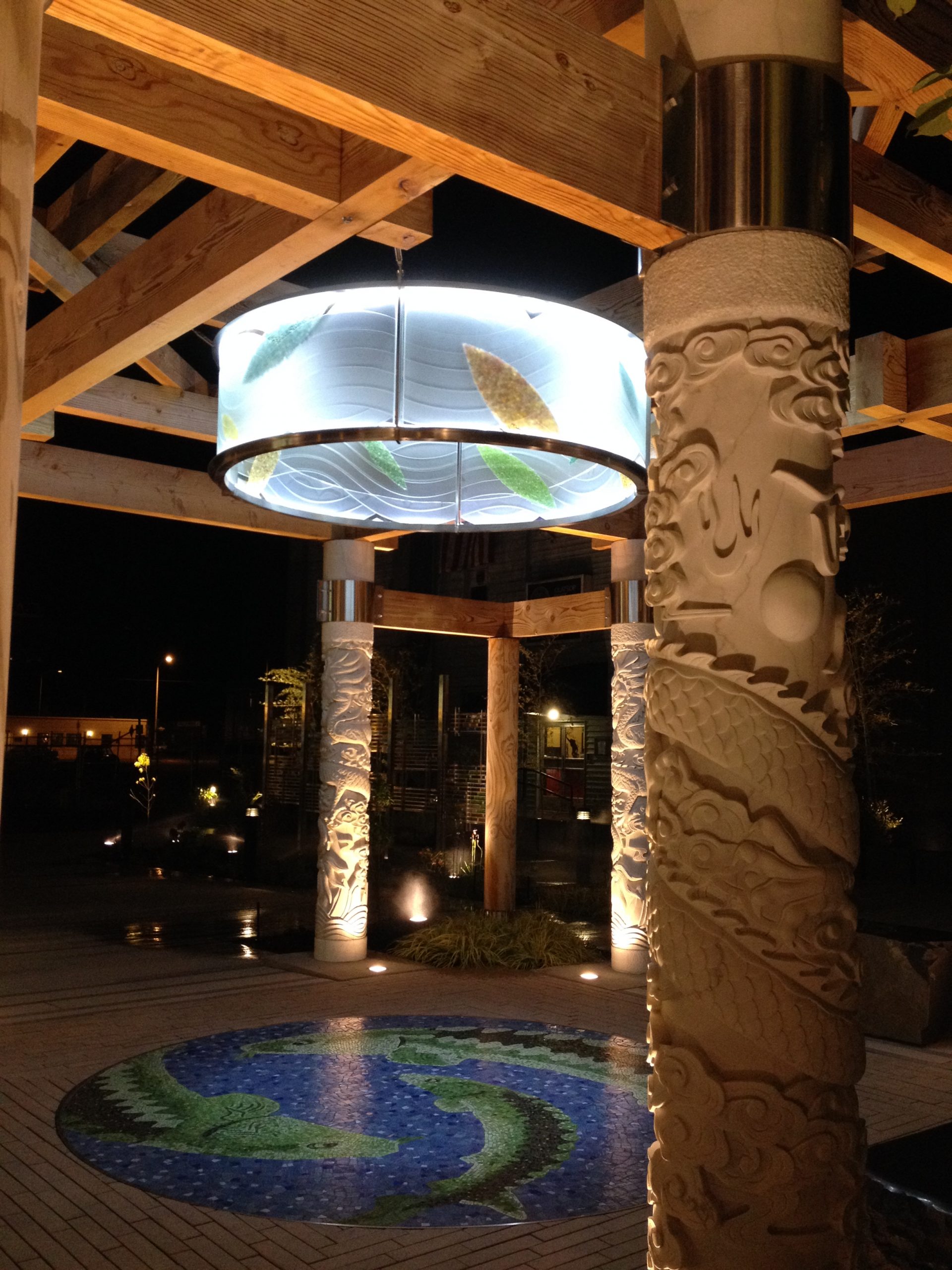 Astoria, Oregon (population 10,000) has a rich history of settlement by many diverse ethnicities. Founded as a trading post in 1811, Astoria has never had a true town square. Eight years ago, the city realized it was remiss in acknowledging the contributions of Chinese immigrants to Astoria’s growth and development, so the City embarked on a project to create Heritage Square and the Garden of Surging Waves. All cities have stories to tell. The project team, led by urban designer Suenn Ho, sought to create an interpretive public plaza that tells of the immigrant Chinese experience.

For this interpretive urban space, design goals were rooted in the idea that sculptural art, in concert with architectural and landscape elements, can create a learning and contemplative environment. The design would episodically evoke the journey of immigrants from distant places to a new home and a new life. Equally important was the need to create a sense of community ownership of this first phase of Astoria’s town square. While acknowledging the Chinese immigrants that built the river walls and jetties, constructed the railroads, and worked the fish canneries, the Garden is telling a story of hardship and achievement that is shared by all Astorians.

Other goals included creating a balance between traditional Chinese art pieces (that connote traditional Eastern values) and more contemporary works. Similarly, a balance between custom artwork imported from China and works produced by local/regionally-based artisans was desired. In all cases, media/materials were selected to avoid maintenance issues and allow the art to age gracefully over time.

This project would not have been possible without the constant and non-wavering support of the City authorities. The City’s empowerment of the advisory committee, the design team, and its own staff led to fundraising events, community involvement and the realization of an urban place created by art that tells the immigrant story.